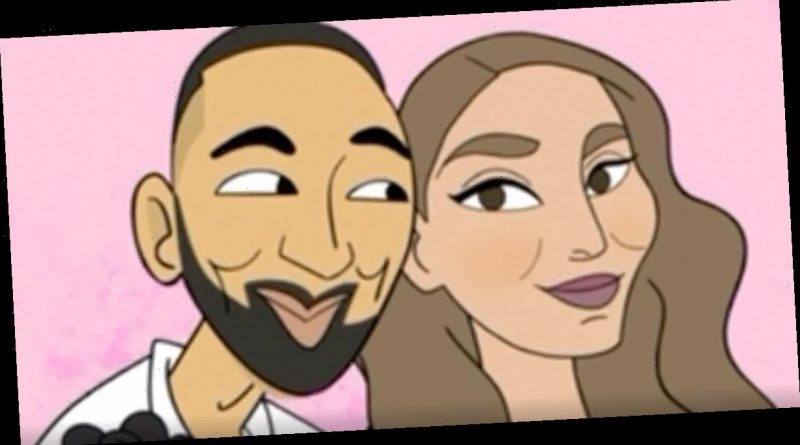 After kickstarting Valentine’s Day weekend with an at-home concert, John Legend and Chrissy Teigen decided to spread a little more love. In honor of the romantic holiday, Chrissy shared an animated video, narrated by John, that tells their love story from the very beginning. “Happy Valentine’s Day! Here’s a little love story,” Chrissy captioned the post. “I had a good friend of mine named Nabil Elderkin,” John began as he recounted the day Chrissy was hired to star in the “Stereo” music video. “He knew her and thought she’d be really cool, and he also thought I would like her. Well, Nabil was right . . . We had chemistry.”

John and Chrissy quickly became inseparable, texting, flirting, and going on dates whenever John was in LA. “I would text her and she would write me the funniest replies,” he said. After a trip to Villa d’Este at Lake Como in Italy, John knew he and Chrissy were meant to be. “As we were saying goodbye at the airport, I knew I had fallen in love with Chrissy Teigen.” Seven years later, the couple returned to Lake Como for their wedding and later filmed the music video for “All of Me” there to commemorate the trip that made them realize they were in love. “Our love story started with flirtation, conversations in the dark, and blossomed into a marriage and two beautiful kids.” Relive all the sweet moments from John and Chrissy’s love story here.