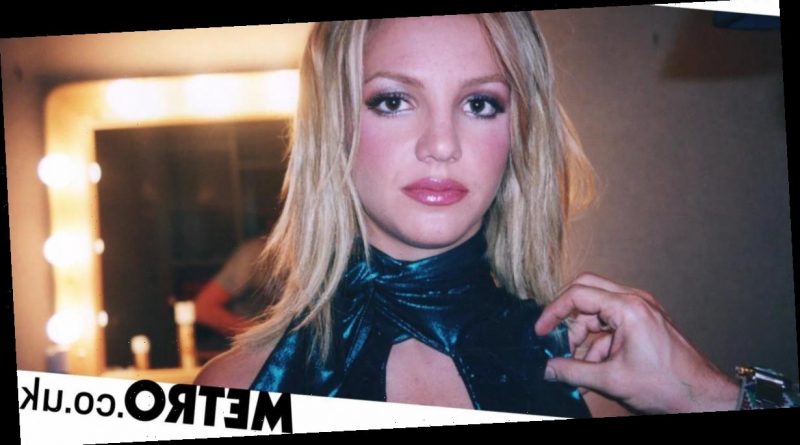 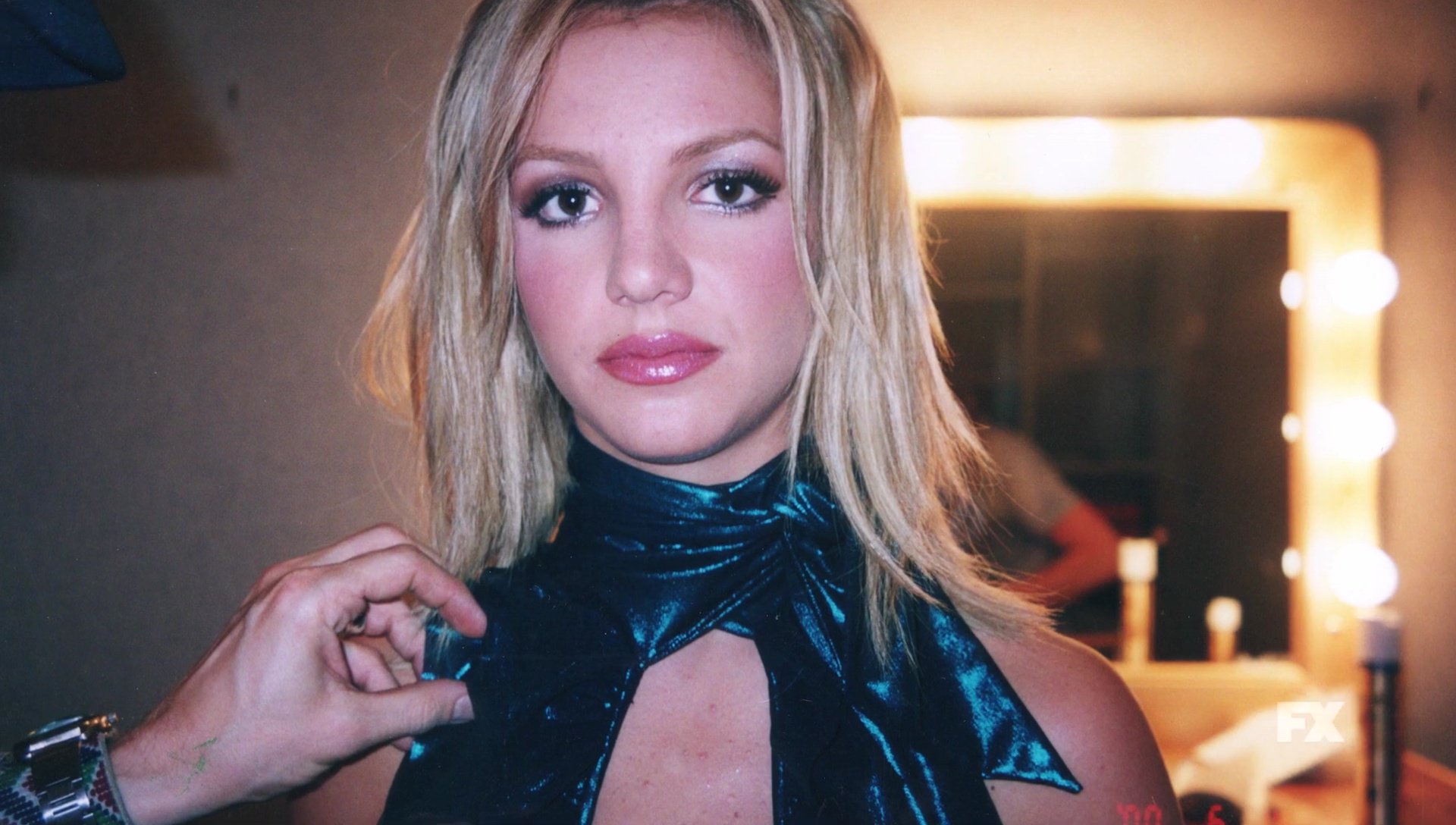 Britney Spears may not have worked for over two years, but her 20 year-long career is still of worldwide interest – partly due to the insatiable voracity of her fans, but also due to the mysterious intricacies behind her controversial conservatorship.

Conversation around the 39-year-old popstar has been reignited thanks to New York Times Presents: Framing Britney Spears, a one-off documentary that explores the nature of this conservatorship, run by her father, Jamie, and Britney’s efforts to remove him from it.

However, in order to explain how Britney – a woman who has smashed world tours, had a hugely successful Las Vegas residency and nine hit studio albums – found herself with a guardian safeguarding every aspect of her life, the documentary has to explore the rampant sexism and misogyny Britney endured throughout her career.

It is something so widespread, Framing Britney Spears spends 44 minutes of its 74 minute runtime explaining the extent of it.

And even the documentary wasn’t able to cover all the times she was up against it. It’s made clear the system was rigged against Britney from the very outset.

When she was just 11 years old, she had to face comedic but clearly uncomfortable comments from Star Search host Ed McMahon about whether Britney had ‘a boyfriend’ and when she said no and that boys were ‘mean’, McMahon asked: ‘What about me?’

As one of the talking heads in the documentary so distinctly puts it: ‘Because clearly there’s nothing else we could talk to a young girl about, right?’

As Britney grits her teeth into a polite grin and looks away (a grimace familiar to all women who have had to awkwardly side-step uncomfortable conversations) the questions about Britney’s relationships, love life and even the state of her hymen have been constantly up for public consumption.

After being launched into superstardom aged just 16 with Baby One More Time in 1998, the music video saw her wearing a school uniform – becoming the ultimate paradox.

The fact that the sexy schoolgirl trope is still instantly recognisable, even today, only underlines how entrenched this level of sexism is in society.

Despite the overwhelming problematic undertones of fetishising underage girls, the stereotype exists because we expect schoolgirls to be innocent, with the fantasy revolving around defiling them.

Should they fail to live up to that expectation, they are ridiculed and discarded – something that happened to Britney and can be still seen today.

Take Love Island for example: in 2019 Maura Higgins stunned the rest of the villa when she said she’d only slept with six people, with Molly-Mae Hague praising her for keeping her number ‘low’. Women are still exhaustingly tied to this pointless idea of ‘purity’, despite the fact it means literally nothing tangible.

Britney Spears was marketed to be similarly pure and wholesome; she was the sweet girl-next-door straight from the Mickey Mouse Club, the archetype of an All-American girlhood who was too innocent to be a sexual being, yet was repeatedly sexualised by the media.

Framing Britney Spears portrays this sexual/innocent paradox around Britney with startling and shocking accuracy, with one interviewer asking 18-year-old Britney about her breasts, while another journalist at a press conference inquired whether Britney was still a virgin.

As a very young child when Britney hit mainstream success, I was not aware of the narrative that was being increasingly peddled around the star, but watching back snippets of the documentary through fresh adult eyes made me increasingly uncomfortable and ashamed.

Countless people in a position of power who should have known better let a teenager be pawed over in such a grubby way – and faced no repercussions for her breakdown in any way.

Outside of the documentary, we can see an interview written by Rolling Stone, profiling the singer aged just 17, which reads: ‘Britney Spears extends a honeyed thigh across the length of the sofa…The Baby Phat logo of Spears’ pink T-Shirt is distended by her ample chest, and her silky white shorts – with dark blue piping – cling snugly to her hips. She cocks her head receptively and smiles.’

It’s a slippery oil slick of an introduction, reducing a bright young starlet to an assortment of body parts.

Of course, Britney was not the only young woman in the spotlight to have her life under such scrutiny. She was regularly and routinely pitted against fellow Mickey Mouse Club graduate Christina Aguilera, with media outlets at the time pushing the narrative that they were ‘feuding’ with one another – almost as if there just simply couldn’t be room for two female solo singers at once.

It’s a conversation Xtina herself hit out against. ‘I remember being hurt by these commercials on MTV, pitting Britney as the good girl and me as the bad girl,’ she told Cosmopolitan in 2008. ‘It’s like, if I’m going to be demure and innocent, that’s okay. But if I’m going to just be myself, I’m trouble.’

In fact, Christina has wished Britney nothing but well in more recent years – in 2011 publicly tweeting Britney support on the release of Femme Fatale and a year later wishing her well in her panelist role on the now defunct The X Factor.

But for so many years, the rivalry that the pair hated each other behind the scenes was played up for magazine copy, relying on the tired bitchiness and catfight trope that women all secretly hate each other and cannot bare to see another woman’s success (a cliché that can instantly be debunked if you ever head into a woman’s bathroom in a nightclub).

As much as the public drank up Britney’s music, cementing her as a break-out star in a time dominated by boy bands, she was quickly chewed up and spat out.

In a sickening montage in the documentary, journalists were shown to be gleeful as they dissected the latest chapter in the Britney saga.

We may not see serious news anchors in the UK drinking up controversial showbiz stories with such open satisfaction in 2021, but arguably the appetite for seeing women fall from grace is even more unquenchable.

Even when it was palpably clear that she was a young woman at her most vulnerable – with Framing Britney Spears suggesting she maybe suffered from post-natal depression – Britney became a cheap punchline, a topic of gossip, and perhaps in its most crass, a segment on a 2008 episode of Family Feud (where the host asked what Britney Spears had lost in the last year, and people responded with ‘her hair’, ‘her husband’ and ‘her sanity’).

It’s easy to dismiss these horrifying examples of sexism and the callous, jocular treatment of mental health as the result of a bygone era.

We may feel a sense of relief that an interviewer would be quickly called out should they question a teenage girl on her virginity in 2021, and outraged that so many people managed to get away with it when it comes to Britney’s case.

But sexism is insidious by nature, intricately sewn into the fabric of society and still evident in every aspect of our lives.

While journalists may have toned down their line of questioning since the noughties, the prevalence of social media has allowed for a new form of bullying, with all-out aggressive, vicious language entering the discourse as people dare type threats they’d never dream to say in person.

While male celebrities have often faced the wrath of a Twitter pile-on, women in general get a far worse deal online; a 2017 survey by Amnesty International saw 23% of women say they experienced abuse online at least once – with 59% of women who experienced abuse or harassment said the perpetrators were complete strangers.

While we have all preached about the #BeKind movement, there are still countless amounts of threats, anger and rage directed at female public figures constantly – only now, everyday people are responsible for it.

Society may have let down the female celebrities of 20 years ago, but now with the power of hindsight, we have a duty to protect and safeguard these young girls from these pitfalls of fame and the toxic environment we fostered for Britney.

To do this, we must look inwardly towards our own behaviours and take the time to think through the consequences of our actions. Do we need to send this bitchy tweet out to an open forum? Is it essential we click on that story showing a woman in a state of distress? Could we call out the man who made a crass remark?

We may have failed her then but we owe it to Britney – and every other young female celebrity we have demonised – to stop the same mistakes being made again.

Will we really learn from the retelling of Britney’s story? I’d hope that people who have watched Framing Britney Spears will now be re-examining the part we all had to play in creating this mess.

But deep down, I know it’ll take far more than one documentary for real change to happen. And by then, it may all be too little, too late.