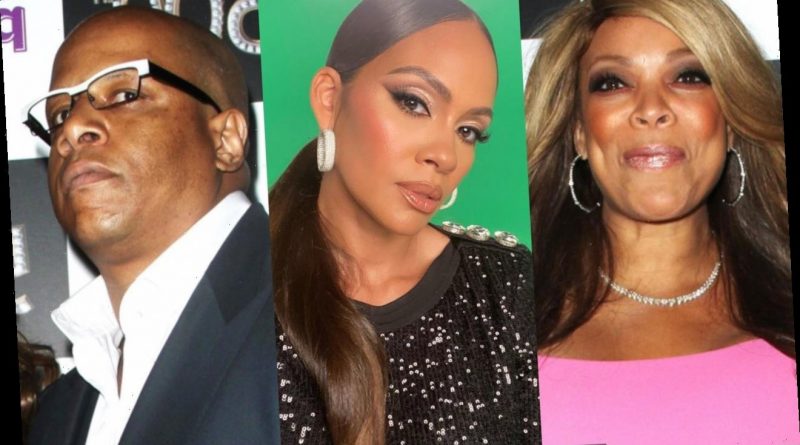 In a new interview, Wendy shares, ‘Evelyn got right at me,’ adding that she’s ‘still waiting’ for an opportunity to apologize to the ‘Basketball Wives’ star one-on-one.

AceShowbiz –Wendy Williams continues to get candid about her life as she launched her TV documentary, “Wendy Williams: The Movie“. The TV host has opened up more about herself in a series of interviews, one of which sees her explaining why she needs to apologize to Evelyn Lozada.

In a new episode of “Watch What Happens Live with Andy Cohen“, Wendy detailed that it had something to do with her ex-husband Kevin Hunter. Wendy shared that she shaded the “Basketball Wives” star about her choices of men years ago. That prompted the reality TV star to fire back in a tweet.

“Since u want me 2 open Dulce n LA. Maybe ur man can come 2 that store & purchase shoes 4 another woman like he did @ my Miami store. Bloop!” so Evelyn wrote at the time, referring to her shoe store, Dulce. “Oh…BTW…he purchased the Casadei suede over the knee boots triple platform just in case you wanted to know.”

“Evelyn got right at me,” Wendy shared in the new interview, adding that she’s “still waiting” for an opportunity to apologize to Evelyn one-on-one. “She had that shoe store in Miami and she told me in no uncertain terms through another housewife–Evelyn wasn’t invited on the show anymore and Evelyn was spreading this rumor that Kevin was with another girl that wasn’t me clearly and was buying a pair of size not-11-and-a-half woman’s shoe.”

She continued, “I want to apologize to Evelyn because she saw something that I didn’t–I knew he was cheating at that time, but I didn’t realize he was having the balls to actually go out and introduce her to his boys and take her on vacation.”

Wendy filed for divorce from Kevin Hunter in April 2019, ending their 22 years of marriage. It arrived after he fathered a child with another woman, Sharina Hudson.