Home » Celebrities » What BTS Album Is 'Ddaeng' On? 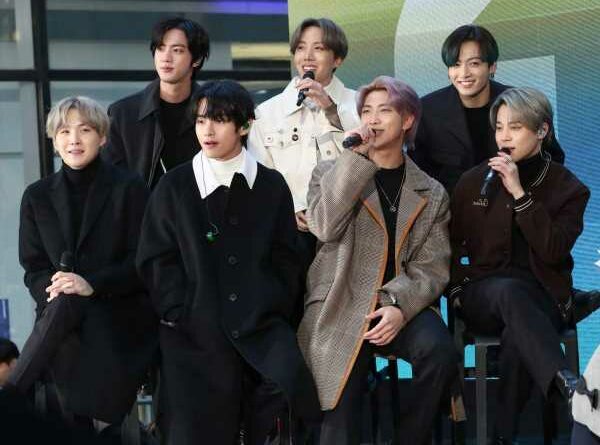 The BTS members released unofficial solo songs and even some sub-unit diss tracks. That includes the 2018 release, “Ddaeng,” which featured performers like RM, Suga, and J-Hope.

Here’s what we know about this BTS song and how to listen to it.

This K-pop group is known for its upbeat and uplifting releases, including “Dynamite,” “Butter,” and “Permission to Dance.” They’ve also released several diss tracks, some of which became favorites of fans worldwide.

That includes the song “Ddaeng,” which debuted in 2018. This track was co-produced by BTS’ Suga and released in anticipation of the group’s fifth anniversary on June 13. According to Billboard, “an onomatopoeic word that emulates the sound of a ‘bell’ that is comparable to “ding” in English, ‘ddaeng’ often is used to represent a wrong answer.”

What BTS album is ‘Ddaeng’ on?

It’s a favorite song of many ARMYs. However, because this is technically not an officially released BTS song, “Ddaeng” is not included on an album. It is also not available for streaming on music platforms like Spotify and Apple Music.

That means to listen to live versions of this song, ARMYs have to head to YouTube. Some songs primarily featuring the rappers of BTS, though, are available on most major platforms, including “Outro: Her” and “All Night.”

BTS has other diss tracks, performed by the ‘rap line’

In the original recording, RM, J-Hope, and Suga are the three BTS members who performed this song. Other BTS idols, including V, Jungkook, Jimin, and Jin, sometimes take their turns rapping this diss track, especially when performing live for fans.

Over the years, BTS released diss tracks featuring the rappers. That includes “UGH” off of Map of the Soul: 7 and “Outro: Tear” from the album, Love Yourself: Tear. There’s also the “Cypher series” released over several years.

V often shares his love for BTS’ rap-related songs. The boy band let the singer rap a “Cypher pt.3” solo stage for a Bangtan Bomb. The other members stood around V, only somewhat impressed.

The rapper, songwriter, and producer, Suga, released several albums under the stage name Agust D. He also premiered the track “Daechwita” and its corresponding music video.

“It’s not a diss intended to diss. Rather than criticizing a specific someone, I’m just expressing my self-confidence,” he said, according to Elite Daily and a fan translation. Although he did add, “If it bothered you, that’s your problem.”

Music by BTS, including the Map of the Soul: Persona song “Make It Right,” is available for streaming on Spotify, Apple Music, and most major platforms.