Home » Celebrities » What We Know About Bachelor In Paradise Season 7 Release Date, Cast, And How To Watch 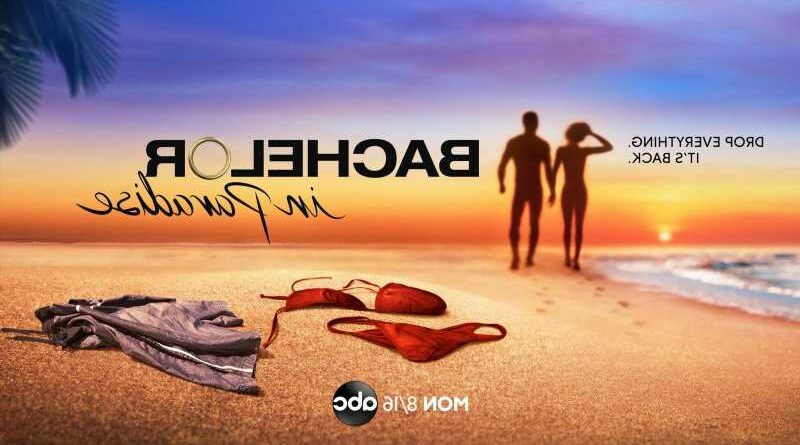 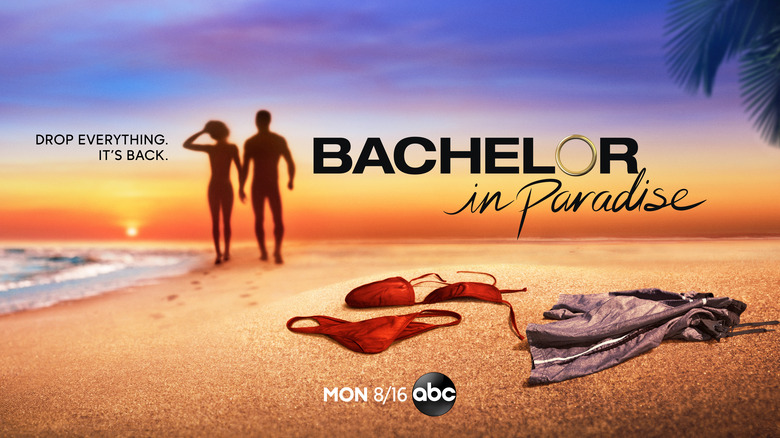 “Bachelor in Paradise” has become a summer staple for fans of the reality television dating franchise. The series features men and women from previous seasons of “The Bachelor” and “The Bachelorette” as they continue their journeys to find love with one another while camped out on the beach with other shirtless and bikini-clad singles. Insider reported that “Paradise” is the perfect show to fill the gap between “The Bachelor” and “The Bachelorette.” The tone is much more lighthearted and comical, and of course, the tropic setting makes it the ideal summer reality series for fans to sink their teeth into.

In addition, the series gives viewers the chance to see some of their favorite stars of the franchise again and root for them to find the one, which obviously didn’t happen for them the first time around. The show also features a surprise element and new cast members are brought in throughout the process while others are eliminated each week. Of course, with all of those sexy singles also comes some big drama, and “Paradise” is known to get heated in more ways than one. So, when is “Bachelor in Paradise” making its big return to television?

Bachelor in Paradise returns on August 16 with new hosts 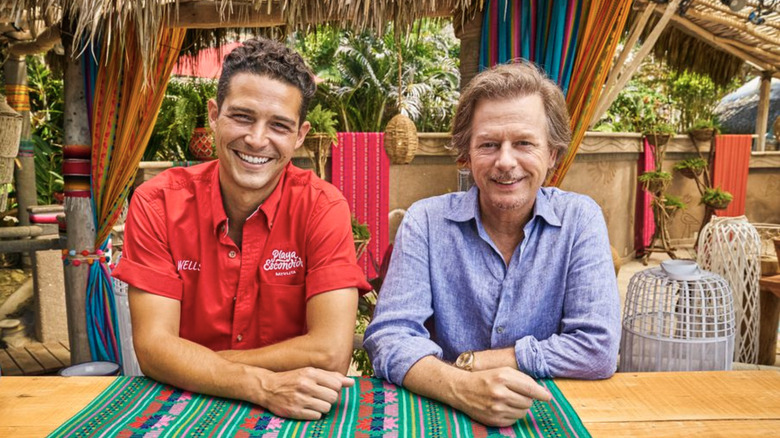 Fans won’t have to wait long to see their favorite “Bachelor” nation castoffs return for “Bachelor in Paradise.” Now that Katie Thurston has ended her run as “The Bachelorette,” and is seemingly living happily ever after with her hunky fiancé Blake Moynes (via People), it’s time to get back to the beach for the official return to “Paradise.” Fans of the summer series know that the show didn’t air last summer due to the COVID-19 pandemic. Although the wait has been grueling, the show will finally return to ABC on Monday, August 16, per Parade.

However, “Paradise” will look a bit different this time around. As many fans already know, host Chris Harrison opted to step away from the franchise after making some controversial comments about former “Bachelor” contestant Rachael Kirkconnell after some racially insensitive photos from her past were unearthed (via The Hollywood Reporter). So, instead of Harrison leading the charge, ABC has opted to use celebrity guests to take over as hosts this season. NBC News reported that stars such as David Spade, Lance Bass, Lil Jon, and Tituss Burgess will work together to share the hosting duties during “Bachelor in Paradise” Season 7. Of course, their presence is sure to add a new element of fun to the already beloved series.

Fan favorites are coming back to Paradise 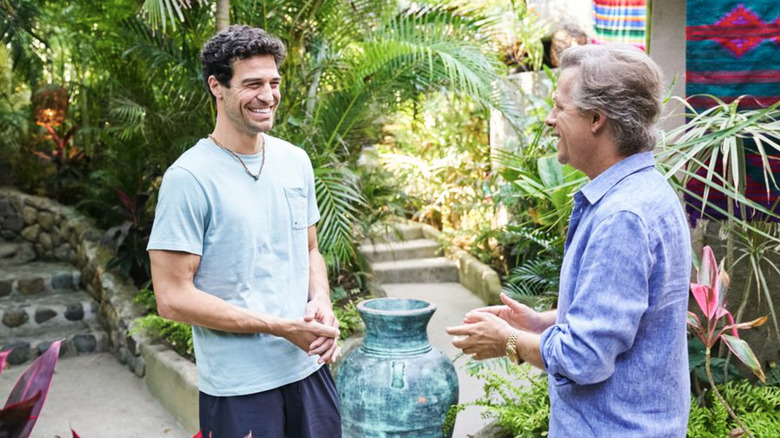 Fans know that “Bachelor in Paradise” is nothing without a stellar cast, and Season 7 seems to have delivered. Since it’s been two years since the show has aired there were plenty of “Bachelor” and “Bachelorette” castoffs to choose from. This time around, viewers will watch as old favorites return to find love, per Refinery29. The cast members will include Aaron Clancy, Connor Brennan, Karl Smith, James Bonsall, and Tre Cooper from Katie Thurston’s season of “The Bachelorette.” Abigail Heringer, Jessenia Cruz, Mari Pepin-Solis, Serena Chew, Serena Pitt, Chelsea Vaughn, and Victoria Larson from Matt James’ season of “The Bachelor” will also appear on Season 7 of “Paradise.”

The cast will also include plenty of men from Clare Crawley/Tayshia Adams’ season of “The Bachelorette.” Brendan Morais, Ivan Hall, Kenny Braasch, Noah Erb, Demar Jackson, and Joe Park will reunite on the beach. Meanwhile, Deandra Kanu, Kelsey Weir, Maurissa Gunn, Natasha Parker, Tammy Ly, and Victoria Paul, who all vied for Peter Weber’s heart will look for love on the series as well. Newcomer Tahzjuan Hawkins from Colton Underwood’s season has also been cast in Season 7.

Shockingly, some other big “Bachelor” nation names will also be hitting the beach for “Paradise.” Demi Burnett, who got engaged to Kristian Haggerty during Season 6 will be back, as well as “Grocery Store” Joe Amabile and his ex-girlfriend Kendall Long. Tia Booth will also return to paradise along with her friend, former “Bachelorette” Becca Kufrin, per Us Weekly. 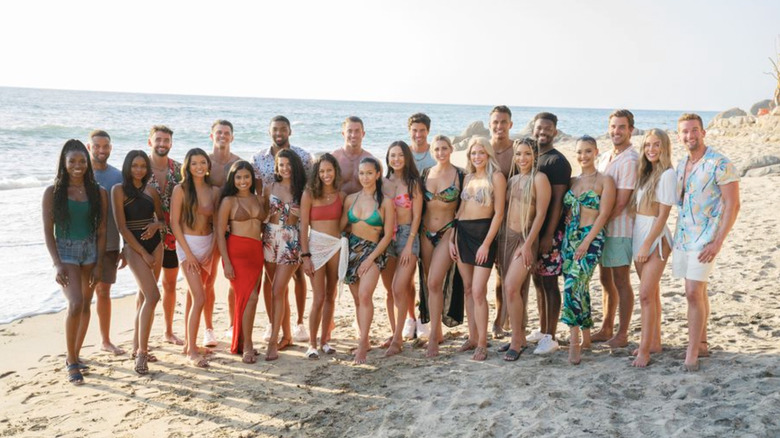 “Bachelor in Paradise” fans won’t want to miss a minute of the Season 7 action. The show will air Monday nights at 8 p.m. on ABC, and will also be able to be viewed on ABC.com or on-demand (via Cut The Cord). Of course, if you can’t sit down on Monday night to see all the drama play out, Hulu offers the full episodes of the show the following day.

For those fans looking to play catch up on previous seasons of “Bachelor in Paradise,” you’re in luck. HBO Max offers Seasons 4, 5, and 6 for viewers to binge-watch before all of the Season 7 action starts. TV Guide reported that episodes can also be found on iTunes, Amazon Prime, VUDU, and Google Play.

“Bachelor in Paradise” will certainly be one of the most talked-about shows of the summer, and is the perfect way to transition from the drama of Katie Thurston’s “Bachelorette” journey while waiting for the upcoming seasons of “The Bachelor” and “The Bachelorette” to arrive. The series begins airing on August 16, so mark your calendars.