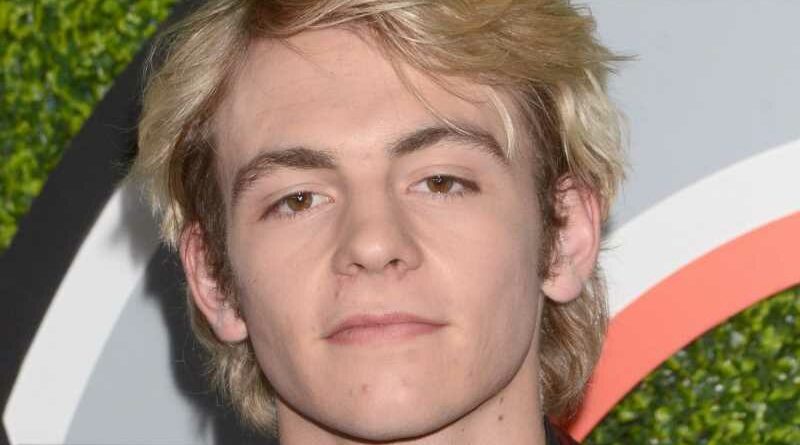 Ross Lynch is an actor and singer best known for his career as a Disney teen star and one of the members of his family band R5. He is one of five children born to Stormie and Mark Lynch. His siblings include one sister named Rydel and brothers Riker, Rocky, and Ryland. As Ross grew into adulthood, he left his teen heartthrob days behind and moved forward into an acting career that included roles in the films “My Friend Dahmer” and “Status Update.” Ross has also expanded his television career with the role of Harvey Kindle in “The Chilling Adventures of Sabrina.”

While fans are well aware of the many successes in Ross’ career, including a starring role in the television series “Austin & Ally” and the films “Teen Beach Movie” and “Teen Beach Movie 2,” as well as the lead singer in the band The Driver Era, not a lot of information has been revealed about his siblings. How much do you know about Rydel, Riker, Rocky. and Ryland? You’ll be surprised how much talent is in the Lynch clan.

Rydel Lynch Funk is the only female sibling in the family. She was born August 9, 1993, and is the second oldest in her family. She is an actress, singer, and musician. Rydel appeared in the films “Sunday School Musical,” “School Gyrls,” and the pilot episode of the television series “Bunheads” that aired on ABC Family (via IMDb). Rydel stood out among her brothers for her soulful singing and her multi-talented aptitude for playing several instruments, including keyboard, double shaker, and the tambourine.

In February of 2020, Rydel became engaged to YouTuber and professional scooter rider, Capron Funk. The two eloped in August of 2020 and wed in September in a small ceremony in front of their family and friends (via Insider). She wore a gorgeous custom made Adirana Pappell gown to the event held at Secret Garden Events in Phoenix, Arizona. The dress featured a sheer bodice and a ballgown bottom with the addition of a long, flowing train. The back of her gown had a cutout in a heart shape. “I’ve been waiting to be in a wedding dress for my entire life pretty much,” Rydel said (via Insider). “It was definitely something special.” Rydel and Capron welcomed their first son, Super Capron Funk, on April 11, 2021.

Riker Lynch is an actor, dancer and singer. The oldest of the siblings, his interest in the entertainment industry was so strong that his parents moved the entire Lynch family from Littleton, Colorado, to Los Angeles so Riker could chase his dream (via NSN News). He is best known for the role of one of the Dalton Academy Warblers from the Fox television show “Glee,” where he was seen singing and dancing in the role of Jeff as a backup for Darren Criss. He not only played the role for three seasons, he also toured with the cast, including Lea Michele, Corey Monteith, and Naya Rivera, during their 2011 “Glee Live! In Concert!” Tour.

Riker was also part of the family band R5 and together they released three albums: “Loud,” “Louder,” and “Pass Me By.” He put his dance skills to use as a “Dancing with the Stars” contestant alongside Alison Holker, and together they came in second place during Season 20 (via ABC News). Riker would later return to the ballroom floor for Season 27, where he was paired in a trio alongside pro Witney Carson and actor Milo Manheim. Riker wed social media influencer Savannah Latimer on September 20, 2019 (via Brides).

Rocky is a natural-born musician. He taught himself how to play the guitar and subsequently taught his brothers Riker and Ross how to play both the bass and guitar. Together with their sister Rydell and close family friend Ellington Ratliff, they formed the band R5. Rocky was the main songwriter for the band for their three-album run on the charts. He knows how to play all the instruments listed above, as well as the keyboards and the triangle (via IMDb). Rocky and his siblings are second cousins to professional dancers and former “Dancing with the Stars” pros Derek and Julianne Hough. Their maternal grandmothers are sisters.

Rocky continued to further his musical career after the demise of R5 by regrouping with his brother Ross and creating the alternative band The Driver Era. The duo created songs such as “OMG Plz Don’t Come Around,” “Flashdrive,” “Take Me Away,” and “Places.” The band was set to tour in the Summer of 2020, but the coronavirus pandemic put those plans on hold. “There’s something that’s liberating,” Rocky expresses. “It feels good that the songs we’ve released have truth in them. There’s lyrics said in some of our songs, and you’re not necessarily stating these things in your daily conversations. It almost feels like you’re letting some weight off your shoulders,” he said to Dork.

Next to his brother Ross, Ryland Lynch has the most acting credits of all of his siblings. Ryland was featured in the Nickelodeon children’s television series “The Fresh Beat Band,” as well as the concert film “R5: All Day, All Night,” the comedy short, “Google Maps is Watching You,” and “Escape (From Quarantine)” (via IMDb). He is the youngest of his siblings. He not only starred in the concert film with his siblings, he also was the lighting director, utilizing a skill not many of his fans knew he had to create the 2015 documentary.

Ryland also appeared in the documentary “Disney 365” and “So You Think You Can Dance,” where he performed in 2009 as part of the dance troupe The Rage Boyz Crew. He opened up the concert tours for his family band as a DJ, and is referred to by his siblings as “the manager” or “the boss,” (via R5 fandom).