Home » Celebrities » What You Don’t Know About Laura Linney 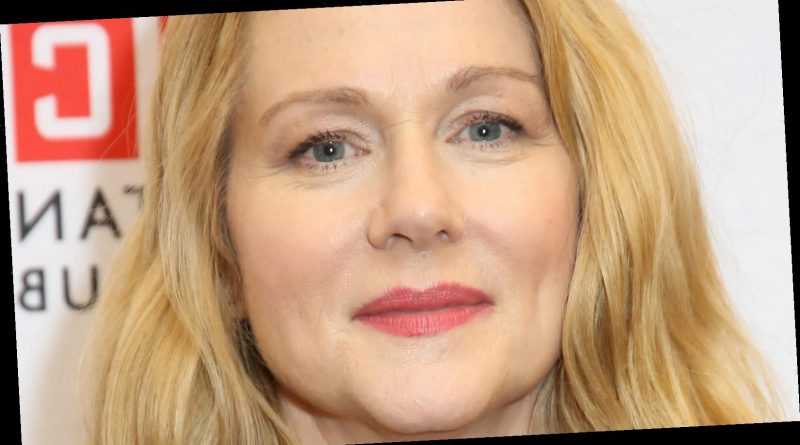 Laura Linney is one of the most versatile, underrated actors in Hollywood. Whether you know her from her roles in cult favorites like Love Actually and Primal Fear, or her TV work on Ozark and The Big C, or even her Oscar-nominated work from the 2004 drama, Kinsey, Linney has captured both your heart and your attention. She’s also so adorable and down-to-earth in every interview you’ll find of her online.

Despite being in the public eye for over 30 years, Linney keeps a lot about her private life to herself. From her surprise pregnancy all the way to where she lives, you can’t find too much about the actress. Truthfully, keeping behind closed doors after 30 years seems almost impossible, but somehow, she’s killing it. Besides being one of the most adaptable and renowned actresses of our time, there are a lot of fun things most people don’t know about the Hollywood veteran.

Before acting, Laura Linney was a special needs teacher

If your first exposure to Laura Linney was in Love Actually, you already see her as an attentive caretaker. But did you know that acting wasn’t her original plan? While Linney has been drawn to the theater for a long time, acting wasn’t her first plan. Before becoming an actress, she was a teacher for deaf and autistic children. Although, soon after taking the position, she realized it wasn’t for her. She said in an interview with The Guardian, “Working with special needs children is hard… I’d love to say I could be one of those people who could do that for a lifetime. But I realized I couldn’t.”

After deciding to end her teaching career, Linney enrolled in Julliard to study acting even further, according to Backstage. She graduated in the class of 1990 and got started with her career. She started garnering minor roles in films such as Lorenzo’s Oil, Searching for Bobby Fischer, and Dave (via IMDb).

She was basically cast in 'Love Actually' before auditioning

Did you know that Richard Curtis, director of the cult-classic, Love Actually, already had a few of the main cast in mind before auditioning? Curtis auditioned many actors for the part of Sarah, the hopeless romantic American girl.

According to IMDb, he kept saying he wanted someone “like Laura Linney,” before eventually saying, “Oh for f*ck’s sake, get Laura Linney then.” Honestly, she was made for the role, from the character’s multi-faceted home life to her adorable ticks.

After saying to get Laura Linney, she auditioned for the role and gained the part of Sarah. As one of her most notable roles to date, Linney looks back fondly on playing Sarah.

Linney believes she had the best on-screen kiss in the entire film, according to Vulture. “People feel sorry for me, but they shouldn’t. I believe I got the best kiss in that movie, hands down.” She also shares fan’s sentiments on how they wish her character’s ending should’ve been better. It feels good that she understands that we all wanted her character to be happy in the end.

For her role in 'Kinsey,' Laura Linney had to gain 20 pounds by eating a cult favorite food

Laura Linney had to gain around 20 pounds for her role as Clara. Now, we’ve seen some wacky transformations for a movie, such as Christian Bale losing 60 pounds by only eating tuna and one apple per day, Jared Leto gaining 67 pounds for his role in Chapter 27, and Matthew McConaughey gaining over 40 pounds from burgers and beer (via Bored Panda).

But the best part about Laura Linney having to do this transformation is that she did it by primarily eating Krispy Kreme glazed doughnuts (via IMDb). Talk about a dream diet! Luckily, the transformation hasn’t given her hatred toward the circular dessert, as she has been photographed eating donuts (via E! Online).

While many people are afraid to have a baby past a certain age, Laura Linney is not one of them. Laura Linney and her husband, real estate agent Marc Schauer, welcomed a fresh addition to the family on January 8, 2014. Just weeks before her 50th birthday, she gave birth to a healthy baby boy named Bennett Armistead. Here’s the kicker, no one knew she was even pregnant. No one besides her immediate friends and family knew about the pregnancy, and the internet was shocked (via ABC News).

Another fun tidbit about her pregnancy is that she is the oldest Oscar nominee to become a natural first-time mother, which is pretty awesome.

Laura Linney did not give up her dream to have a little baby join her family. She’s stated in an interview with People that becoming a mother later in her life has been a wonderful experience for her.

She had a ghostly experience on Broadway

Some believe in ghosts, some call it “just the wind.” However, there are some celebrities who’ve claimed they’ve seen ghosts in real life, with Laura Linney being one of them.

During an interview on, The Late Late Show with James Corden, Laura Linney discussed her ghostly encounter while performing at the Belasco Theatre in New York. Corden remarked, saying many believe the theater to be haunted, with Laura Linney interjecting, saying, “Yes, it’s definitely haunted” (via YouTube).

Linney stated that she entered the theater as a skeptic, only hearing about the ghosts beforehand. She then went on discussing the history behind the theater’s creator David Belasco and how, during a performance, a chorus girl died under mysterious circumstances.

During the last dress rehearsal, Linney noticed the figure of a blonde woman in a blue dress standing on the upper balcony, watching her. After that, Linney was a definite believer.

Linney ended the interview by saying, “I wouldn’t mind being a ghost at the Belasco” (via YouTube).