Starbucks’ latest purple drink is the result of a collaboration with K-Pop giants BTS. The sophisticated sip has a dreamy hue created just for ARMYs, but what does it taste like? For fans wondering what’s actually in Starbucks’ BTS drink, here are all the deets.

As part of Starbucks Korea’s "Be the Brightest Stars" campaign, Starbucks locations in South Korea are selling the Blooming Purple Vin Chaud, which was inspired by BTS. It was released on Tuesday, Jan. 21, and it will be available until Thursday, Feb. 6. The collection also includes limited-editions bites, each of which celebrate the love of BTS and support a good cause.

But, back to the drink. The BTS purple drink from Starbucks, might give you some real FOMO. The drink’s name — Blooming Purple Vin Chaud — translates from French to English as Blooming Purple Mulled Wine, but the nonalcoholic sip is only inspired by the idea of wine. The blend, available hot or iced, contains a mix of elderflower, grape juice, and grapes. The photo also shows a lemon slice garnishing the top. It looks like a perfect winter sip, and the fact that it’s inspired by BTS is just the cherry, er lemon slice, on top.

A portion of the profits from the BTS "Be the Brightest Stars" items from Starbucks go toward the Beautiful Foundation, a non-profit in South Korea devoted to helping young adults and youth in need. 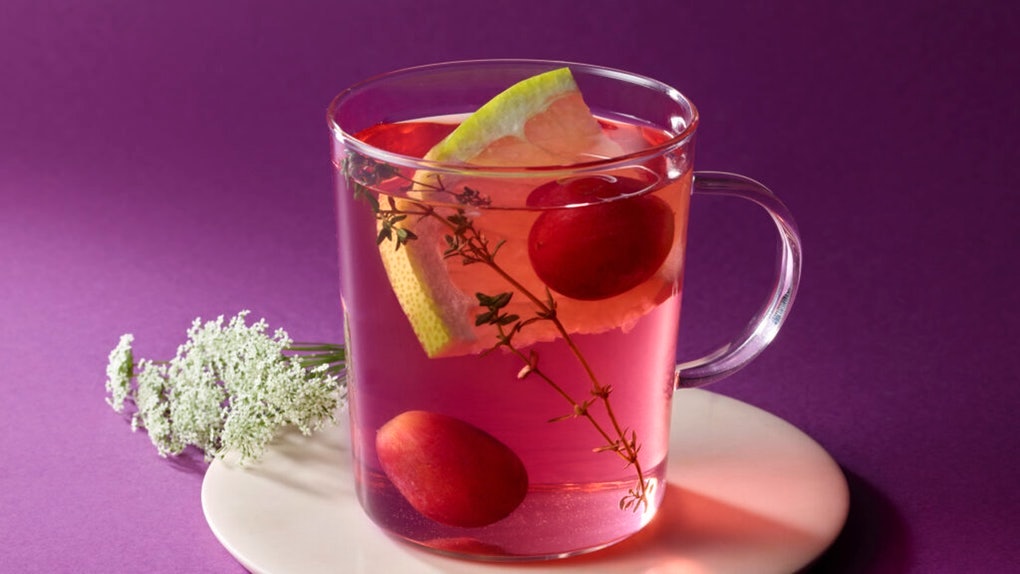 While BTS fans are reveling in the purple items on Starbucks menus in South Korea, they’ll also have the chance to hear BTS’ "Make it Right" from MAP OF THE SOUL: PERSONA playing in their local Starbucks store, since locations across the country will be adding it to the mix during the limited run of the BTS collab. The collection includes the Blueberry Star Macaroon, the Purple Berry Cheesecake, and the Purple Star Cupcake, as well as some special merchandise. The BTS x Starbucks limited-edition items include keychains, laptop and tablet pouches, glassware, and mugs with a perfect purple design. And if that wasn’t enough, the items from the campaign feature limited-edition cup sleeves and bags with the purple starry theme. 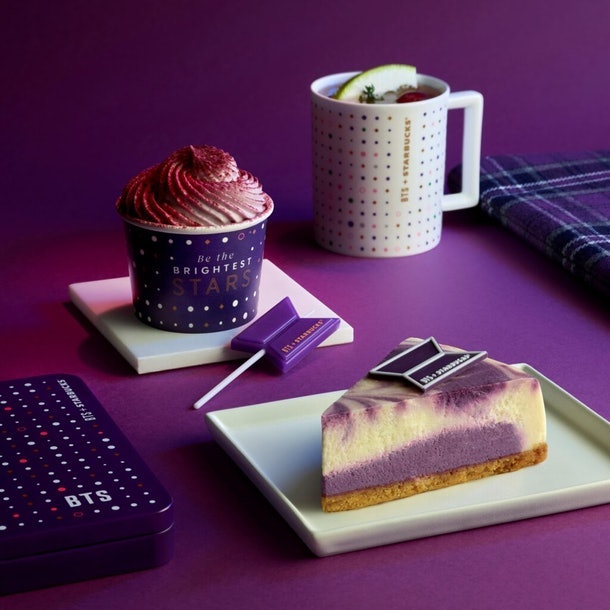 Unfortunately, the BTS collab, including the Blooming Purple Vin Chaud, isn’t available in the United States, so for now, U.S.-based fans can only appreciate it from afar.