Home » Celebrities » Where is Matt Lauer now? All we know about the former Today show star 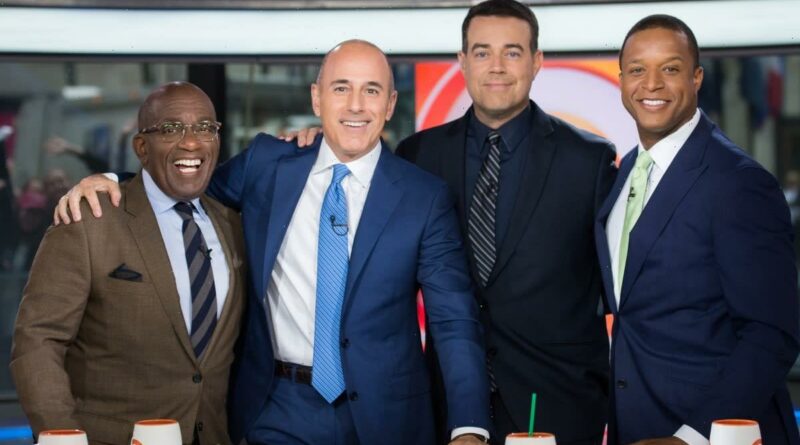 Matt Lauer has kept a very low profile over the last five years following his dismissal from NBC but viewers are still eager to know about his life post Today.

The star was a much-loved presenter until his reputation was tarnished by what NBC News chairman Andy Lack called “inappropriate sexual behavior,”

At the time, his co-stars, including Al Roker, Savannah Guthrie and Hoda Kotb were left stunned, as were his fans. But did Today’s much-loved weatherman continue his friendship with Matt?

WATCH: Al Roker’s rise to fame and his relationship with his co-stars

Since being forced to step back from the limelight, Matt has divorced his wife, Annette Roque and he is reportedly dating a longtime friend, Shamin Abas.

Matt finally sold his $44million Hamptons estate in May 2022 and reports suggested he had fled the US for his farm in New Zealand.

As for his relationship with his former co-stars? Katie Couric cut all ties with him and in an interview with Savannah Guthrie she admitted: “I think what I realized is that there was a side of Matt I never really knew.”

She continued: “As I got more information and learned what was going on behind the scenes, it was really upsetting and disturbing. It was really devastating.”

However, Matt’s relationship with his former pal and co-star, Al, is reportedly friendly.

Matt was close to colleague Al Roker for 30 years

In 2019, when quizzed about Matt, Al said: “I’m sure he’s doing well. I don’t really talk about that much but we wish him well.”

Several outlets have reported that Matt reached out to Al following the weatherman’s cancer diagnosis in 2020 and their 30-year friendship had been reignited on a low-key scale.