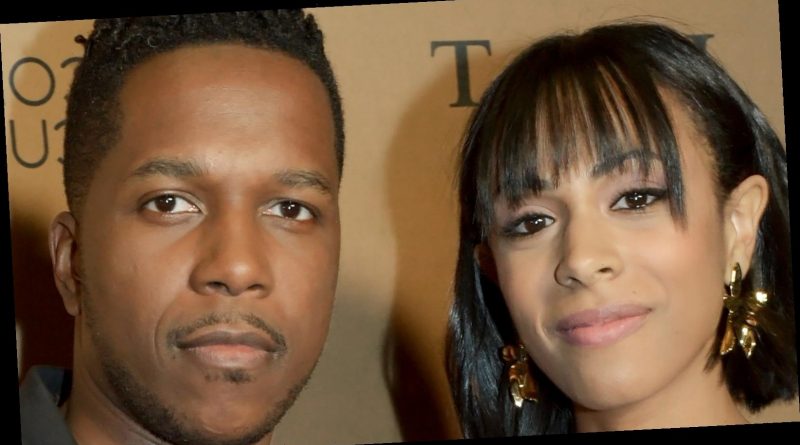 In November 2020, superstar couple Leslie Odom Jr. and Nicolette Robinson announced they were expanding their family with a baby boy due later this year. As Today notes, they’re both known for high-profile Broadway stints, with Odom Jr. playing the original Aaron Burr in Hamilton and Robinson appearing as Jenna in Waitress. With a deadly pandemic raging, it’s not exactly the least stressful time, but there’s a major upside to being pregnant right now.

As the actress, who already shares a daughter with Odom Jr., explained, “This pregnancy is really different from my last one, because he’s here and we get to share this together as a family. It’s been a real silver lining to having to be home right now.” The happy couple is on each other’s team no matter what, but if you’re wondering who Robinson is outside of her relationship with Odom Jr., we’ve got you covered.

Nicolette Robinson has performing in her blood

Nicolette Robinson grew up surrounded by the arts. With her father working as a director and her mother a choreographer, she explained in an interview with her alma mater, UCLA, “I grew up leaning against the mirrors in rehearsal rooms watching my mom work. It was around me all the time and performing just was something I’ve loved so much from an early age.” After booking a small part in Cold Case as a teenager, Robinson began considering acting as a full-time career.

She subsequently attended UCLA’s School of Theater, Film & Television, enthusing, “I loved learning about the arts, whether it was performance or voice or diving into a certain character’s world.” Her Broadway debut came in Waitress, in 2018. Robinson made history as the first woman of color cast in the role, gushing to Her Campus, “it’s such a meaningful story so when it’s told through my eyes I bring a different experience to it than what other women would bring to it.”

Although Nicolette Robinson is a huge Broadway star, she’s had several take-notice turns on TV over the years, including in Perfect Couples, Hart of Dixie and The Affair (via IMDb). The actress also appeared in Regina King’s directorial debut, One Night in Miami. She met Odom Jr. while the two were working on Once On This Island, revealing to Broadway.com that, “it was really just a human connection like, ‘Wow, I need to be around this person all the time’.”

In fact, neither party considered their first date a date until the big end-of-the-night kiss. After tying the knot in 2012, the happy couple welcomed daughter Lucy in 2017. Robinson gushed, “Motherhood has taught me about discovering the balance of being with your child but also fulfilling that need that you have. I hope that she sees that I’m doing what I really love to do. Hopefully that’ll push her to do the things that she wants too.”