Home » Celebrities » Who Is The Bachelor’s Alicia Holloway? – The List 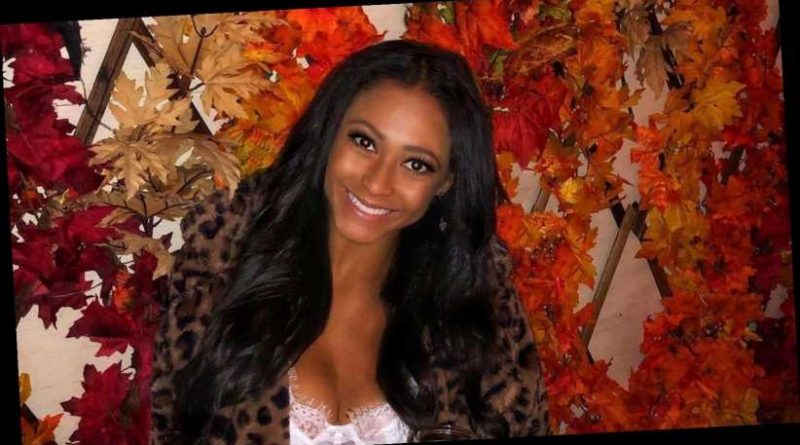 The Bachelor Season 25 premiered on January 4, 2021, with Matt James as the Bachelor. James is the first Black Bachelor (it’s about time!) and nearly 40 women were on the initial contestant list (via Life & Style). If that number sounds exceptionally high, it’s because it is. ABC executive Rob Mills explained that the reason for this decision was COVID-19.

“We brought all these women out just in case any of them tested positive,” Mills told Variety. “You just never know, so we always have alternates. Maybe next time, we don’t have to bring in as many people.”

It’s unclear if any of James’s potential soulmates tested positive, but the show premiered with 32 contestants vying for the final rose. The diverse group of women included many who we immediately loved, but unfortunately eight were sent home in the first episode. A lot of us were especially disappointed by the departure of 24-year-old ballerina Alicia Holloway. But she’s now officially part of Bachelor Nation, so it’s not too late to get to know her.

Holloway is a professional ballerina

As anyone who has ever danced knows, it’s incredibly difficult to make it as a professional ballerina, and many talented ballet dancers don’t make the cut. But Holloway is one of the few whose talent and work ethic landed her a job at a prestigious company.

Holloway, who is originally from West Virginia, is a Company Artist at The Dance Theater of Harlem in New York City. According to her company biography, Holloway began her training at Morgantown Dance Studio in West Virginia and continued at the prestigious School of American Ballet in New York City. During her time at SAB, Holloway was trained by the best of the best, including New York City Ballet alumni Darci Kistler, Suzy Pilarre, and Suki Schorer.

She worked as an apprentice at Suzanne Farrell Ballet before landing her current job at Dance Theater of Harlem. Holloway is also a ballet teacher and you can schedule a private lesson with her either in person or on Zoom.

Holloway thrives in a high-pressure career, so it may be surprising to some that she has dealt with anxiety for most of her life. In a recent interview with The Power of the Performing Arts, Holloway shared that she began experiencing anxiety when she was just six years old. It’s only recently that she has decided to speak publicly about it.

“I was having panic attacks all the time,” she said, recalling her childhood anxiety. “When I was in second grade, I would get anxious about having to make a presentation in front of the class. I would stumble over words.”

Dancing has actually helped Holloway cope with her anxiety. “With dance, I express myself with my body, without having to talk,” she explained. During high school, Holloway said she turned to dance as a coping mechanism — and it’s one she uses to this day.

“Recently, I was having a bad day so I put on music and started to dance and choreograph, trying to make something beautiful,” she said. “When I am dancing, I forget I’m anxious.”

In fact, Holloway says one of the reasons she loves being a professional dancer is because when she’s dancing, she doesn’t think about anything else.

Holloway has a diverse variety of interests

In her interview with The Power of the Performing Arts, Holloway said that in high school she didn’t have any hobbies other than dance. “I only focused on ballet. I wasn’t inspired by anything else besides dance,” she recalled. Although ballet remains her main passion, Holloway has found other activities that she enjoys.

She explained that her contract with The Dance Theater of Harlem is for 32 weeks of the year. During those weeks, it’s all ballet all the time. But during her 20 weeks off, Holloway explores other interests like traveling. “It’s one of my favorite things to do, exploring other cultures and people,” she shared. “I think it’s something so beautiful and unique. It broadens my horizons, even when it comes to dancing.”

Holloway also enjoys reading, writing, playing golf, and meeting new people. “That inspires me because you meet people from all different walks of life,” she said. “It gives you a new perspective on everything.”

Of course, she doesn’t just stop dancing during the 20 weeks that she’s not at The Dance Theater of Harlem. Holloway does other dance performance gigs and teaches ballet.

We’re disappointed that we won’t get to see more of Holloway on The Bachelor, but we’ll definitely be following her Instagram page to see her beautiful ballet photos. And who knows? Maybe she has a future as the next Bachelorette.