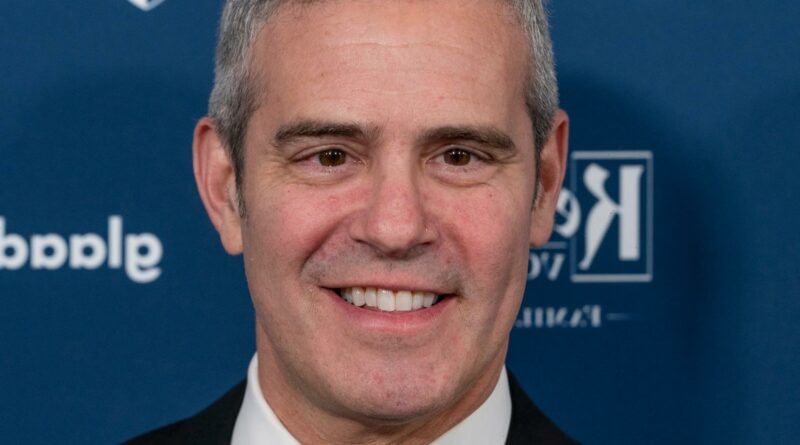 When it comes to reunion shows, who better to host the culmination of 20 seasons of “Keeping Up With The Kardashians” than Andy Cohen? While he’s experienced at navigating the drama that is “Real Housewives,” the Kar-Jenners actually have proved to be quite the change for Andy. The “Watch What Happens Live” host is now dishing all the behind-the-scenes details of filming the upcoming reunion, and that includes a run-in with “momager,” Kris Jenner!

Andy went on “RHOC’s” Heather Dubrow’s PodcastOne show, to share his experience with the E! family, explaining he was the one to pitch the idea of a two-part reunion to tie up the series. He shared that Khloé Kardashian was the first to sign on while Kim Kardashian wanted to really dive into all “the s*** that nobody’s asked us before.”

As far as the logistics go, Andy admitted it was different than what he’s used to on Bravo. “I am not an executive producer on this show. I was hosting it, and I was working on the script, and I was working on what I was going to ask them, but, you know, they have editorial control,” he shared. “So, it is so different than what you and I are used to.” According to The Daily Dish, Andy noted that Kris had a guideline. “Kris very consciously didn’t want it to have the rancor that some ‘Housewives’ reunions have or, you know, the level of acrimony.”

So, what exactly happened between them?

Kris shot Andy a look during the taping 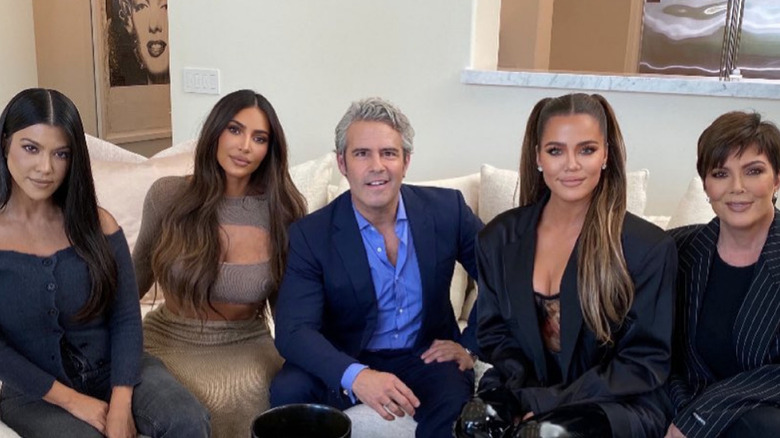 Andy Cohen has strict rules when it comes to reunion tapings. He likes to start early in the morning and wrap up at night, and his one pet peeve is when the ladies take a break, telling The Daily Dish “I get very upset because it’s a very long day.” So when the Kar-Jenners — Part 1 of the “Keeping Up With the Kardashians” reunion airs June 17 –needed to stop filming, Andy reacted.

“Like an hour into it, one of them had to go the bathroom, another wanted a touch-up, and then you know how then it’s a domino effect where everyone in the room is like, ‘Well, I have to go the bathroom!’ or ‘I want some water,’ or whatever,” Andy told Heather Dubrow (via Page Six). “And then they all started getting up. I go, ‘Where are you going?’ And I think Kris was like, ‘We’re going to the bathroom.’ And I said, ‘Make it quick.'”

The Bravo host laughed as he recalled the incident, citing that Kris Jenner instantly shot him a look. “I’m so used to our dynamic [on ‘Housewives’] where I’m a little more in charge of the situation … and I said, ‘I’m so sorry. I’m used to a different dynamic,” he said. “I go, ‘You take as long as you want. This is your house. You don’t even have to come back!'”