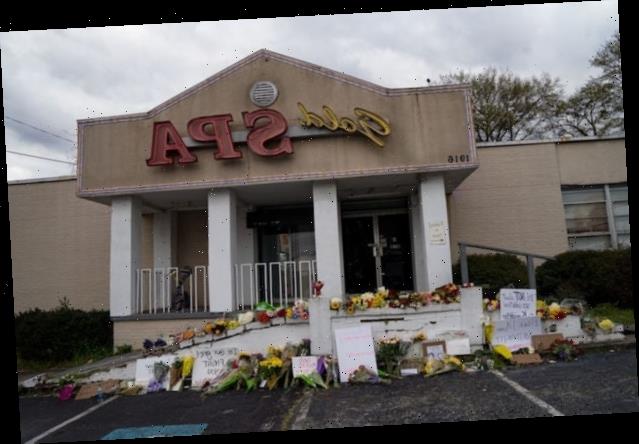 As LA Movie Theaters Reopen, Indies Are Lagging Behind the Major Chains

Why Aren’t the Georgia Spa Shootings Considered a Hate Crime?

“We should not let law enforcement define for us when we think injustice has occurred,” Scot Nakagawa, a community organizer with ChangeLab, tells TheWrap

Why haven’t the mass shootings at Atlanta-area spas that left eight people dead, including six women of Asian descent, been classified as a hate crime?

This question, coming after a year of violence and harassment targeting Asian Americans across the U.S., underscores the mounting frustration from communities of color — particularly after Georgia authorities suggested that Robert Aaron Long, who confessed to the killings, was not “racially motivated” because that is what he told them.

“We live in a highly segregated society, and when a white male individual shows up with a weapon and the majority of victims are people of color or women, we should immediately start with the premise that hate may have been the primary motivating factor,” Eric Ward, an expert on hate violence and the executive director of the Western States Center, told TheWrap.

Prosecutors have not yet decided whether to add hate-crime charges for Long, who has been charged with eight counts of murder. And Georgia’s first hate-crime law — which imposes at least two years in prison for a felon who intentionally targets a victim for their race, color, religion, sex, sexual orientation, national origin, gender or disability — was passed last year and only took effect in January.

That’s one reason why hate crimes historically have been both underreported and unprosecuted — even at the federal level, where a hate crime can be punishable by a life sentence when lives are lost. (The Ohio man who killed protester Heather Heyer when he drove his car into a crowd at the 2017 “Unite the Right” rally in Charlottesville, Virginia, was sentenced to life in prison in 2019.)

From 2009 to 2019, roughly 2,000 hate crimes were referred to the federal government for prosecution, according to a 2019 study from Transactional Records Access Clearinghouse, a nonpartisan research organization at Syracuse University. Only 15% were prosecuted. In 2019, only 17 of the 99 hate crimes referred to federal prosecutors were prosecuted.

Despite the rise in anti-Asian violence in the last year, there is no uniform database aside from self-reported data collections run by organizations like Stop AAPI Hate or Stand Against Hatred, according to John C. Yang, the president and executive director of the civil rights group Asian Americans Advancing Justice-AAJC. “But these are only voluntary, and only as good as the outreach that can be done by us as nonprofit organizations,” Yang told ABC News.

And prosecuting hate crimes that target Asians carries its own challenges — even compared to other sorts of bias-based attacks. “There’s a recognizable prototype with anti-Black or anti-Semitic or anti-gay hate crime,” Lu-in Wang, a law professor at the University of Pittsburgh, told the New York Times. “They’re often more clear-cut.”

Prosecutors could pursue the Georgia case as a crime targeting the victims’ race and gender, but that would likely be without precedent. “I know of no intersectional hate-crimes case,” Jeannine Bell, an Indiana University law professor specializing in hate crimes, told New York magazine.

But Ward told TheWrap that states could also find ways for victims of hate crimes to hold perpetrators accountable in civil court. “States do not have to be neutral in that,” he said. “They don’t have to put all the burden on victims and vulnerable communities. They can step up and be allies.”

The Georgia mass shooting has triggered widespread condemnation — including for the Cherokee County sheriff’s captain who described Long as having a “bad day.” “My deep frustration is that we are hiring people to protect and serve our communities who are unable, because of racial bias, to acknowledge the crimes that are happening right before them, and it leaves an increasing number of Americans at physical risk,” Ward said.

Scot Nakagawa, a community organizer and senior partner at ChangeLab, a racial justice think tank focused on Asian American identity, agreed. “We should not let law enforcement define for us when we think injustice has occurred, and we should proceed and address that injustice regardless of whether it’s called a hate crime or not,” he said. “Whether or not something falls within the strict legal definition of a hate crime, that does not mean there was not bias involved. That bias and that violence should be treated with great seriousness.”

The response of law enforcement to cases like the Georgia shooting may also make other victims less likely to report attacks to the authorities — in addition to other barriers like language, cultural norms and fear of retaliation.

KGO anchor/reporter Dion Lim, who has lead coverage of the anti-Asian attacks in the Bay Area, has seen first-hand the reluctance of many Asian Americans to share their experience with acts of bias. “My parents always said, ‘Keep your head down, your nose clean, do well in school, don’t cause a fuss.’ And at the beginning of the pandemic, we saw that rise in xenophobia and hate toward Asian Americans in hate speech and slurs. I remember my mother said to me, ‘Why do you do this? You should stop because this is making Asian Americans look bad,’” she told TheWrap. “So, believe it or not, every time I want to do a story, and I’m trying to do my best with sourcing or trying to get someone to do an interview with me, it used to be maybe 90% of the time, I would get a no. That’s a challenge that I’m facing constantly.”

To Nakawaga, the reluctance to come forward is understandable. “People are scared and we need to address that fear,” he said. “Racism is not just the harm that happens to individuals. Racism is a profoundly undemocratic ideology that divides us from our shared interests.”

The surge in violence is already reverberating throughout Asian American society. “Hate crimes reshape communities. It’s not simply the immediate victims who are most impacted. Anyone who can see themselves as part of that identity … immediately begins to feel that fear,” Ward said. “They begin to feel alienated in the society that is their home. We simply have to say no more to this.”