Kendall Jenner, the second-youngest of the famous Kardashian-Jenner crew, is the model of the family thanks to her classic runway looks. She stands 5’10” and has modeled for some of the biggest names in fashion and beauty, even receiving the distinctive honor or wearing the coveted angel wings in the 2018 Victoria’s Secret runway show.

Despite her success, she hasn’t been without her share of criticism and controversy, and some believe she just doesn’t have what it takes to stand the test of time as one of modeling’s greats. 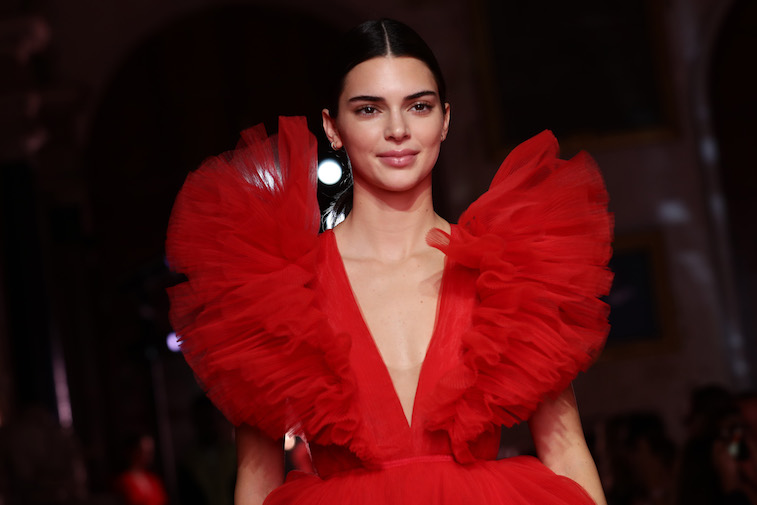 In 2017, Jenner became the highest-paid model in the world, making around $22 million when all of her endorsements and jobs were totaled. Veteran model Gisele Bündchen had previously held the title for years on end when Jenner knocked her down to the number two spot.

Despite the high paycheck, however, many believe Jenner doesn’t have the work ethic, walk, or face to content with today’s top models. She doesn’t work as much as many prominent supermodels, and some comments she made in 2018 really hit that reality home.

In an interview with Love Magazine, she said: “Since the beginning we’ve been super selective about what shows I would do. I was never one of those girls who would do, like, 30 shows a season or whatever the fuck those girls do. More power to ’em.”

She went on to say the experience of working so much was “overwhelming” and that she needed to “take a step back.” Her colleagues were not amused.

The models that do work “30 shows a season” (more like 70-80) were not at all happy about her comments. Many took to Instagram to let Jenner know exactly what they thought about her privileged perspective.

Model Alexandra Karpova wrote in part: “Being rich doesn’t allow you to disrespect your colleagues the way she did.”

Model Dario Strokous expressed anger, throwing Jenner’s words back at her: “‘Whatever the f*ck those girls do’ is their very best to make their way up AND try to make some money so that they can provide for themselves and their families. Oh, and it’s 70 shows a season by the way and we are all f*cking proud of every single one of the girls that did it.”

Many people thought that Jenner’s perspective was not only privileged but showed Jenner’s lack of work ethic. Model Faretta put it succinctly: “Being lazy is not being selective. We work! Hard and giving 100% from us, but you can’t say for yourself… and after all you dare to talk like this?!”

Kendall Jenner was once called “not magic” by a prominent stylist

This wasn’t the first time Jenner was embroiled in controversy. Despite being on the notoriously drama-filled reality show, Keeping Up With the Kardashians, Jenner has gotten into plenty of trouble outside the bounds of the show. Her 2017 Pepsi commercial was one of the biggest knocks to her reputation as many thought it was in poor taste to imply that a can of Pepsi could solve an issue so deeply entrenched as police brutality.

Arguably, this was more the fault of the Pepsi executives than Jenner’s, but it speaks to an overarching tone-deafness the young celebrity displays on a regular basis.

Controversy aside, some think Jenner just doesn’t have that special “it” factor that models need to stay relevant.

Fashion commentator and stylist Robert Verdi bemoaned the “rich kids” and Instagram models like Jenner who are popular at the moment saying: “They have the Instagram following. In another day, these girls are not real models. Yes, they are photographed and airbrushed and they look O.K. in some of the shoots. But these are not Linda Evangelistas; these are not Naomi Campbells. These girls are not magic.”

One thing is for sure, if Jenner wants to keep her reigning position as a high-paid model, she’s going to have to step up her game, work harder, and be more mindful of the comments she publicly makes.

Is Selena Gomez’s New Music About The Weeknd? See The Evidence HERE!

Jenelle Evans: David and I Might Go to Therapy Together Someday Maybe!
World News

Lifeguard, 17, wins £10k a month Lotto Set For Life prize – but her dad had to remind her it wasn’t just a dream – The Sun