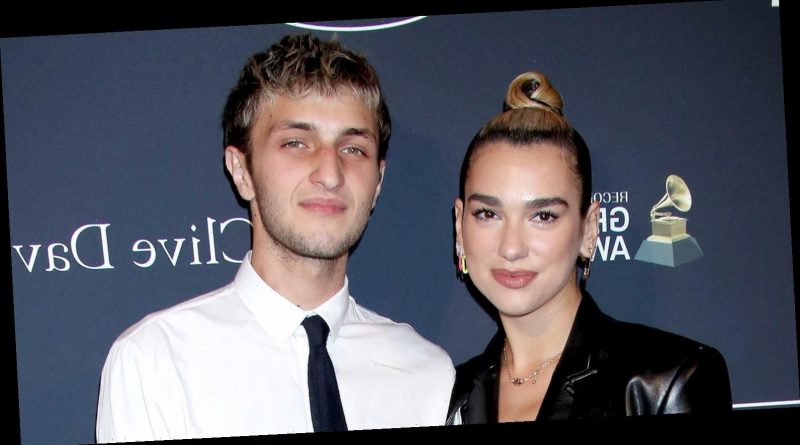 Family fun! Dua Lipa opened up about her relationship with Anwar Hadid, revealing what it’s really like hanging out with his famous family on their Pennsylvania farm.

“I’m very comfortable in the relationship, more so than any others,” Lipa, 25, said in her Rolling Stone cover story published on Thursday, January 14.

The “Levitating” singer, who has been dating Hadid, 21, for more than one year, noted that she has spent a lot of time on the California native’s family farm amid the coronavirus pandemic. Lipa detailed her daily routine when visiting the model’s mother, Yolanda Hadid, and sisters, Gigi Hadid and Bella Hadid, on the estate.

The “New Rules” songstress continued: “Maybe do some yoga, make some lunch, hang out, watch a movie, play with the animals.”

Lipa gifted her boyfriend two pygmy goats named Funky and Bam-Bam, which joined the family’s cows and horses already on the property, for Christmas last year.

“You can take them inside,” she said. “They love a cuddle.”

The London native revealed that she is also learning to ride horses, which both Gigi, 25, and Bella, 24, often post about doing when they are home.

The “Don’t Start Now” singer has been dating Anwar since June 2019. They made their red carpet debut five months later at the American Music Awards.

The couple have been quarantining together amid the pandemic, which the Grammy winner spoke about in April 2020.

“Both my boyfriend and I are quite used to making anywhere a home,” she told Good Morning Britain at the time. “We travel a lot, so this is fine. It’s been really, really good.”

Celebrity Couples Who Are Self-Quarantining Together

When celebrating their one-year anniversary in June 2020, Lipa gushed about her man via Instagram, writing, “Nothing sweeter than 365 days joint at the hip with you.”

Lipa and Anwar celebrated the holidays at his family’s farm in December, taking part in the Hadid’s tradition of making gingerbread houses.

The musician shared photos from the festivities via Instagram, including snaps of herself, Yolanda, 57, Gigi and Bella all wearing matching Christmas glasses.