Home » Celebrities » Yung Gravy & Addison Rae's Mom Share Kisses At The VMAs Together – And Her Ex Monty Lopez has THOUGHTS! 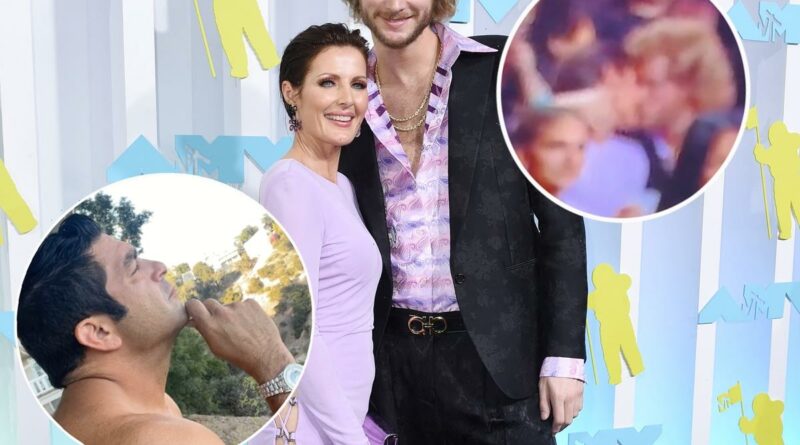 By this point, we’re all well aware that Addison Rae’s father, Monty Lopez, was allegedly caught in a five-month affair with 25-year-old influencer Renée Ash, which resulted in his split from wife Sheri Easterling. Well now it seems Sheri is getting her groove back as she appeared Sunday on the 2022 MTV VMAs red carpet with none other than rapper Yung Gravy!

“They’re more experienced. They are an underserviced community I’d like to say and they deserve more attention, so I thought that’d be the one. And I’ve noticed that people really have started giving MILFs more attention since my music dropped.”

“I thought it was perfect timing.”

“She’s like a Southern belle and I’m a Northern boy so it felt really cute and wholesome.”

He then referred to her as “the queen of MILFS.” Oh, boys in their 20s. Gotta love their straightforwardness!

The couple turned heads as they shared several kisses while serving in their color-coordinated fits: Sheri wore a lavender mini dress paired with purple heels, while Gravy sported a black suit and lavender shirt — unbuttoned, of course. We can just imagine Addison cringing at home. EEK! See their smooch (below):

♬ what the fuck was that – champagnemami

This all comes after the Always Saucy rapper was challenged to a boxing match by none other than Monty himself after he caught wind of the developing relationship. The ex-husband threatened:

To which the young artist responded “nothing” was going to happen and he was just focused on “enjoying” his life. Funny that he was getting all worked up considering HE was the one who cheated…

But the father of four seems to be moving on now, or at least trying to convince himself, as he took to Instagram stories following the new couple’s red carpet debut to write:

“Unbothered! Thank you @youngravy for taking the leftovers! I would rather spend time with my daughter and 2 grandkids that SheriNicole made me abandon as a child inorder to be with her! Never let a woman make you choose between her and or your blood child!”

That’s quite the claim… And something about s**t talking your ex in an IG post after seeing her with a new man doesn’t exactly give “unbothered” … See his full post (below): 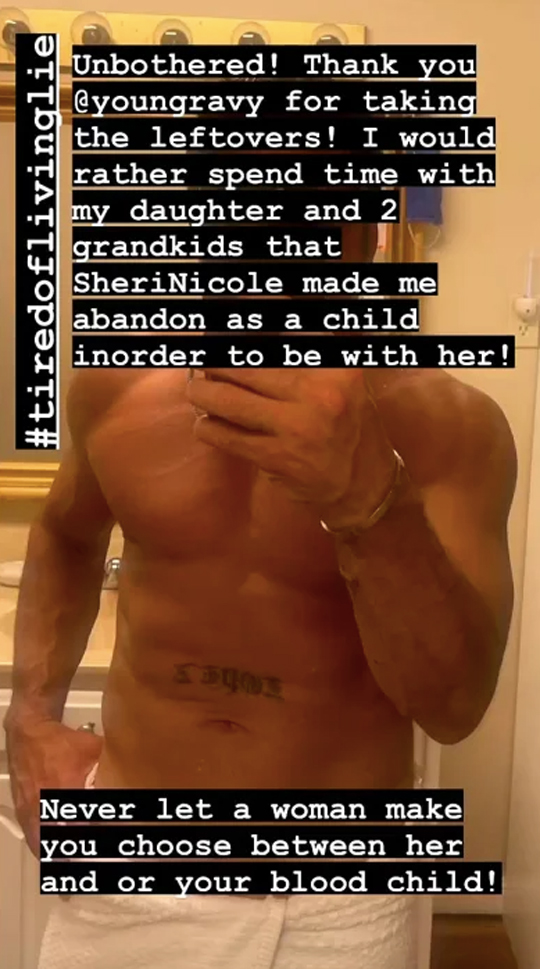