Zooey Deschanel and her beau Jonathan Scott had quite a busy weekend enjoying all the ‘adventures’ that San Francisco has to offer.

Zooey Deschanel, 41, and her boyfriend, Jonathan Scott, 43, made the most of their time in San Francisco. The Property Brother posted a selfie on Monday July 5 that the two took during a weekend visit, which Jonathan called a “wonderful adventure.” Jonathan said that he and the New Girl star kept the trip action-packed “from steep romantic strolls and yummy food to an excessive amount of escape rooms,” in his caption.

The selfie looks like it was taken in front of the Palace of Fine Arts, which Jonathan tagged in the post. Zooey’s outfit was hard to see as she cuddled up close to her man’s chest, but Jonathan wore a casual denim jacket and a plain black baseball cap. “Safe to say…it was awesome. We make a great team,” he wrote in the caption.

Besides the Palace of Fine Arts, it looked like Jonathan tagged all the escape rooms (which they won all three of!) and restaurants that he and Zooey enjoyed during their stay, including State Bird Provisions and the plant-based eatery Wildseeds. Zooey also commented on the photo, writing “My favorite team” with three heart emojis next to it. 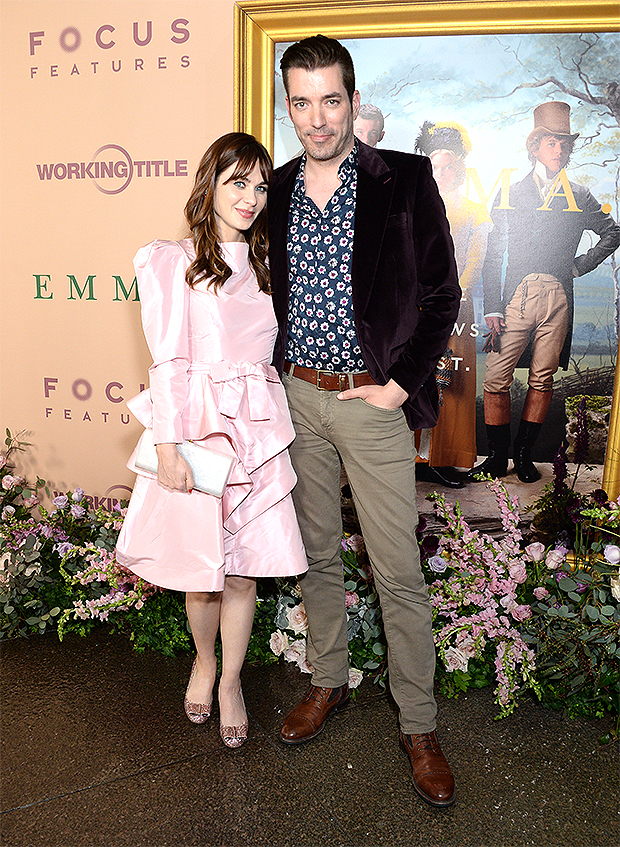 Even when they’re not going three for three on escape rooms, Zooey and Jonathan always seem like a perfect couple! The actress and HGTV star have been going strong since they first got together in 2019, after meeting on the set of Carpool Karaoke. The pair have gushed over each other on a number of occasions. Zooey said why the pair get along so well in a June interview with HollywoodLife. “He’s just so nice and so kind. I always feel that he’s really there for me and it just makes me want to always reciprocate that and I’m very appreciative,” she said. Meanwhile Jonathan said all the things he loves about Zooey in a January Instagram to celebrate the 500 Days Of Summer actress’s 41st birthday. “You are caring, talented, hilarious, sweet, and just as beautiful on the inside as you are on the outside,” he wrote.