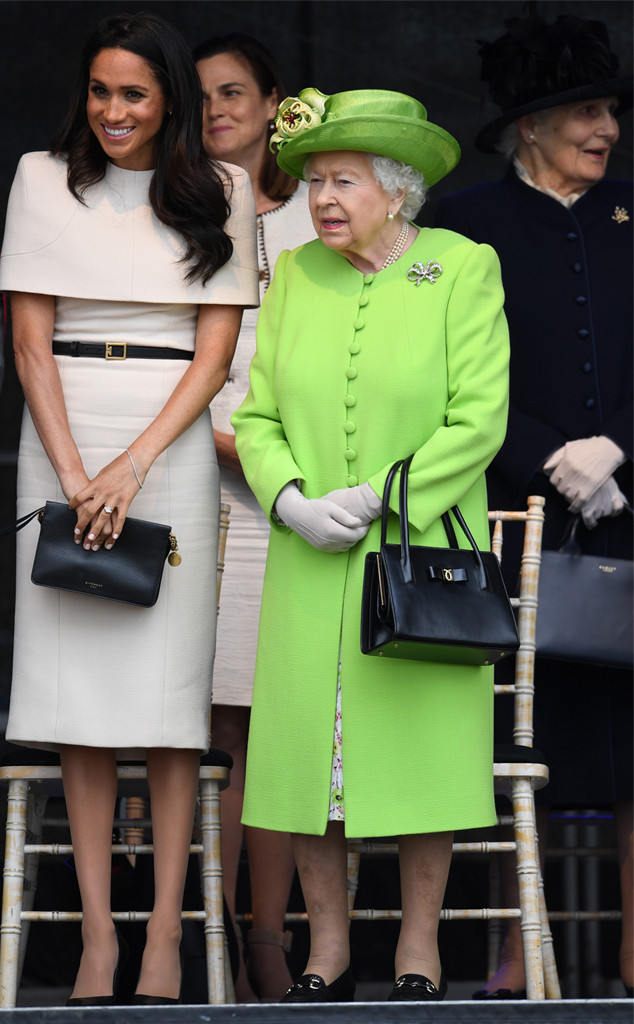 Meghan Markle travelled to Cheshire, England in style on Thursday for her first solo engagement with Queen Elizabeth II.

Revisiting one of her favorite designers, the Duchess of Sussex wore Givenchy—the same fashion house that designed her wedding gown for her marriage to Prince Harry.

According to Meghan’s Mirror, she accessorized the look with black, Sarah Flint heels, as well as a Givenchy purse. She also wore a Givenchy belt and a bracelet. Of course, her engagement ring and wedding band were on display, as well. She even debuted some new royal accessories—pearl earrings she received from The Queen.

As for Her Majesty, the Queen wore a green coat over a floral print dress. She accessorized her look with a matching green hat, white gloves and pearls. 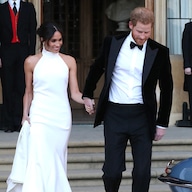 Inside Prince Harry and Meghan Markle’s Private Honeymoon in Africa

The two royals certainly have a full itinerary. After taking the Royal Train to Runcorn Station, they travelled by car to Mersey Gateway Bridge for its opening. There, they met with architects, planners and community representatives. They also stopped to greet a few children who had come to see them and received bouquets from the young well-wishers.

Then, the two royals sat side by side to watch a performance from local students called “Bringing Communities Together: Halton’s river crossings over the ages.” Her Majesty and the Duchess seemed to enjoy themselves and even shared a few laughs. However, there was a serious moment when both The Queen and the Duchess took part in a national moment of silence in honor of the people who died in the Grenfell Tower fire last year. 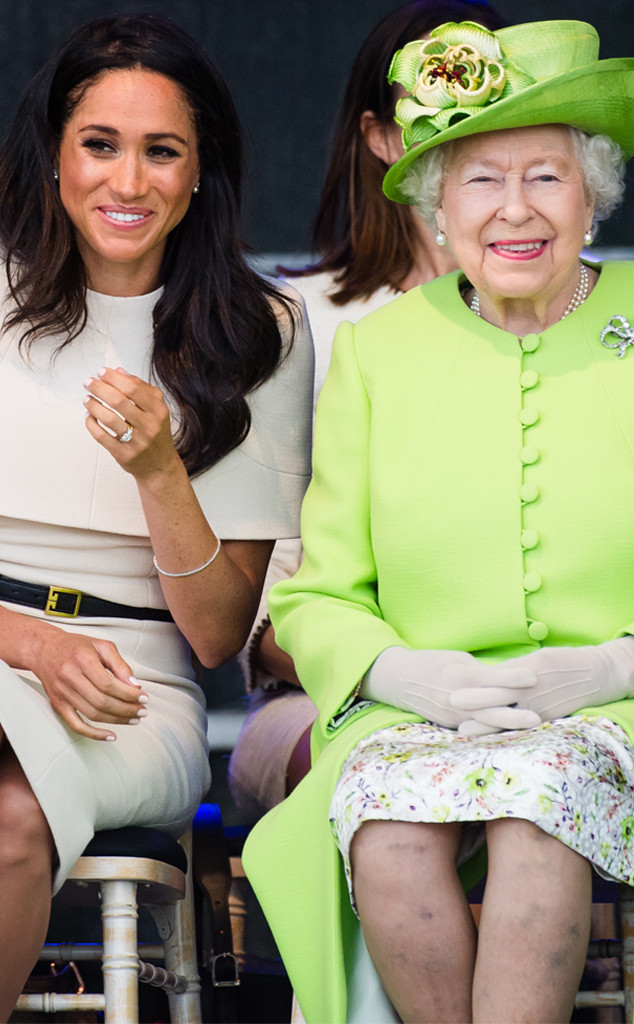 Next, the royals will visit the city’s Storyhouse—a performing arts center, movie theater and library all in one. There, they will receive a tour of the building, stop by the children’s library and meet a Syrian settlement group engaged in craftwork. In addition, they’ll enjoy a morning full of performances—including one by the Fallen Angels. The dance theater company was created to support people recovering from addiction. Then, Meghan and The Queen will hear several songs from Storyhouse’s latest show, “A Little Night Music.” In addition, local schoolchildren will sing with stars from the drama Swallows and Amazon. Queen Elizabeth II will end the festivities by unveiling a plaque to mark the opening of the center.

After a full morning, Meghan and Queen Elizabeth II will join the Chester City Council for lunch. They will then bid the city adieu.

While the day seemed to go well, Meghan did commit one faux pas. As footage from Leading Britain’s Conversation shows, the new royal paused before entering a vehicle to ask a question about protocol: Who should enter the car first? The Queen encouraged Meghan to step into the vehicle first.

Even though Meghan has been a royal for less than a month, she’s already had a busy schedule. She joined the royal family for the Trooping of the Colour last weekend and celebrated Prince Charles‘ birthday celebration in May. Of course, she and her husband still made time to enjoy a honeymoon.