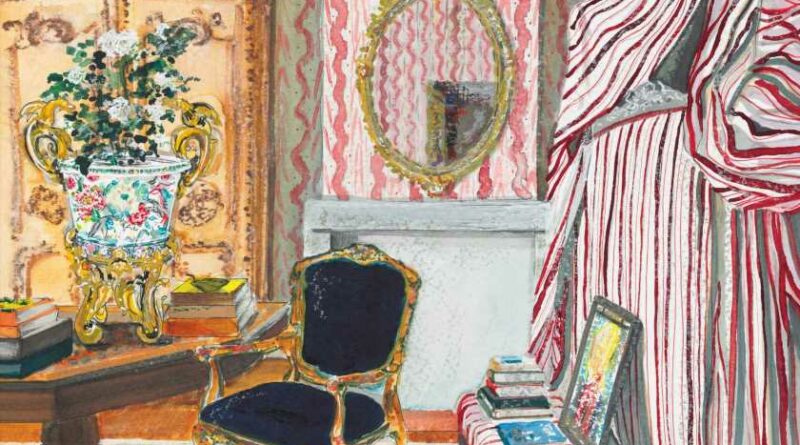 LONDON — Peter Copping is taking a turn for Christie’s, opening his 15th-century Normandy chateau, La Carlière, for a virtual exhibition of art, objects, antiques and furniture to be featured in two upcoming sales.

The Collector auctions will take place online on Friday, and live on May 19 at Christie’s King Street in London. Both sales will offer European and English furniture, works of art, silver, ceramics and gold boxes representing high craftsmanship from the 17th to the 20th centuries.

Copping, who spent his early career working on both sides of the Atlantic for brands including Oscar de la Renta, Nina Ricci, Louis Vuitton and Sonia Rykiel, has displayed a selection of auction lots across the various rooms of La Carlière, which he has been renovating over the last 12 years with his husband Rambert Rigaud.

The scenario is not what it seems: Due to lockdown and travel restrictions, Christie’s couldn’t send the antiques to Copping’s home. Instead, they sent him pictures of his favorite items, which Copping then fit into existing images of the chateau’s interiors, shot by Billal Taright.

The specialist interiors portraitist SJ Axelby, later created a series of whimsical, mixed media paintings of the six rooms that Copping “redecorated” ahead of the sale.

The 2021 Oscars: See All the Red Carpet Fashion Looks

“I spend my nights — especially during the pandemic — looking through auction catalogues. I find it relaxing,” he said.

The designer, whose interiors feature a mix of textiles, soft furnishings (including his own brand of cushions named after La Carlière), ornate mirrors and seasonal flowers, said he learned to love antiques, and the decorative arts, from an early age.

He continues to be an avid collector of 17th- and 18th-century antiques, and built his own collection over the years from antique fairs, flea markets as well as at auction. “My home includes both an English sensibility, reflecting my roots, with bohemian fabrics and English furniture, but also more formal French pieces,” Copping said.

“Growing up, I was influenced by my parents, and their great passion for antiques. My own collection has grown over the years and evolved from purchases in each location I lived. The Collector is probably my ultimate spiritual home where I am surrounded by 17th- to 19th-century works of great beauty.” 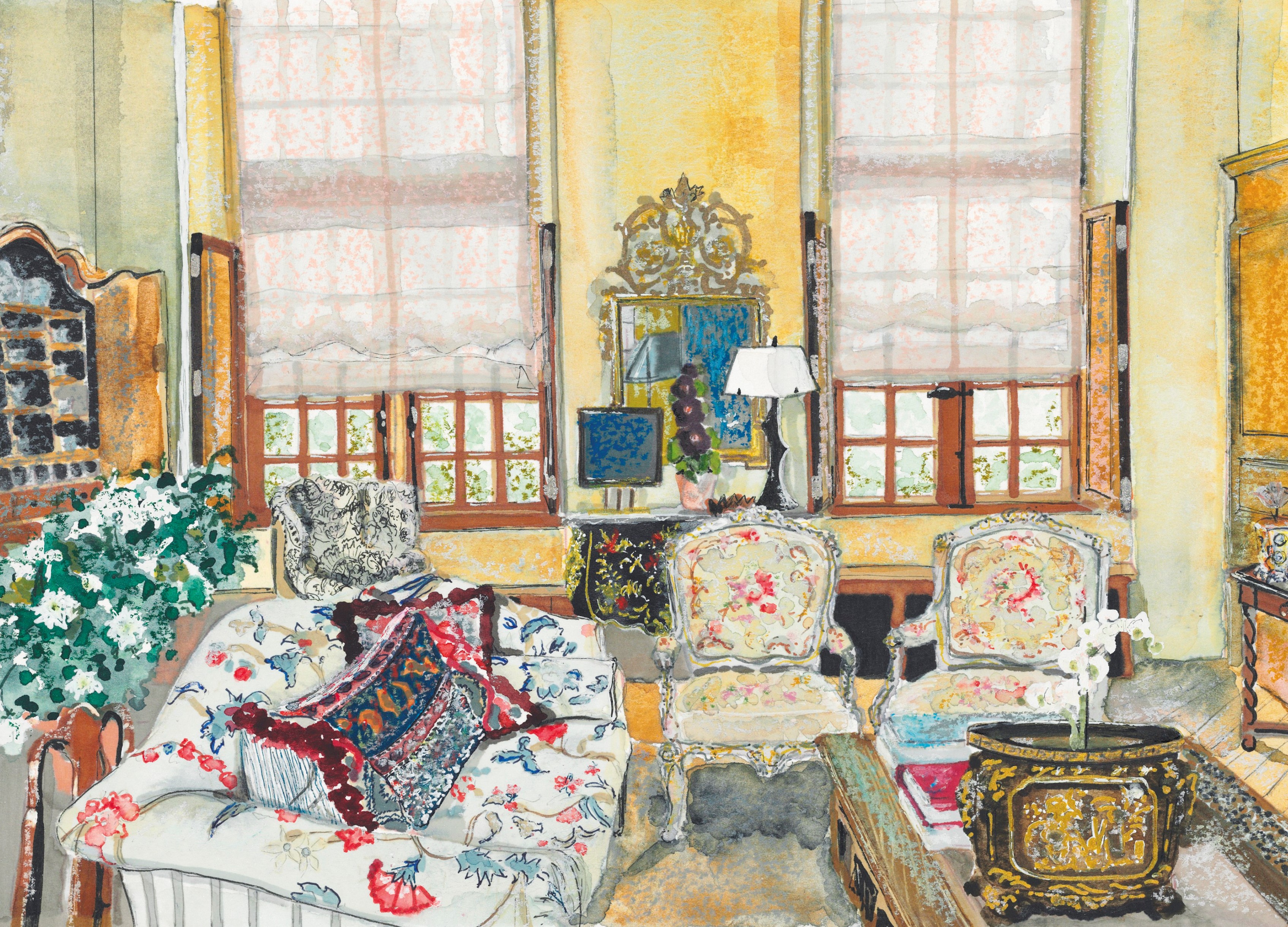 A mixed media painting of one of the rooms at Peter Copping’s French chateau. Copping is curating a sale of antiques at Christie’s. Paintings by SJ Axelby, inspired by photographs of La Carlière shot by Billal Taright

Copping said one of his and Rigaud’s obsessions is porcelain services and luxury tableware. To wit, some of this favorite picks in the upcoming sales include the Indian Basket weave dinner service; the Elizabeth II silver table service, and the Chelsea porcelain Hen & Chick tureen.

The tureen belonged to Princess Diana’s aunt, Lady Anne Wake-Walker, who died last year at 99. It is one of the top lots to go under the hammer.

Alison Grey, specialist and head of sale at Christie’s, said that “buyers, whether new collectors, interior designers or decorators, are increasingly mixing periods. They’re also investing in 17th through to 19th century works, which are dressed alongside 21st-century furnishings to great effect, as Peter Copping demonstrates in his own home.”

The online sale includes 150 lots covering all aspects of the decorative arts dating from the 17th century to the 20th century. It is open for bidding from April 29 to May 20, with estimates ranging from 300 pounds to 25,000 pounds. 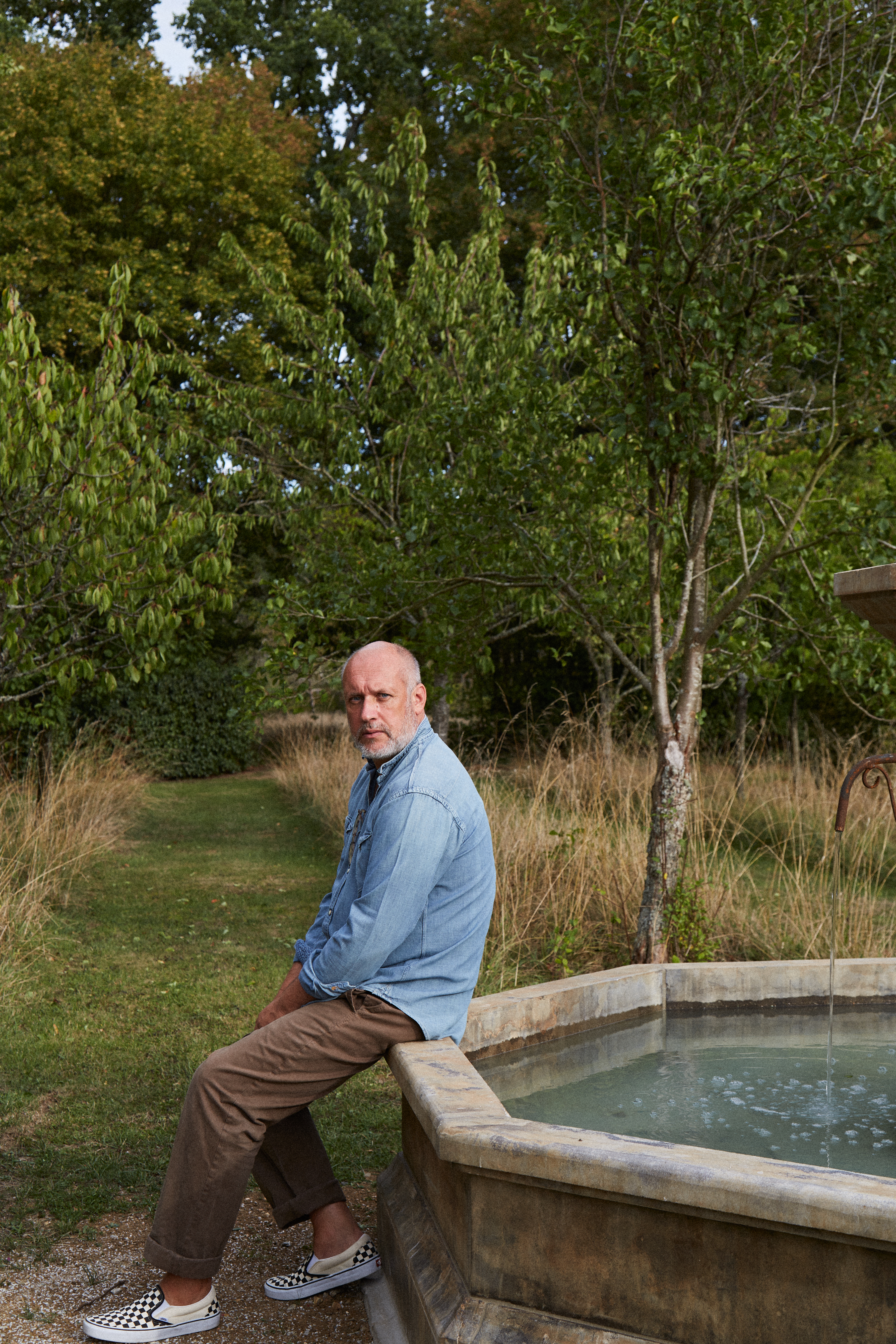 The live sale comprises about 250 lots that showcase furniture, works of art, porcelain, silver and gold boxes. Estimates range from 2,000 pounds to 250,000 pounds.

The viewing for the live auction will take place at Christie’s King Street from May 11 to May 18, with the physical auction on May 19. Copping will be taking part in a client event on May 12.

Before de la Renta, Copping served as artistic director of Nina Ricci for five years and prior to that spent 12 years at Louis Vuitton as Marc Jacobs’ studio director. He also held positions at Sonia Rykiel and Christian Lacroix.

Born and raised in England, Copping graduated from the Royal College of Art and Central Saint Martins in London. He currently lives between Normandy and Paris, consulting for luxury fashion brands, dressing private clients and contributing to interiors magazines.

His La Carlière collection includes cushions and throws designed in partnership with Rigaud. The designs fuse tassels, brocades and embroidery inspired by the manor house.

The designer said he is still “passionate about fashion, I love it very much,” but has also been happy to turn his hand to other things, such as textiles and interior design. He described his La Carlière cushion collection as “my weekend job, although it’s not really work — it’s a complete pleasure.”