Yui Mok, a photographer for Press Association, quite literally went above and beyond to capture a stunning picture of Harry and his new bride as they entered Windsor Castle in their carriage – and their bodies seem to be in an almost perfect heart shape. 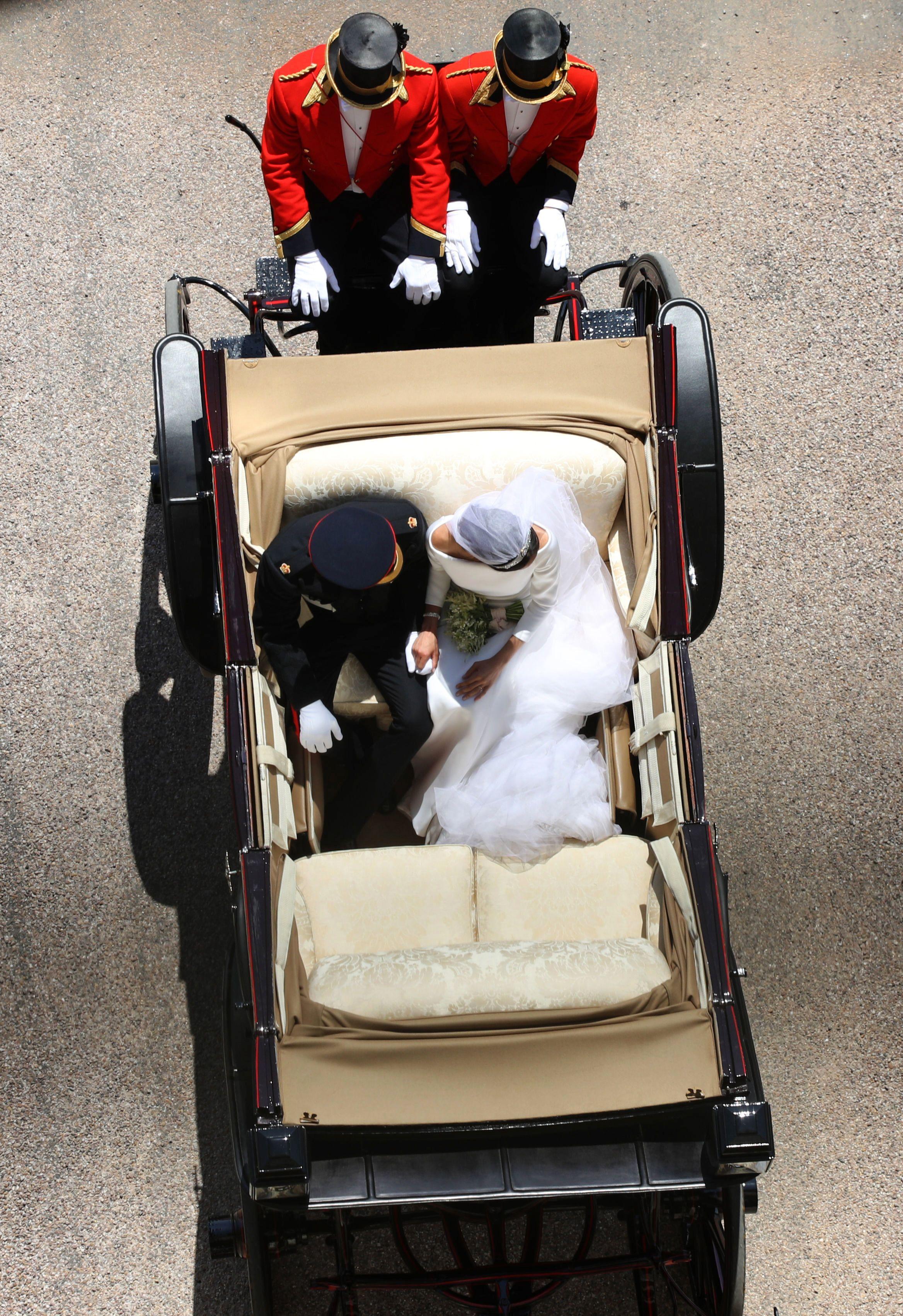 After his picture went viral, Mok explained on Twitter that he took the photo as he was “positioned on the roof of George IV Gateway of Windsor Castle” and the carriage procession passed directly beneath him.

“I had less than a one-second window to take that particular shot — whilst having to focus through a metal grill I was standing over — so was happy to get anything really!” Mok wrote.

The photo was described as “exquisite” by some Twitter users and some couldn’t help but notice that Prince Harry and Meghan Markle appeared to form a heart shape with their two bodies.

But Mok said it was “purely coincidental”. 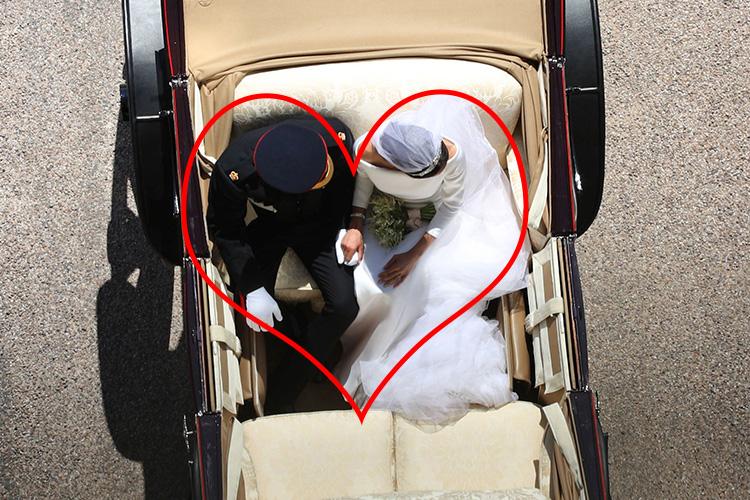 Mok really did have the best vantage point. Not only did he capture the amazing aerial shot, he also caught the moment Harry and Meghan stole a second kiss in front of the crowds
And for the photography fanatics out there, Mok used a Canon 1Dx Mk2 camera and a 70-200mm lens to capture the image. He said “drones would never have been allowed anywhere near” the event.

And he was thankful not to break into a sweat.

Mok said: "I managed not to spill a drop of sweat…which wouldn't have been very nice for them being directly beneath me."

We previously reported how Meghan and Harry were in floods of tears at their wedding rehearsal this week.

The young couple sobbed over her dad’s decision not to attend the ceremony.