Home » Fashion » Afternoon tea, bottomless champagne and a pain-free experience… labour in the five-star Lindo wing where Kate Middleton has just given birth

But for Ana Klemencic Cabuk, of Richmond, South West London, her experience couldn’t have been more different.  The 36-year-old gave birth in the Lindo Wing, the exclusive maternity ward at St Mary's Hospital in Paddington – where the Duchess of Cambridgejust gave birth to a baby boy. 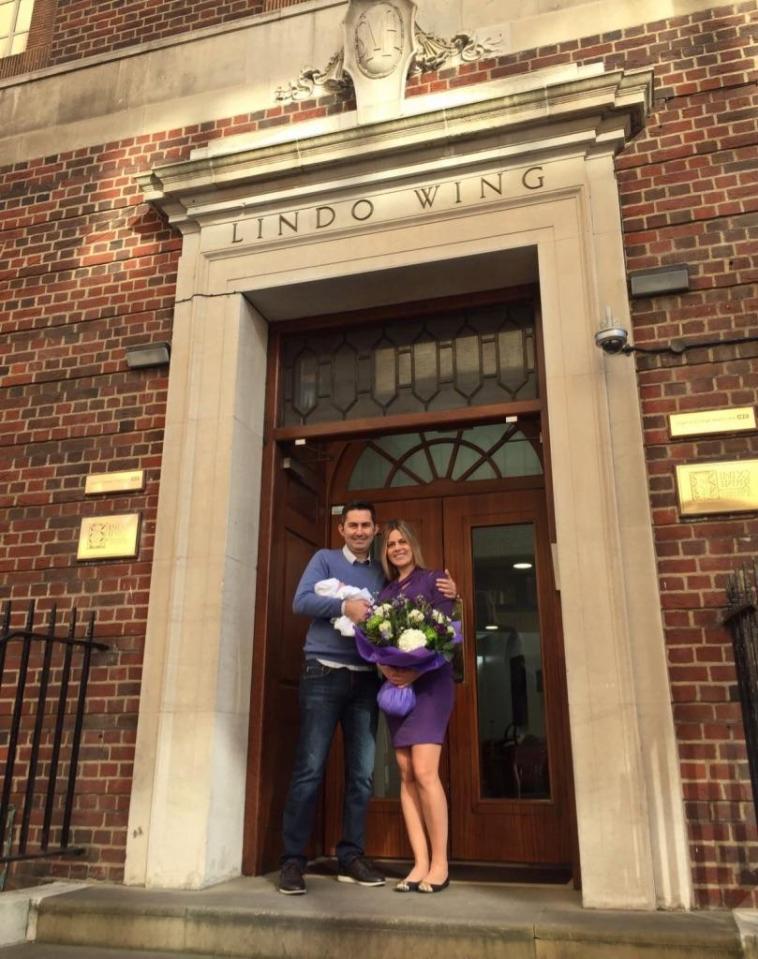 Ana’s six-night stay there cost her around £10,000 and she likened the wing to a five-star hotel, with its spacious en-suite bathrooms, lavish menus – including a wine and champagne list – and celebratory post-labour afternoon tea.

She liked it so much she and husband Serdar, 38, an executive partner at a technology company, have decided to return when she gives birth to their second child in September this year.

Ana, who is originally from Croatia and works in HR, explained: “Everything was nice and clean, and the bathroom had a good selection of toiletries and cosmetics – shampoos, conditioners, body lotions.

“You choose your food from the menu; you have a few options and every day they came and asked what my husband and I would like. 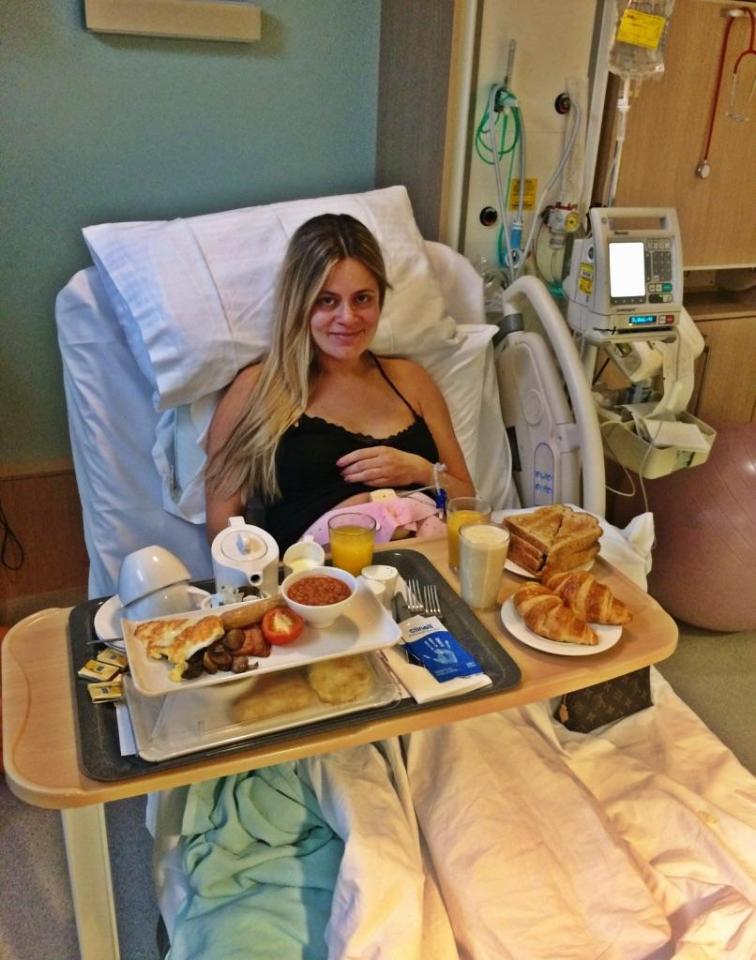 Ana likened the wing to a five-star hotel with its spacious en-suite bathrooms and lavish menus“On delivery day I had a huge breakfast. They offered a full English, pastries, freshly squeezed orange juices. It was just like a five-star hotel.

“They also had an afternoon tea, which was like a restaurant. You got sandwiches, cakes, cookies and different teas like English Breakfast, camomile and peppermint. It was also possible to have Champagne but I don’t drink much and was breastfeeding so I didn’t have any.

“The dinner menu had things like lasagne and a panna cotta dessert – that was my favourite, I had it twice. But I always tried something different.

“They also had very nice, refreshing soups which was really needed after delivery.” 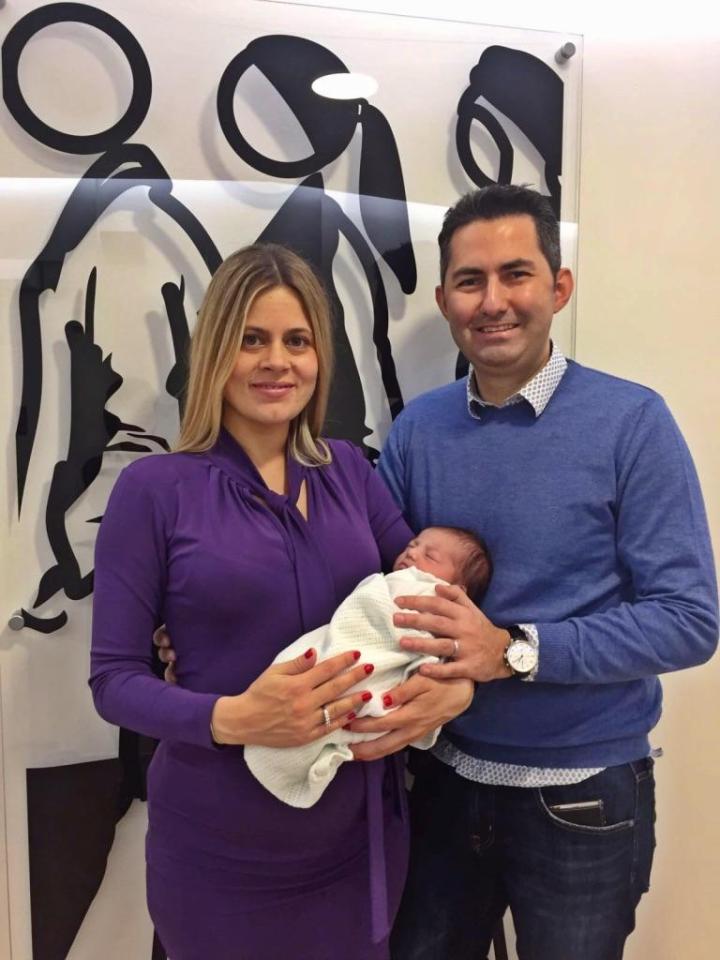 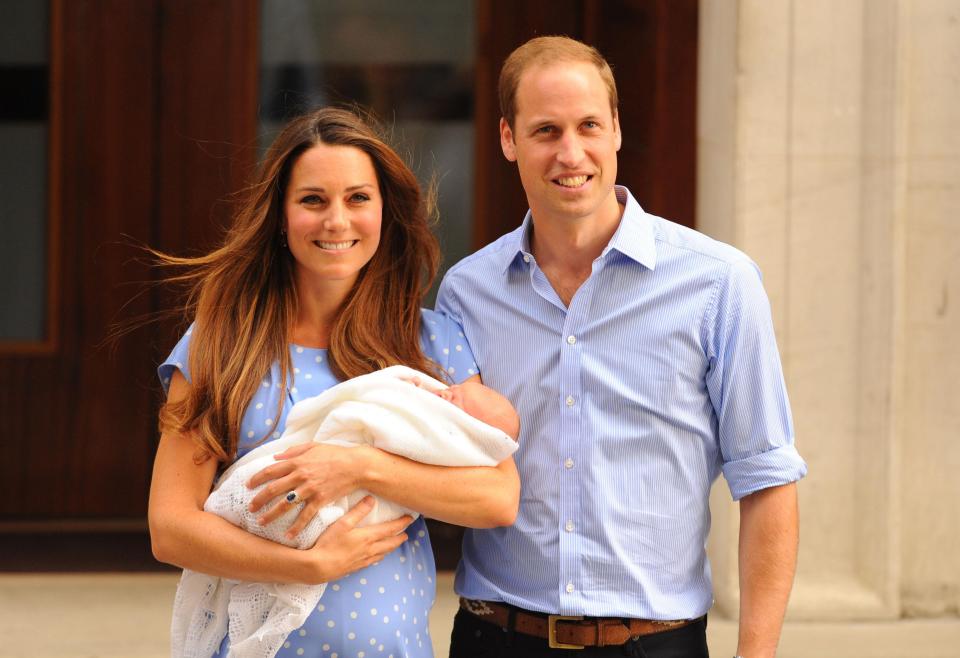 Ana chose the Lindo Wing in October 2016 over the uber-posh Portland Hospital for Women and Children as it’s attached to St Mary’s Hospital.

“I wanted private delivery, but to be close to a big hospital in case something went wrong,” she said.

“My waters broke on Sunday around midnight. I gave them a call and they told me to come in immediately to avoid any potential infections.

“I arrived in the early hours of Monday. In the morning they induced me and I delivered the baby, after 12 hours, on Monday night. I stayed in the hospital for five days and went home on Saturday morning.”

Ana had an epidural during her labour which cost an extra £1,300 – and she claims her labour was pretty much pain-free.

“I was almost 12 hours in labour and I really don’t remember being in pain, as they would top up the epidural all the time, unlike in other hospitals where you have to wait for hours.” 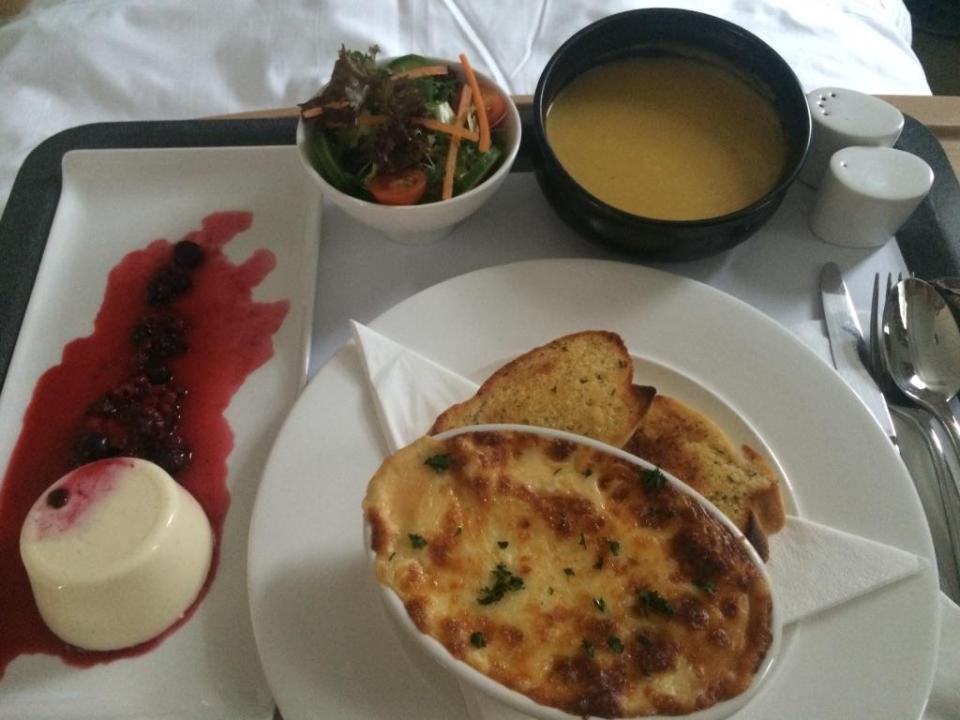 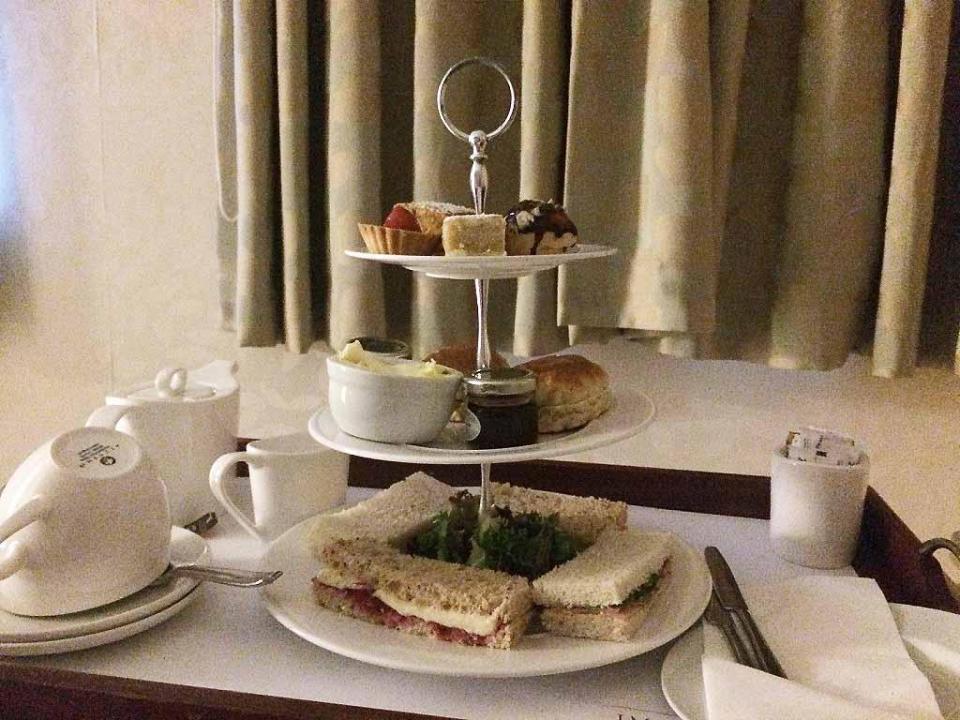 Ana said the quality of care she and daughter Mia, now one-and-a-half, received at the Lindo wing was exceptional.

“The service and the midwives were amazing – any moment I needed something I would just ring the bell and they’d be there in less than a minute,” she recalled.

“Even when I didn’t need something, they would very often come and check that everything was OK. I really felt quite special there.

“I decided to breastfeed my baby, but as it was my first I didn’t know how to do it and I was struggling, but in those five days they were very patient and gave me instructions on how to do it, and by the time I went home it felt very natural.

“The whole experience was more than I was expecting. The staff were constantly there; I felt like I was in really good hands, and that they could help with everything.” 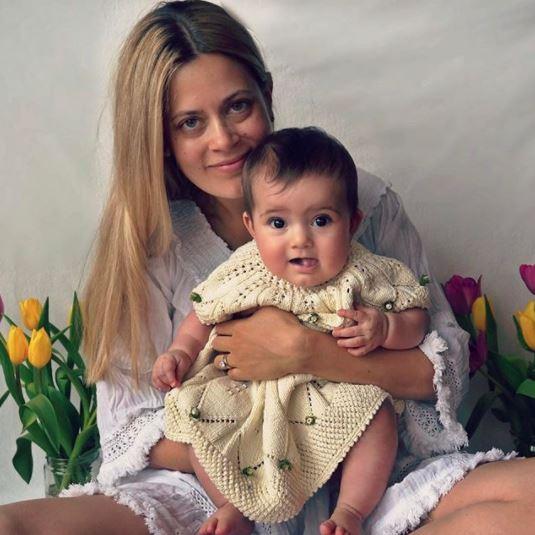 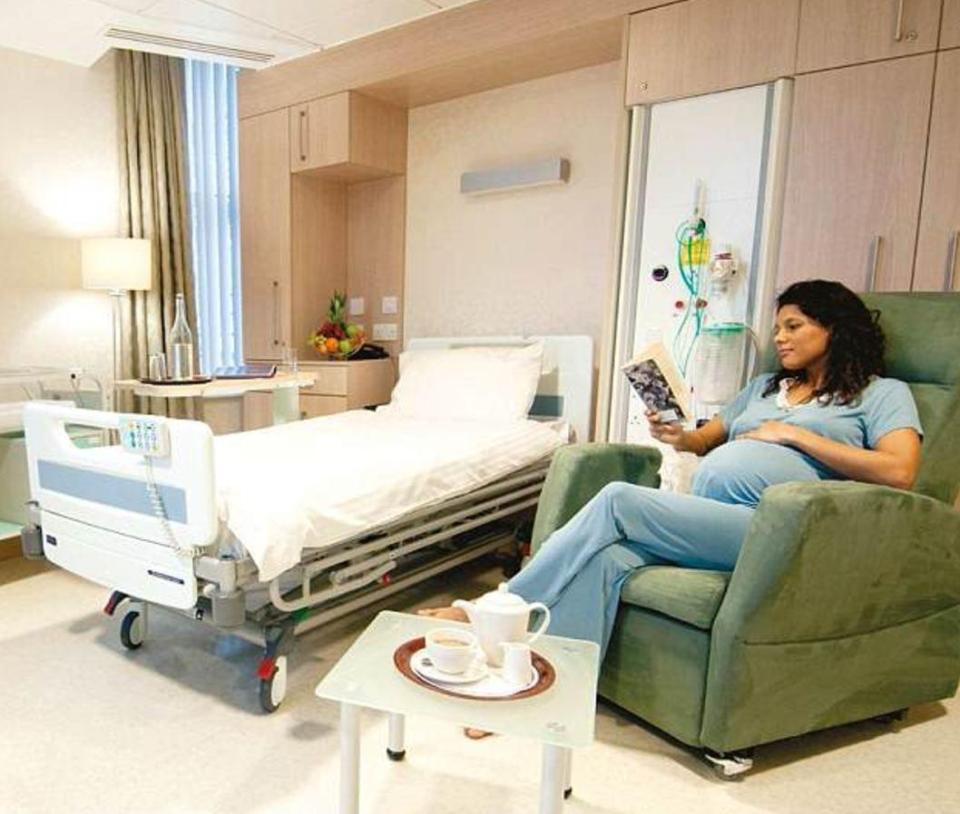 Ana’s room had a sofa bed for her husband. She opted to stay on for longer than expected as her daughter had some breathing difficulties when she was born and needed antibiotics.

“It was quite a big room, I had a nice big bed, and the bathroom was huge, it had a separate shower,” she said.

“We had a satellite TV and there was wifi. They also provide you with nappies, everything you needed for your baby. They even have formula for mums that don’t breastfeed their babies and offer postnatal physiotherapy.

“They had magazines in the room and every morning they’d bring newspapers – they had different options so I could choose what I was interested in. 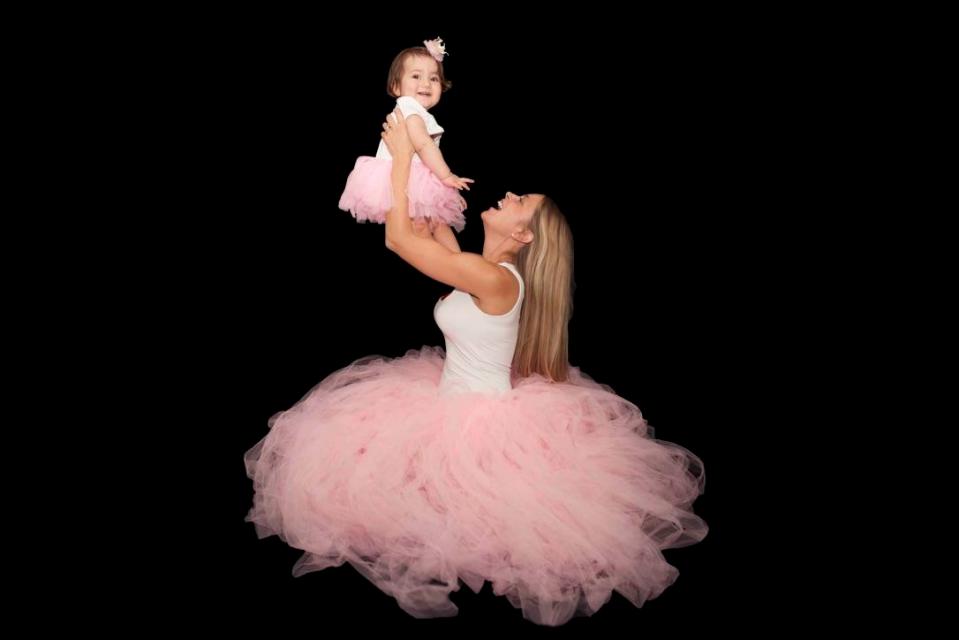 “They typically served dinner at around 6pm or 7pm, but if they came and saw I was sleeping or feeding the baby they would not disturb, they’d bring it back later, still warm and fresh.

“It was possible to have ice cream as a dessert, but they wouldn’t deliver that on the same tray as the rest of the food because it would melt, so they’d bring that separately after half an hour.”

Ana also made use of the on-site nursery, which looks after babies to give their parents a well-earned rest.

“If you want to sleep and relax they’ll look after the baby for you and let you have a good night’s sleep,” Ana said. 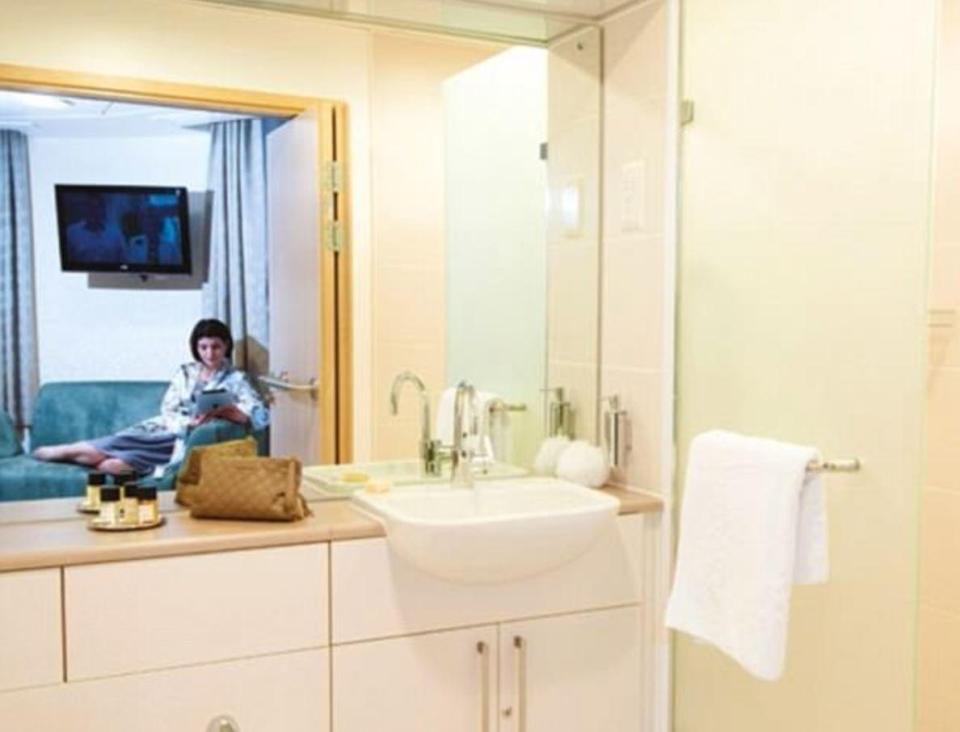 “Because I was feeling quite well, my husband and I would leave the baby in the nursery and go for a walk outside the hospital. I knew I was leaving my baby in safe hands. It also gave me time to catch up with my friends and send messages and make phone calls.”

The first night in Lindo wing costs £5,900 – the normal delivery package for the first 24 hours – then every additional night is charged at £1,175.

Patients can pay extra for a deluxe package, where the rooms are slightly bigger, which costs £6,275 for the first 24 hours and £1,550 for extra nights. 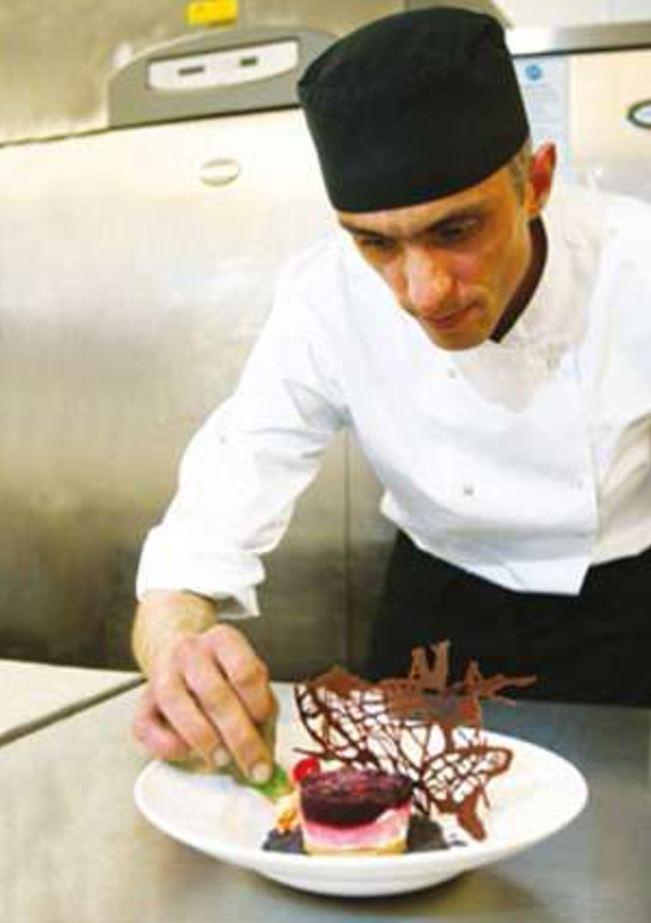 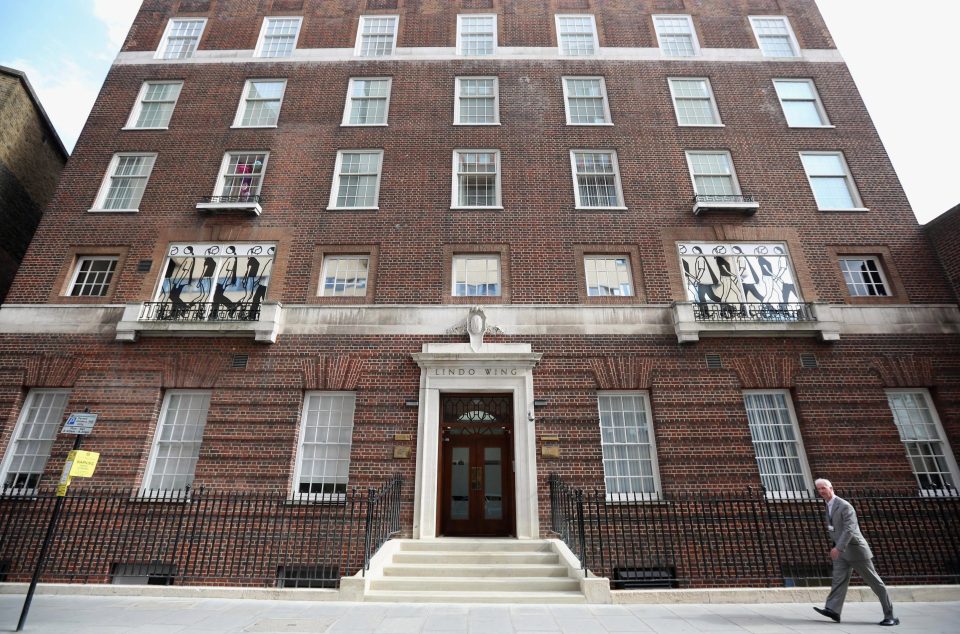 All of the care packages at the Lindo wing include:

You will be expected to pay extra for:

St Mary’s Hospital is 173 years old, as it was founded in 1845 and first admitted patients in 1851. The private Lindo wing was founded in 1937, named after businessman and hospital board-member Frank Charles Lindo, who donated £111,500 to the hospital.

Earlier this week we told how patients are being hit with £130 fines outside the Lindo wing as parking wardens cash in on the imminent royal baby.

Parking is suspended until April 30, a week after the Duchess of Cambridge's due date, and tickets in the Westminster borough are £130.