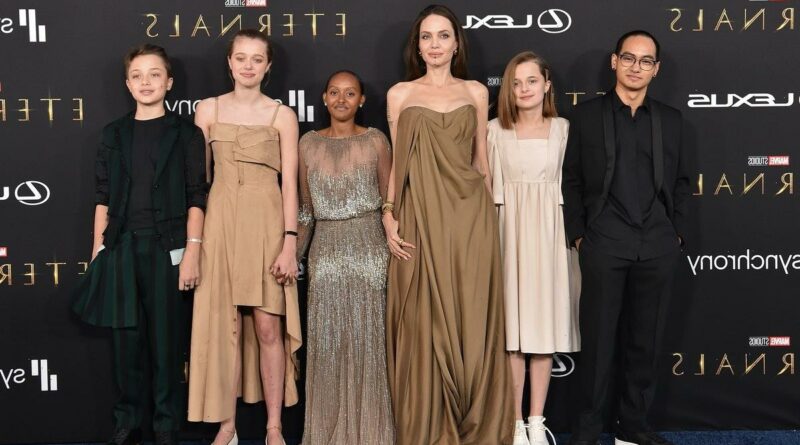 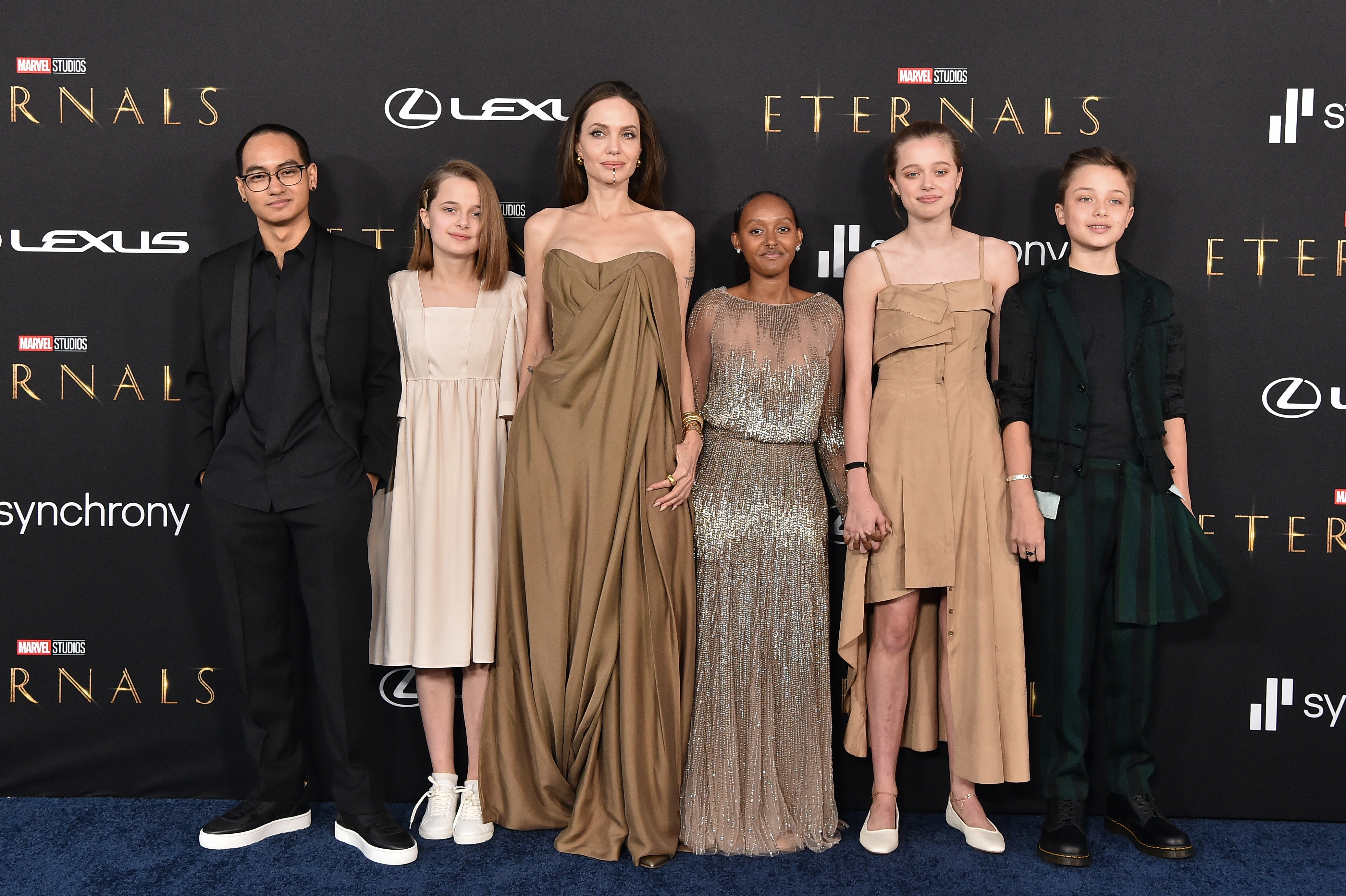 It was a family affair at the premiere for Marvel’s Eternals on Monday night. Angelina Jolie brought along five of her children to the event, dressing them in upcycled looks that formed a coordinated color story as the six-some posed on the red carpet.

Jolie stood in the center of her children, wearing a strapless Balmain dress with some vintage Tiffany & Co. jewels and a lip cuff. She was flanked by Maddox, 20, in a black blazer, shirt, and pants; Vivienne, 13, in an off-white dress and sneakers; and Knox, 13, in an olive green suit with a pleated adornment on the hip. Next to Jolie also stood 16-year-old Zahara and 15-year-old Shiloh. Zahara wore a very recognizable look—the Elie Saab dress Jolie herself wore to the 2014 Oscars, while Shiloh chose an upcycled, deconstructed version of a beige Gabriela Hearst dress Jolie wore to speak at a “Women for Bees” event this past July. Jolie’s second-oldest, Pax, was not at the event with the rest of his siblings.

“My kids are all mixed with vintage, and in my old Oscars dress,” Jolie told Entertainment Tonight. “We did all vintage and upcycled my old stuff.”

This is hardly the first time Jolie has brought her children as dates to a premiere. In fact, she’s done so for her past few projects. Many of her kids were present for the various Maleficent: Mistress of Evil premieres back in 2019, and Jolie brought Zahara, Vivienne, Knox, and Shiloh to the Dumbo premiere that year as well. What is notable about last night’s premiere, however, is Shiloh’s decision to wear a dress. This is the first time the teen has not worn pants or a suit when joining her mom on the red carpet. She looked gorgeous in the structured piece as she showed the world that she is continuing to grow up and find herself.

Angelina Jolie in the Elie Saab gown at the 2014 Academy Awards.

Pax, Shiloh, Vivienne, Angelina, Zahara, and Knox at the world premiere of Maleficent: Mistress of Evil in 2019.