Anna Wintour should butt out of Australian politics. Anna Wintour is a washed-up American print editor who no one in Australia cares about. Anna … who?

These are actual comments made by Australians during the US Vogue editor-in-chief's visit to Melbourne this past week. 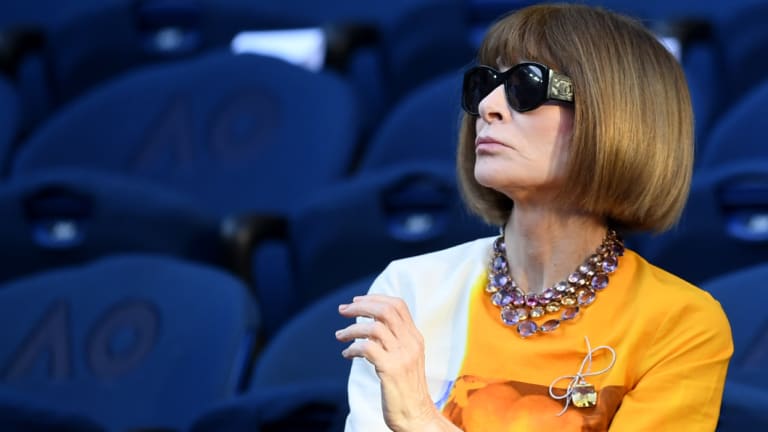 Some in the media and politics even argued that no one here cares what Wintour thinks, and that reporting her remarks on anything – from gay rights, to feminism, to the #MeToo movement – is some sort of "free kick" and irrelevant to our national discourse.

But many more can see that Wintour’s first visit to Australia, chiefly to watch the Australian Open but also to engage with leaders in fashion and the arts, has been a triumph. Organisers of other major events should take note.

At the most basic level, the fashion and publishing icon is a huge tennis fan. She is close friends with Roger Federer and Serena Williams, plays the sport most days – at 5am, no less – and has not missed a session at Rod Laver Arena since she flew in last Sunday.

How often can you say that about the guests brought, often at great expense, to Australia by the organisers of horse racing or the grand prix? 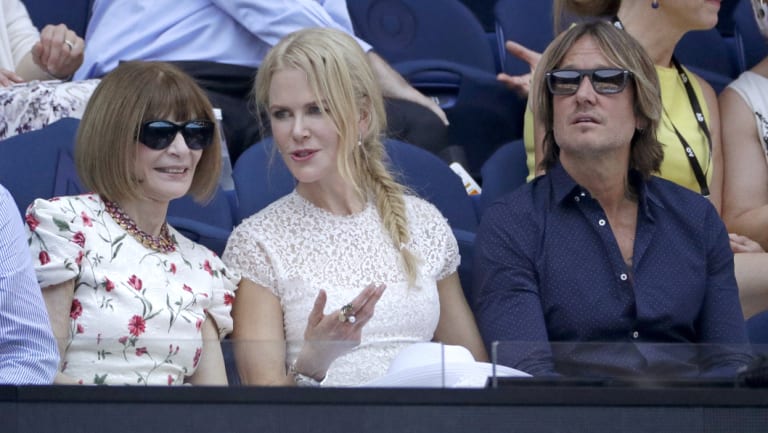 Often, in a desperate bid for publicity, organisers hitch their wagons to "talent" who know nothing about the event they are promoting. Or worse, they come with so many strings and clauses in their contracts that their presence becomes a curse for the very people hosting them.

In securing Anna Wintour for the Australian Open, Tennis Australia scored not only a great coup for the sport but also for Melbourne.

As part of her visit, Wintour agreed to donate two Chanel pieces from her personal collection to the National Gallery of Victoria that went on display on Friday, for all visitors to the gallery to see. For free.

Sure, Wintour stirred Australia's conservative political pot when she made her comments about tennis champion Margaret Court’s views on same-sex marriage. But many have praised the magazine veteran for having the bravery to call out Prime Minister Scott Morrison's record on LGBTQ rights as "backward in all senses".

And while some have said Wintour should stay out of Australian affairs, the truth is that many of the things she spoke about in her keynote address at the Australian Open Inspirational Series event in Melbourne are not strictly matters of domestic politics per se, but part of a broader, global discourse on human rights.

But coming back to the main point. Wintour was brought here for the tennis, because of her love of the sport. Other sports, particularly but not limited to our racing carnival organisers, should be paying close attention before they sign contracts for this year's inevitable international guests.

Why spend money on a no-name celebrity who thinks the Melbourne Cup is akin to a Texas rodeo, or others who show no interest in learning about Australian sporting culture?

Wintour was, in every sense, the perfect visitor. She was punctual, attentive and left something behind that all Australians can enjoy. And most of all, she gave more than a passing care to the sport she was paid to come to watch. To other events, the ball's in your court.