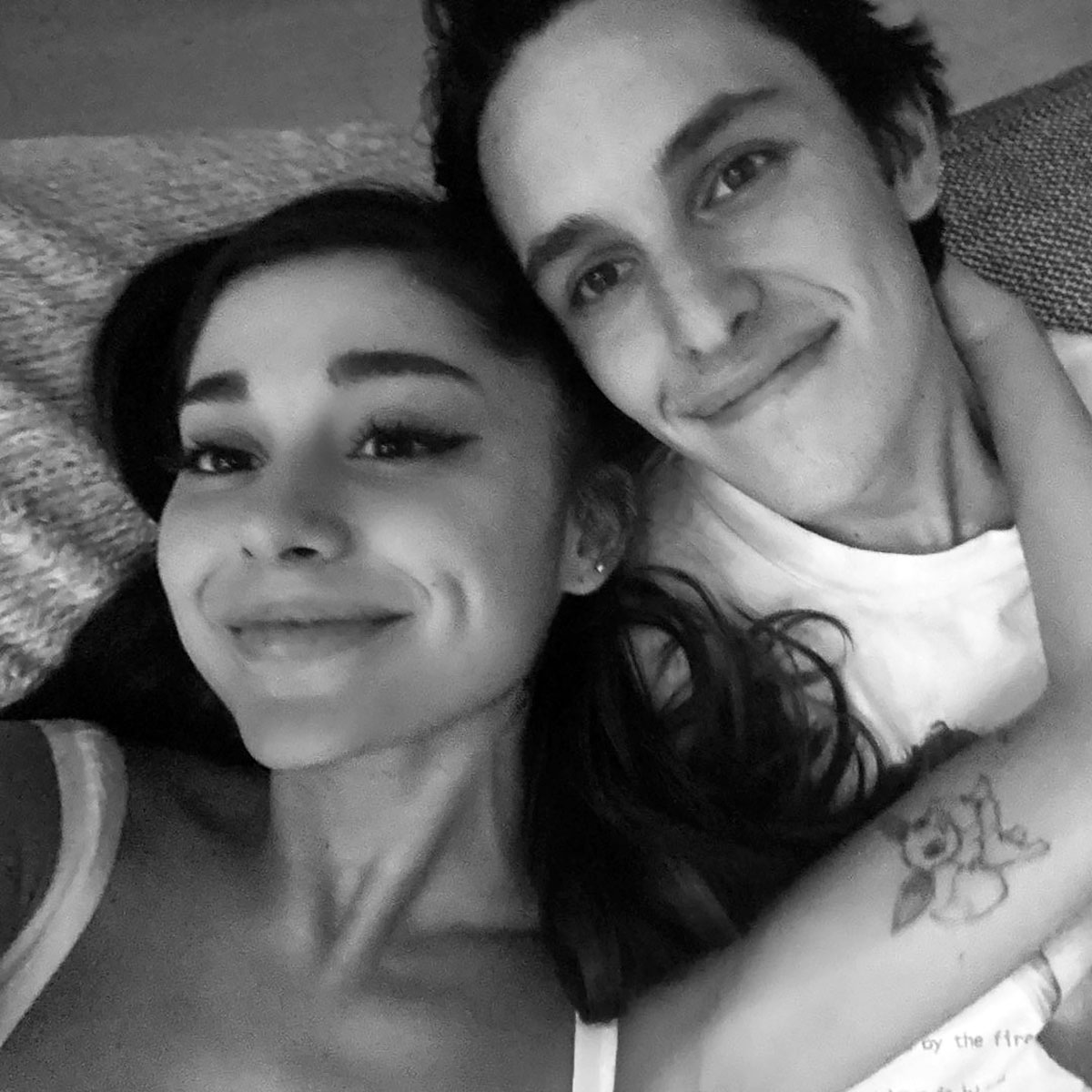 Tough act to follow! Ariana Grande’s engagement ring is certainly a statement sparkler, so Dalton Gomez made sure to put some major TLC into designing his new wife’s wedding band.

The 25-year-old realtor, who married the 27-year-old singer this past weekend, turned to jeweler Jack Solow to design Grande’s custom band. And while a photo has yet-to-be-released, it’s a safe bet that the bauble is something special.

“It’s a beautiful, tasteful platinum and diamond pave band,” a spokesperson for the jeweler told E! News. “Dalton was very happy with it.”

The bling was added to Grande’s ring finger during an intimate ceremony this past weekend, Us Weekly confirmed.

The wedding included less than 20 people and “the room was so happy and full of love,” a rep for the singer said. “The couple and both families couldn’t be happier.”

Ariana Grande and Dalton Gomez: A Timeline of Their Relationship

But when it came to designing a ring for the duo’s nuptials, Solow & Co., who also designed Grande’s engagement ring, didn’t just pick a random band out of their case.

Instead, they “worked with Dalton” to design the custom wedding ring. And if history is any indication, the California native took a hands-on approach during the design process. 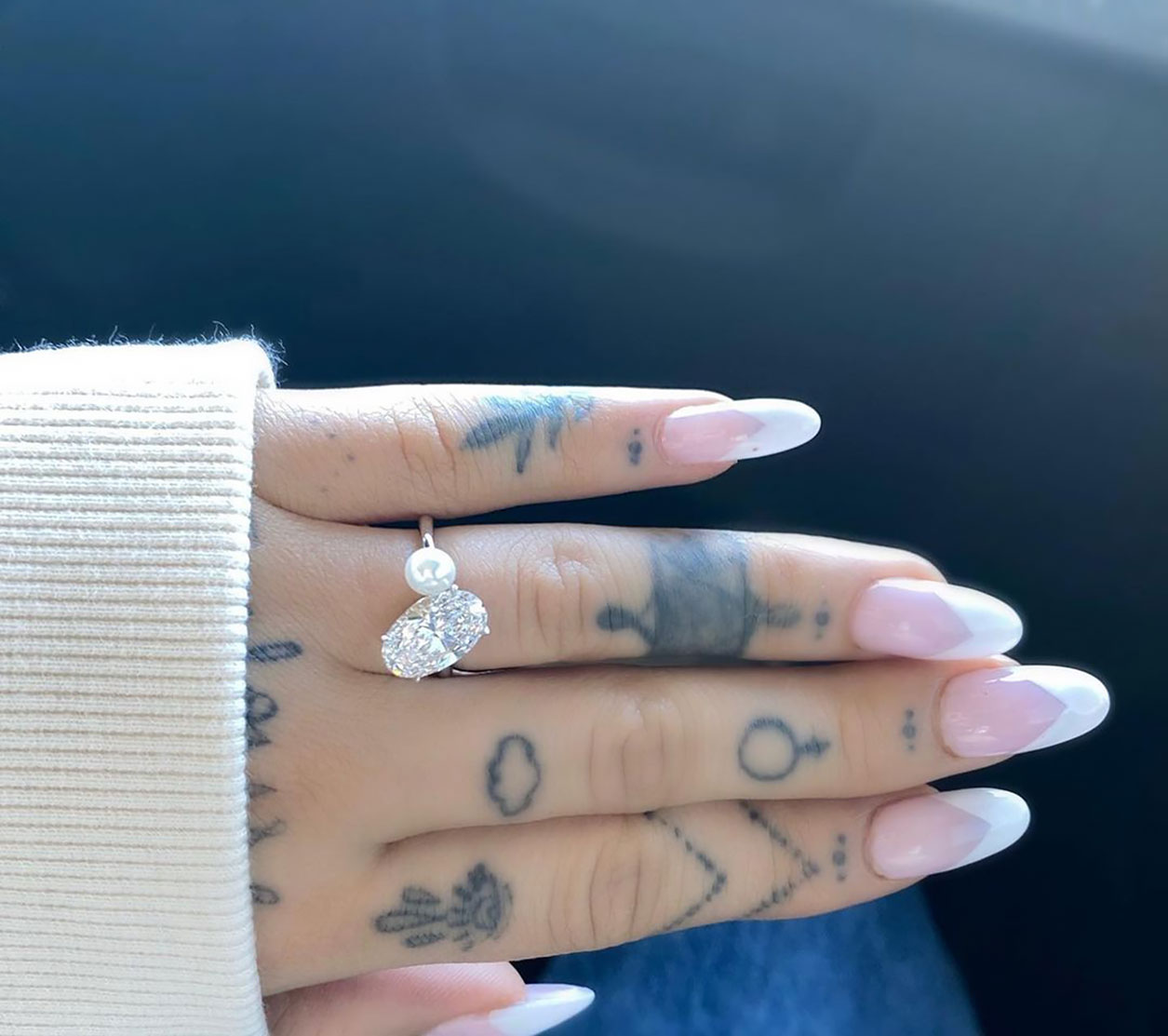 In December 2020, Solow told E! News that Gomez was “very, very specific” and “involved in every step of the selection process” when creating Grande’s stunning engagement ring.

Grande first gave Us a glimpse at her engagement ring via a December 20, 2020, Instagram post, which she captioned, “Forever n then some.” While diamonds are a girl’s best friend, it’s the pearl accent that made the Grammy winner’s ring extra special.

Fans quickly pointed out a tweet that the hitmaker wrote back on October 28, 2014. “Nonna had a ring made for me w/ the pearl from grandpa’s tie pin,” the “7 Rings” vocalist wrote alongside a picture of a pearl ring. “She says he told her in a dream it’d protect me. <3.”

Grande and Gomez first sparked dating rumors in February 2020. Us later confirmed the couple’s relationship in March 2020 as the “Thank You, Next” singer started sharing pictures of her new beau to her Instagram page.

Leading up to their May wedding, a source exclusively told Us that the two were “beyond obsessed with each other” and spend “almost all their time together.”

The insider continued: “He loves to dote on her [and] he just makes her really happy. All of Ariana’s friends and family love him for her.”