Tonia Rossington swotted up on YouTube before using a 99p decorator’s blade and a £2.50 bottle of disinfectant to perform the procedure while her husband was at work. 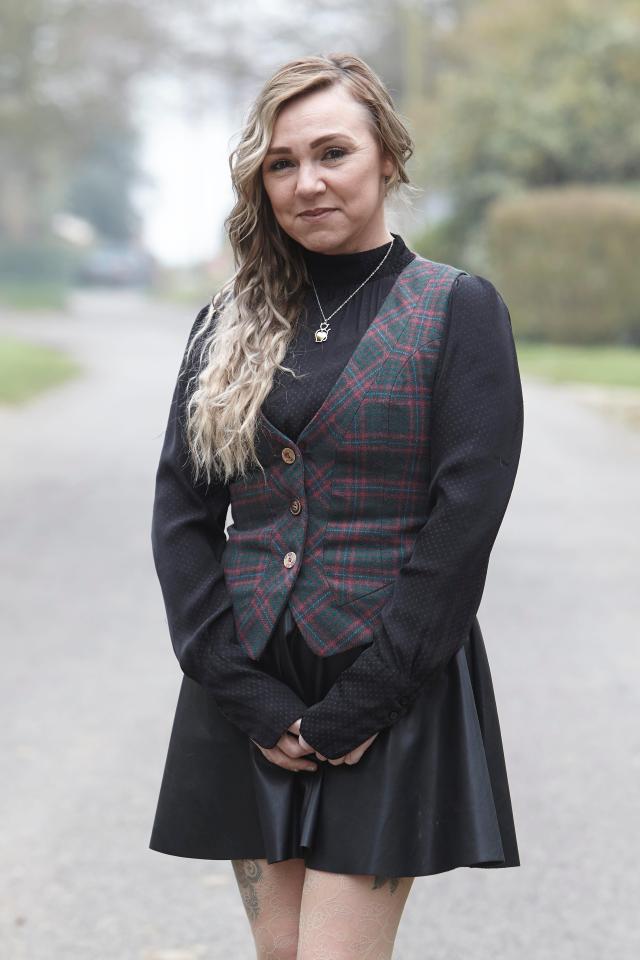 The part-time cleaner began to hate her F-cup implants soon after getting them in 2004.

But having them removed would cost £3,000 privately and she refused to burden the NHS. So five weeks ago, she cut out the implants in front of her bedroom mirror.

Incredibly, the mum of three felt no pain due to severe nerve damage she suffered having the implants put in.

Tonia, 49, said: “The NHS is under such a huge strain and I didn’t want to add to that. 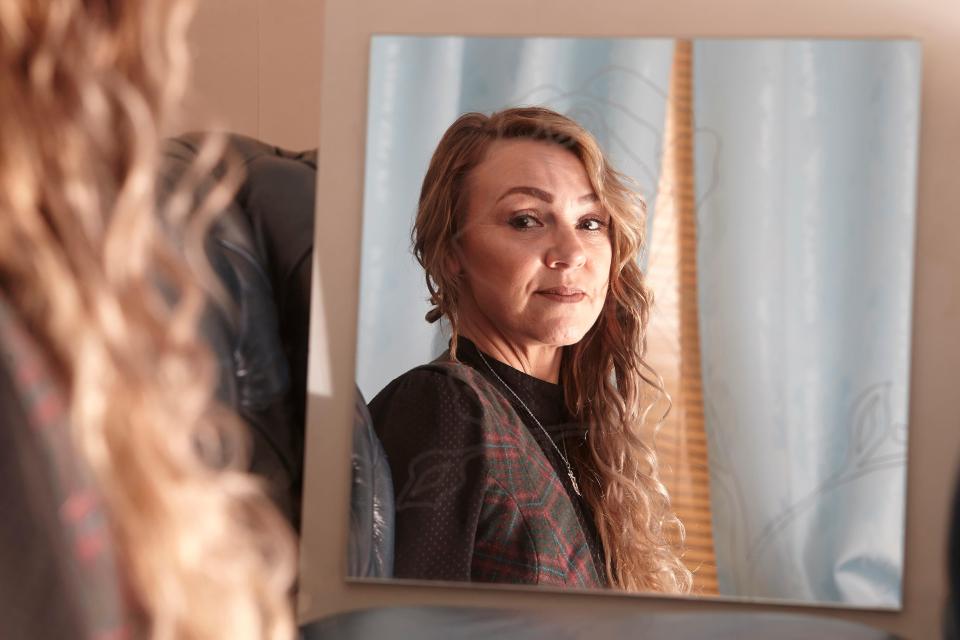 “I have a pretty strong stomach and knew I could take them out myself. I tried to save for an ‘explant’.

"I was ­putting money in a jar but something always came up. I thought, ‘This is never going to happen’.

“I started suffering anxiety and my giant boobs were getting me down. I desperately wanted them out.

“I knew people would say, ‘You shouldn’t have had them in the first place’ or ‘Well, you had them put in, you have to live with it’. So I decided to do it on my own.”

Tonia’s astonishing self-surgery is thought to be a world first.

In 1992, an American woman, Marlene Hooker, slashed open one of her breasts so surgeons would be forced to remove her implants.

But high on Valium, she could only pull some of the silicone from one ruptured implant before having to go to hospital.

Tonia, from Skegness, Lincs, first got the implants 14 years ago, when huge boobs were in fashion — partly thanks to celebs such as Melinda Messenger and Katie Price.

Her husband paid for Tonia to have the £2,400 procedure in Brussels, taking her from a 36B to a massive 36F.

At the time, the 5ft 2in mum wore a size 12 to 14. Though large, the implants did not look out of proportion with the rest of her body. 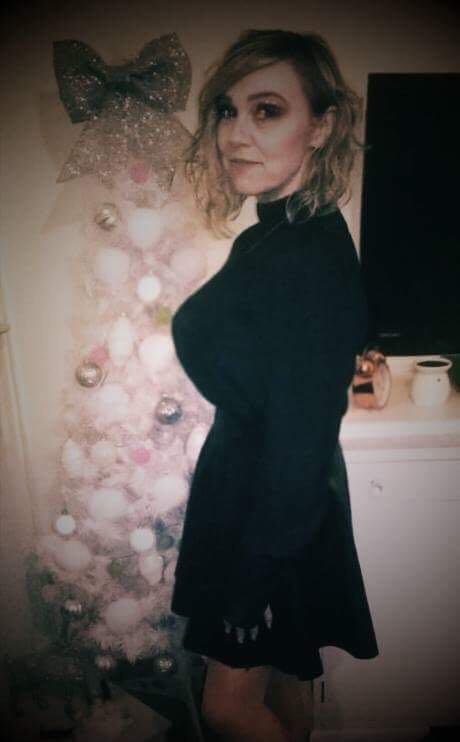 But when she lost weight, she began to hate the implants.

Tonia said: “At that time, big boobs were in fashion. I’d had three children and I thought, ‘I want big boobs’.

“For a time I thought they were great, but that soon wore off.

“As I lost weight, they just looked ridiculous. Plus I had lost some of my own breast tissue, so they started to sag really badly.

“A year later, I started to think, ‘Oh God, I’ve got to have these in now for the rest of my life’. I’d cover them up, wearing tight bras and high-necked tops.

"But in the last two years I got really serious about wanting them out.

“They affected me mentally and ­physically. I was ashamed of my body.” 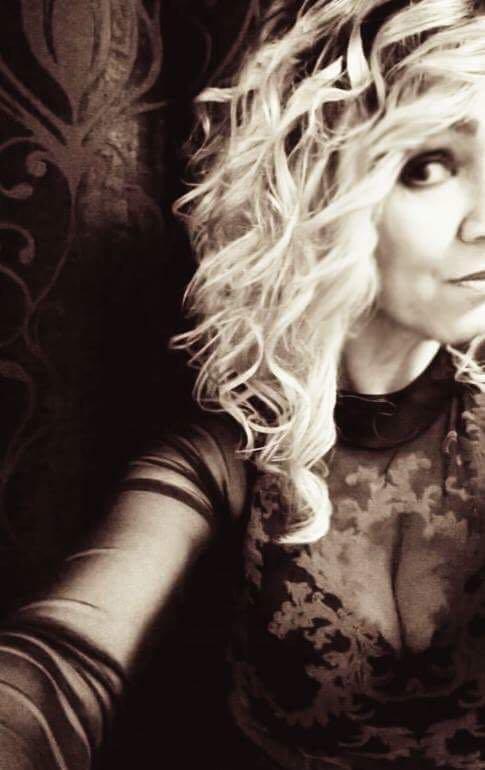 A year ago, Tonia researched having the surgery done privately.

But the £3,000 cost was impossible on her ­modest salary as a part-time cleaner at a local secondary school.

She wrote to her GP saying she had depression and anxiety linked to her implants, admitting she had considered taking them out herself.

The reply detailed the circumstances when surgery could be done on the NHS in her area — if the implants were ruptured and causing severe pain, or if there was “capsular contracture”, where extreme scarring forms a hard shell around the implant.

When Tonia told one of her daughters she was thinking of taking them out herself, the youngster assumed she was joking.

Tonia said: “I Googled it. There was only one lady who’d tried it in America but she only got one out before she passed out and had to go to hospital. 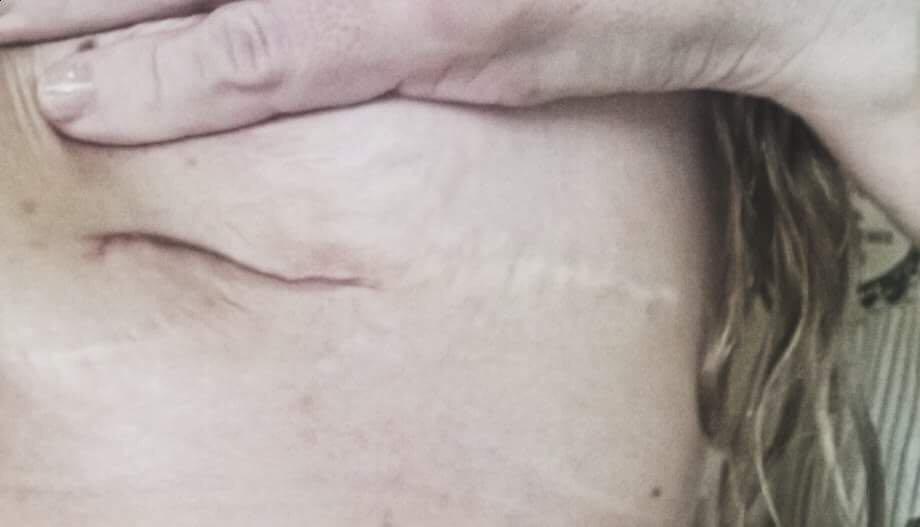 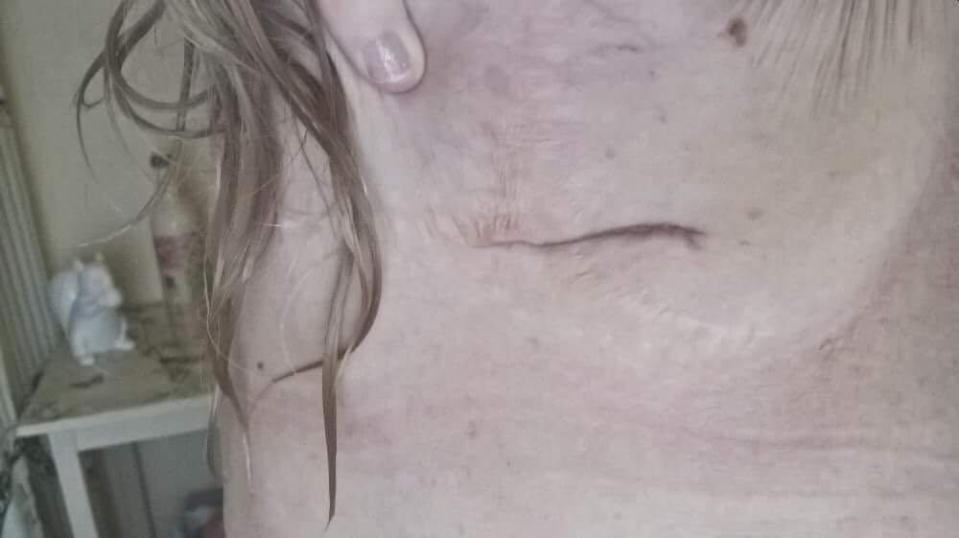 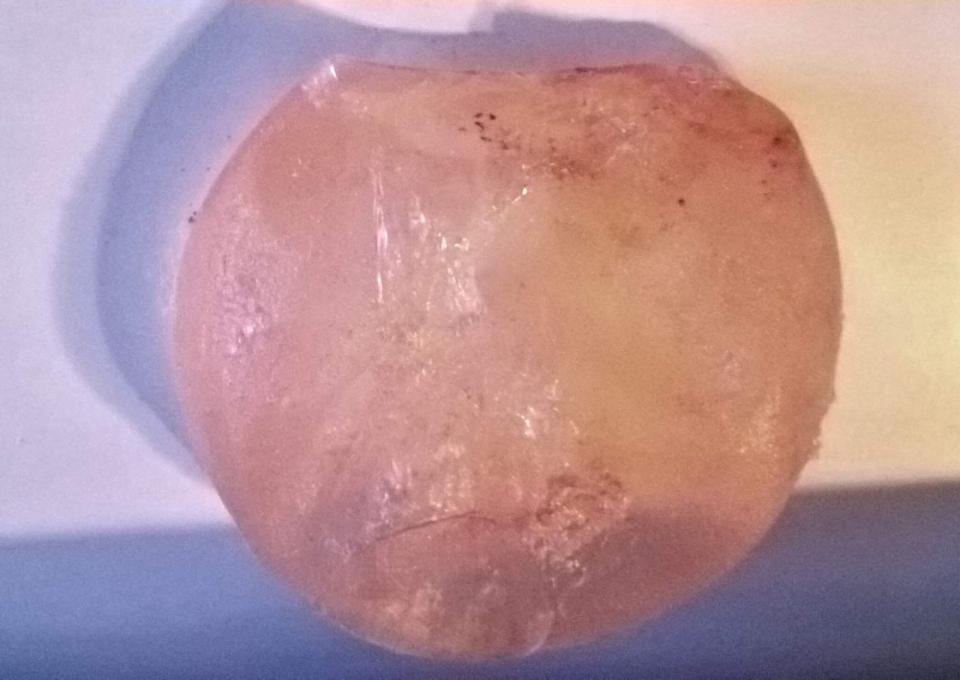 I’M horrified a woman would want to remove implants ­without even an assistant.

People who are doing this kind of thing need to know their DIY tools are not sterile – no matter how carefully they prepare – and they have no way of dealing with ­complications such as ­infections or bleeding that can arise during the “op”.

I suspect the increasing availability of out-of-hospital procedures such as cosmetic fillers is encouraging women to take needless risks.

But they face unacceptable dangers performing any kind of breast operation.

It is even worse if you can’t feel pain because you are less aware of the damage you are causing.

“The NHS only do it in really severe circumstances, like if one’s ruptured. You need a really valid reason and you can be on the waiting list for years unless it’s an emergency.

“Even if I’d had gone with the NHS, I knew it would be a long wait. I’d got it in my mind I just wanted them out there and then.”

On Friday, March 16, Tonia decided enough was enough. She went into Skegness and bought Dettol, surgical gloves and a knife from a DIY store.

Tonia said: “At this point, I was still thinking, ‘Are you mental?’ I was ­trying to talk myself out of it.

"I kept saying to myself, ‘Don’t be crazy, you’re not thinking straight.’ 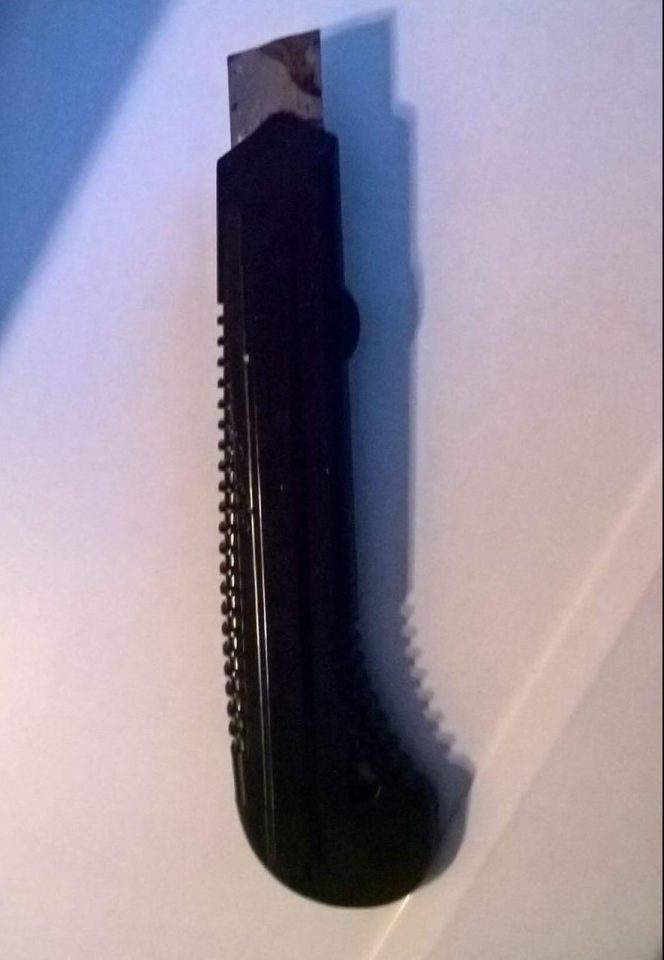 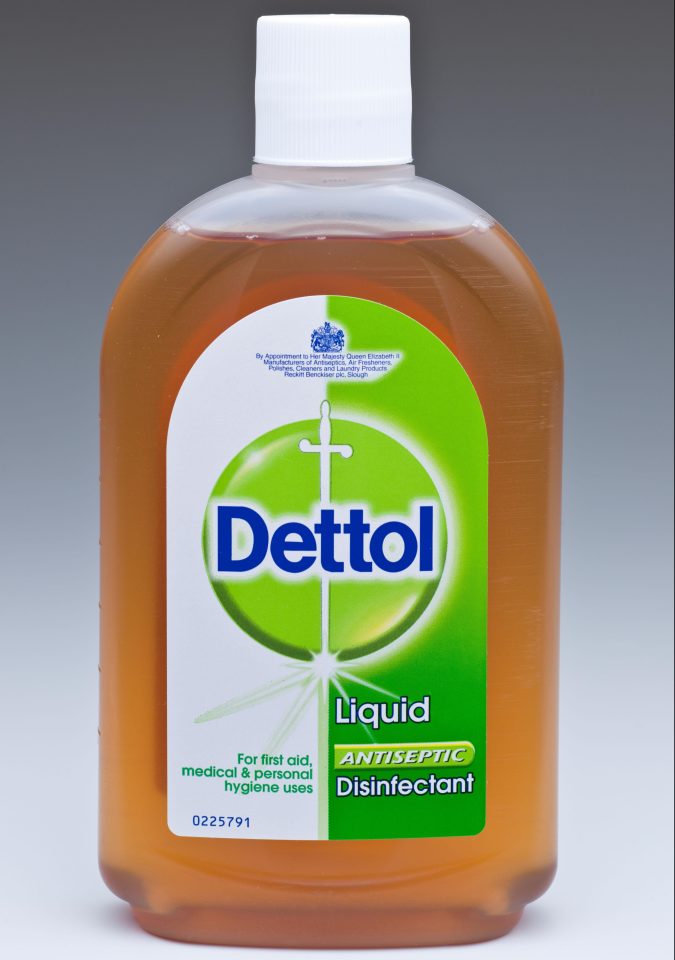 “It got to around teatime. I got ice cubes from the freezer and put them in a plastic sandwich bag. I went upstairs and sat for a while with the mirror in front of me.

“I thought I’d just cut a little bit to see if it hurt. I put the ice underneath where the original scar is. I lifted my boob up and held the ice there for five minutes until I couldn’t bear it any longer.

“After a bit, I pinched the skin and I couldn’t feel anything. I got the knife and did a tiny incision on the original scar tissue. 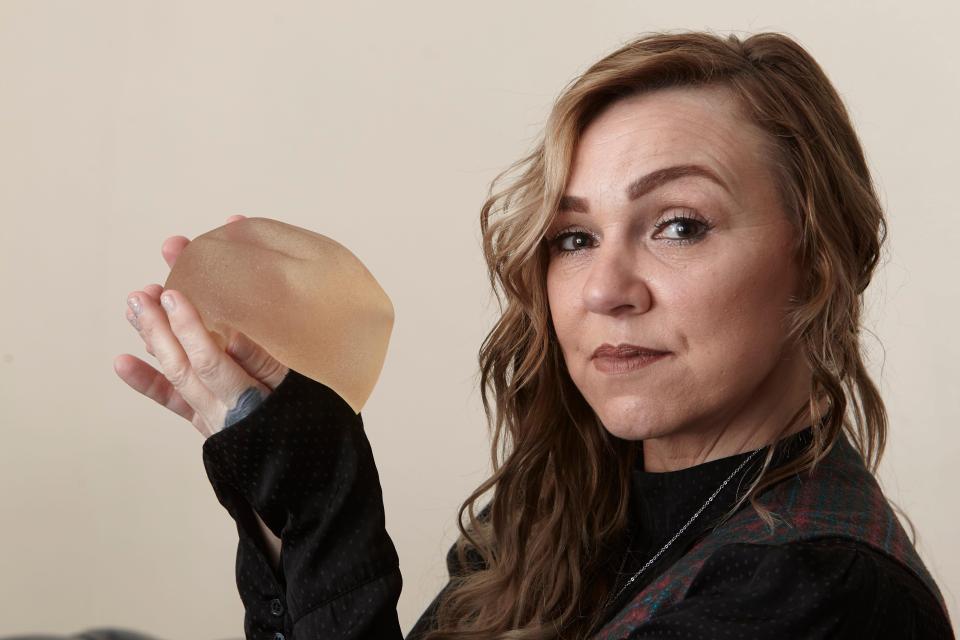 Tonia cut along her 14-year-old scar to avoid hitting major veins or arteries. After cutting through fat and scar tissue, she began to see lumps of silicone.

Tonia said: “It was awful. The implant had clearly ruptured. There was all this jelly, which was my fatty tissue.

“It sounds disgusting! Then I came to something that looked like a pocket, which I’d read about. A breast pocket forms around the implant. I came to that and thought, ‘S**t, I’ve got to get through this now’.

“That took ten minutes to get through but there was still no pain. Seriously, there was no pain.

“It was unreal. I was looking at myself in the mirror thinking, ‘I’m dreaming this. Am I really doing this?’ Then I saw the implant and the adrenaline kicked in. 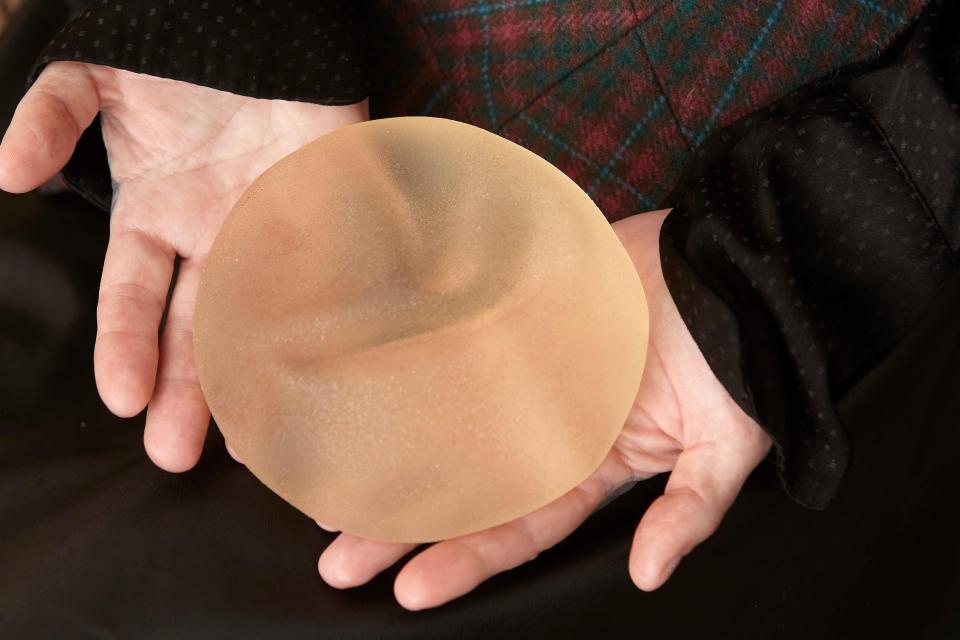 Tonia stunned medical staff when she told them what she had done“I got some gauze and grabbed the implant.

“There was silicone everywhere. It was turning to mush.”

Tonia pushed down on her implant and it popped out. After a deep breath, she did the same with the left implant, which was intact and came out straight away.

Tonia put makeshift dressings under her boobs and put on a bra to keep them in place before ­driving to Pilgrim Hospital in ­Boston, Lincs. 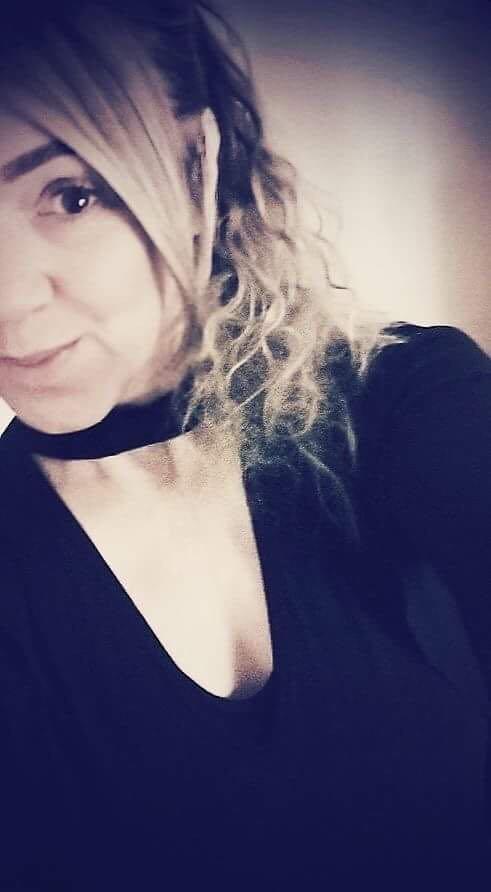 She left a note for her husband, who was working a night shift, saying she had gone to A&E but that he need not worry.

Shaking, she handed the A&E desk clerk another note detailing what she had done.

At first, staff thought Tonia meant she had removed a contraceptive implant. Doctors couldn’t believe it when Tonia said: “No, my boobs!”

They squirted saline into the ­ruptured breast to flush out the silicone and changed her dressings. 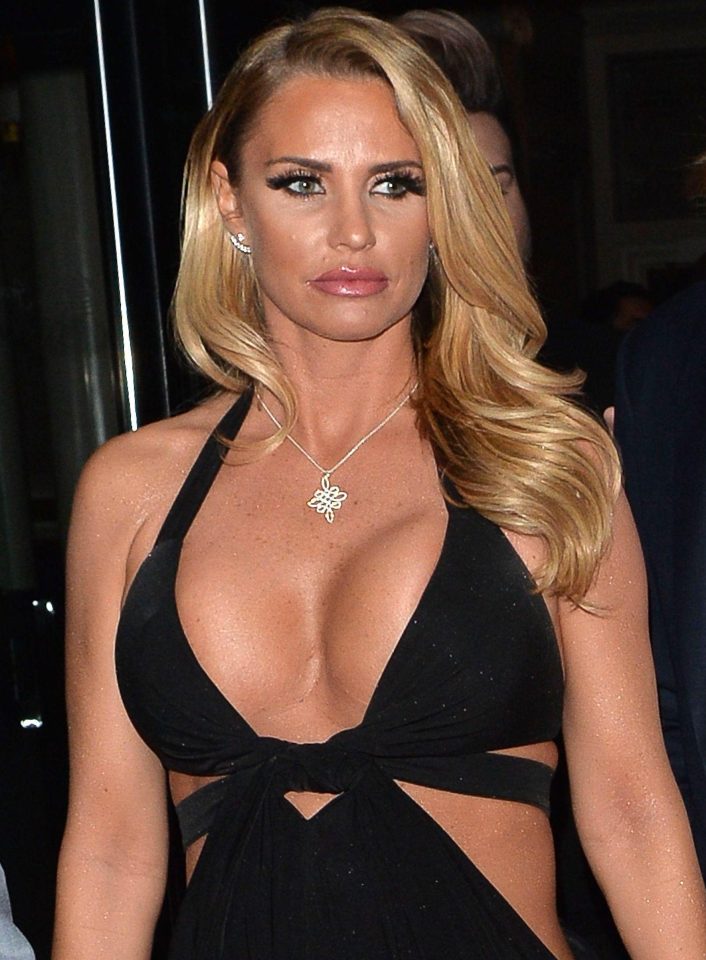 She was discharged at 1am without stitches, as it was thought the scars would heal on their own.

A scan has since confirmed that Tonia’s body is free of silicone, while her scars are healing well.

Tonia now believes nobody should risk having implants.

She said: “I see TV ads for ­cosmetic surgery and these girls bouncing around on horses saying, ‘I got breast implants and life is great!’ And I just think, ‘You’ll regret it!’

“I didn’t want to cost the NHS loads of money but I wanted them out there and then.

“I probably saved them thousands of pounds. The nurses at the ­hospital even told me that, trying to lighten the mood.

“Now the implants are gone, I love it. I’ll be honest, my boobs don’t look pretty. There’s a lot of saggy skin. But I would never have implants again. They were the worst mistake I ever made.”

A spokesman for NHS England said: “The policy on removal of breast implants is determined by the relevant clinical commissioning group where the person is based.”

Cut off the arm… or die 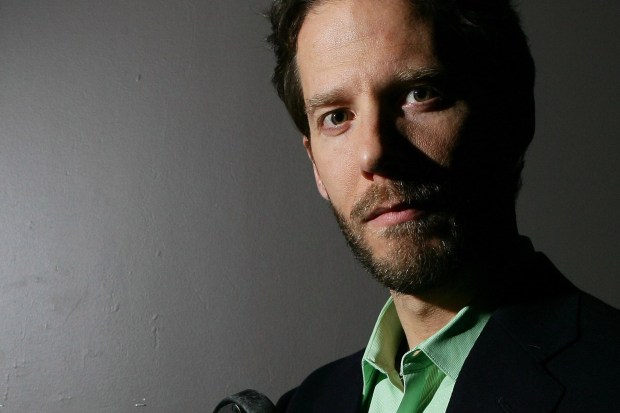 NOT so long ago, people would pull out their own teeth to avoid high dental costs.

But taking the drastic step to operate on yourself can be the difference between life and death – as Aron Ralston can testify.

The 42-year-old was hiking alone in the American wilderness in 2003 when a boulder fell and pinned his right ­forearm, crushing it.

After being stuck for six days, he cut his arm off with a pocket knife just below the elbow. His story was turned into the film 127 Hours in 2010.

Aron is not the only person to survive DIY surgery.

– In 1961 Russian expedition doctor Leonid Rogozov was forced to remove his own appendix while stationed as a lone medic in the Antarctic.

–  US fisherman Douglas Goodale cut his arm off after getting caught in a winch in 1998. He then sailed the boat back to the harbour in Maine to get medical help.

– Mexican Ines Ramirez was forced to give herself a ­caesarean section because of a lack of medical assistance during labour in 2000. Both mother and child survived.

–  In the same year, an Australian coal miner trapped two miles underground by an overturned tractor cut off his arm with a knife. Colin Jones, 44, had been ­working late and alone when the accident happened.