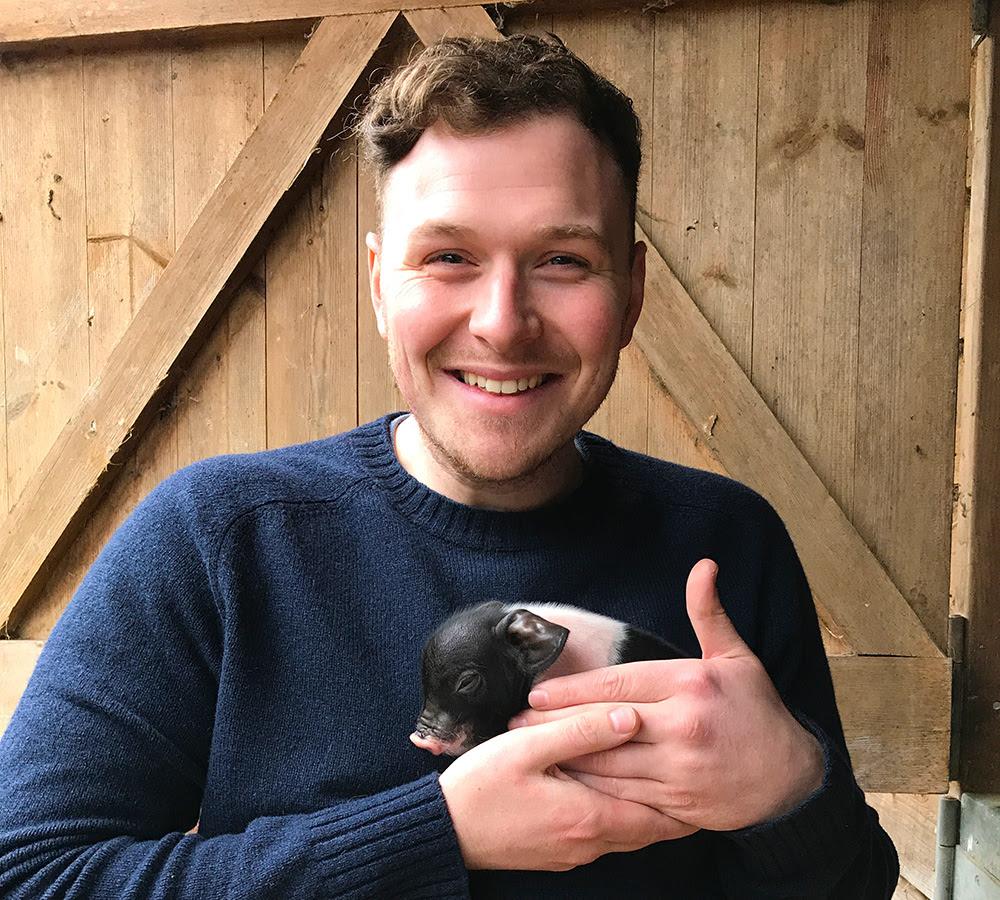 Writing on his memorial website to provide the poignant backstory behind the new "Jamie Robert Collection", ASOS' Lauren Leonard described how "at the beginning of this year at ASOS we received a thank you card" from a newly married couple.

Following Jamie's terminal bowel cancer diagnosis in November 2017 , him and his girlfriend Katie were able to plan their wedding in just three days in part thanks to ASOS' speedy delivery times.

29-year-old Jamie also suffered from Lynch Syndrome which is thought to have led to him developing bowel cancer at such a young age.

After gaining the permission of her CEO, Lauren then tracked down the couple "because we were all so moved by their story and wanted to do something for him." 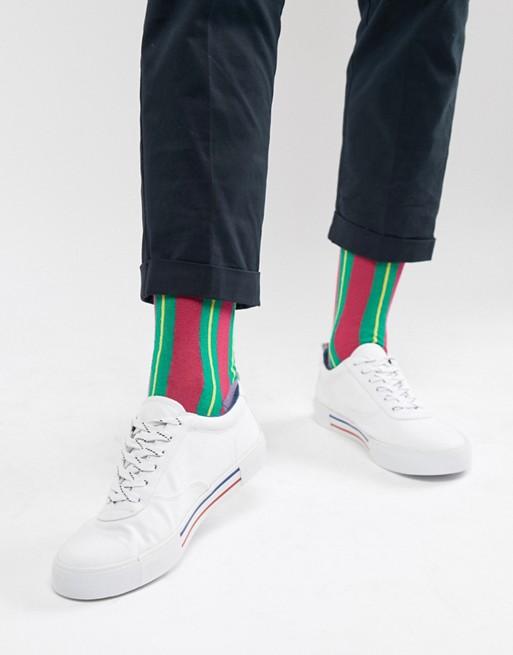 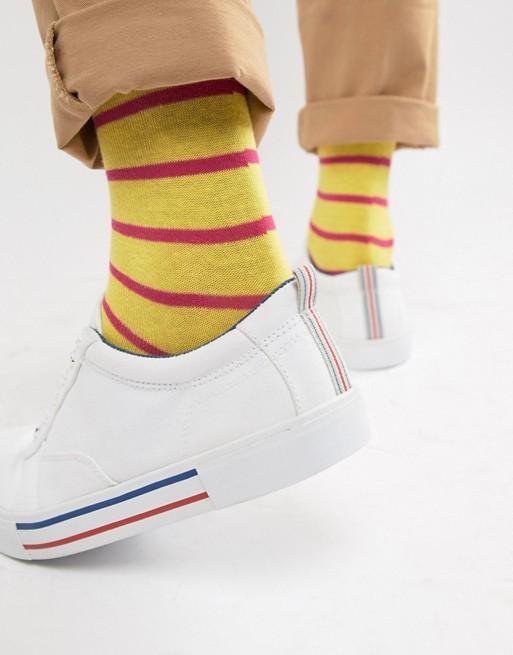 After paying for the newlyweds to enjoy a nice meal in London, ASOS then booked Jamie and Katie tickets to see The Lion King at the West End – which Jamie's dad revealed was "his favourite movie when he was little."

Describing Jamie as "extremely positive, kind young man", Lauren remembered how during "the last conversation we had he told me loved bright coloured chinos with patterned socks."

However, 29-year-old insisted that "ASOS socks weren't the best."

To honour his memory, ASOS have now unveiled a collection of men's socks inspired by Jamie's love of bright colours. 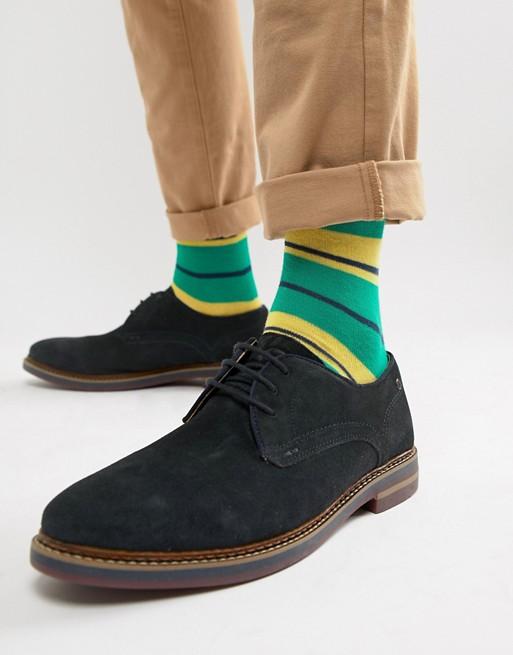 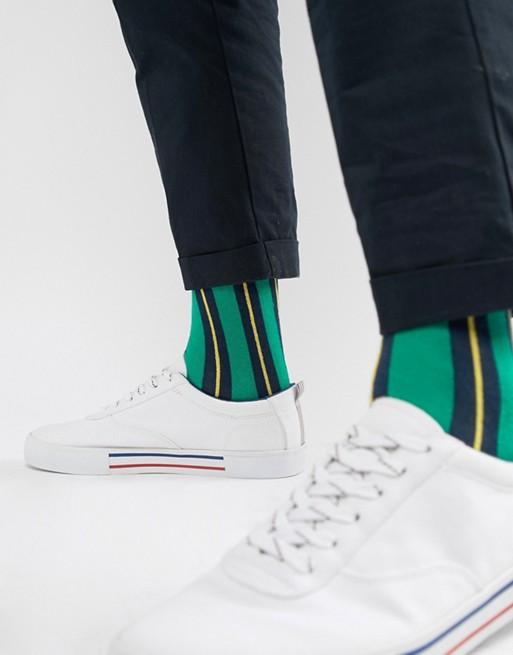 Using his "two favourite colours, kelly green and banana yellow", ASOS have well and truly upped their sock game to create a collection "Jamie would have loved."

Taking style inspiration from Jamie's love of chinos and how "he was always well dressed like his grandfather", the range of affordable £3 socks are all modelled with white trainers and black boat shoes. 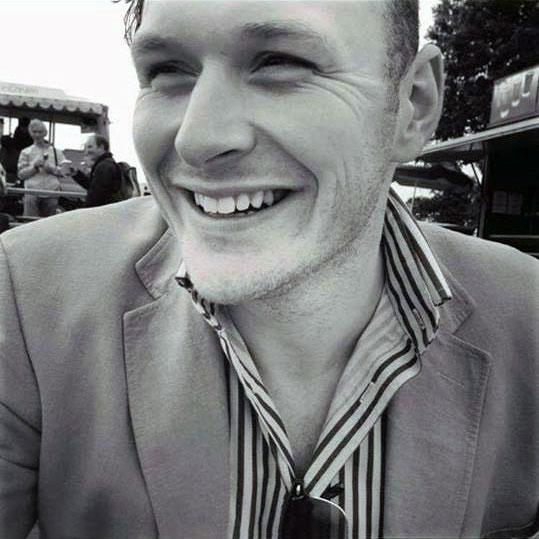 Reflecting on his son's style legacy, Jamie's father Tim Arnold said: "I would like to thank ASOS on behalf of myself and all of Jamie's family, for treating him so well, giving him an amazing day which he thoroughly enjoyed, and now dedicating this range of socks to him.

He would have loved this!"

What is Lynch Syndrome?

Alongside the range of socks, ASOS has also made a private donation to the charity Young Enterprise which helps young people learn business skills as well as help with their CVS.

A cause which "Jamie felt so passionate about" as a "kind, creative" person with "a good head for business."

In even more fashion news, can you tell the difference between Mango's £24.99 pink fluffy jumper and Ulla Johnson's £610 designer version?

Plus Primark is selling Harry Potter Christmas tree decorations for just £5 – and the Ron Weasley bauble is so cute.

And Fashion Nova has released a "sexy geisha" Halloween outfit… and people think it's culturally inappropriate.