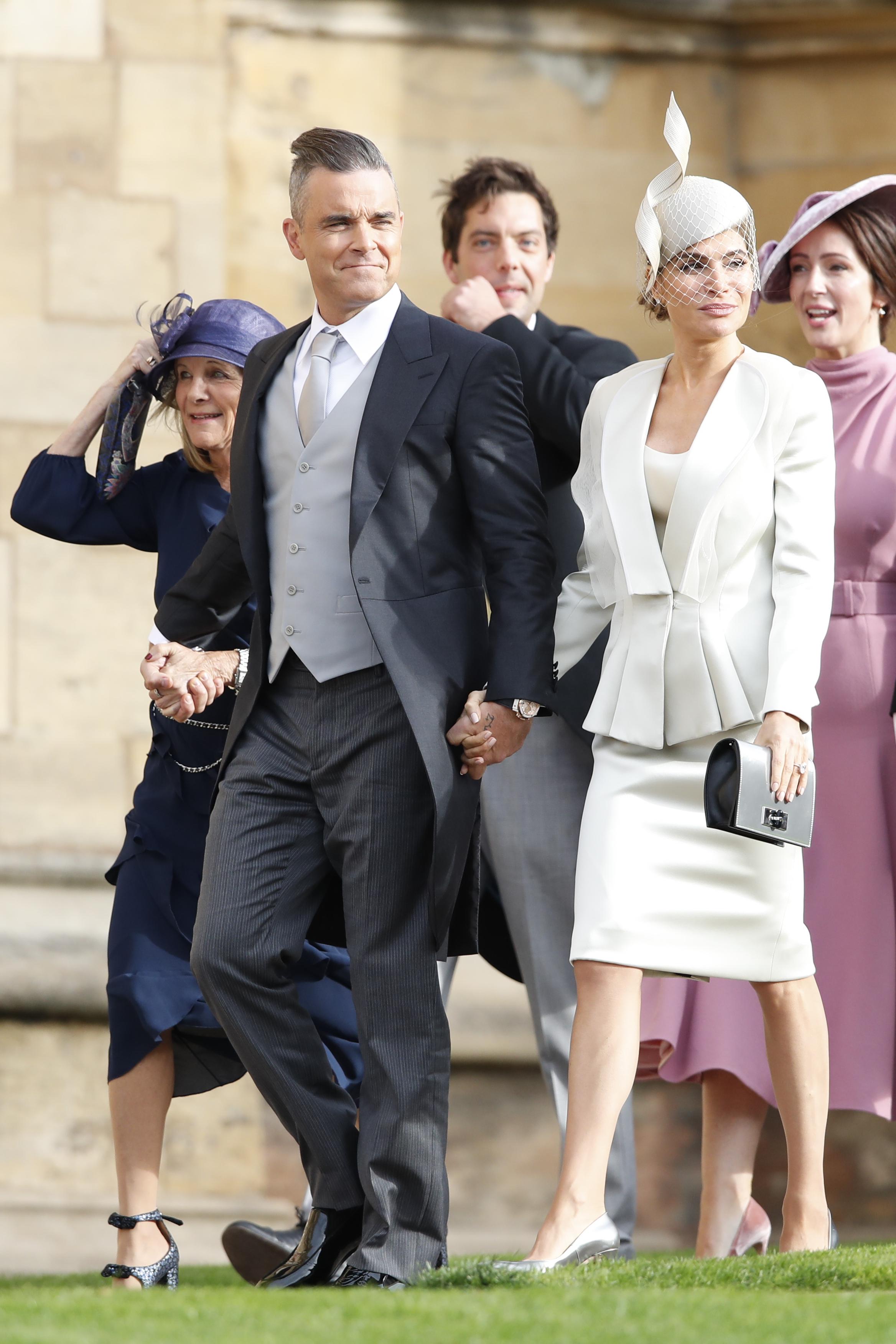 But while her, Robbie, and Robbie's mum Janet were all smiles, viewers and royal fans were not happy about her outfit choice.

Breaking the age old tradition that you do NOT wear white to a wedding, Ayda clearly hadn't got the memo or thought about how her outfit would look in pictures.

Others added: "Stunning! But at a wedding only the bridge should wear white, " and "very disrespectful." 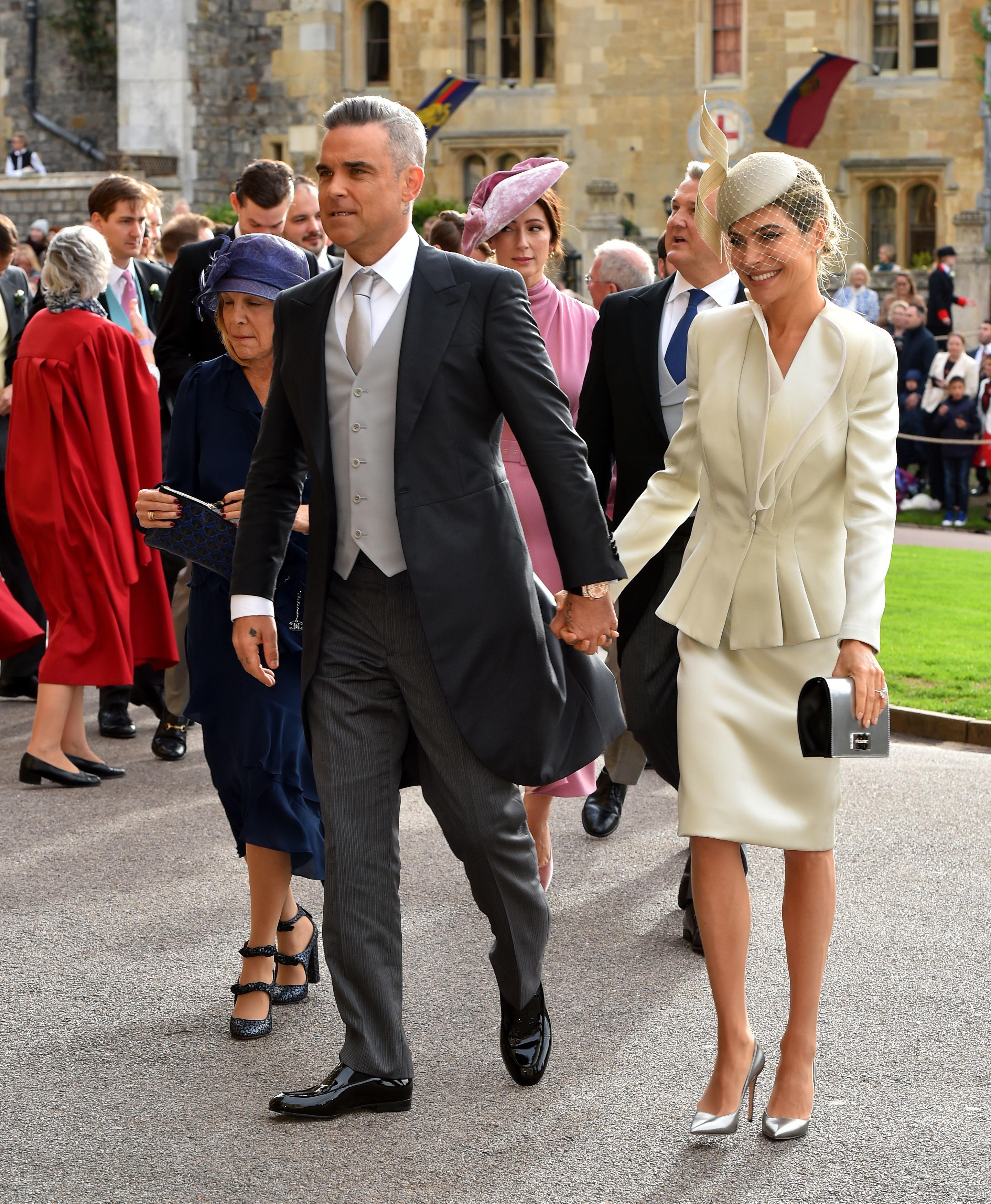 Sarah Allard, editor at hitched.co.uk, says Ayda's choice would not have gone down with the Royal family.

"Wearing white or any shade of white to a wedding is commonly considered a huge no-no – even more so for a royal wedding.

"Ayda Field’s decision to wear an off-white dress and jacket to accompany husband Robbie Willams to the wedding might raise a few eyebrows from the royal family within the ceremony and from the other guests in attendance."

Teaming her two piece with a Philip Treacy hat and Jessica McCormack jewellery, Ayda, 39, waved to fans and was, no doubt, looking forward to seeing daughter Teddy arrive, who is a flower girl. 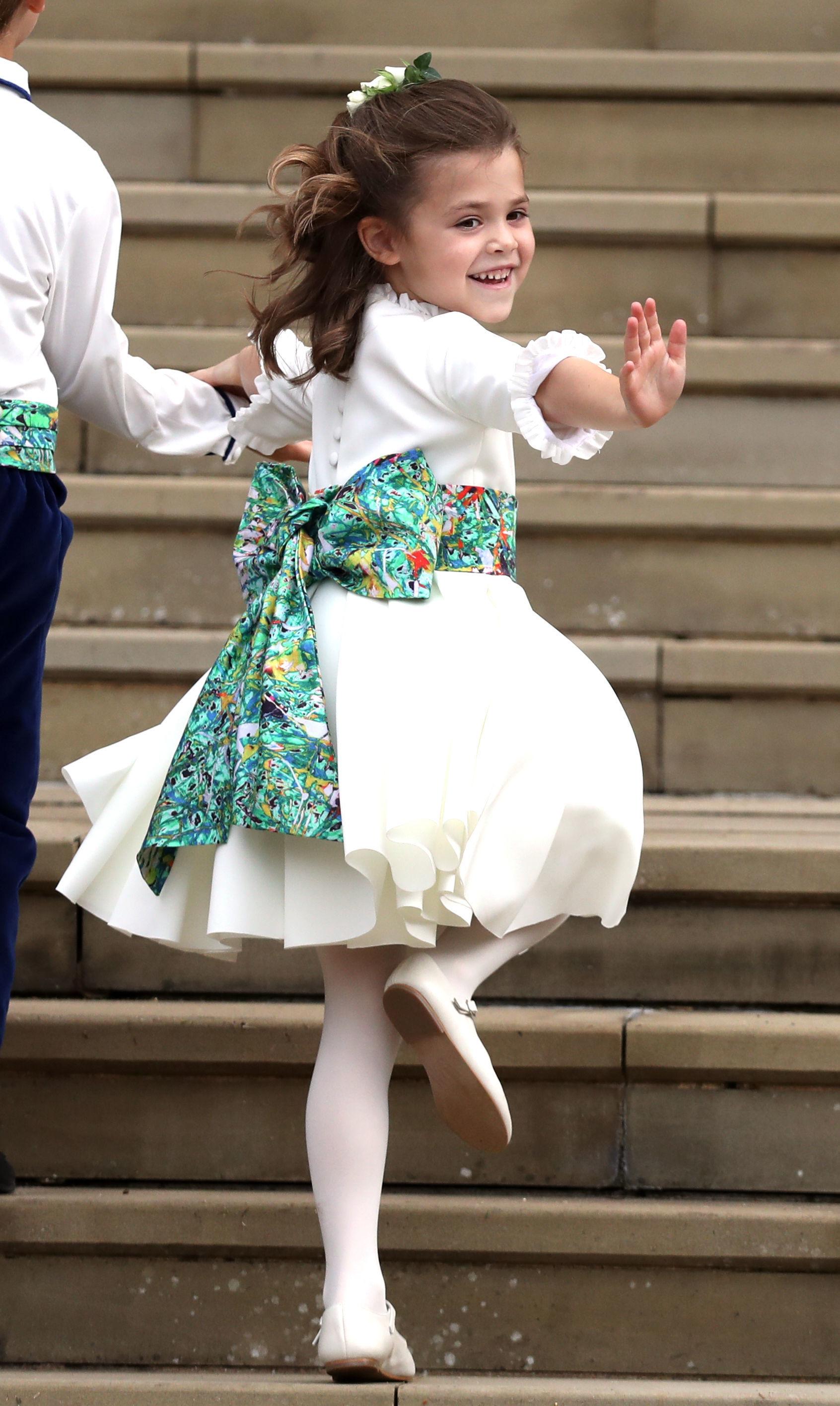 And while it may seem strange that Robbie Williams and his family are playing such an important role in the year's second Royal Wedding, it turns out the pop star is close family friends with the York family.

So much so that he's even referred to Princess Eugenie and Beatrice as his "little sisters".

In even more celebrity news, these are the wedding protocols will Jack Brooksbank and Princess Eugenie have to follow when they get married.

And this is why Princess Eugenie and Jack Brooksbank's wedding guests can't use the loo after 10am… and more things they're banned from doing.

Plus this is why Meghan Markle and Prince Harry may skip Princess Eugenie's wedding reception.