A BITTER bride shared a throwback snap from her wedding day – revealing her mother-in-law decided to wear a white bridal gown as well.

The only rule at a wedding is don’t wear white, and it goes without saying wedding dresses are strictly off-limits for anyone who isn’t the bride. 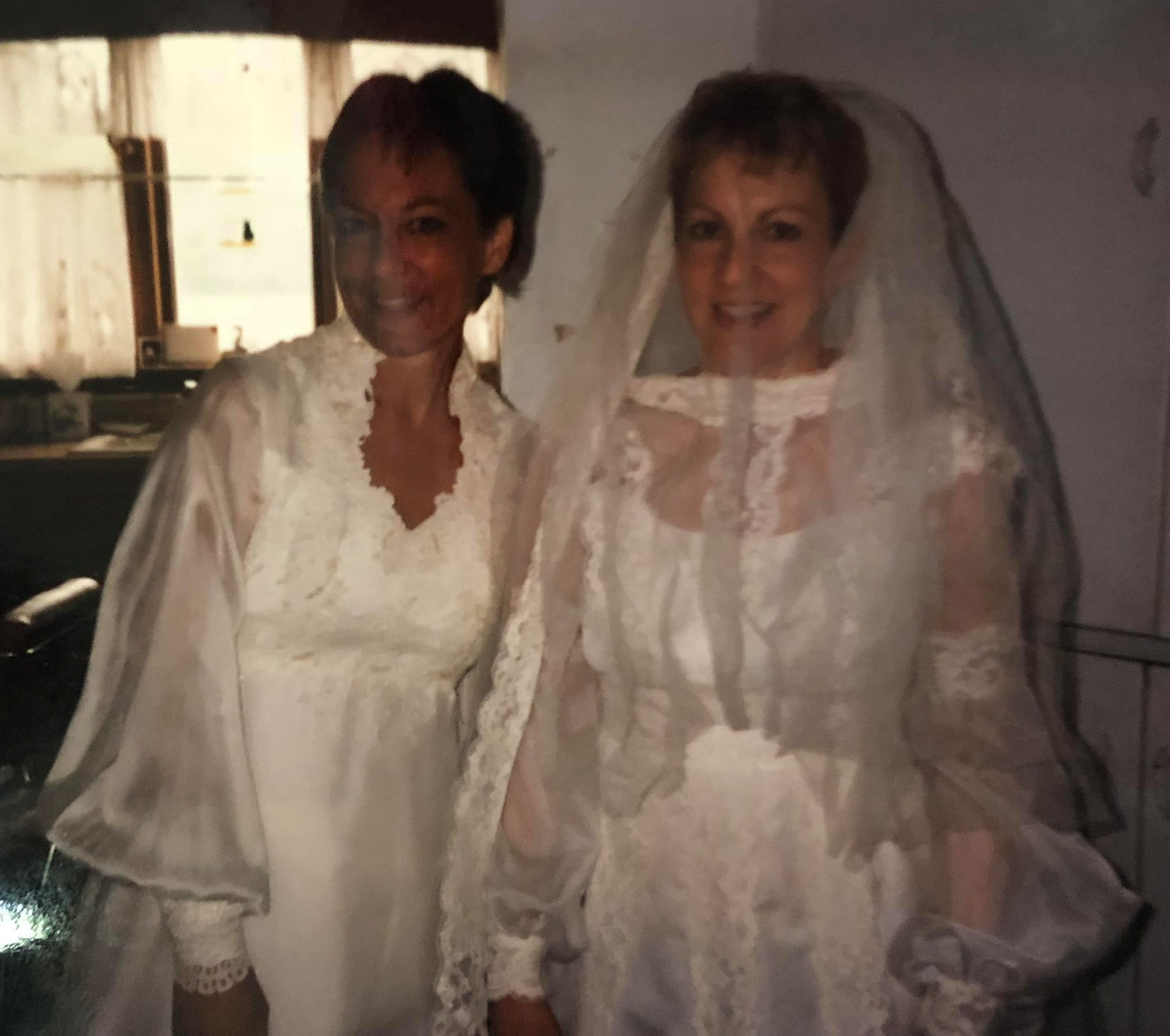 But one woman shared an incredible photo showing two women dressed in bridal outfits – revealing one woman is her mother-in-law.

Her husband’s mum decided to upstage her by wearing a traditional white wedding gown to her big day.

Sharing the image on Reddit, the bitter bride assured people the image hadn’t been edited.

She wrote: "This terrible wedding picture of my mother in law that is NOT photoshopped.”

The shocking photo showed one woman in a lacy wedding gown with her head covered in a veil, but her mother-in-law went for a nearly identical frock, wearing a silky white dress with a lacy neckline and billowing sleeves.

Shocked people have commented on the post, in disbelief over her outfit.

One person said: “So nice of her to also wear a white wedding dress!”

While a third wrote: “So sorry you married into that.”

And this person simply said: “This is truly a terrible photo.”

And a rugby obsessed groom planned a wedding at half time on the pitch – which only lasted five minutes.

Meanwhile planned a fake wedding for her best mate – then turned up in a white gown and married her boyfriend instead.

Plus this bride was fuming after her brother ditched her wedding to dog sit instead.