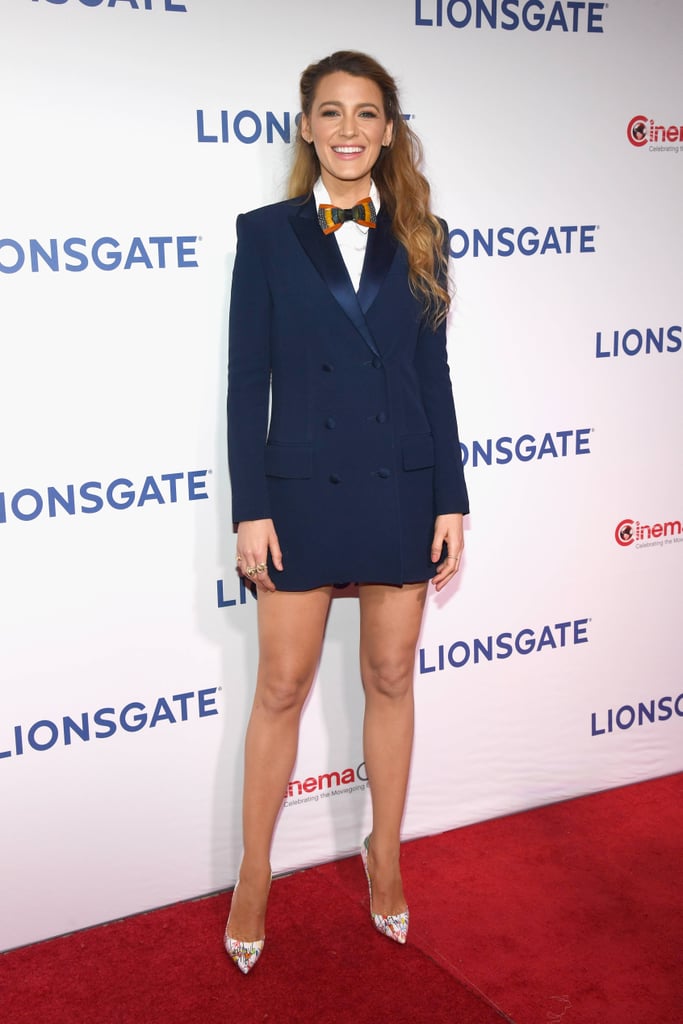 Blake Lively has confirmed time and time again that she doesn’t have a stylist and coordinates her own outfits from head to toe for every red carpet. Presumably, this was also the case for CinemaCon 2018, where Blake joined actress Anna Kendrick on stage at the convention in Las Vegas. The star wore a navy Sonia Rykiel blazer dress, customized to her liking, over an Aritzia button-down. She skipped pants entirely so we could check out her Christian Louboutin graffiti heels ($775), which were splashed with colorful chicken scratch art.

Actually, Blake’s pumps were pretty cool, and we can easily imagine rocking them with a white t-shirt and jeans for a casual night out. But the rest of her ensemble, topped off with a textured Brackish bow-tie and jewels by Helen Ficalora, Jacquie Aiche, and Lorraine Schwartz might have been a little too sexy professor for us — something Serena van der Woodsen, Lively’s Gossip Girl character, could have pulled off, sure, but maybe a little too costume-like for the event. Read on for another glimpse, let us know how you feel in the comments, then shop the prized possession here: Blake’s badass pumps.