Home » Fashion » From a bomb-wearing bank robber to a frozen corpse, we investigate the unsolved murder behind TV’s latest binge-watch Evil Genius

But as the cashier would soon notice, the man – 46-year-old pizza delivery driver Brian Wells – had a cumbersome lump of metal around his neck. In one hand he also carried an oddly shaped walking cane (which turned out to be a shotgun), while in the other he clutched a note that he quickly handed to the teller. 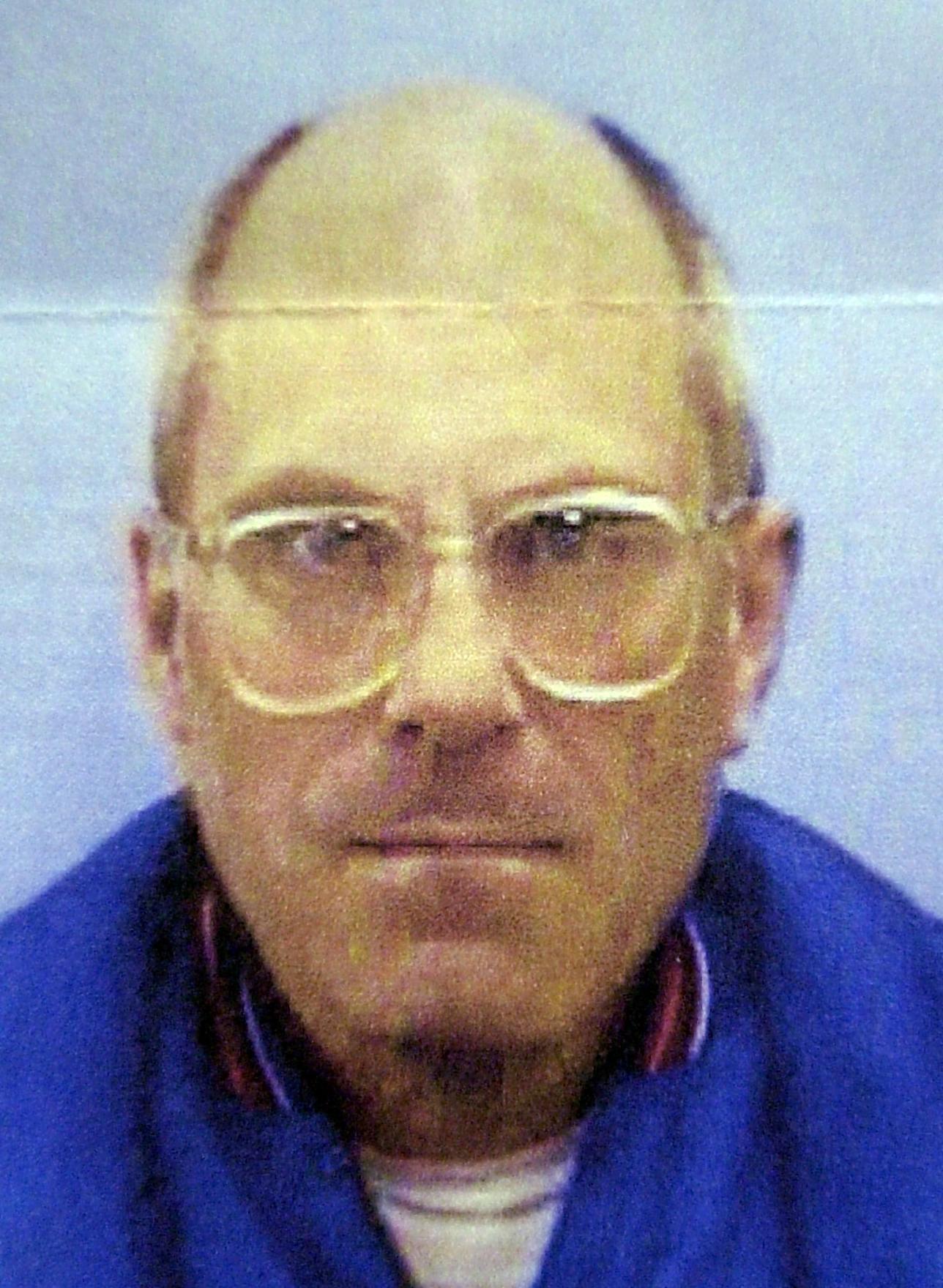 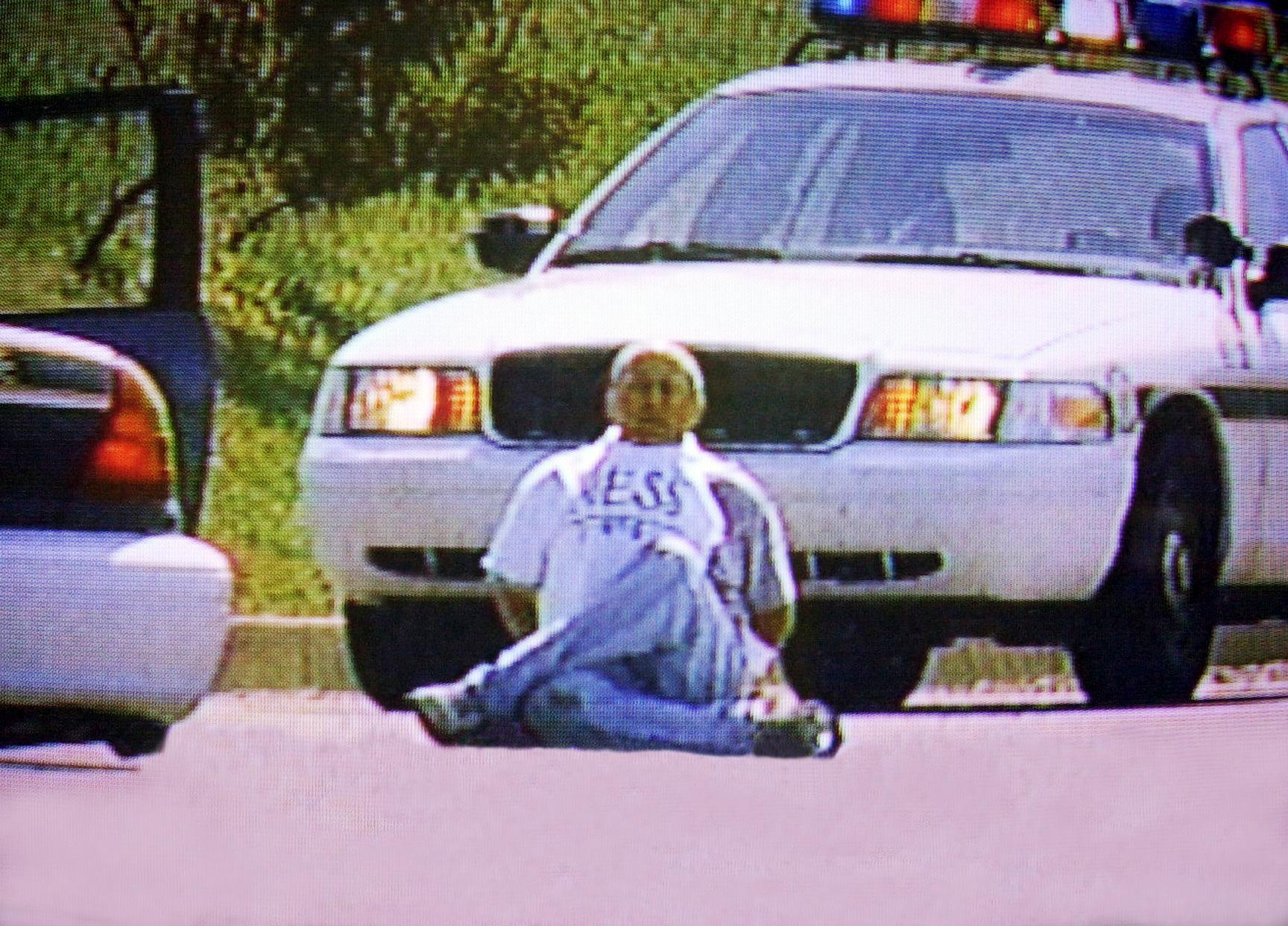 “Cooperate fully and bomb-hostage, customers and employees will be safe,” the piece of paper read. “Gather employees with access codes to vault and work fast to fill bag with $250,000. You have only 15 minutes. Do not slow the bomb-hostage’s progress or he will die!”

Unable to get into the vault in the allotted time, the cashier could only manage to fill Brian’s bag with $8,702 from her drawer, before he strolled out and got into his car, driving to a nearby McDonald’s. In the meantime, shaken bank customers and staff called the police, who quickly spotted him and closed in.

As he was handcuffed and made to sit cross-legged on the ground in a car park, Brian made no attempt to resist arrest. He calmly told officers he was a walking bomb, forced to rob the bank by a group of black men who locked a hand-made explosive device around his neck. Immediately the police backed off, keeping their guns trained on him. 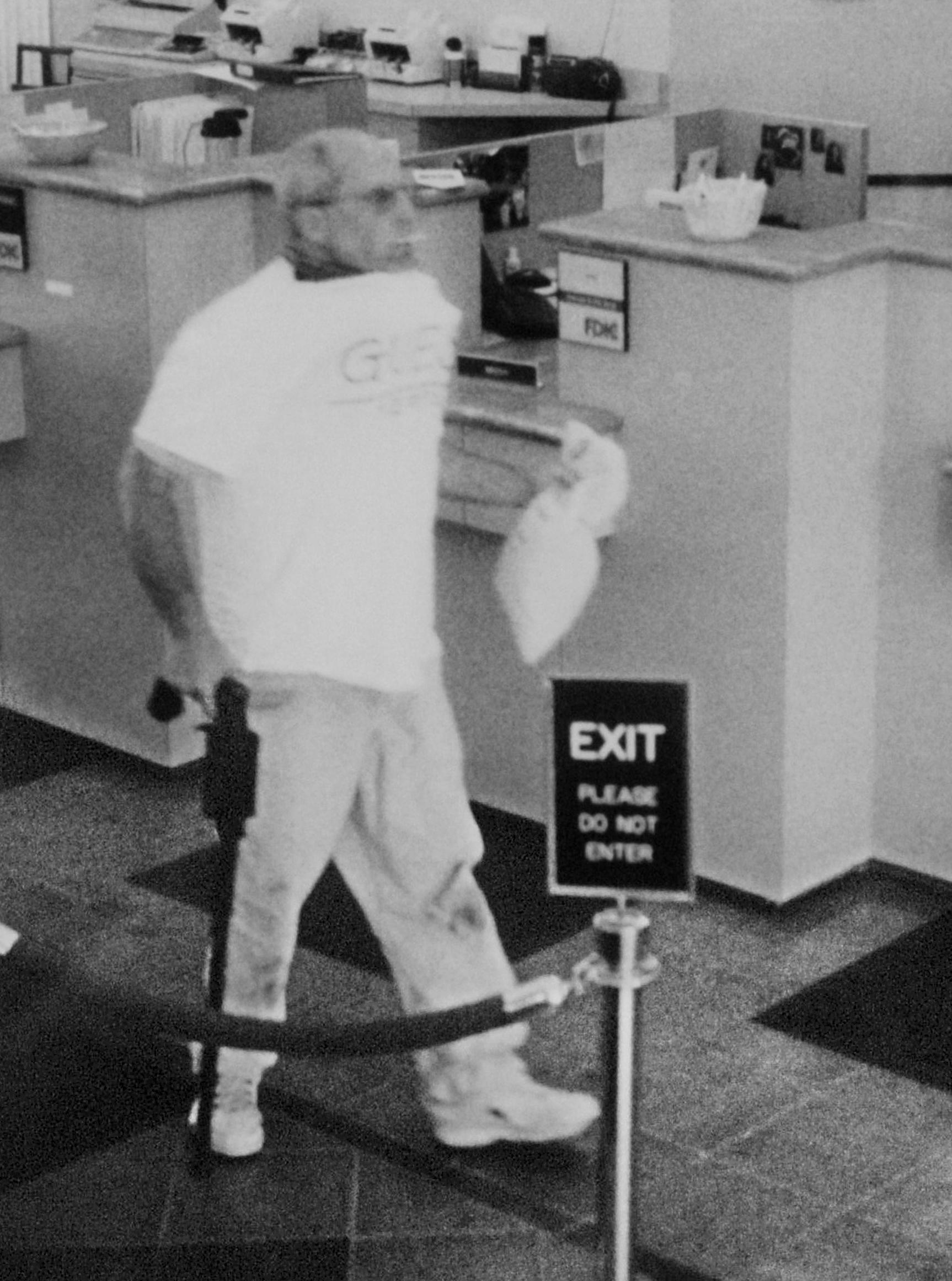 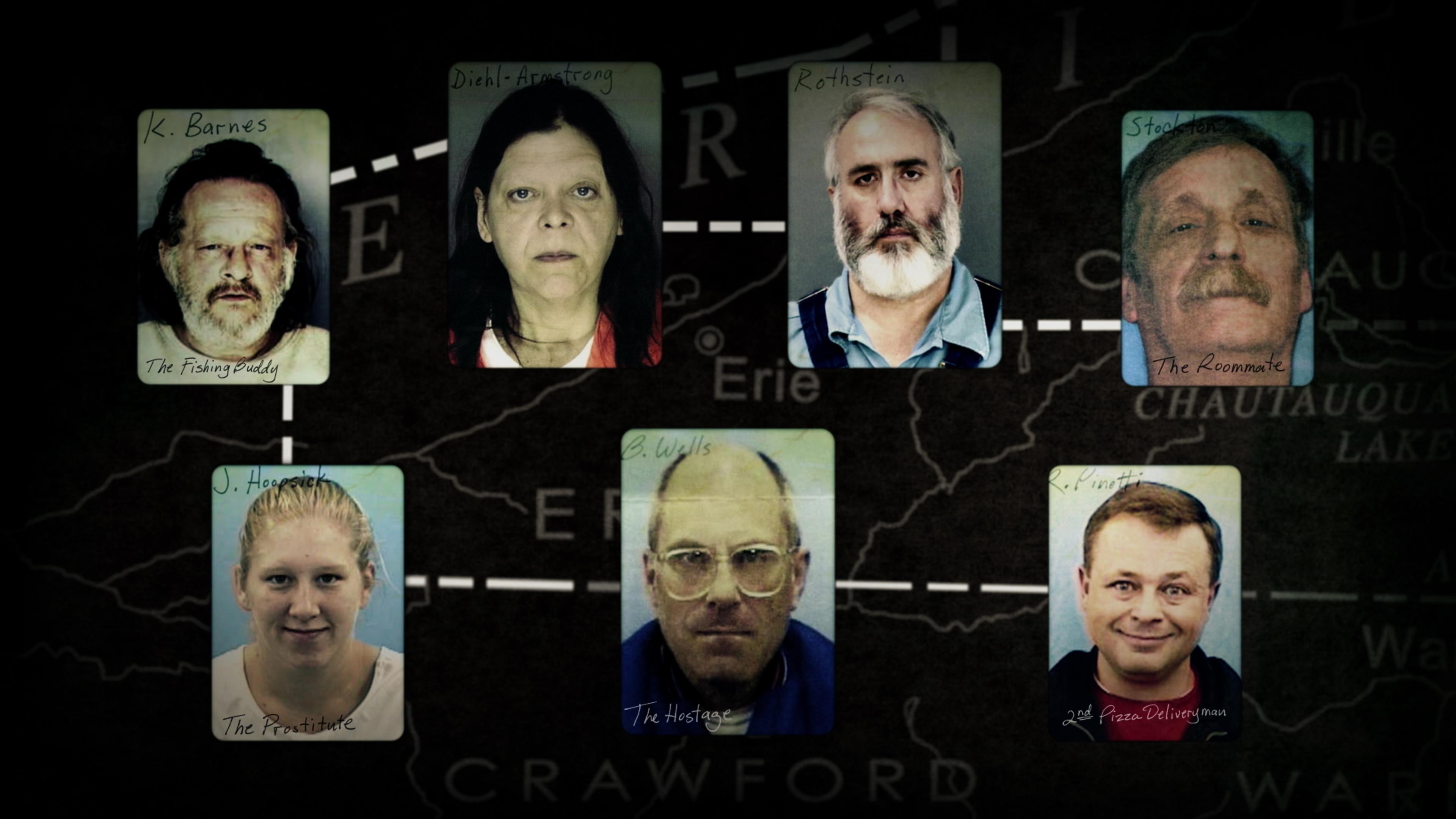 “Why isn’t nobody trying to come get this thing off me?” Brian pleaded, as TV crews began to gather. “It’s going to go off. I’m not lying.”

Tragically for Brian, the bomb squad, slowed down by the street closures ordered by the police, were too late. About 20 minutes after he was handcuffed, an alarm began to sound on the collar, and within seconds the bomb exploded. Brian died instantly. The blast was so powerful, it left a five-inch hole in his chest, and fragments of the bomb were found scattered across six lanes of the adjacent highway.

This jaw-dropping scenario could easily have been the plot of a crime thriller, but this was no movie. The story of the “pizza bomber” has since been turned into a four-part Netflix documentary, Evil Genius. 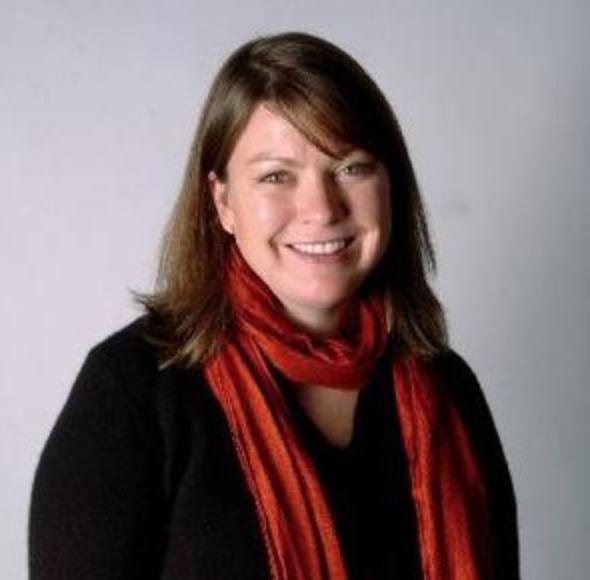 Within hours of its release last month, the internet was rife with speculation about whether Brian was involved in the heist – or just an innocent victim.

Journalist Kara Murphy, who covered the robbery and its aftermath for the Erie Times-News, remembers: “When I got to the scene, Brian Wells was already dead. But I ended up right across the street from his body. I knew it was something big. I’ve covered a lot of crime scenes, but I’ve never seen that kind of police response.”

I’ve covered a lot of crime scenes, but I’ve never seen that kind of police response

Word began to filter out to Kara and her colleagues that police had found a set of instructions addressed to the “bomb-hostage” detailing the “rules” he had to follow in order to save his own life.

“Late into the night, officers and federal agents searched the woods near the Interstate, looking for clues regarding a possible money drop-off,” recalls Kara. “I can only assume that they were following what looked like an elaborate scavenger hunt meant to lead Brian to locations around Erie where he would find keys and combination codes to disarm the bomb.” 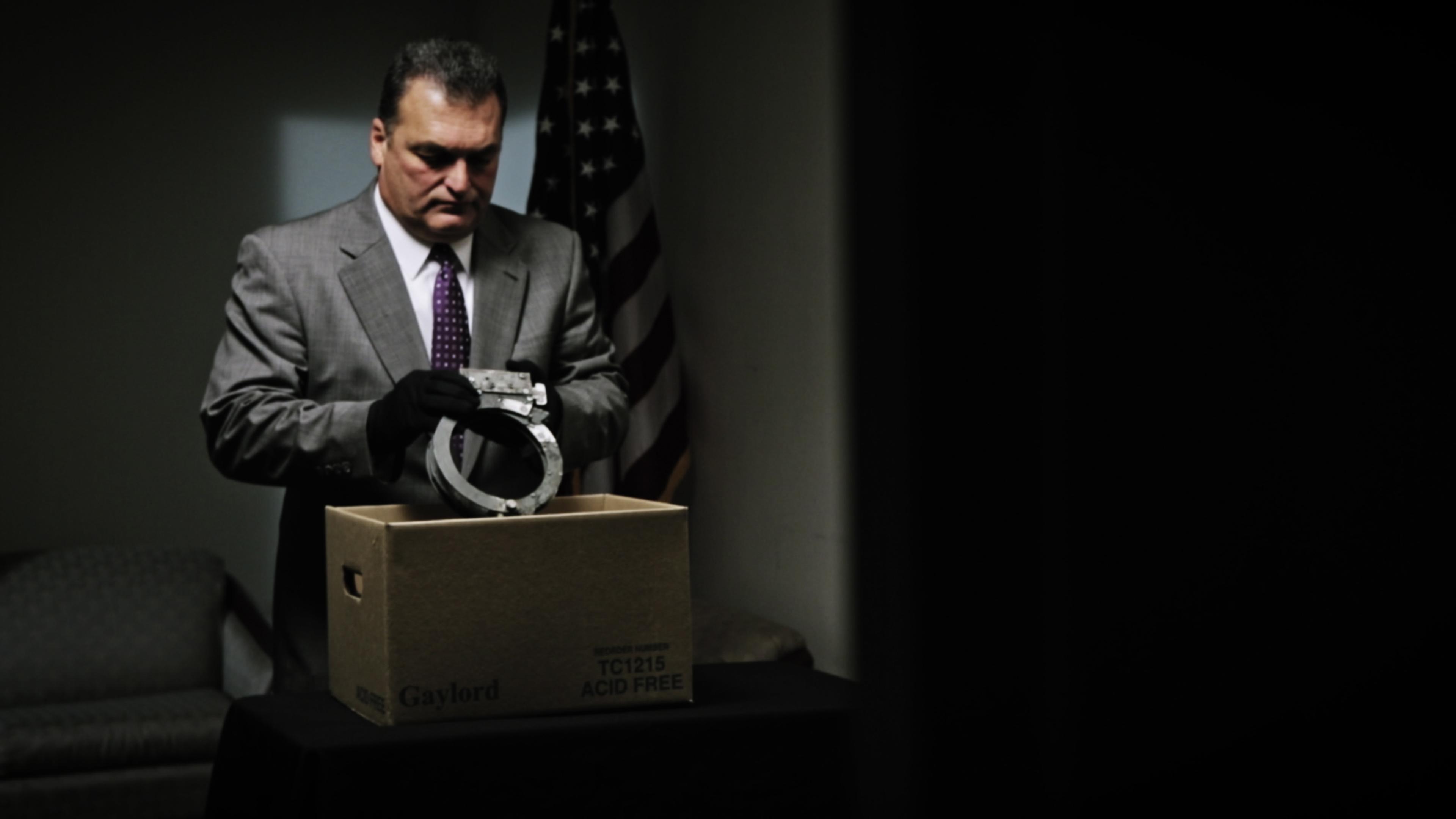 But whose “rules” was he following?

Sitting in a car at an Eat’n Park restaurant, which had a full view of the PNC Bank and McDonald’s, was a 54-year-old woman called Marjorie Diehl-Armstrong. She’d had a pair of binoculars trained on Brian throughout the robbery.

Marjorie already had quite a reputation in her hometown of Erie. A child prodigy who excelled at music and graduated top of her class, she had a master’s degree in education but suffered from bipolar disorder and was notorious for the fact that almost all of her relationships had ended in the death of her partner.

In 1984, she was charged with the murder of boyfriend Robert Thomas after shooting him six times, but the jury acquitted her, deeming her actions self-defence after he turned abusive. Just four years later, her husband Richard Armstrong died of a cerebral haemorrhage, but his death was ruled accidental – even though he had arrived at the hospital with a head injury. 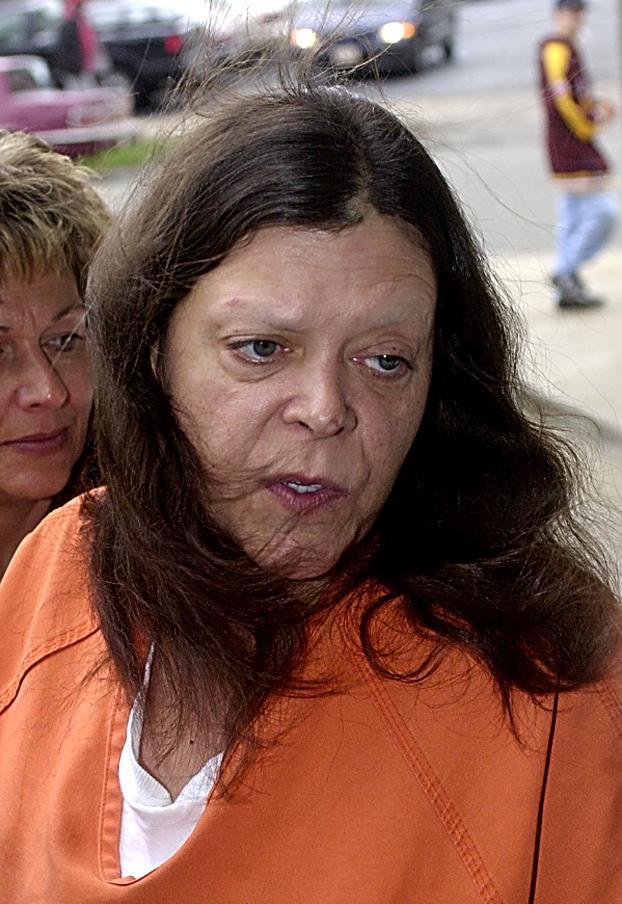 One ex-partner who did survive, however, was Marjorie’s former fiancé Bill Rothstein. A handyman and high-school supply teacher, he spoke fluent French and Hebrew and was considered highly intelligent, but was a loner. “Bill thought he was smarter than everyone, including the police,” says FBI agent Jerry Clark, who was the lead investigator on the pizza bomber case.

Bill had remained friends with Marjorie, and on September 20, just a month after the death of Brian Wells, he made a phone call to police, confessing that the body of Marjorie’s most recent partner, James Roden, was in his freezer. He said Marjorie had paid him $2,000 to help him cover up the man’s murder.

Police arrested Marjorie for murder and Bill for being an accomplice. Marjorie admitted to shooting James, but pleaded insanity. At the time, there was no clue she had any links to the pizza bomber case. The FBI believed Bill was involved somehow, but there was nothing linking him directly with the crime. 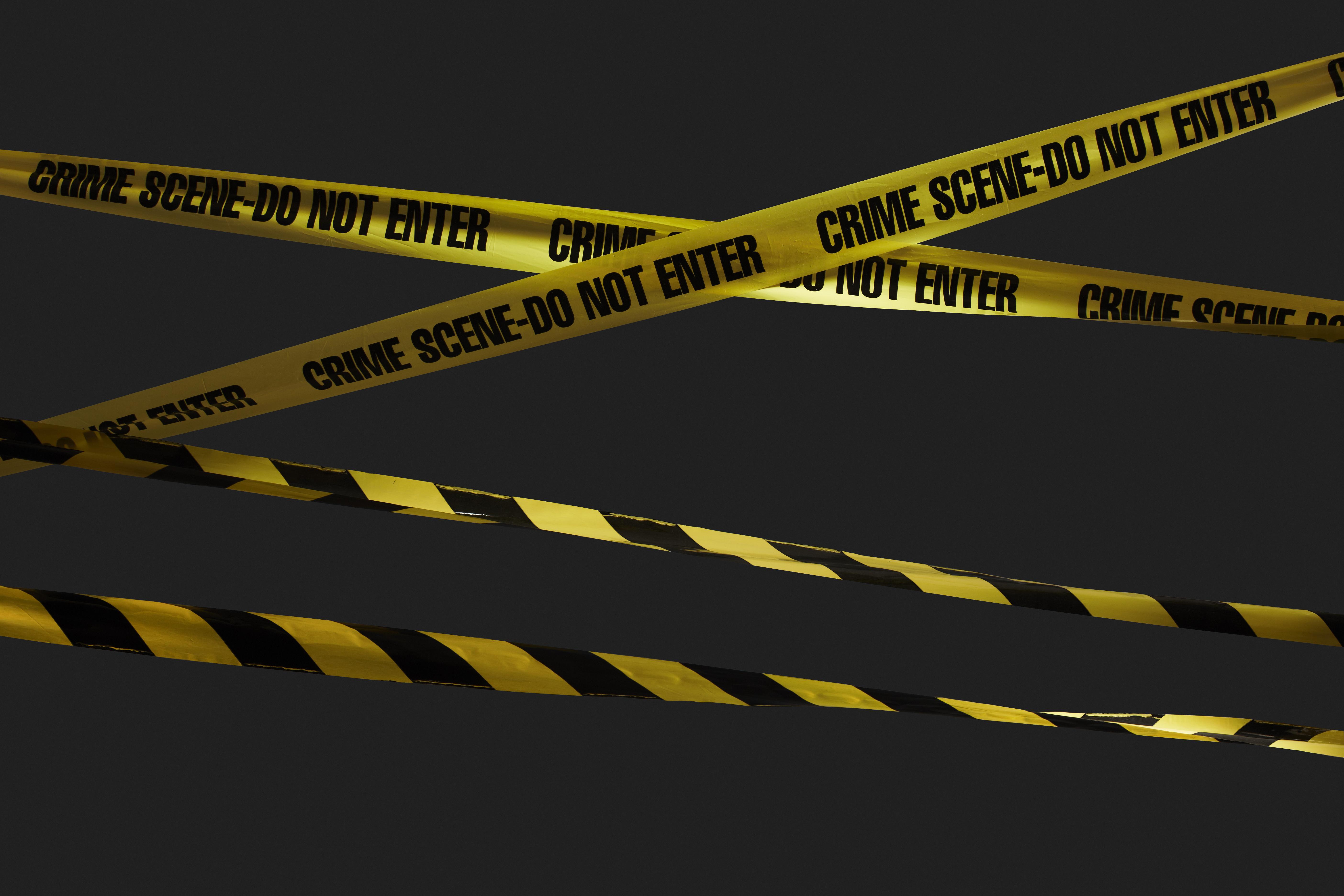 Then, just a year later, he died of lymphoma, aged 60.
As for Marjorie, the jury were less willing to acquit this time, and in January 2005 she was sentenced to 20 years in prison for the murder of James Roden.

Meanwhile, Jerry Clark continued to look for the mastermind behind the robbery, now known as FBI Major Case 203. But it wasn’t until 2005 that any progress was made, when Jerry got a phone call from a state police officer who told him he’d been interviewing Marjorie about an unrelated homicide, and she’d revealed that the death of James Roden was connected to the pizza bomber case.

“Marjorie could be humorous at times but her eyes were dark and angry and she was always working an angle,” remembers Jerry. “She said she would give me info about the Wells case if she was moved to a prison closer to Erie. So she was transferred and began providing information.” Marjorie admitted she’d supplied the kitchen timers that were used in the bomb – and, shockingly, said Brian had been in on the plot from the start. 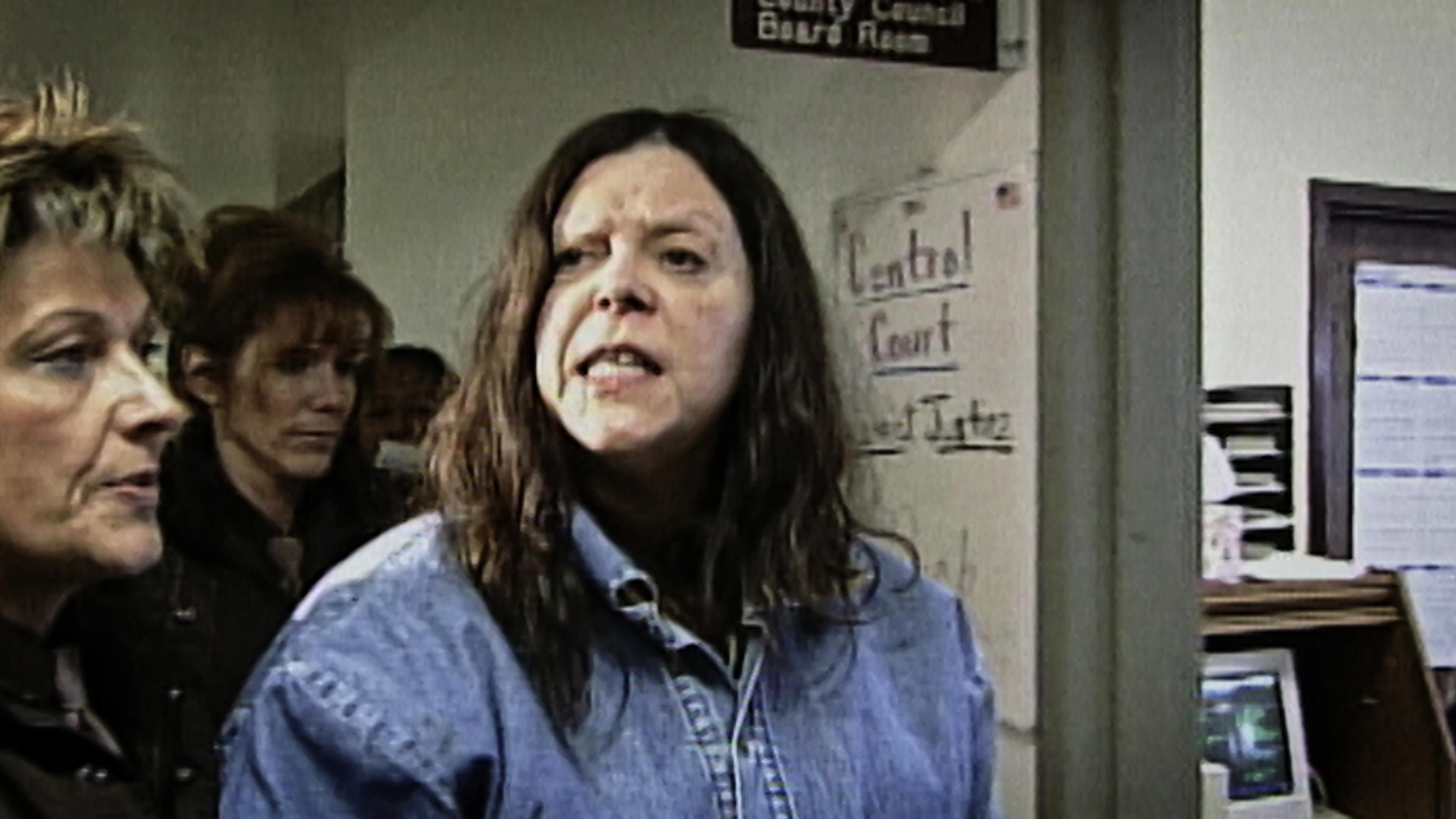 Another tip came soon after when one of Marjorie’s friends named Kenneth Barnes, a TV repairman serving time for drugs charges, boasted to his brother-in-law during a prison visitation that he was involved in Brian’s death.

After the FBI got involved, Kenneth agreed to give a full account of the crime in exchange for what he hoped would be a reduced sentence. He told police Marjorie had done more than simply provide timers – she was the architect behind the whole robbery. Why? Because, according to Kenneth, she wanted the money to pay for a hit on her father so she could have an inheritance she thought was worth around $2million.

Kenneth also said Bill Rothstein was in on the heist. He had made the call to have two pizzas delivered from Mama Mia’s to a remote TV tower site on the outskirts of Erie and just yards from his home.

According to Kenneth, Brian had been part of the plan, too, but when he arrived and saw the bomb he looked terrified, as if he didn’t want to be in on the robbery any more. He tried to flee, but Kenneth caught and assaulted him, while Bill fired a gun into the air and told him he wasn’t going anywhere. 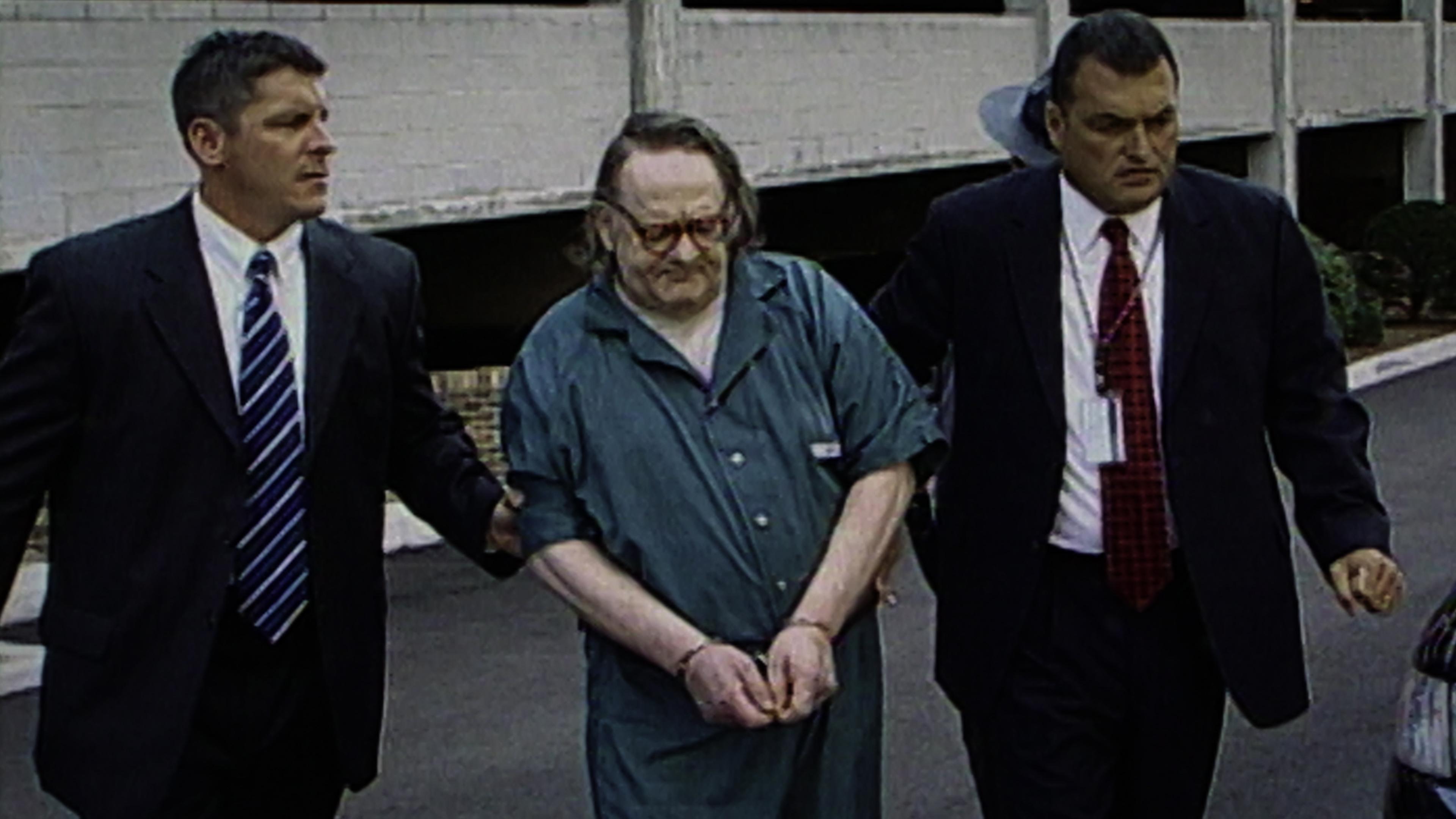 Kenneth claimed Brian repeatedly shouted: “I don’t wanna do this,” as Marjorie put the bomb on him, covering it with a T-shirt. Then Bill handed him the note to give to the bank cashier and Marjorie instructed him to tell the police he had been forced into the robbery by a gang of black men.

Finally, on July 9, 2007, four years after the bungled robbery, the FBI announced an indictment accusing Marjorie of masterminding the crime, with both Kenneth and Brian among the co-conspirators. Neither could be charged for the murder of Brian, as police couldn’t prove he wasn’t aware of the plans.

In 2008, Kenneth pleaded guilty and was sentenced to 45 years in prison. Two years later Marjorie’s trial finally began. In court, where she took the stand in her own defence, she claimed that she was being framed by the government and that Bill was the true ringleader. Nevertheless, she was convicted of conspiracy to commit bank robbery with the use of a destructive device, and given life in prison. It was a sentence that would only begin once she’d served the rest of her time for the murder of James Roden – who, according to Kenneth, Marjorie had killed after he’d threatened to reveal her robbery plot to the authorities. 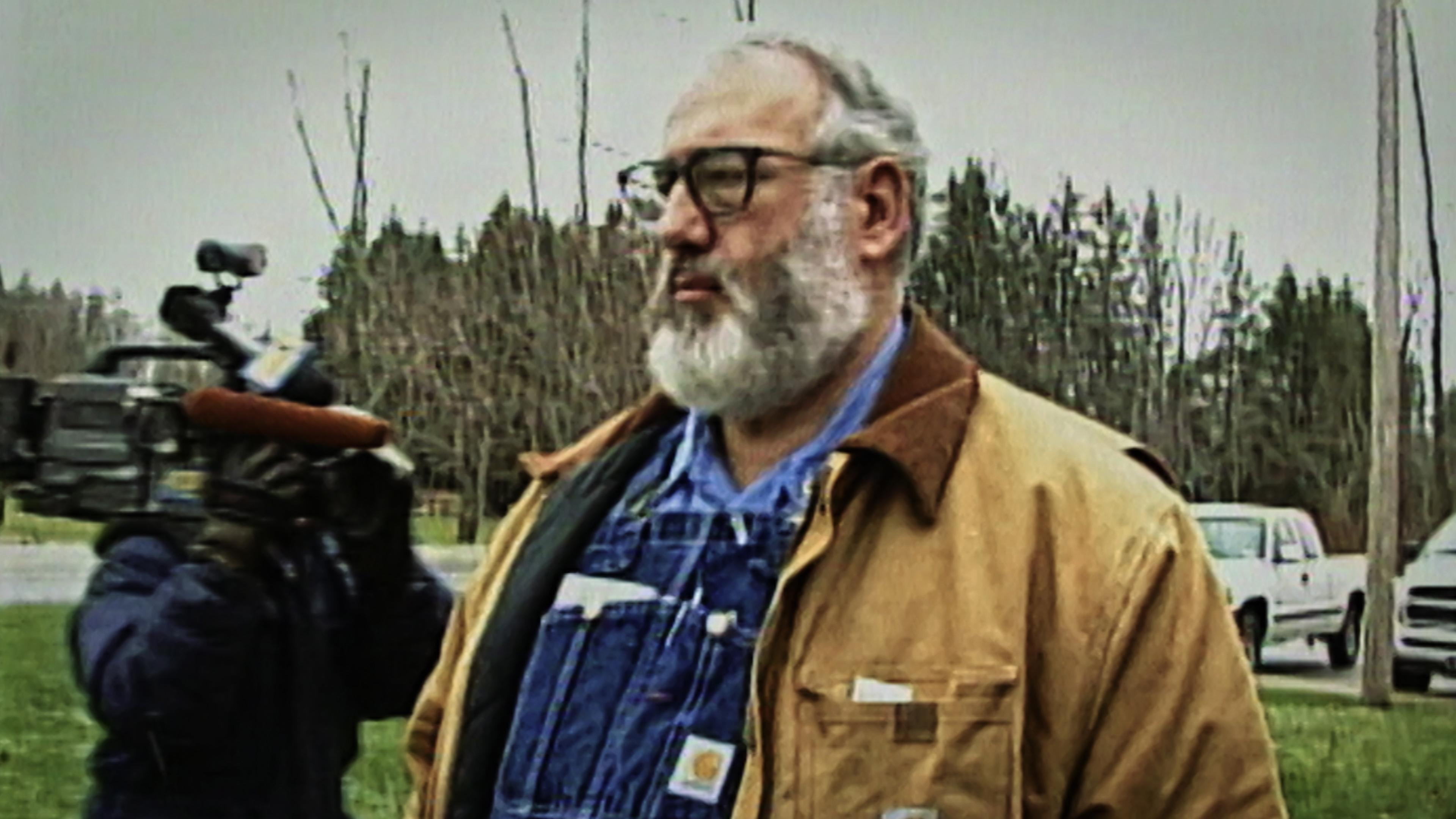 However, Marjorie never served out her second sentence. In April 2017, after 12 years in prison, she died of breast cancer aged 68, having refused treatment.

To the end, Marjorie remained a thorn in the authorities’ side. According to a Federal Bureau of Prisons medical report, she had “an anti-social personality” and was “assaultive to staff and inmate nursing assistants”.

But what do the team behind the Evil Genius series think?

Director Trey Borzillieri, who began documenting the case right after the bomb went off and secured exclusive interviews with Marjorie and many others involved, said: “I absolutely feel she was the leader, but there are layers to that.”

Meanwhile, journalist Barbara Schroeder, who joined Trey on the project in 2013, said of Marjorie: “She’s very smart; people would call her brilliant. She was able to get men to do her bidding and put them under her spell.”

In the last episode of Evil Genius, the duo revealed a final twist, introducing a prostitute named Jessica Hoopsick, who said both Kenneth and Brian were clients – and claimed Brian knew nothing about the robbery.

“Brian was innocent and a good guy,” Jessica said tearfully on screen. She explained Kenneth had asked her to find a gofer to rob the bank for him in exchange for $5,000. 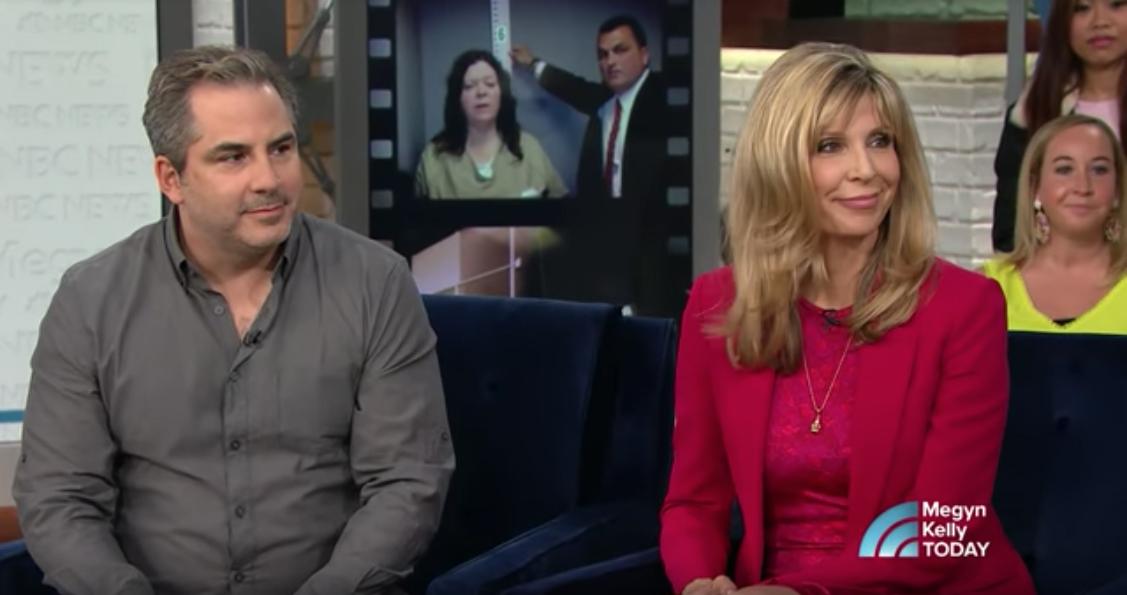 “He wanted somebody who they could scare into doing this.” She’d suggested Brian because he was, in her words, a “pushover”. She added that Kenneth asked her to get Brian’s work rota so they’d know when to call for the pizzas.

The FBI had also determined in the days after his death that Brian would never have had time to complete the scavenger hunt and release himself from the four locks and the combination dial bomb before it went off.

So does that mean Brian was an innocent victim all along? With FBI Major Case 203 declared “solved” and most of the perpetrators in jail or dead, it’s a question that will probably never get answered. Of course, Kenneth Barnes is still alive to tell the truth, but he could face the death penalty for murder if it transpired Brian wasn’t in on the plans, so he’s unlikely to ever change his story. 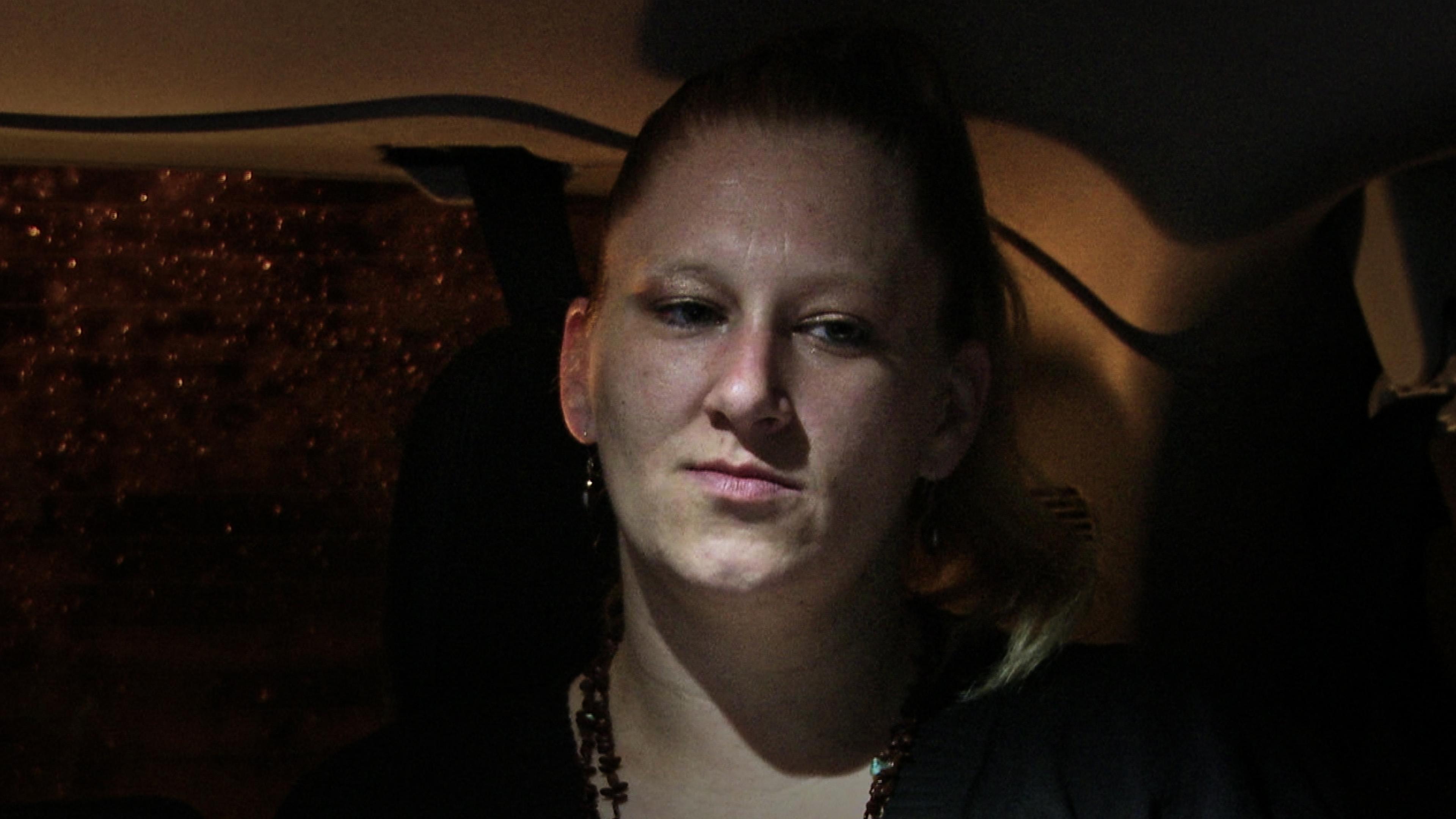 According to Jerry, the pizza bomber story is no longer about the $250,000 – or who was the true architect of the plan. It’s about who’s responsible for the death of Brian Wells.

“The case may be officially closed, but somebody killed Wells that day,” says Jerry. “Whether he was involved or not doesn’t matter. It’s still a murder.”