Now, Greg Keating's family want to buy him new hands so he can get back into the classroom. 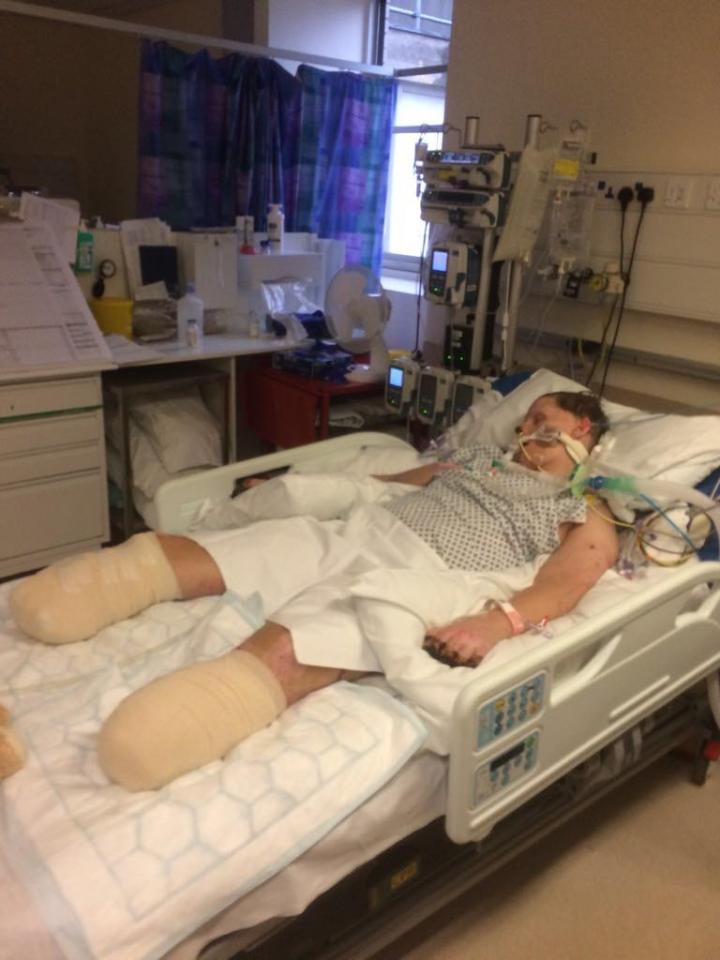 The 30-year-old, from Maidstone, Kent, first felt poorly with what he thought was the flu in mid-January.

But just hours later his nose and cheeks started to go purple.

Jo, speaking on behalf of Greg, who is currently in a rehabilitation centre in Kent, explained how when he first fell ill no-one was particularly concerned.

Jo, who has been with Greg for seven years, said: “I thought it was the flu.

“Greg thought it was the flu. That’s why hewants to share his story, to raise awareness, so people don’t necessarily dismiss their illnesses.”

Greg and Jo before he battled meningitis and sepsisJo, a business analyst who met Greg at university in Canterbury, Kent, and started dating him in 2011, explained how before he fell ill on January 14 he was full of beans.

He had been to the football with friends and was “dancing in the kitchen” the night before.

She said: “On January 13, he went to the football and went for a few drinks.

“He came home and he was fine. He was dancing round the kitchen, having some fun.” 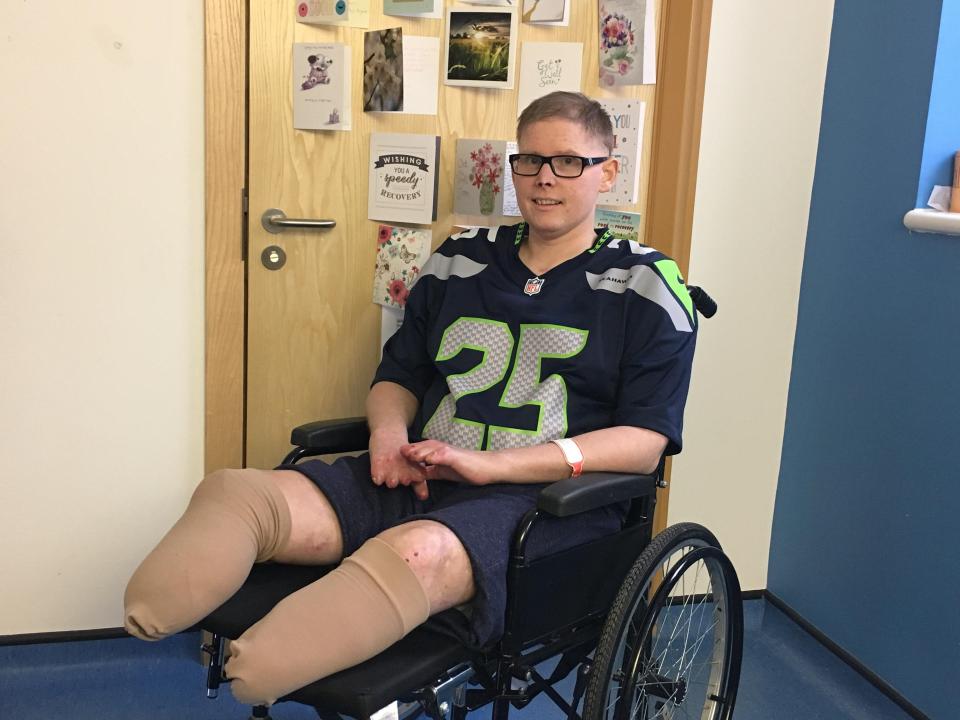 The couple went to bed but the next day, January 14, he woke complaining he felt ill.

Jo said: “He had a temperature and was sick but we just thought he had the flu.

"He spent the day in bed.

“But on Monday morning he woke up and had a purple nose and his cheeks had started to go purple.”

She drove him to Maidstone Hospital where “doctors came out of nowhere”. “I’ve never seen so many doctors in my life,” she added.

What are the symptoms of meningitis?

“Within in a couple of hours he was taken up to intensive care and that’s where he was incubated and put into an induced coma.”

It emerged Greg, who is a secondary school computing teacher, had developed meningitis Y, which turned into sepsis.

This is a life-threatening condition that arises when the body's response to infection causes injury to its own tissues and organs. 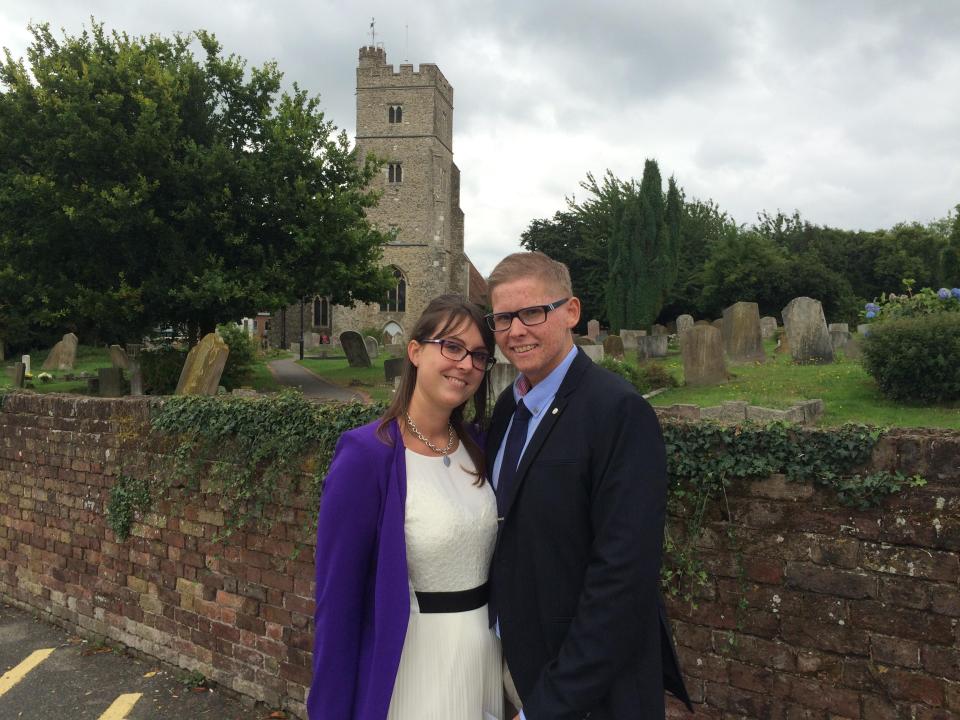 But medics still do not know how he contracted the meningitis and subsequently sepsis.

“Meningitis Y is quite rare,” said Jo. “We don’t know where it came from, or how he caught it.

“But it was the sepsis that caused his body to shut down.

“He was given all sorts of medication including blood pressure medication and antibiotics. He was also put on dialysis for his kidneys.

“It was terrifying. We were told to prepare for the worst.” 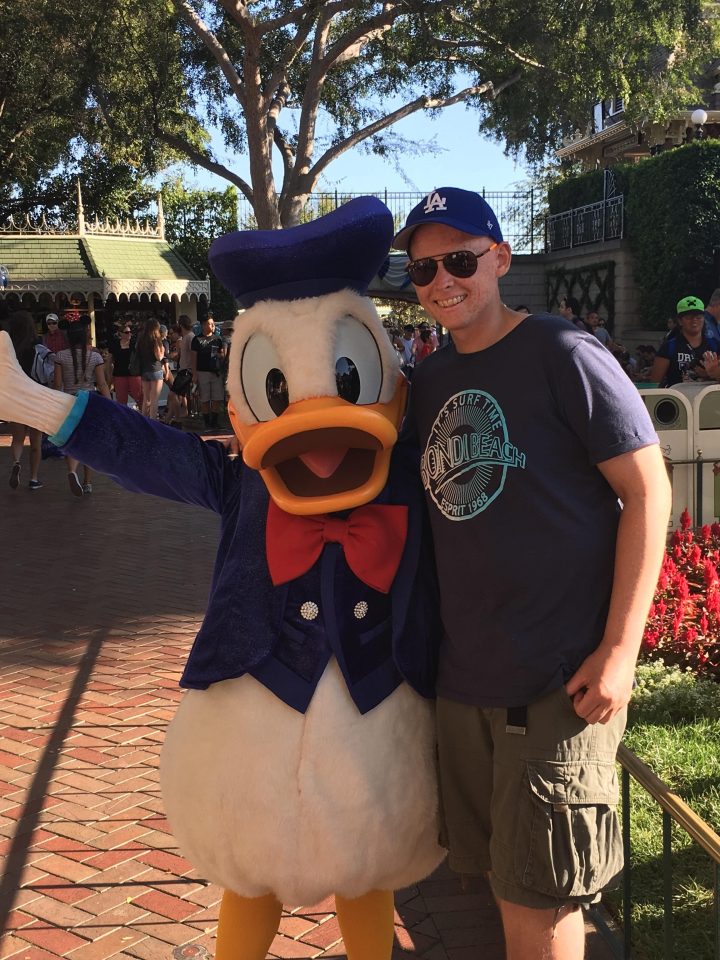 While in hospital the illness caused circulation damage to Greg's hands and legs.

In February, he was transferred from Maidstone Hospital to Canterbury Hospital for monitoring by kidney specialists and the vascular team for his legs.

Within a couple of days he was transferred back to ICU and had surgery to amputate his legs.

Then, at the Queen Victoria Hospital in East Grinstead, West Sussex, in March, he had skin grafts to close the wounds on his legs and further surgery to remove his fingers. 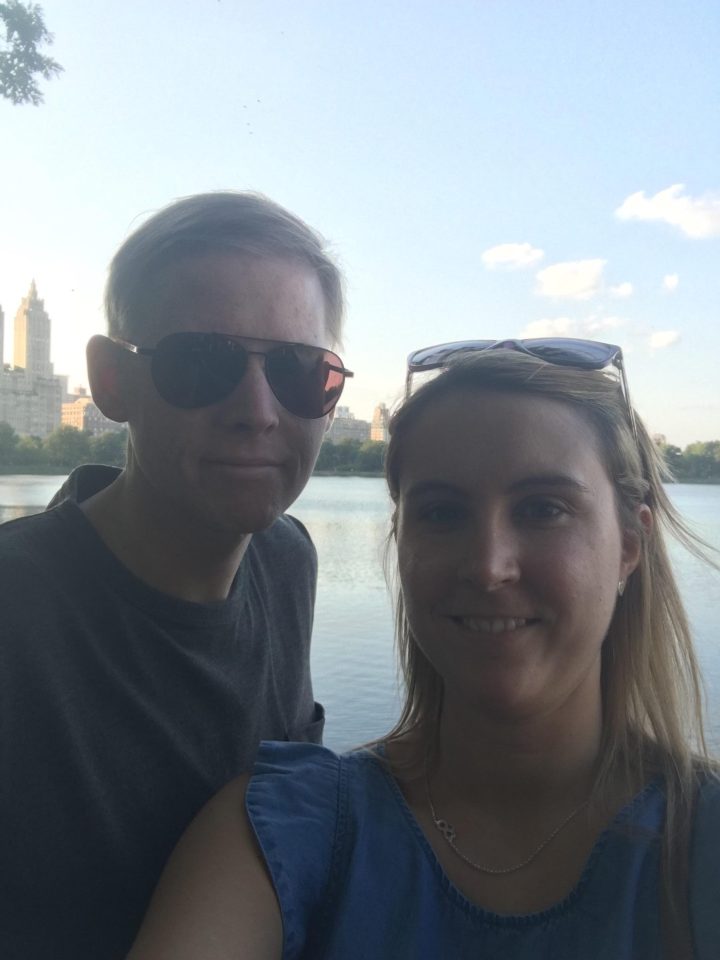 “He’s a very positive person, Greg would like to thank all the doctors, nurses, physios and occupational therapists at all the hospitals he has been treated in, because without them he would not be here today,” she said.

But, sadly, this is not the first time Greg has battled ill health.

“At the age of 11 he was diagnosed with leukaemia,” Jo explained.

“He spent several months in the Royal Marsden Hospital in London having treatment and after three years he went into remission but at the age of 17 the cancer reoccurred and was in remission after two years. 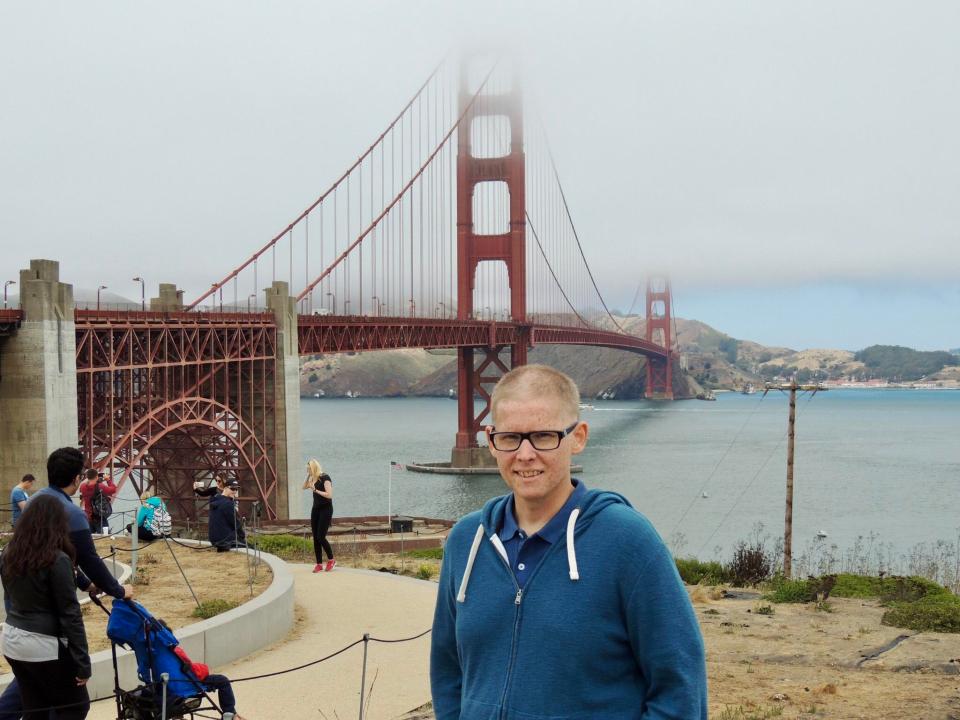 It reoccurred again when he was 21 and he had a bone marrow transplant from his sister, Aleisha, now 29, and went back into remission.

But, afterwards, he developed paralysis from the waist down.

“It emerged he had Guillan-Barre syndrome,” Jo explained

Guillan-Barre is a serious illness of the nerves, which mainly affects the feet, hands and limbs, causing problems such as numbness, weakness and pain. 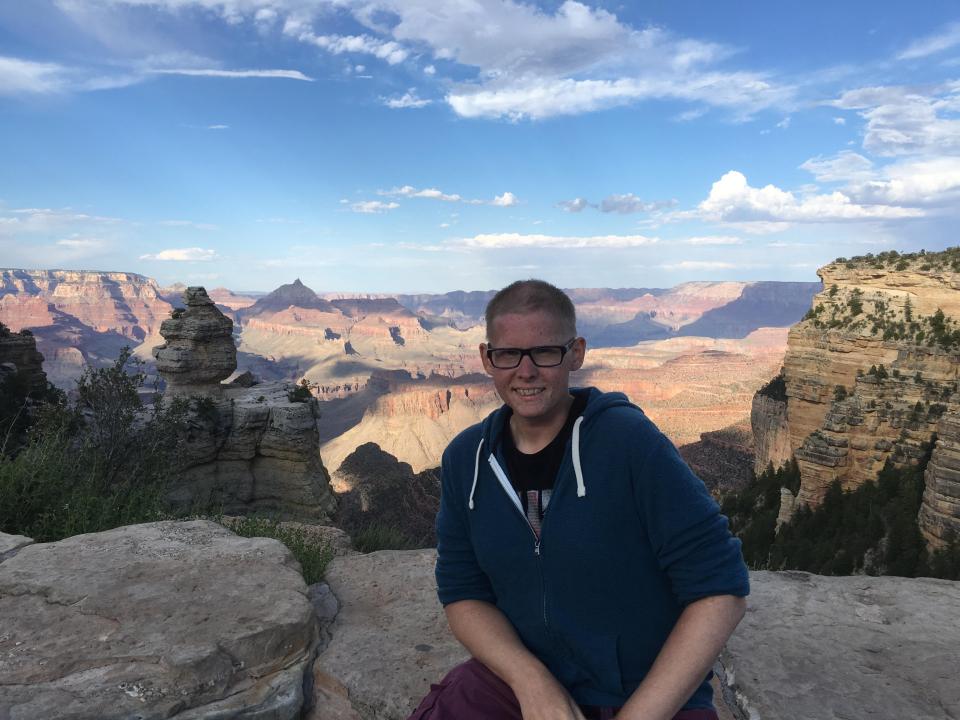 It can be treated and most people will eventually make a full recovery, which Greg did, although it can occasionally be life-threatening and some are left with long-term problems.

“But, in 2015, his legs started to swell and Greg underwent a series of tests and it came back that he had nephrotic syndrome which means your kidneys leak too much protein.

"At the end of 2017 he was told that his kidneys had started to recover.

“So, for him then to develop sepsis has been a real blow for both Greg and his family.”

Symptoms of meningitis include a rash, an aching neck and fever. Read more about the deadly illness here.