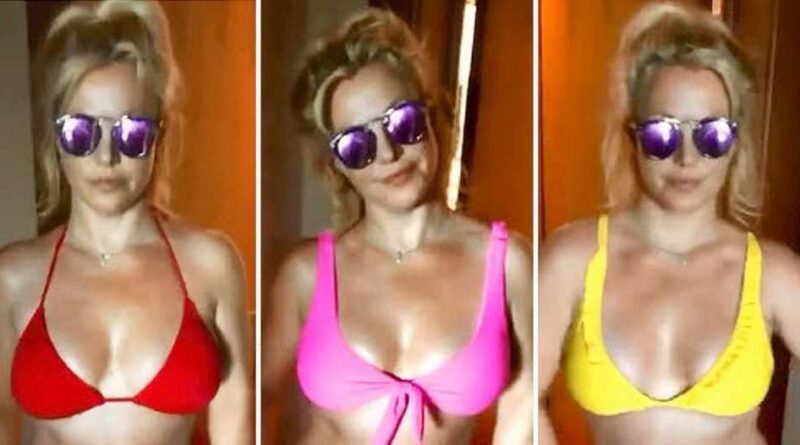 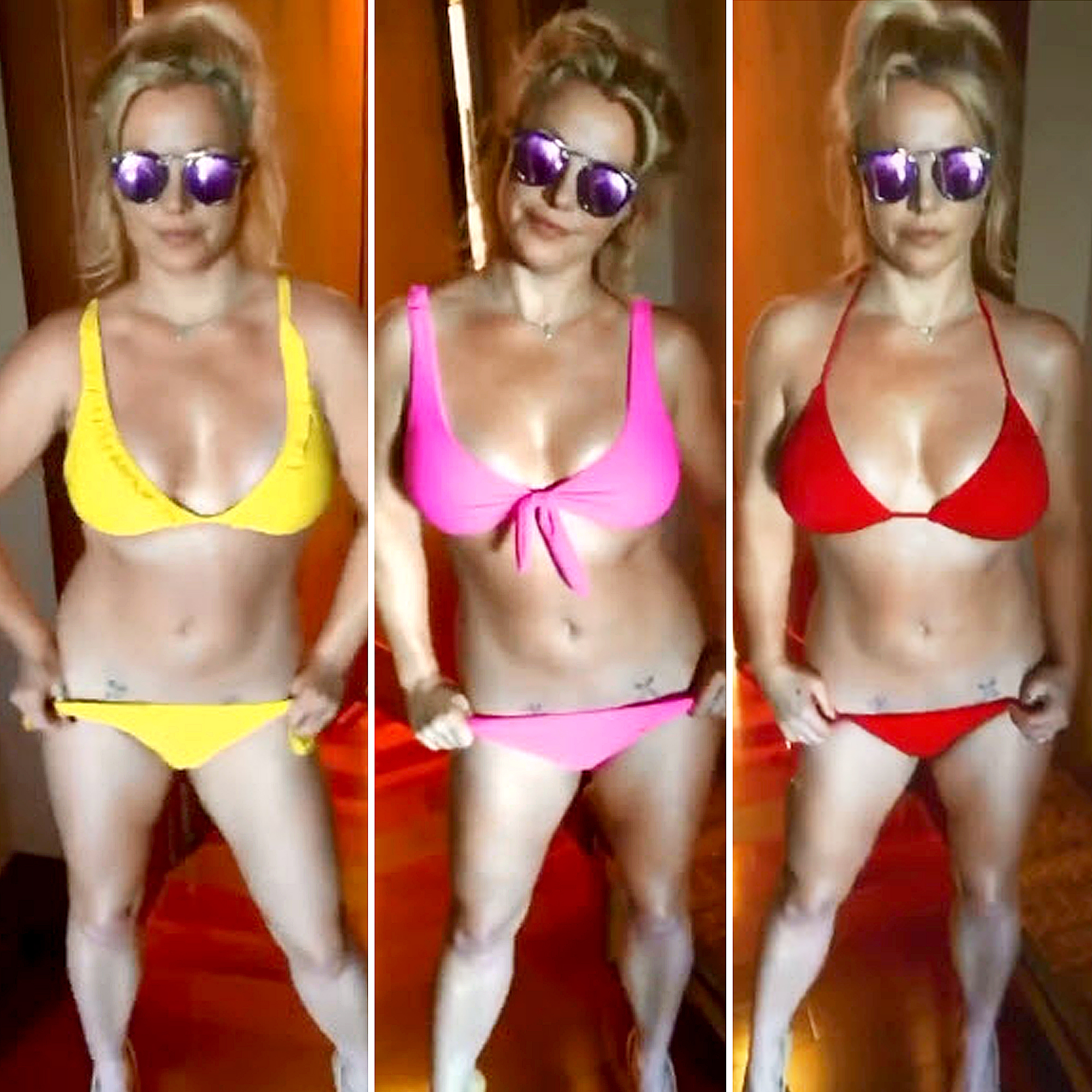 Sexy swimwear! Britney Spears can certainly rock a bikini like nobody’s business. So, it shouldn’t come as a surprise that the 39-year-old singer, who is vacationing in Hawaii with boyfriend Sam Asghari, decided to show off some of her super cute suits.

In a Wednesday, June 30, Instagram Reels, the “Circus” singer modeled three different looks to the beat of SHAED’s “Trampoline.”

She kicks off the video, which she caption with three lips emojis, in a ruffled yellow bikini with her hair in a ponytail and reflective purple sunglasses. Spears goes on to change into a pink bikini with a tie in the front and a little red option.

All three suits have low rise bottoms, giving a peak at the star’s hip tattoos. On the right, she has a Chinese symbol, and on the left, she has a cross.

Fans were quick to jump into the comments section. And while may dropped the #FreeBritney hashtag, a movement to end her conservatorship, others shared their love for the video.

“Love these suits from your trip to Hawaii,” a follower wrote. Another added: “Okay Rainbow Supreme!”

This bikini mashup follows a previous video the singer created to call out paparazzi who have been photoshopping her body.

Everything Khloe Kardashian Has Said About Her Ever-Changing Look

“So being here in Maui is pretty crazy now … the paps know where I am and it’s really not fun📸🙄!!! It’s pretty hard going anywhere cause these silly faces keep popping up to take my picture .. but not only do they take my picture … they distort my body and mess with the image and it’s embarrassing 😬😳🙃,” Spears captioned her Instagram post.

She continued: “I know my body is not perfect but I definitely do NOT look like how they portray me. It’s rude and it’s mean so paps kindly F—K YOU AND F—K OFF💋💋💋!!!!”

In the clip, Spears asked fans and paparazzi to direct their attention to positive causes, like pride marches, instead of dissecting her appearance.

Her followers quickly jumped to the comments section, supporting her decision to speak up. “LOVE YOU! Glad to see you sticking up for yourself!!” Another added, “YOU BETTA POP OFF QUEEN!👏🔥👏🔥”

The “Toxic” singer’s getaway follows her emotional courtroom address on Wednesday, June 23. During the hearing, she explained that her conservatorship, which started in 2008, “is doing me way more harm than good.”

As part of the conservatorship, the pop star’s father, Jamie Spears, is in charge of her finances along with Bessemer Trust. Jodi Montgomery is the conservator of her person, which means she can make medical decisions.