The brave pictures have been shared to the Instagram account TakeBackPostPartum and feature proud mums’ stretch marks and other pregnancy marks.

The aim of the account is to challenge the idea that women should immediately “bounce back” after giving birth.

One of the mums on the site shared an image with her two twins holding hands over her stomach, which featured wrinkles caused post-pregnancy.

The honest caption read: “30 kilograms get and lost in the shortest time. My mother’s body has made me three children and two births.

“A caesarean section, excess skin, pregnancy strips and muscles that have pulled apart. That’s me. The miracle of life.” 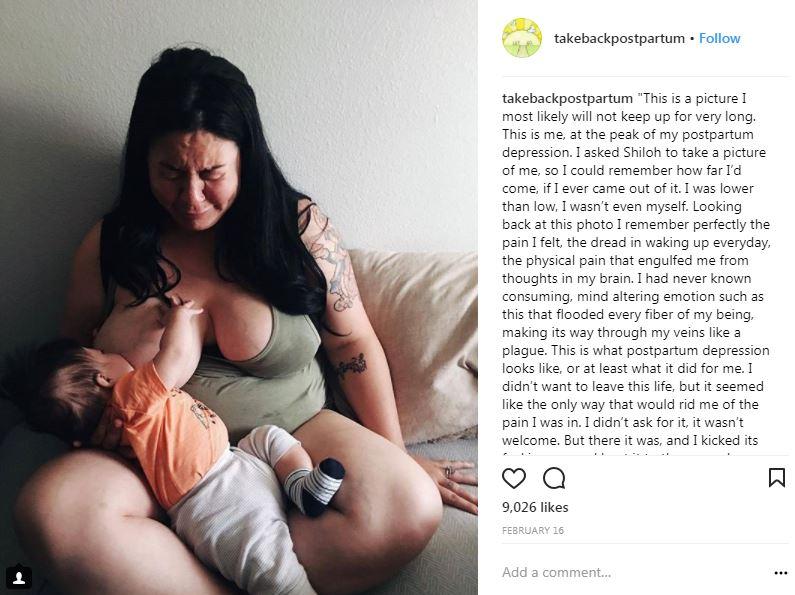 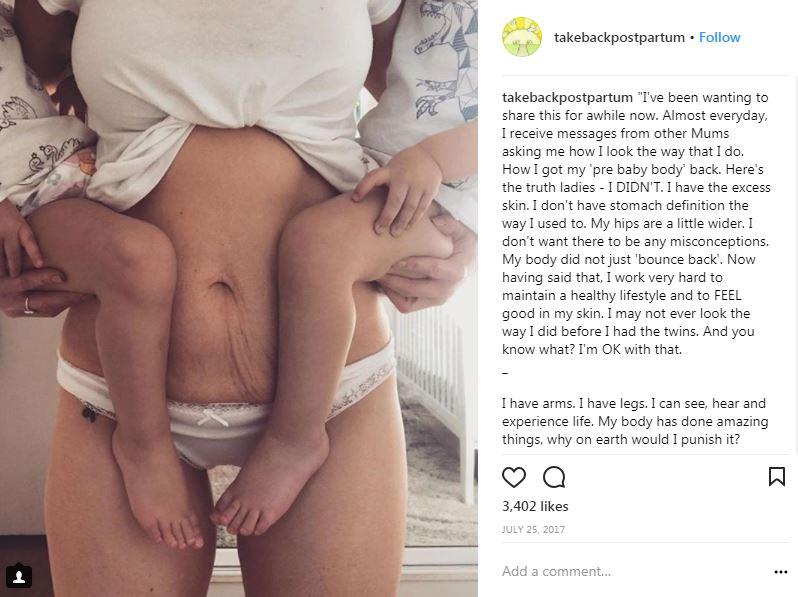 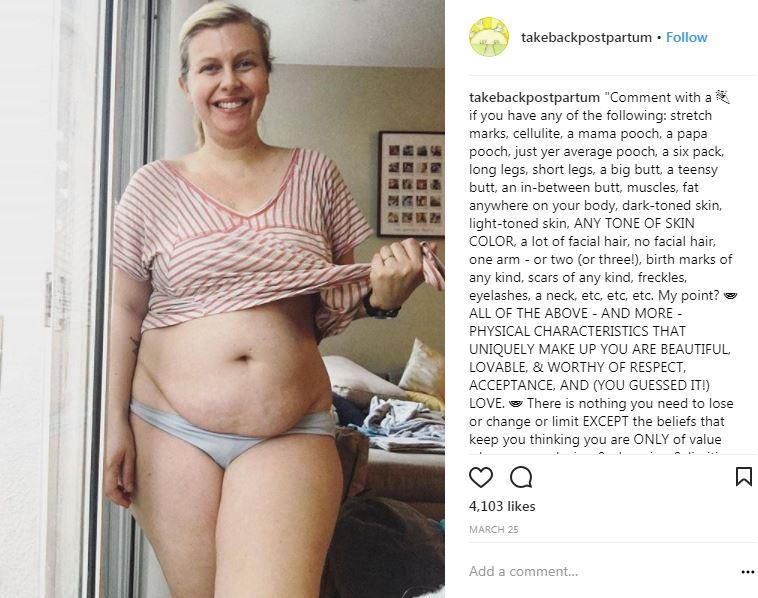 Another emotive photo showed a mum crying as she breastfed her child.

In her caption she revealed that she was at the peak of postpartum depression when the picture was taken.

She shared: “I asked Shiloh to take a picture of me, so I could remember how far I’d come, if I ever came out of it.

“I was lower than low, I wasn’t even myself.” 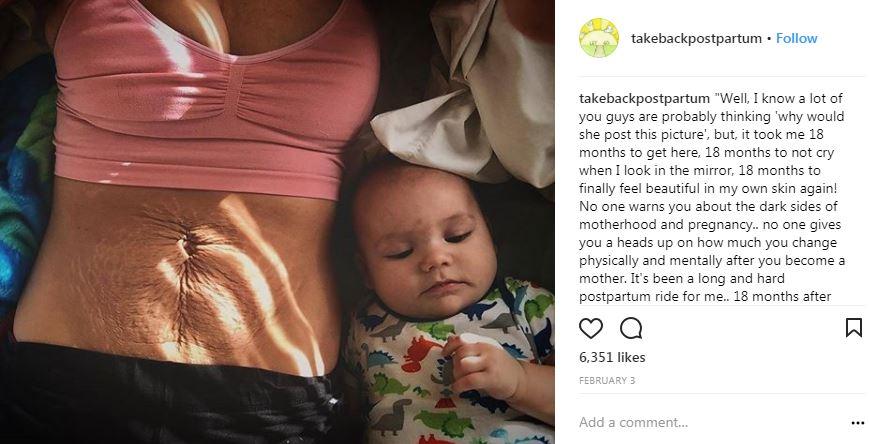 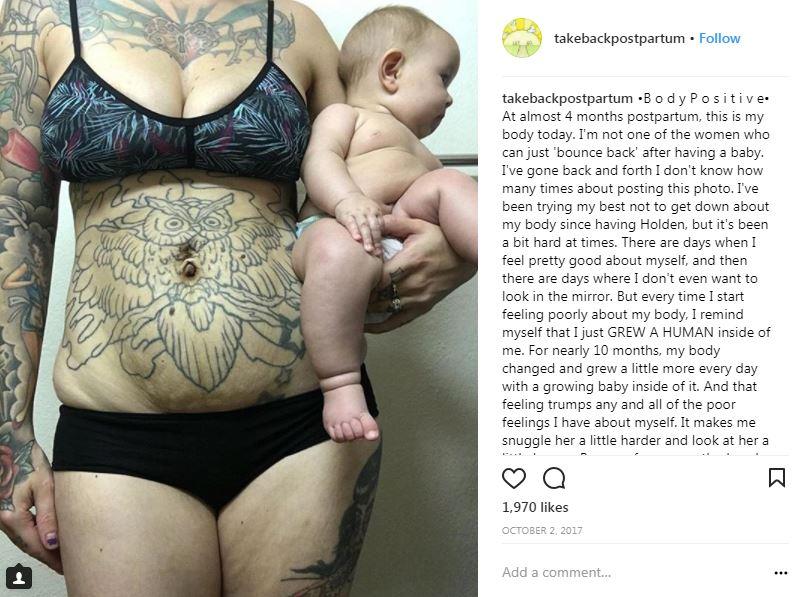 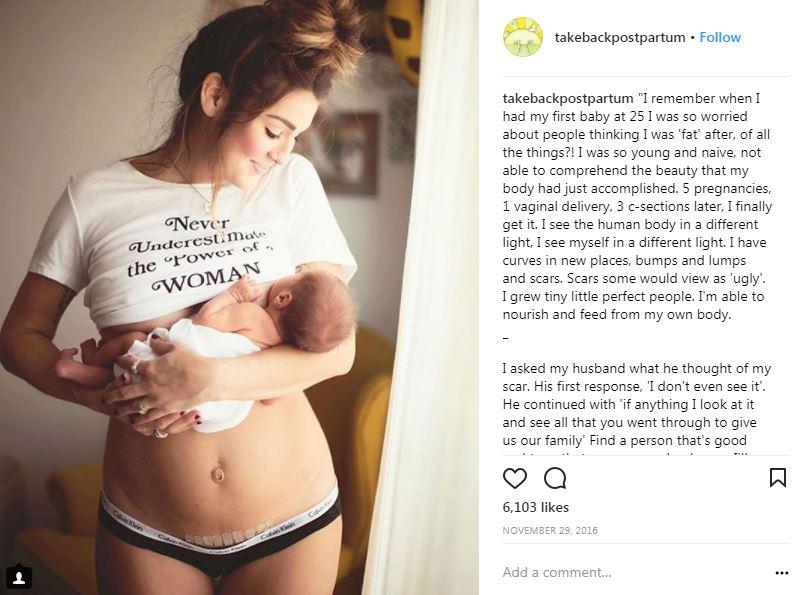 The powerful project is the creation of mum-of-six January Harshe, from Texas.

She said that was inspired to make the account after getting “frustrated” by advertisers jumping on the #postpartum hashtag on Instagram to promote stretch mark creams and weight loss shakes.

January challenges other mums to reclaim the hashtag and start a movement of positivity and acceptance. 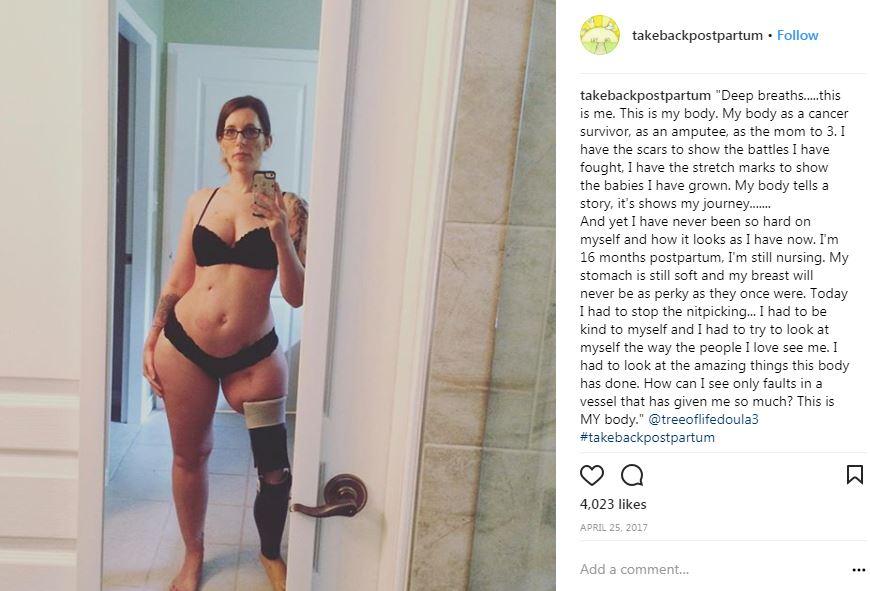 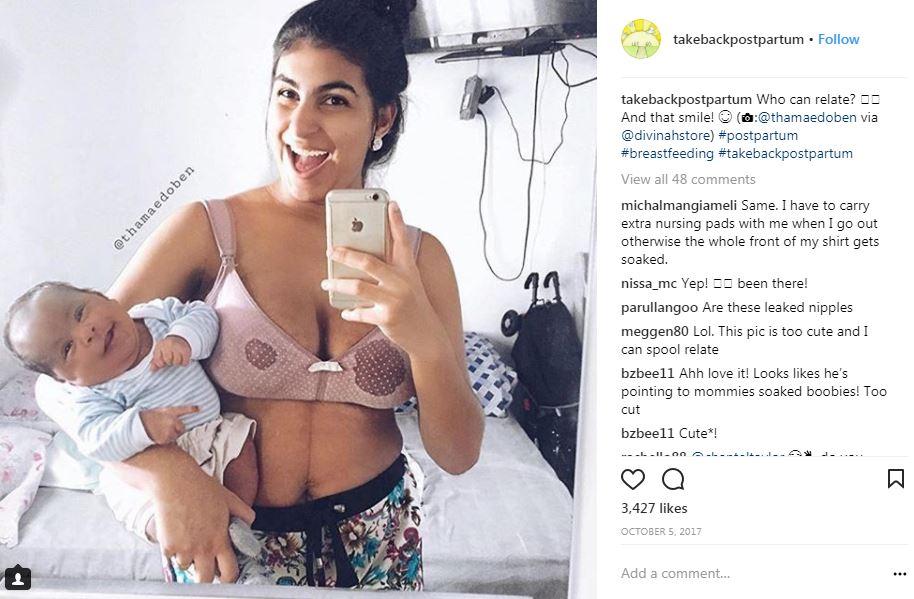 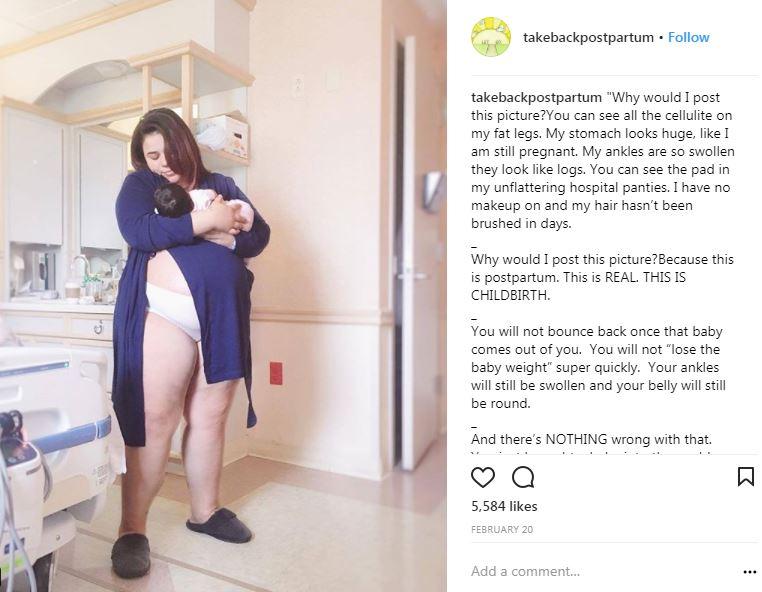 She wrote on a blog post: “It’s a roller coaster ride that is personal and different to each person and family going through it, but is also similar enough that most of us can relate on some level.

“LET’S TAKE BACK POSTPARTUM. We are mothers and strong women. Our collective voice is so powerful that we can shake the entire world. 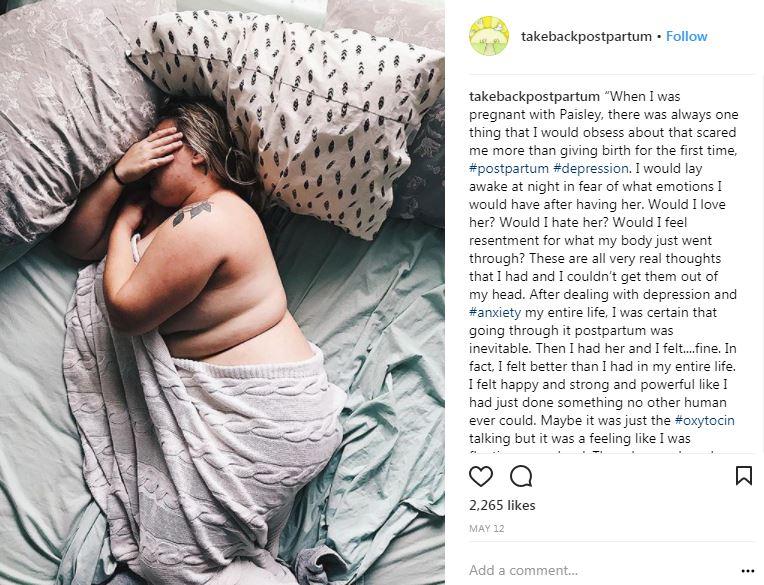 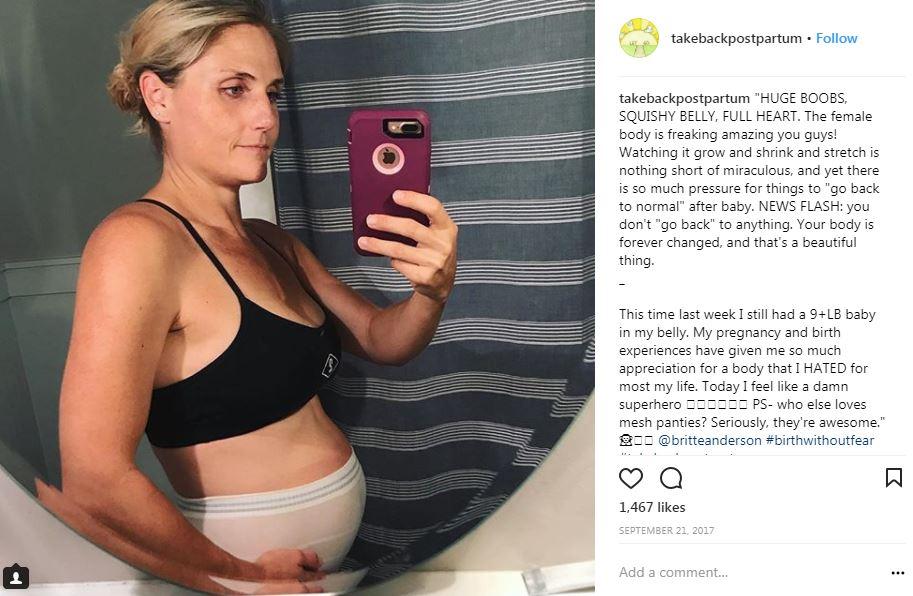 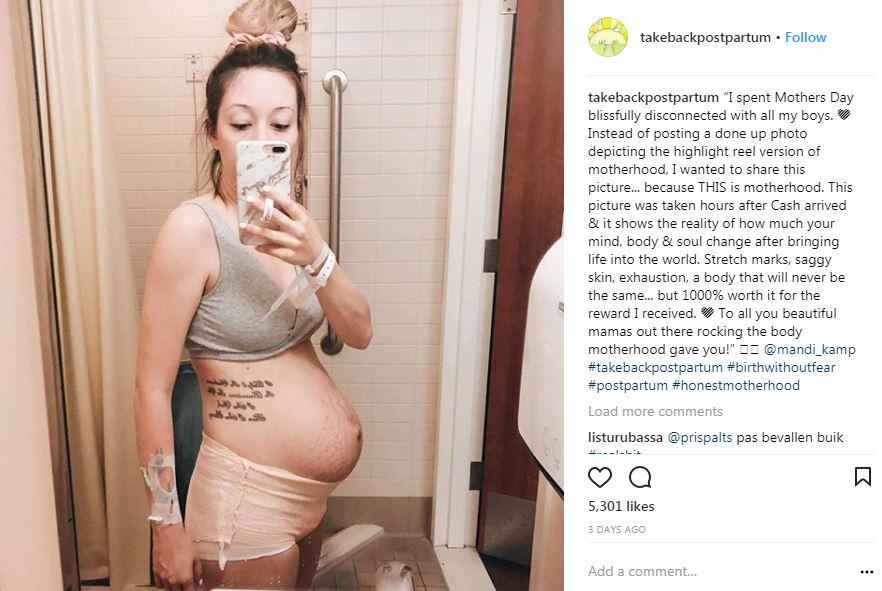 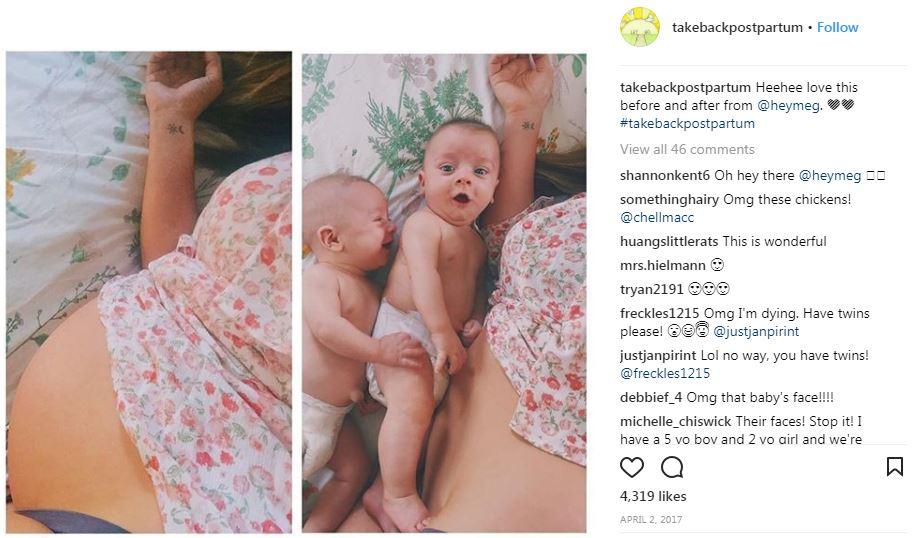 Previously mummy blogger Sophie Cachia shared a VERY candid post about having sex to bring on labour… so would YOU try it?

In December, Sophie had the internet in stitches after sharing a seemingly innocent snap with her son.

In May, she was praised by fellow mums for revealing how she wet herself while stuck in traffic.