Home » Fashion » Is YOUR child a Lil Tay fan? Foul-mouthed nine-year-old rises to fame online with sweary videos of her counting cash and jumping into luxury cars

But one obscenely spoilt nine-year-old has given mums and dads a new reason to worry with her obnoxious Instagram activity. 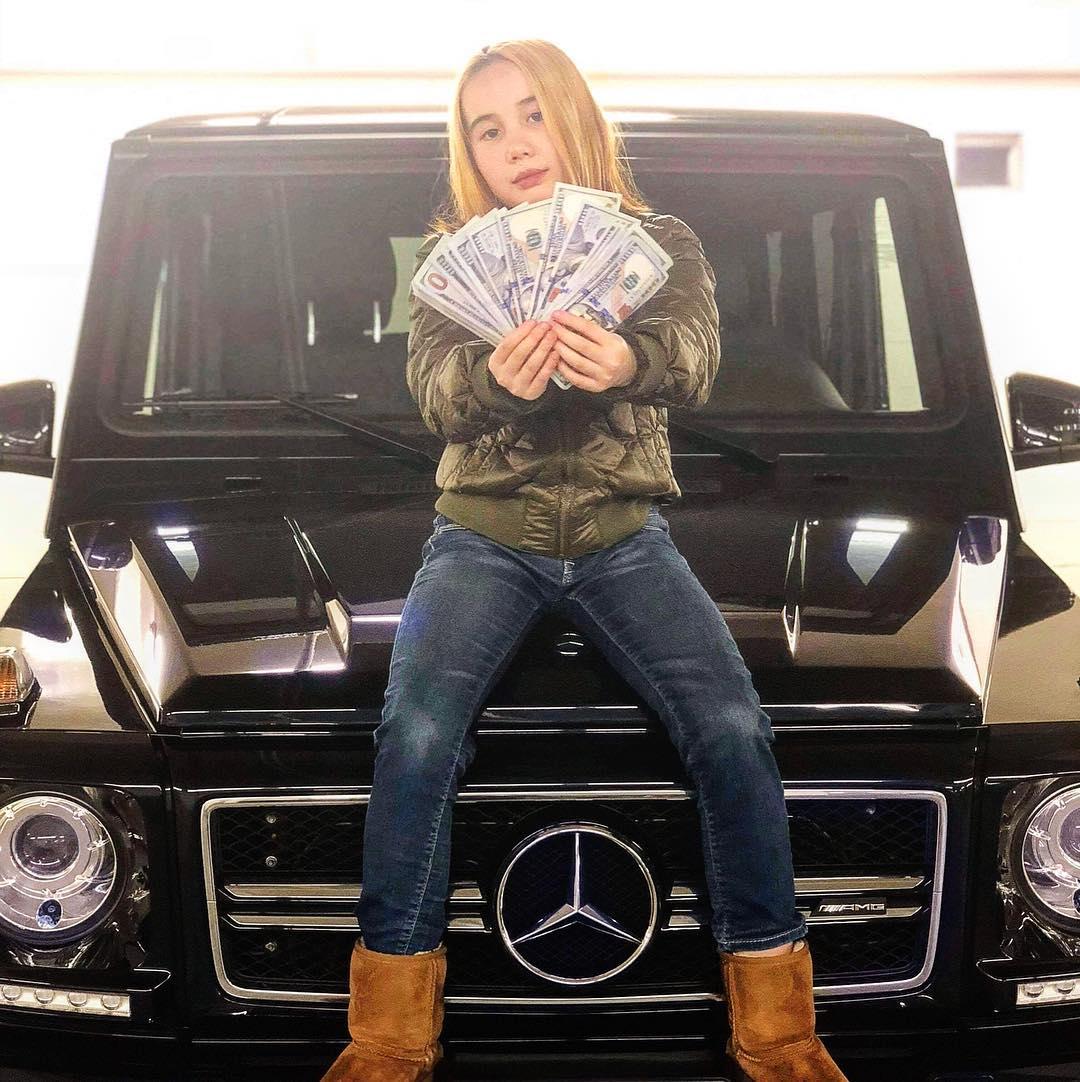 You know Your that chick when You cause all this conversation ?

You know Your that chick when You cause all this conversation ?

Lil Tay is a Los-Angeles-based youngster with over 2.1 million online followers, many of whom are pre-teen girls.

She, on the other hand, is too cool to follow anyone back.

Lil Tay, who has never revealed her real name, has risen to unprecedented levels of internet fame as a result of her potty-mouthed videos and wildly extravagant lifestyle.

The daughter of wealthy real estate agents, the youngster has posted multiple clips of her driving sports cars, which she claims are her own, as well as posing in a bathtub full of $200,000 worth of dollar bills.

The most popular of these fame-hungry videos have been viewed over eight million times.

While it would be easy to dismiss the rude gal as just another publicity stunt thought up by greedy parents, the youngster has proved a hit with underage users of the platform.

"Sup Lil Tay, you're so awesome," commented one admirer, while another said: "Sooo freaking cute".

In other words, her naughty language and spoilt behaviour could easily catch on.

Behaving like what is effectively every parent's worst nightmare, the world's youngest rapper tells her fans she's "richer than all y'all broke ass haters."

Me and my big Bro @chieffkeeffsossa got a video on the way?? Gang Gang.. be ready

Me and my big Bro @chieffkeeffsossa got a video on the way?? Gang Gang.. be ready

Met up w/ my boy lil pump yesterday, he called me up to link & he said cashmeousside a bich Lmfao girl stop hitting his line!

Met up w/ my boy lil pump yesterday, he called me up to link & he said cashmeousside a bich Lmfao girl stop hitting his line!

In a video uploaded yesterday outside of the Good Morning America studio in New York, Lil Tay boasted of her "brand new Lamborghini" and her "brand new designer outfit" with "everything Gucci and designer".

Since rising to internet stardom last month, Lil Tay has also released an equally expletive rap video called 'Money Way' in which she poses with fistfuls of cash and films on her iPhone. 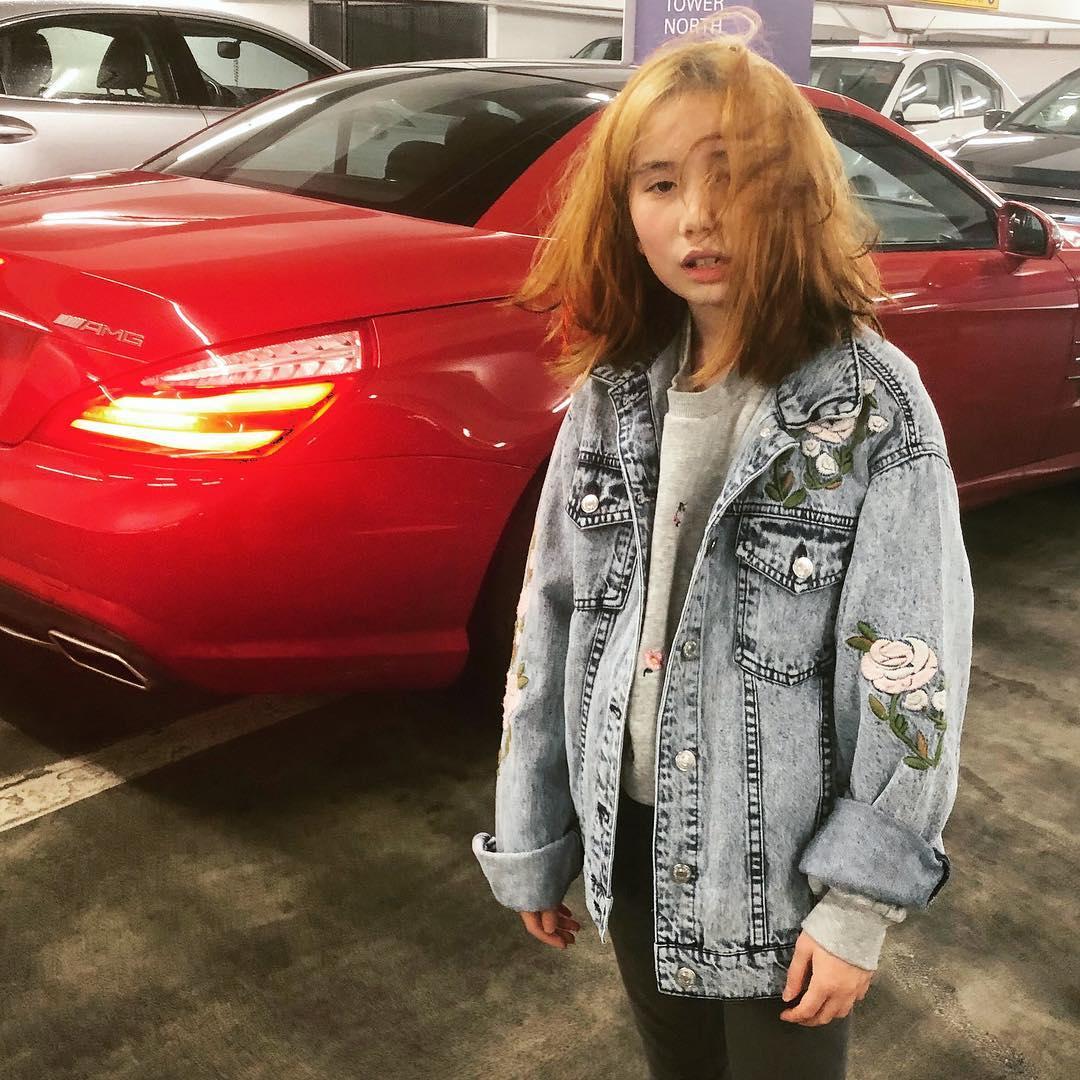 Referring to herself as the "Youngest Flexer of the Century" in her Twitter bio, Lil Tay has also publicly feuded with Bhad Bhabie of 'Cash Me Outside Howbow Dah' fame and filmed an Instagram video with rapper Rich the Kid in which she claims her car "cost more than your rent."

Even though the social media sensation claims that "my mom doesn't run my social media" and "no one is forcing me to do this", it now appears that this spoilt online persona is her older brother's creation.

So despite the fact that she is a minor herself, Lily Tay is definitely not kid-friendly content.

We tried wearing Instagram make-up to work… and it didn't go down well.

Beauty vlogger Lauren Curtis reveals how she alters her Instagram photos.. but can YOU spot the Photoshop edits?