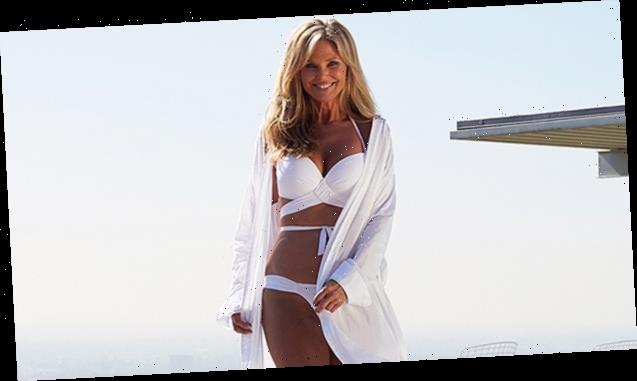 Christie Brinkley let fans in on her ultimate moment of zen by sharing a photo of herself gardening at the beach in her bathing suit.

Only Christie Brinkley, 66, could make gardening look this good! The model posted a series of photos of herself on Instagram on Jan. 11 where she’s watering plants along the entrance to a seemingly private beach. Christie is wearing a strapless red swimsuit, along with a floral wrap skirt as a cover up, in the images. She’s also sporting a floppy hat on her head and a big smile on her face, and she appears relaxed

In the photo’s caption, Christie opened up about how she finds gardening to be a zen and meditative activity. She also threw in her two cents about the state of America following the riots at the U.S. Capitol on Jan. 6. “It hurts my heart so much to hear all the terrible news,” she admitted. “We need to cultivate peace, calm and understanding. We need to grow love and mutual respect.”

Christie has been spending time at the beach with her family to bring in the New Year. At the beginning of January, she shared another series of swimsuit pics, and revealed she had hip replacement surgery a month and a half earlier. The surgery was done to correct pain that Christie had been suffering for years after she was involved in a helicopter crash in 1994.

When she revealed the news about the surgery, she also shared a photo of the large bandage that she’s still sporting on her hip as the wound heals. Fans have been sending Christie love as she recovers from the surgery, and she assured them that she’s been doing great — especially since she’s been able to get back in the water while at the beach. In response to a fan who asked how her hip was feeling, Christie wrote, “Really great! I think the swimming has been good for it. Thank you!”

Clearly, a few weeks of recovery hasn’t taken too much of a toll on Christie or her amazing figure. We can’t wait to see more pics from her tropical getaway!