Designer Christopher John Rogers has had a whirlwind year of achievements—from a sold-out Target collection to dressing Vice President Kamala Harris for the inauguration. Today, he’s crossing yet another item off his bucket list. The Baton Rouge native debuted bold confections of costumes for the ninth edition of the New York City Ballet’s annual Fall Fashion Gala.

Prior to getting the call, Rogers tells BAZAAR.com that he had no ties to the institution—aside from watching fondly from the sidelines. As a fan of the arts in any form though, he describes feeling gratitude for the opportunity. “Whether it’s fashion, food, dance, or fine art, I’ve always just really enjoyed watching people express themselves, so it was really fun to be able to work on this project.” 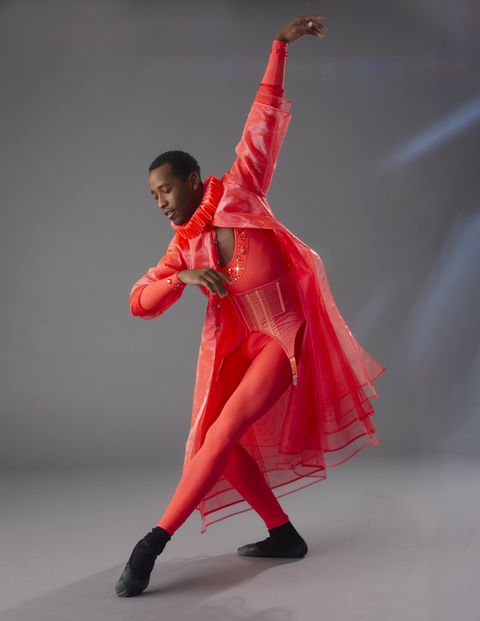 On Thursday night, guests flocked to the David H. Koch Theater to see the two pieces of work highlighted in NYCB’s fall premiere, led by Sidra Bell and Andrea Miller. Rogers worked alongside Bell, a famed choreographer and founder of an eponymous dance company, while Miller partnered with Paris-based, Colombian-American designer Esteban Cortázar. Both designers are added to an iconic list of notables that the NYCB has worked with in the past, which includes Oscar de la Renta, Thom Browne, Prabal Gurung, and Alexander McQueen, to name a few. 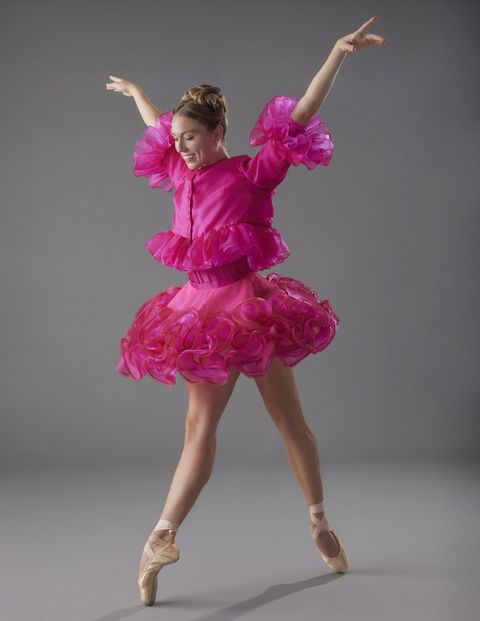 For the fall costume lineup, CJR relied on his gut design instinct, leaning into the bold, colorful aesthetic that he’s known for. “I typically find a lot of inspiration between the gray space of high-octane glamour and really declarative fashion, as well as things that people can actually wear,” he says. The designer also cites the children’s TV show Teletubbies, and the avant-garde costumes that were made for Oskar Schlemmer’s Triadic Ballet as references. “There are a few hats in the production we had to be cognizant of, the fact that a certain dance may be coupling or two dancers may move too close together,” Rogers adds. “So it was really all about thinking about proportions and pushing bigger shapes,” he says. 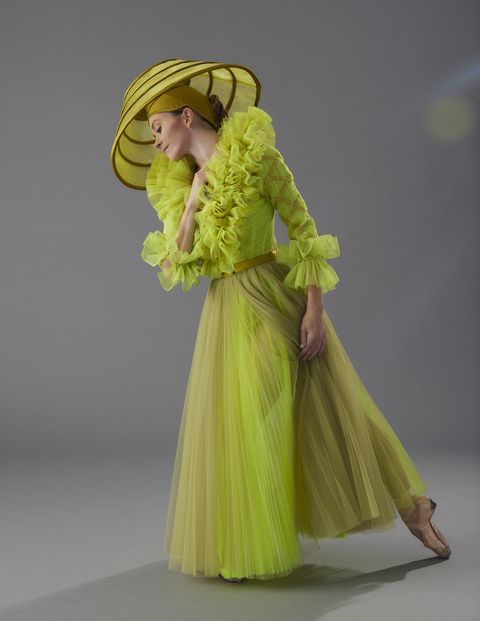 Rogers mentions being able to pick up on these nuances thanks to working with leading professionals in the dance industry. “Collaborating with Sidra [Bell] and Marc Happel, the director of costumes, for the ballet was really informative,” he shares. “Working with people who know more about a subject than I do was a new and exciting experience.” And what is dance if not the ultimate example of collaboration?