From ketchup ice-cream to cronuts, there have been some interesting inventions over the years.

And now behold, as someone has finally put together chicken and doughnuts.

The Donug – combining doughnut and nuggets – is the latest weird and wacky food pairing.

The circular offering consists of chicken shaped into a ring, covered in panko breadcrumbs and deep friend.

Instead of a classic glaze, the Donug comes with a choice of three toppings – hot chilli sauce, Japanese curry with mozzarella and a cheesy Dijon béchamel sauce. 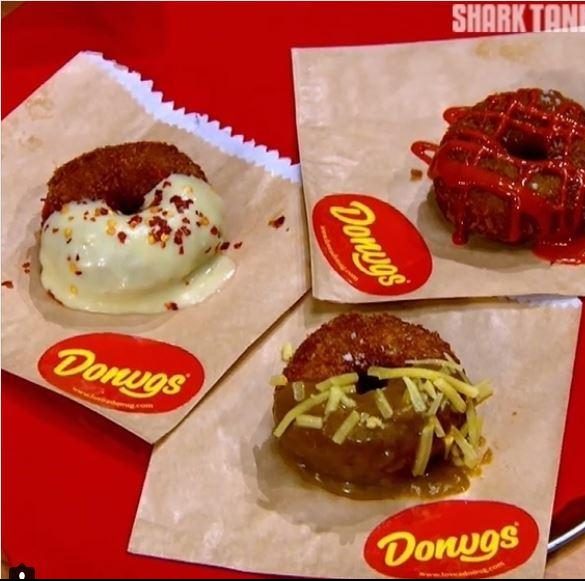 The invention is the brainchild of Crag Carrick, who lives in Australia but is originally from Scotland – the home of the deep-fried Mars Bar.

He said: “It’s about getting Donugs sold at every sporting ground, every service station, every fish and chip shop.

“I want this to be the crazy new food trend coming out of Melbourne.

“I’m giving something that’s fun, it’s easy to understand, people get it straight away.”

He and his wife set up the Donug business and have managed to secure a £56,000 investment from TV show Shark Tank, which is similar to Dragons’ Den.

While currently only available Down Under, hopefully the cash means the Donug will be coming to a restaurant near you.

The money will go towards producing the hybrid en masse, with the all-savoury Donug costs £5.

You can now get ketchup ice-cream… but do you fancy the taste of it?

And alcoholic candyfloss is now officially a thing.