Who needs Meghan Markle when we’ve got Princess Charlotte? 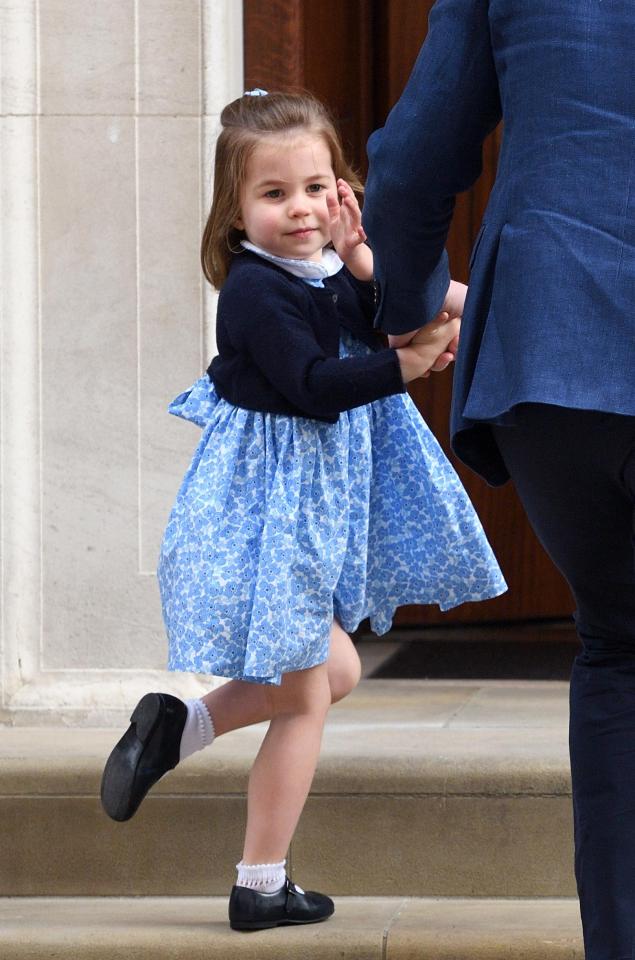 Still a week away from her third birthday, the youngster showed her mettle on Monday by waving like a pro as she arrived at the Lindo Wing of London’s St Mary’s Hospital to meet her new baby brother. Prince George, four, could only stare at the floor.

But her poise is no surprise to Fabulous Daily editor and Charlotte superfan JOELY CHILCOTT, who lists ten reasons she is the most fabulous royal of them all.

AS if Charlotte’s adorable waving this week wasn’t enough to make my ovaries burst, it’s not the first time the toddler has turned on the charm.

During a visit to Berlin last July she was all smiles as she strode along the red carpet, wowing ambassadors and shaking hands – while George threw a wobbler. 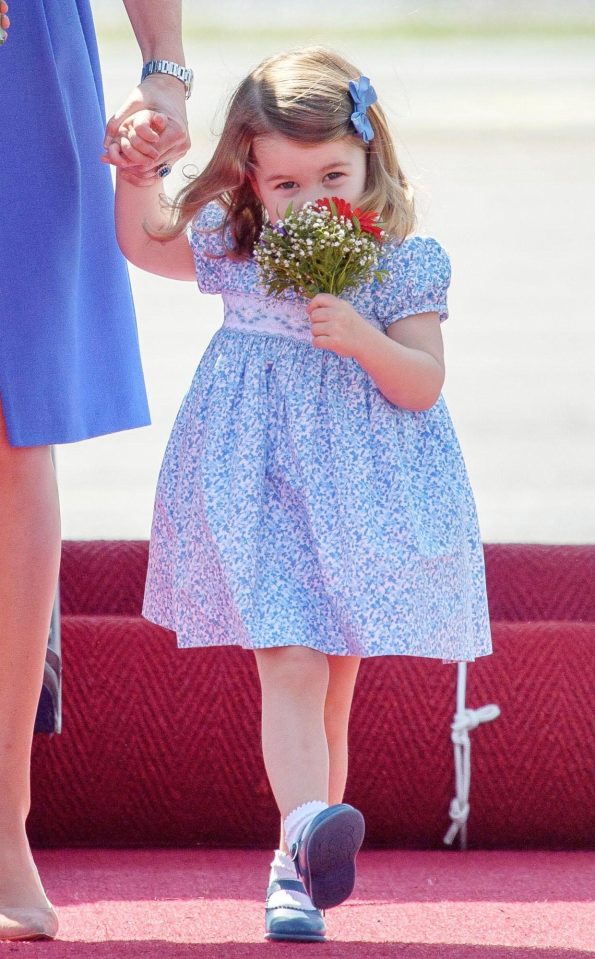 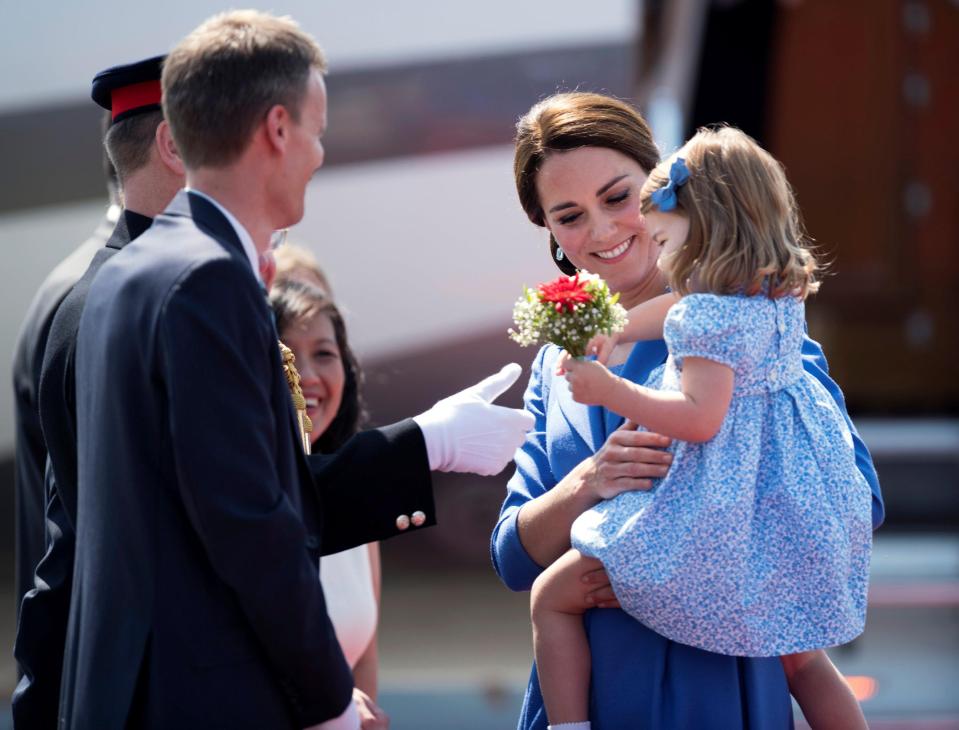 Understanding that if you want something done, you have to do it yourself.

She accepted a baby bouquet of flowers then paused to smell them like the perfect princess she is.

As well as a family hol to the French Alps, she has been on official trips to Canada, Poland and Germany – winning hearts. 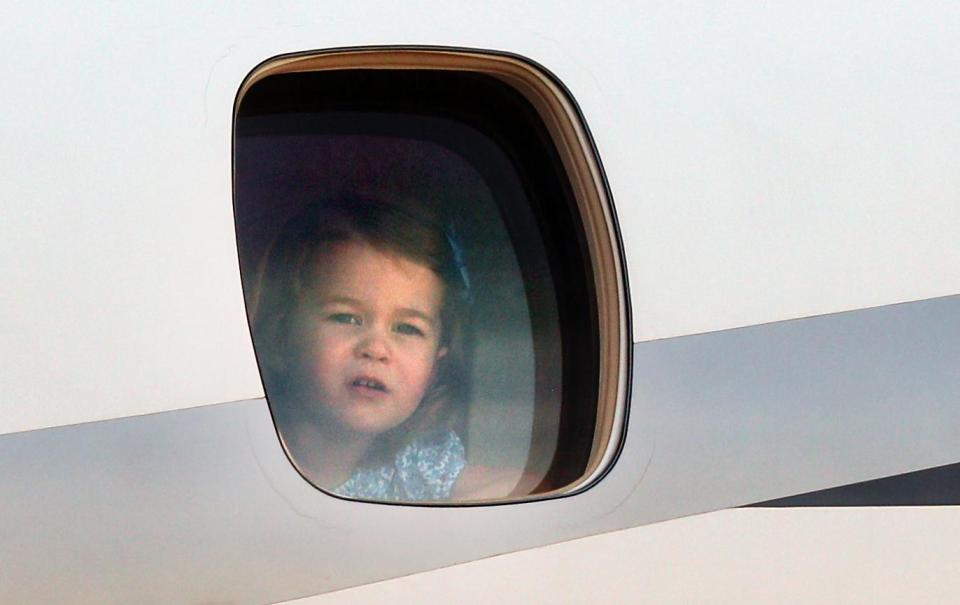 Aged just 16 months in Victoria, Canada, she worked the crowds by loudly appreciating the decorations at a tea party for military families.

And the balloons inspired her first word in public: “Pop”.

NOT only is she polite and intelligent, the princess is sporty, too.

The Sun revealed how she attends super-posh Hurlingham Club, in Fulham, West London, for tennis lessons. 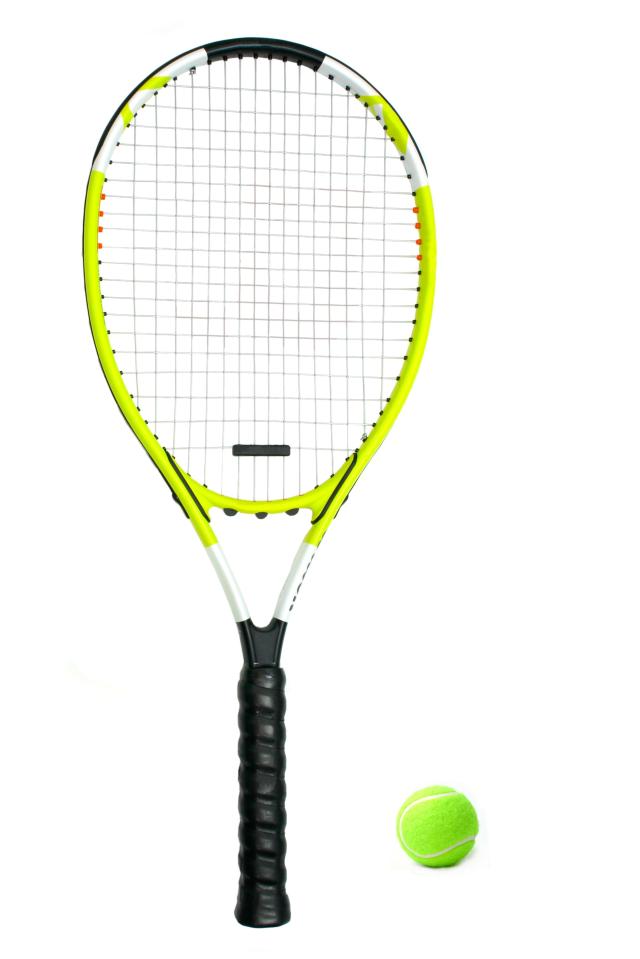 A source even said: “She seems a bit of a natural.” Well, of course she is.  But apparently not all the guys and gals at the “Hurlers” are happy about her appearances on the court because she’s not a fully fledged member.

Or is it just they know she’ll be thrashing the pants off them before she even hits primary school?

FIND me a woman who loves her food and I know we’ll be mates.

So it looks like me and Charlotte could be destined for a lifelong friendship. 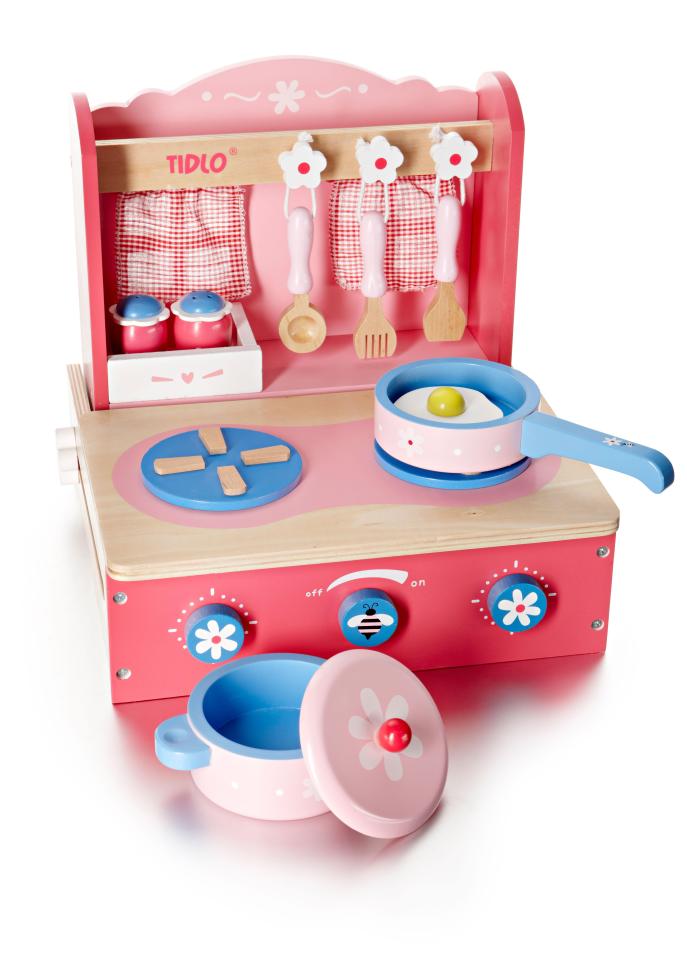 According to a palace insider, when her mum makes a meal, Charlotte helps out with her miniature kitchen toy set.

And on a visit to Great Ormond Street Hospital, the Duchess of Cambridge revealed her daughter loves pasta.

“Hallelujah”, I cheered into my plate of spag bol. A girl after my own heart. Long live carbs.

IT would be easy to assume that Charlotte is looked after by Prince George – not just big brother but future king.

But SHE is the one looking out for him. 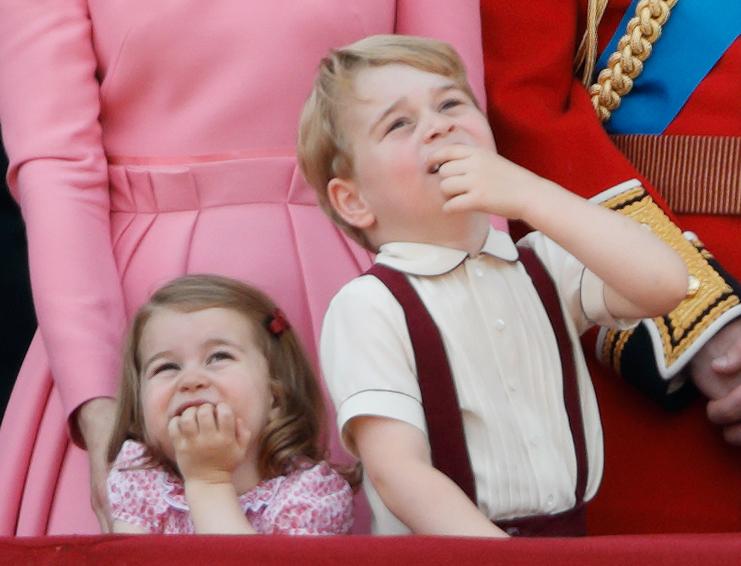 Recently the Queen asked a ten-year-old schoolgirl if she “looked after” her six-year-old sister. Her mum replied: “It’s the other way around.”

Her Majesty then confided: “It’s like that with Charlotte and George.”

THE royals are horse mad and Charlotte has already ridden ponies, yet her love of animals doesn’t stop there.

She is a big fan of the family cocker spaniel, Lupo as well as their pet hamster, Marvin. 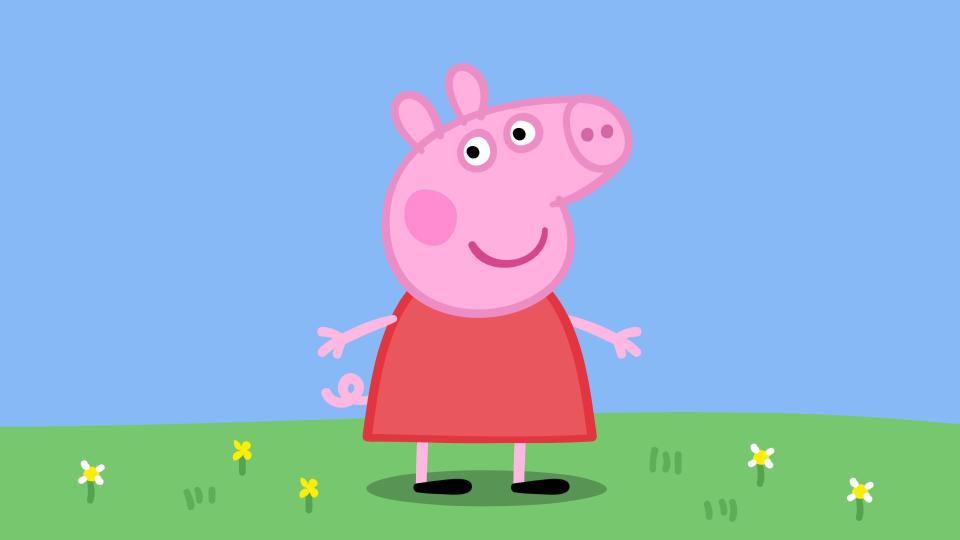 It doesn’t stop there. Her favourite book is The Gruffalo and her top TV show is Peppa Pig. Is this a new David Attenborough in the making?

WHATEVER Charlotte wears is an immediate sellout and it’s not hard to see why. She knows her stuff. 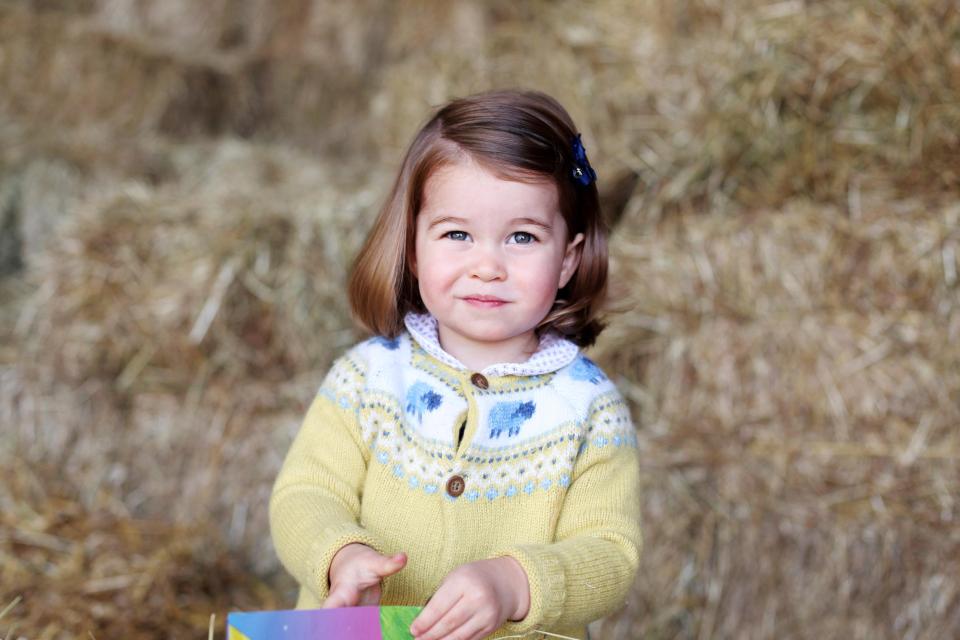 And teaming her on-trend florals with a £45 navy cardigan from Amaia Kids is just SO spring/ summer 2018.

But it’s Charlotte’s love of affordable fashion that really gets my vote.

Posing for her second birthday portrait last May she wore a £10 yellow cardigan with sheep detail from good old John Lewis.

And also she knows good arm candy when she sees it. 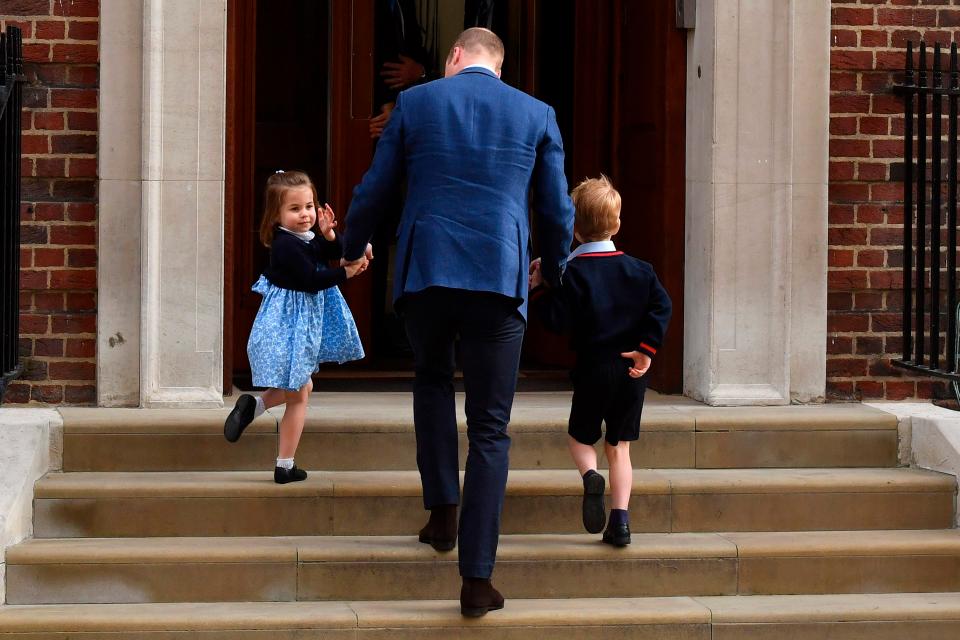 She recognised that a bargain £12 backpack with pony motif from Cath Kidston was the perfect accessory for her first day as a pupil at the £14,550 per year Willcocks Nursery School, West London, in January.

While I occasionally roll my eyes at Prince George’s old-fashioned bloomers and retro collars, Charlotte understands that florals for spring never go out of style.

ANY woman who stands up for the sisterhood is a legend in my eyes – and Princess Charlotte is already making history.

No more of this “the man comes first” BS. Oh no. Charlotte has arrived and decided enough is enough. 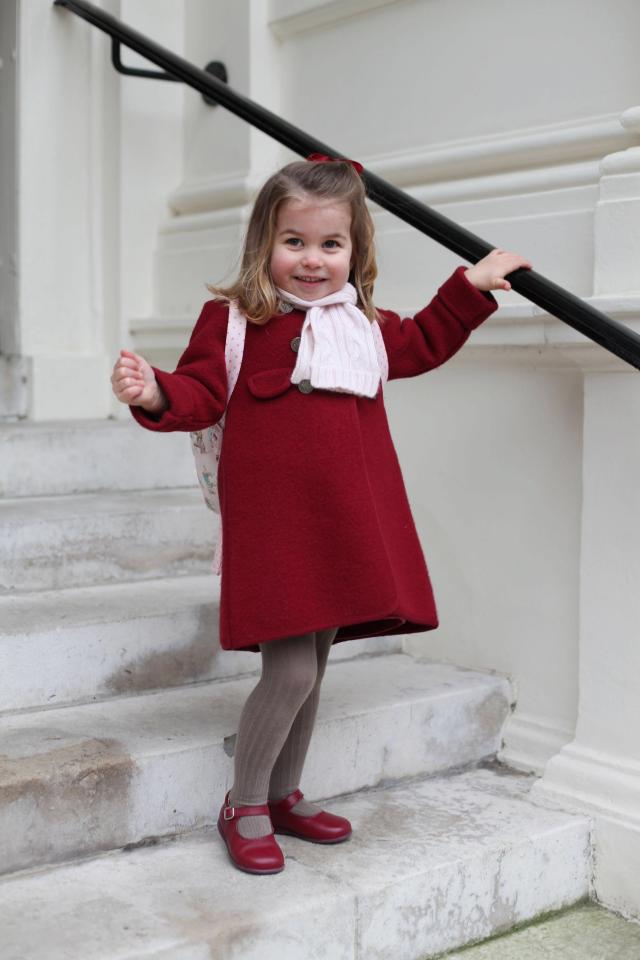 But now, Monday’s arrival of the new prince won’t demote her. Charlotte holds on to her fourth place, with the new boy in fifth.

If only Princess C could tackle the gender pay gap next . . .

THE young royals have a Spanish nanny, so are learning the language.

And experts say the best time to master a second language is when you’re little. 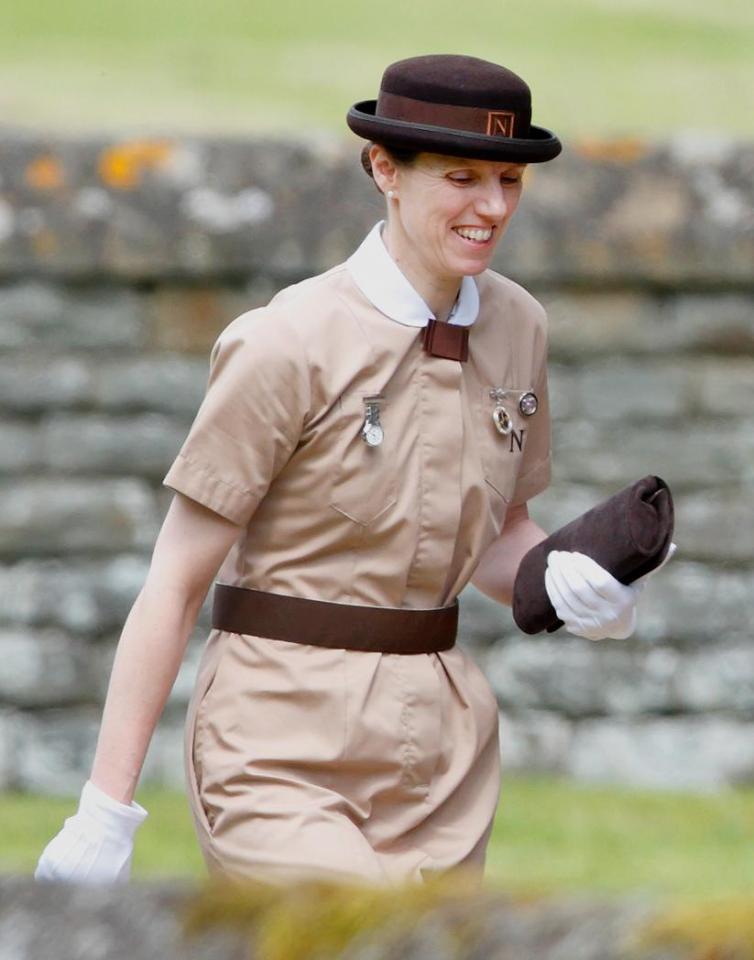 Reports say George can already count to ten in Spanish, so I have high hopes for Charlotte.

As well as growing up multi-lingual, the princess is a talented vocalist.

For her second birthday, Charlotte sang Happy Birthday to herself on a visit to a farm in Gloucestershire.

No doubt she sang like an angel. I’m guessing.

BY the age of just eight months, Tatler magazine had placed Princess Charlotte at the very top of their “people who really matter” list, pipping both her mum and dad to first place.

Usually I am not one for agreeing with the posh, high-society magazine whose writers look down their noses at people who say “bang-on-trend” (come on . . . ). But for once we were on the same page.

Princess Charlotte DOES matter. A lot. Especially as she is great for the British economy.

Valuation consultancy Brand Finance forecast that Charlotte would be worth £3.2billion to the country over her lifetime, while her big brother would bring in a paltry £2.3billion.