A DAD has sparked a debate after revealing his controversial advice for women on how to stop their husbands from cheating.

Australian dad blogger Brad Kearns of DaDMuM, has suggested that wives support their husband’s gaming hobbies to help reduce chances of cheating and going to the pub drinking with his mates. 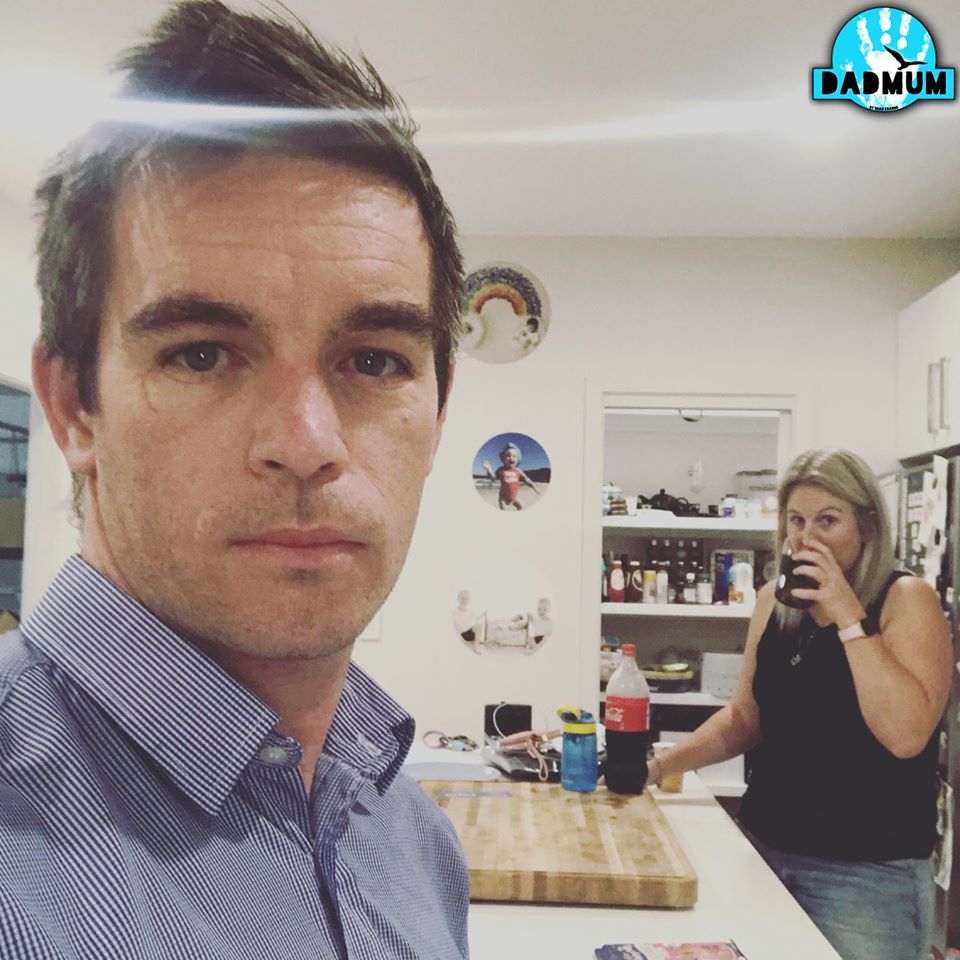 In his Facebook post, the dad-of-three writes: “Dear ladies… I don’t want to give you relationship advice or anything but; Did you know that playing online console games will reduce the likelihood of unfaithfulness by 1000%?

“Did you know that video games improve his social well-being and mental health infinitely?

“Did you know that your husband can download a new PlayStation game for the same price as 10 beers at the pub AND he doesn’t have to leave the house to hang with mates,” he continues.

Brad, who shares his blog with wife Sarah, also suggests that any willing husbands join his Facebook group Dad Clan so that they can all game together every Friday night. 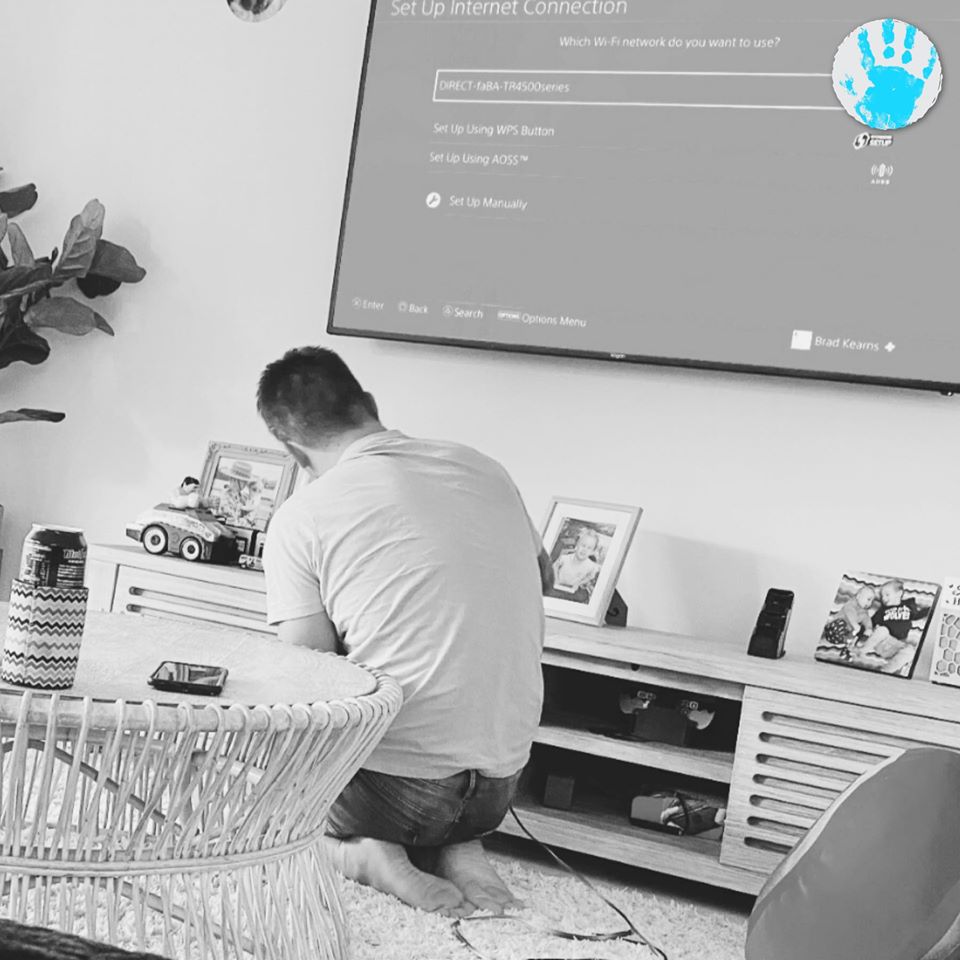 “And did you know that for the low, low price of 1 Friday night per week, your man can be part of my new Dad Clan” he adds.

“My wife said we are absolutely not doing it every Friday night, but we will just see about that now won’t we…” he quips jokingly.

His advice divided opinion amongst his followers, with many women left far from convinced.

“Not even convinced a little bit” wrote one, with another agreeing, “Lol so if (you) don’t play video games, you’ll be unfaithful, depressed and an alcoholic?” 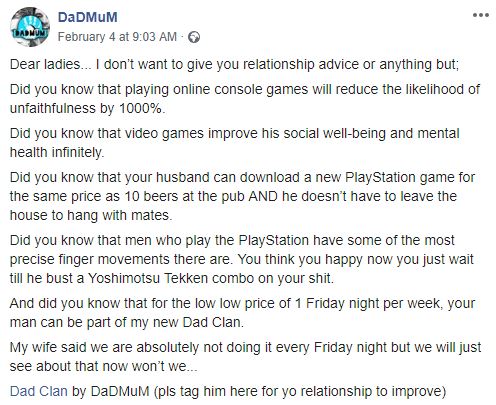 A third wrote: “Not really my husband left me for someone else and he was a gamer.”

Several wives weighed in on his advice with their own witty comebacks.

“The above may be true but did you know that your husband playing a video game and not engaging with the family reduces his chances of any intimacy or sexual activity by 1000%?” said one.

“Rather him have 10 beers with mates at the pub. So I can relax with a bottle of wine and watch rubbish. Just saying,” added another.

“I give it two weeks before you have to message the group saying you're not allowed to play,” another joked.

“And as well you shouldn't be. Playstation. You should be ashamed,” she added with a laughing emoji.

This article was originally published on Kidspot and has been republished with permission.

In other relationship news, this woman accidentally sent a brutal text about him to her date.

And we recently revealed ‘whelming’ is the awful new dating trend to look out for.

Plus from Keanu-ing to Paxmanning, here are the new dating trends you need to look out for in 2020.