The Confidence Code for Girls claims that a girl's self-confidence plummets by about 30 per cent during her teenage years – and that it's their dads rather than their mums who can help them grow up to be brave and feel secure. 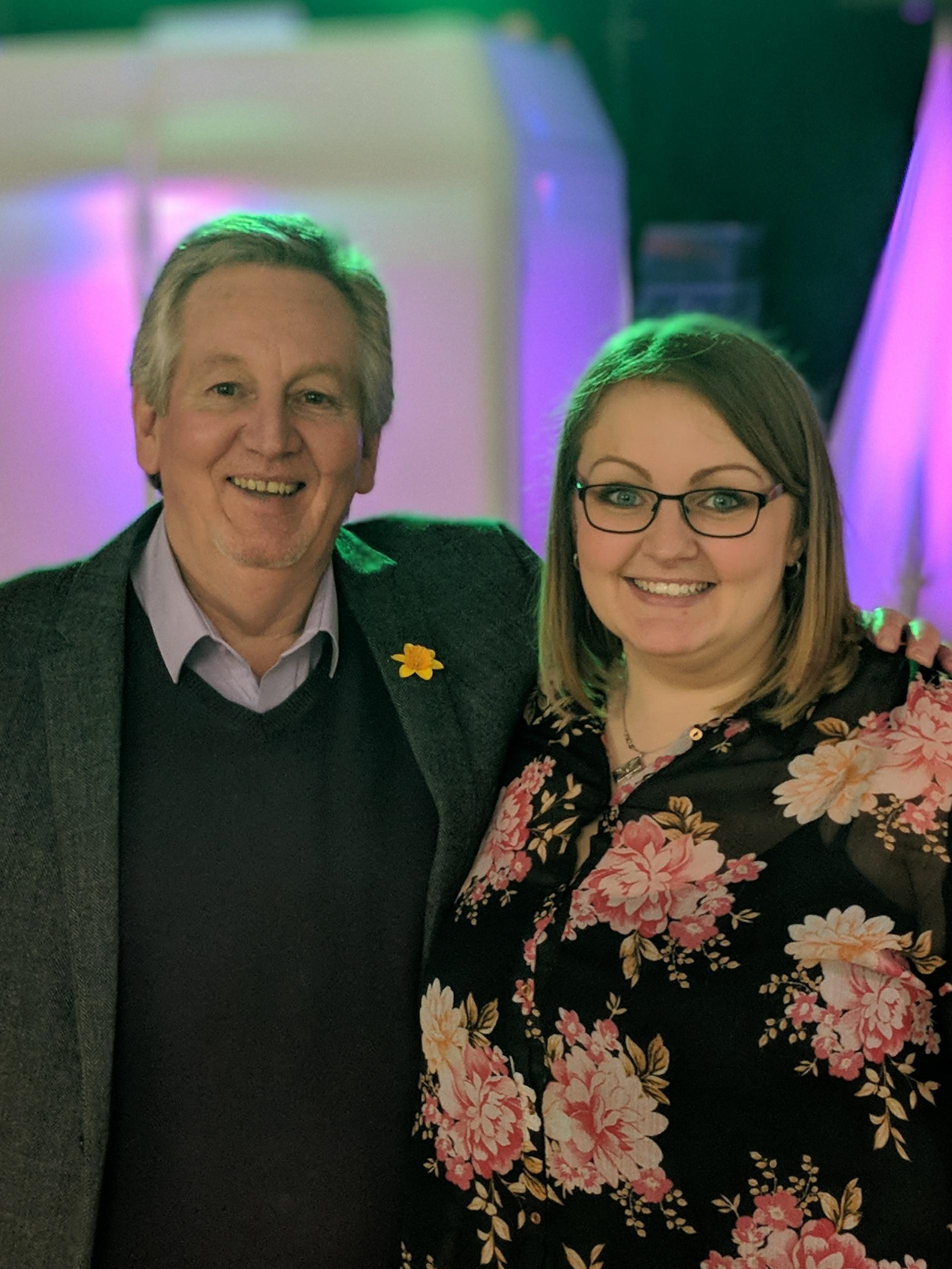 According to the authors, BBC news presenter Katty Kay and former television reporter Claire Shipman, fathers might be better placed than mothers to help their daughters,  simply by teaching them to break rules, take risks and make mistakes.

They also suggest that dads can also notice a dip in their daughter's confidence, whereas mums have a tendency to control situations and stop them from experiencing failure.

As Father's Day approaches, we've spoken to three women who couldn’t agree more, and want to thank their incredible dads for looking after them throughout their trying teen years and beyond…

‘He supported me through my termination’

When Sian Nightingale, 31, an NHS receptionist from East Notts, decided to have a termination at 18, her dad David Jones, 69, stood by her. 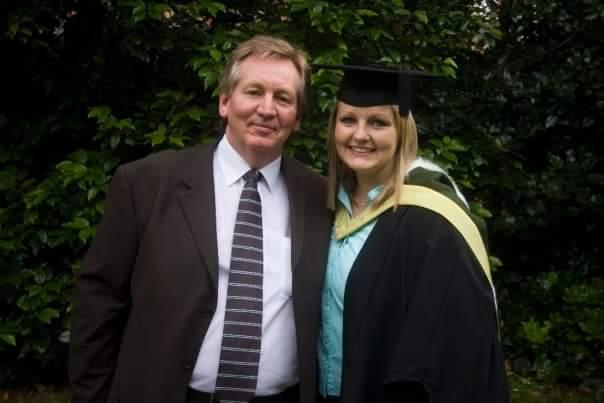 "My mum and dad separated when I was 11 and at the beginning, I stayed at my dad’s house happily every other weekend and one night a week.

But then we had a big argument when I was 13 – I can’t even remember what it was about – and I decided to stop all contact.

But one day I came home and Mum was lying on the sofa and wouldn’t stop crying. She was having some sort of mental breakdown and I felt frightened and lonely.

Sheepishly, I called my dad and said I was really sorry but he never made me feel bad – and he was just so relieved to have me back. 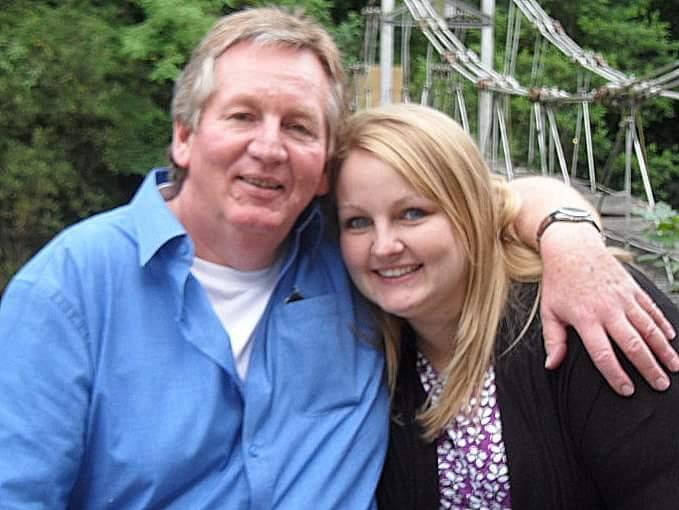 My mum’s mental health never fully recovered and my dad’s home became a bolthole; a place where I could be a kid again and escape the adult issues at home.

When I fell pregnant after a casual relationship at 18, my mum was angry and made me feel bad about it, insisting I mustn’t let a baby ruin my life. My dad was the opposite.

He was a born again Christian but never expressed disappointment in me and simply tried to help me make the right decision. I was just finishing my A-levels and had a place to study English at University but I was determined to keep the baby.

Mum and I couldn’t talk about the pregnancy without arguing so I ended up talking to Dad about it and he didn’t try to persuade me one way or another. 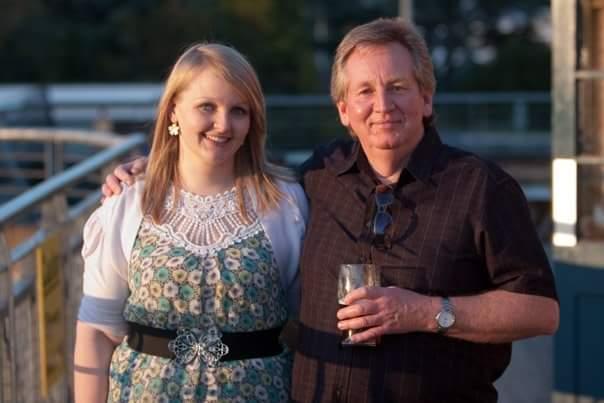 At 14 weeks, I had a change of heart and decided to go for a termination and Dad was supportive, despite it being against his beliefs.

It was the hardest decision I ever had to make and afterwards, I felt so fragile and he just let me be –  listening to me, holding me while I cried, all without judgement.

My mum sadly passed away last year and my dad has been my one constant through everything. I message him every day and he still makes me feel like a kid when I’m with him, pandering to my every need and making me feel safe." 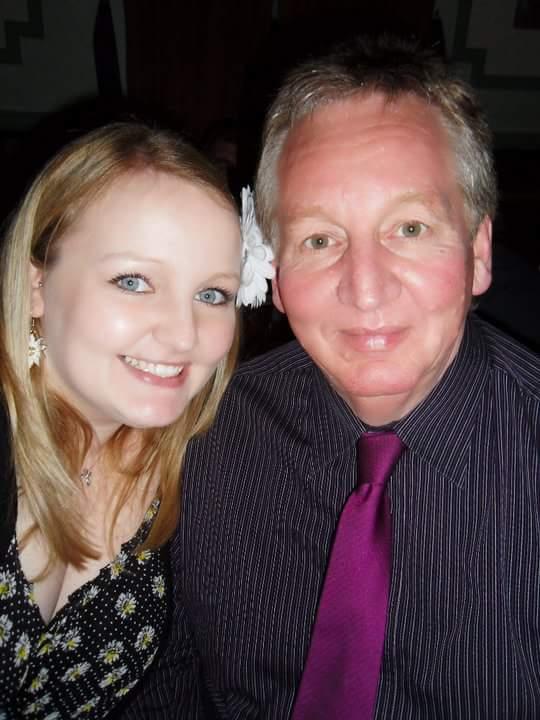 Annalise Green, 29, a blogger, vlogger and author from Norwich couldn’t have got through puberty without her dad, Don Fitzpatrick, 61. 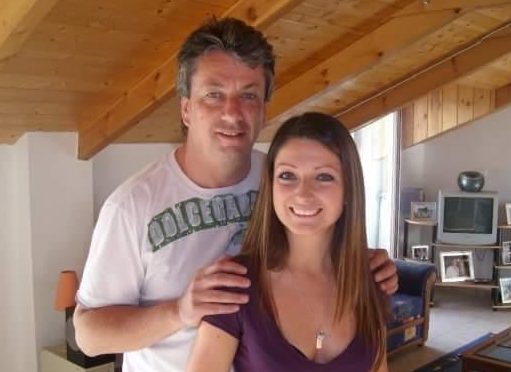 "It was a brave tactic but it worked. Instead of being the strict parent and telling me to come home at 11 0’clock on the dot ‘or else’, my dad would just smile and say, ‘be sensible.’ I was 15 and soon found myself coming home on time, having nothing to rebel against.

But my dad knew I needed clever handling when I was teenager because I didn’t have a ‘normal’ childhood.

My mum had multiple sclerosis before I was born and my birth made it flare up even more. Mum and Dad split up amicably when I was seven and as an only child, I ended up becoming my mum’s carer as she could barely do anything for herself. 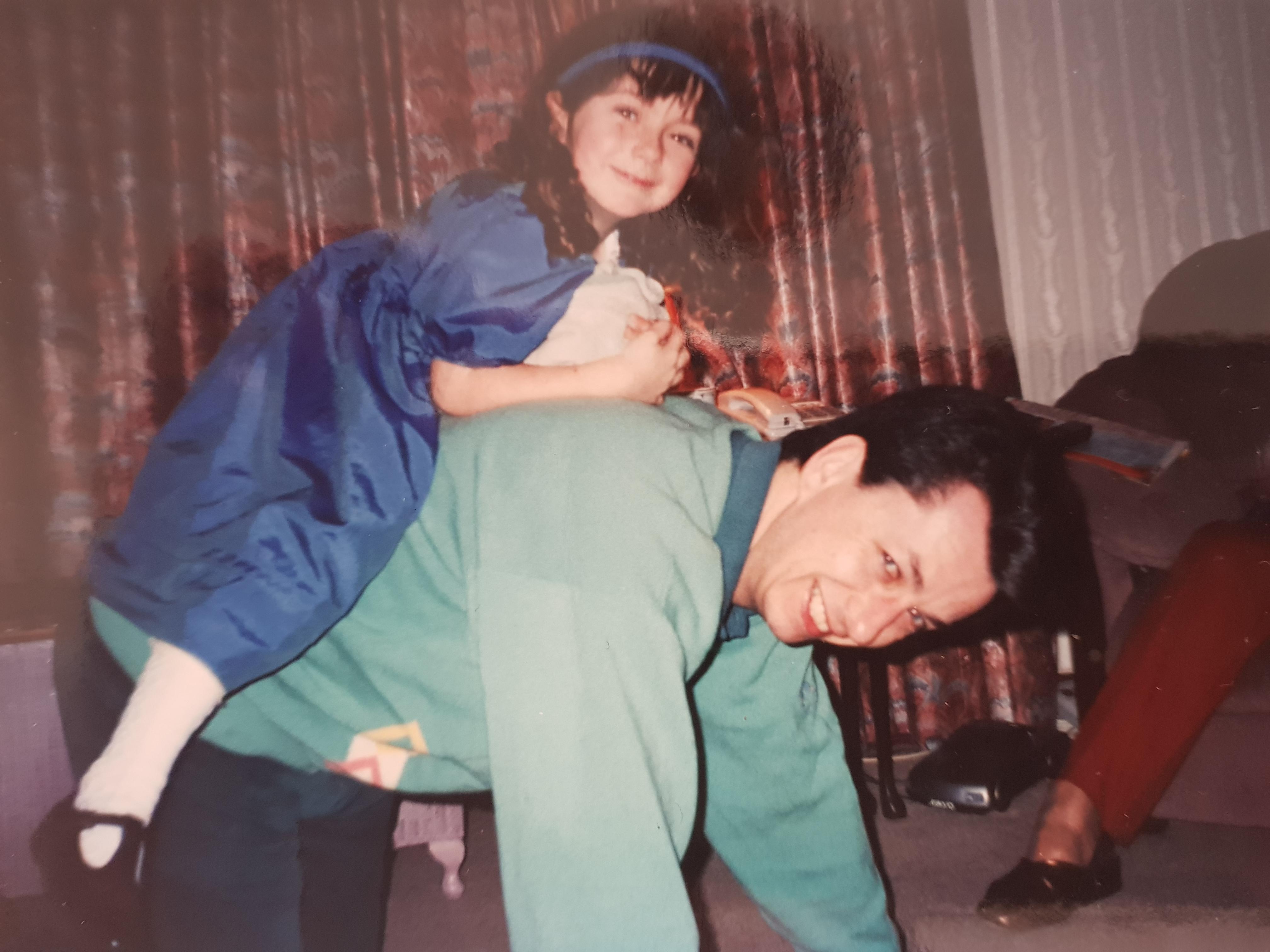 It took a while for Dad to clock on but as soon as he did, he insisted I move in with him. Mum’s health worsened and she was taken into a home when I was 10.

I’d visit every couple of weeks but it was tough; she couldn’t talk or move so I’d sit there feeling awkward, not knowing what to do or say. Dad, meanwhile, tried his best to be the mother I didn’t have.

When my periods started, he jotted down the date and a month later he plonked a bunch of sanitary items on my bed then nudged me towards a kitchen cupboard filled with chocolate and a drawer in the freezer containing tubs of ice cream.

‘Just in case you need them,’ he mumbled.

He did everything for me; dropped me at the bus stop, made me packed lunches and helped with my homework.

He loved it when I had friends round, cooking us roast chicken with home-made chips, then joining us on the sofa as we chatted about boys for hours and giving us his man advice. 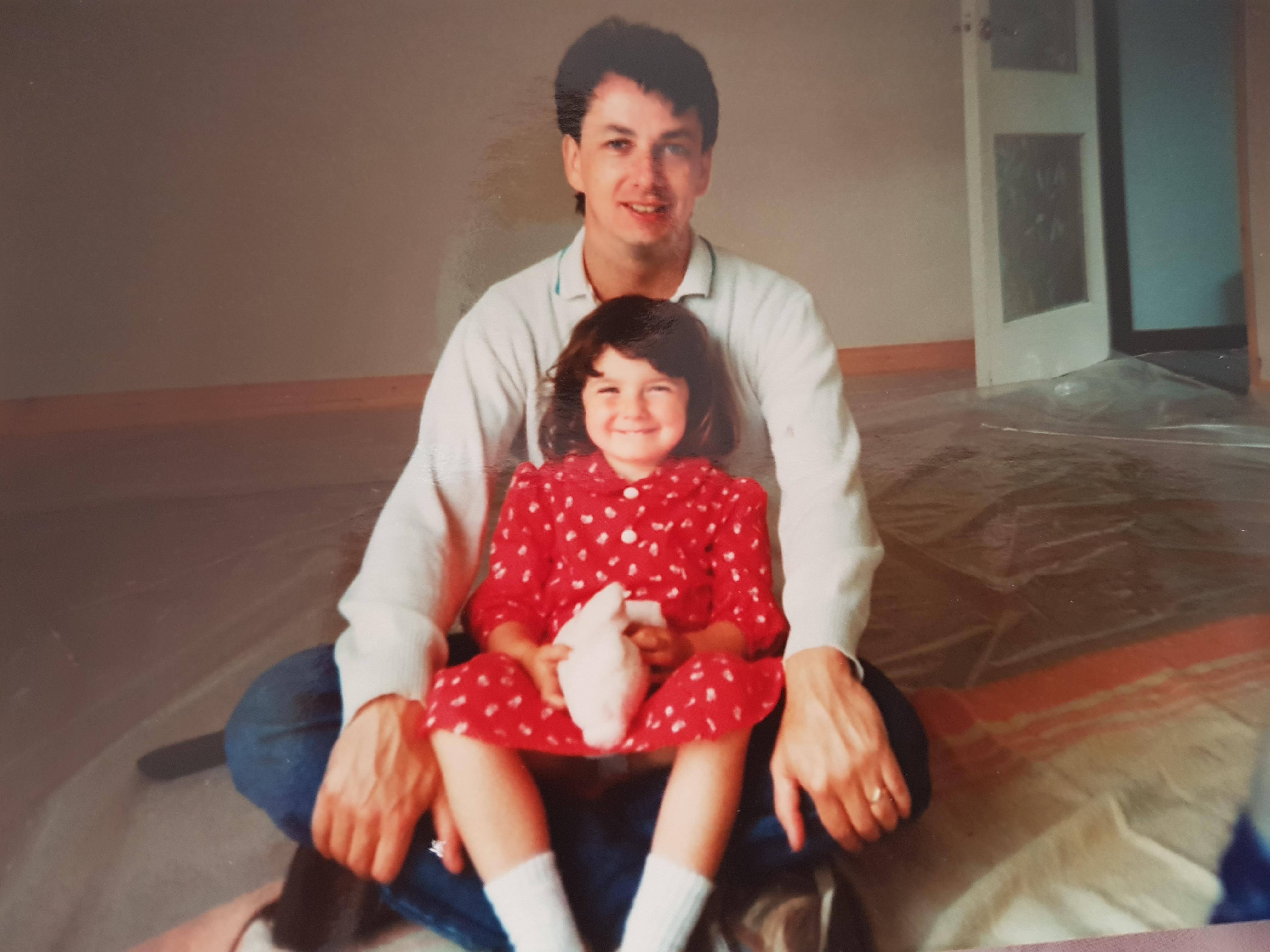 I was 16 when he was made redundant from his job as a project manager and it threw everything into disarray. We had a holiday pre-booked to Zante in Greece and when he saw a bar for sale there, he looked at me and said, ‘I’m going to buy it!’

And he did. I was torn about going abroad, not wanting to leave my friends, but then I met my partner there and fell pregnant.

I was only 17 and worried what Dad would think. But he simply took it in his stride, asking me one question: ‘Are you happy?’ 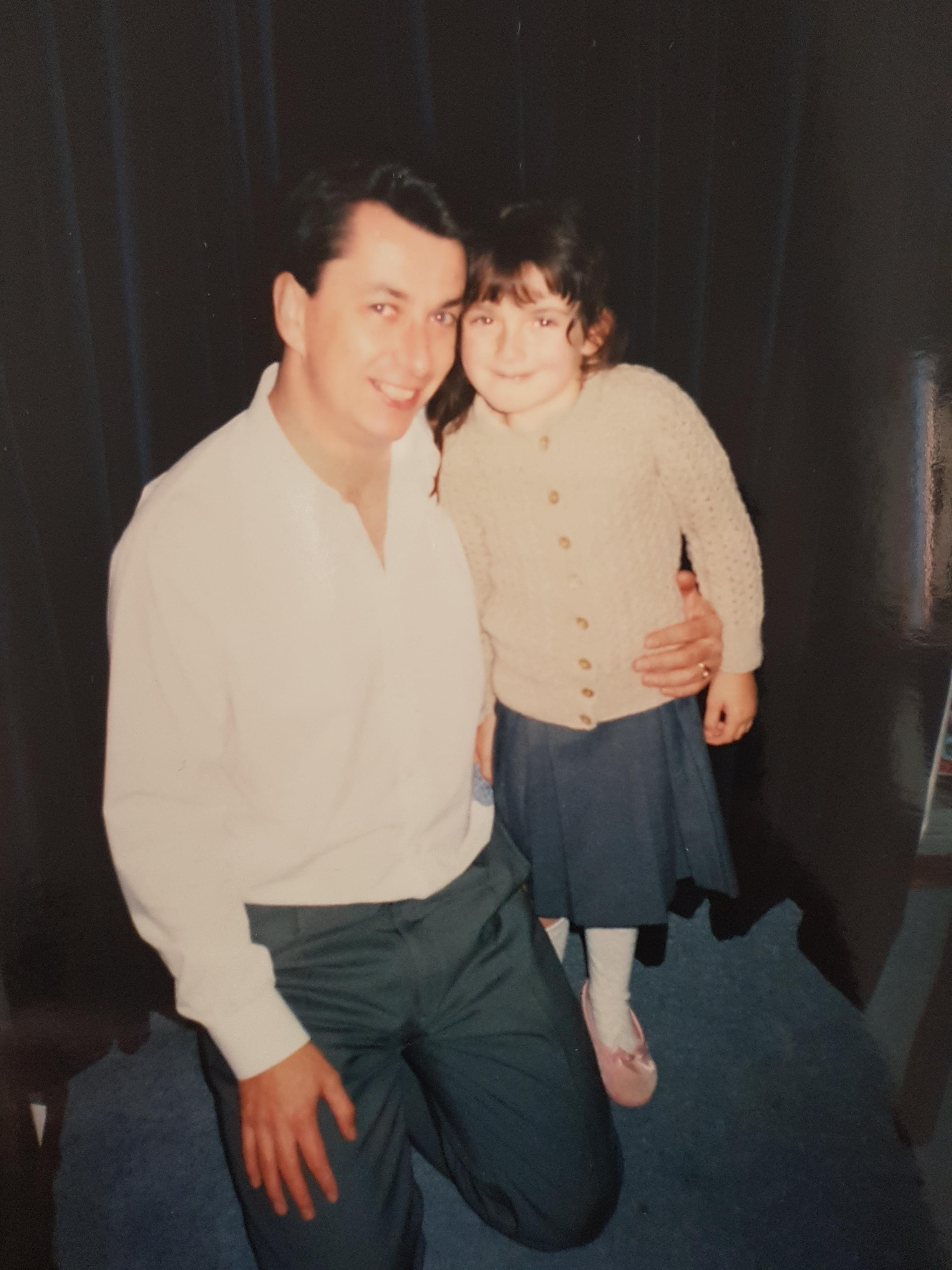 He was an amazing support throughout the pregnancy, even buying me a new – large – bikini after I phoned him crying one day because I was too hot and my bikini wouldn’t fit.

My partner and I now have three more children together and we’re all back in the UK, with my dad a half an hour’s drive away, just how he and I like it.

My mum died four years ago and I recently asked my dad why he never met anyone after her and he said he didn’t want to upset me as I’d had enough to deal with growing up.

And that’s my dad through and through. Selfless and solid. I don’t know how I would have got through my teens without him." 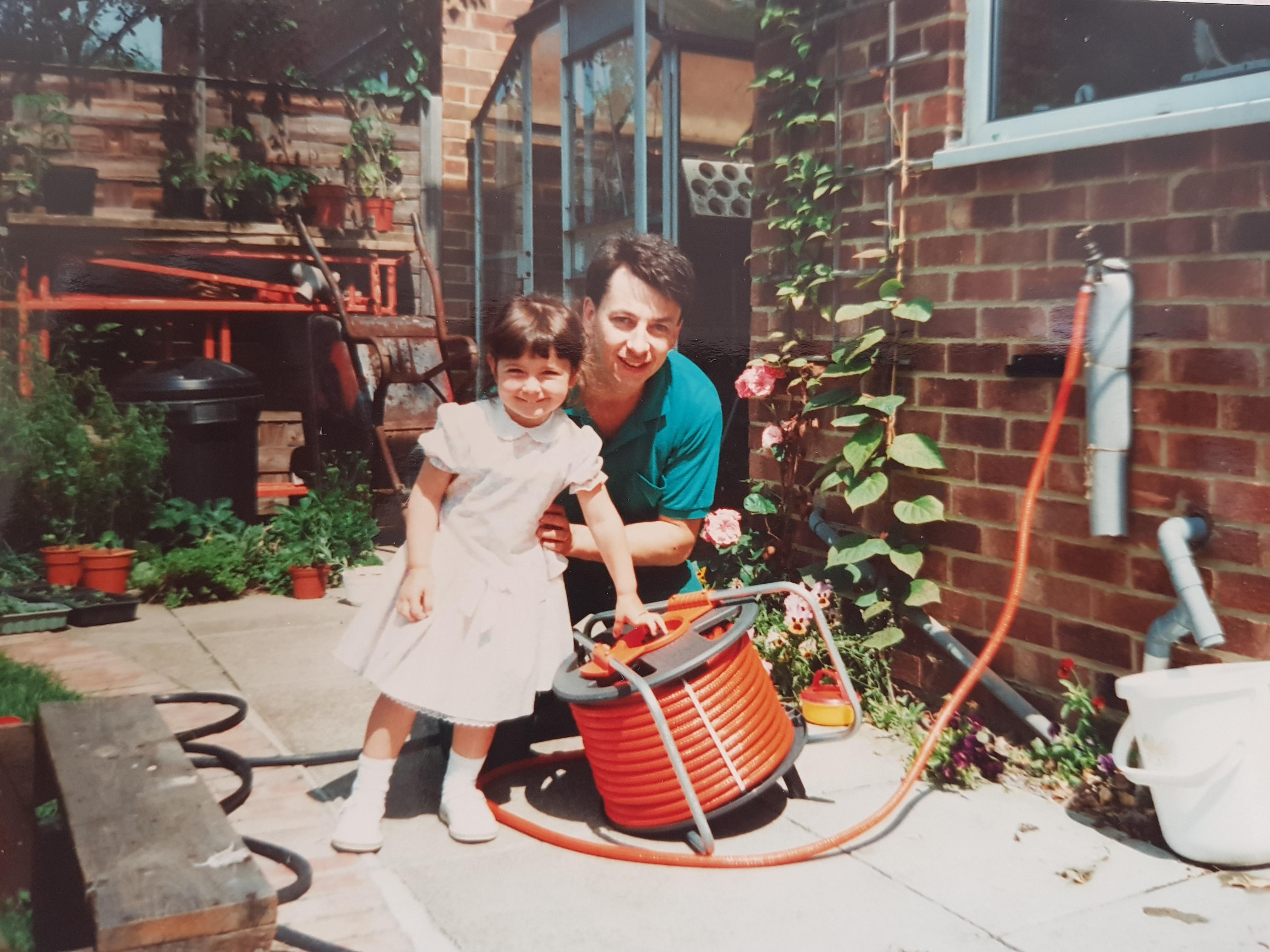 Lisa Forde 42, from Derbyshire owes her career to her dad, Uriah Ortnell Saunders, 74. 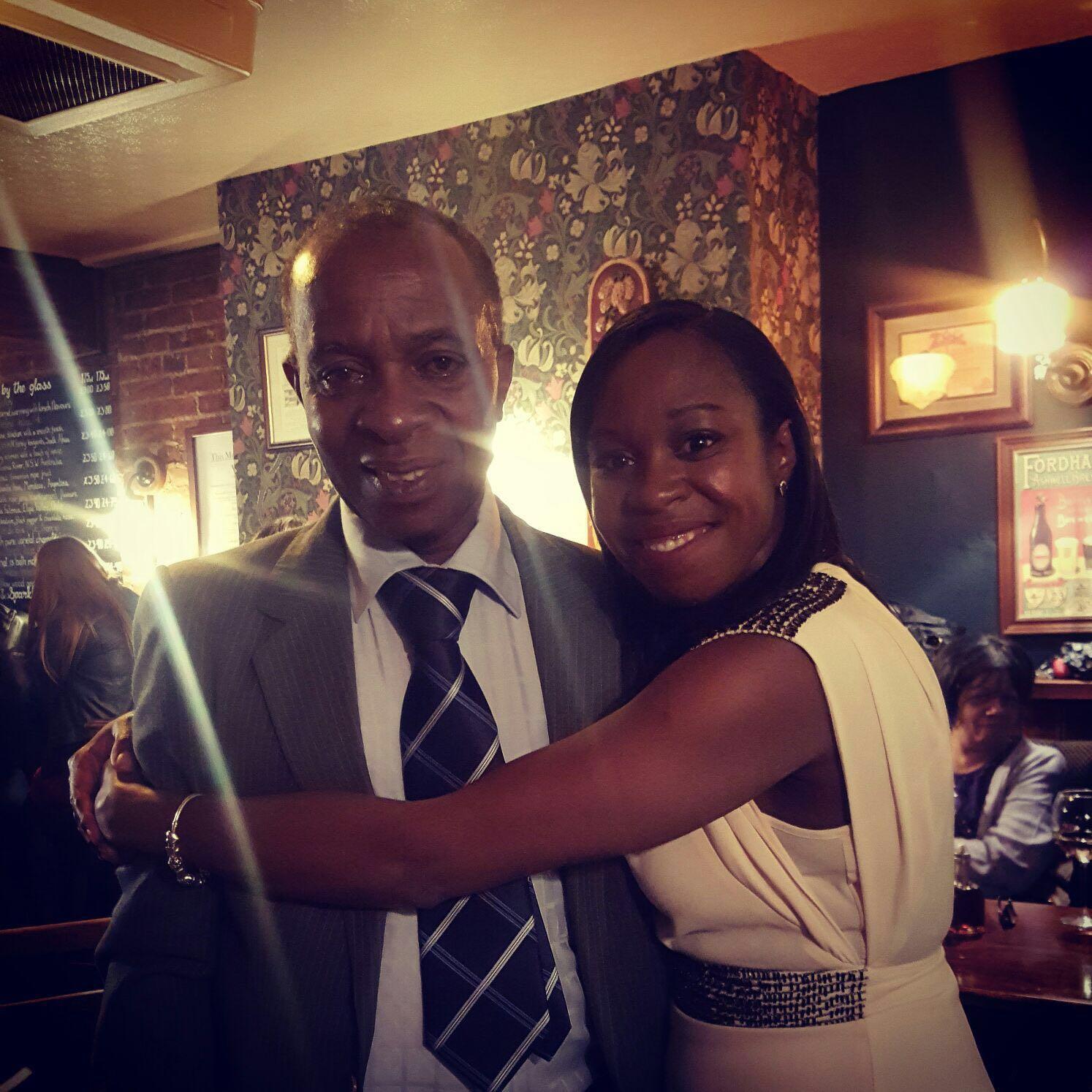 "We went from being a happy, normal family – two parents, two kids – to something very different when my mum died of breast cancer when I was 11 and my sister Tania was three.

Dad did everything super-humanly possibly to make up for our loss.

He’d wake us up, make sure we had a decent breakfast, brush and style our afro hair – not easy – run us off to school, then rush home after work, quickly cook rice and peas or jerk chicken then help with homework before settling us into bed.

We were 100 per cent his focus and he wasn’t interested in meeting anyone else after Mum, often saying he married one woman for life and that was that. 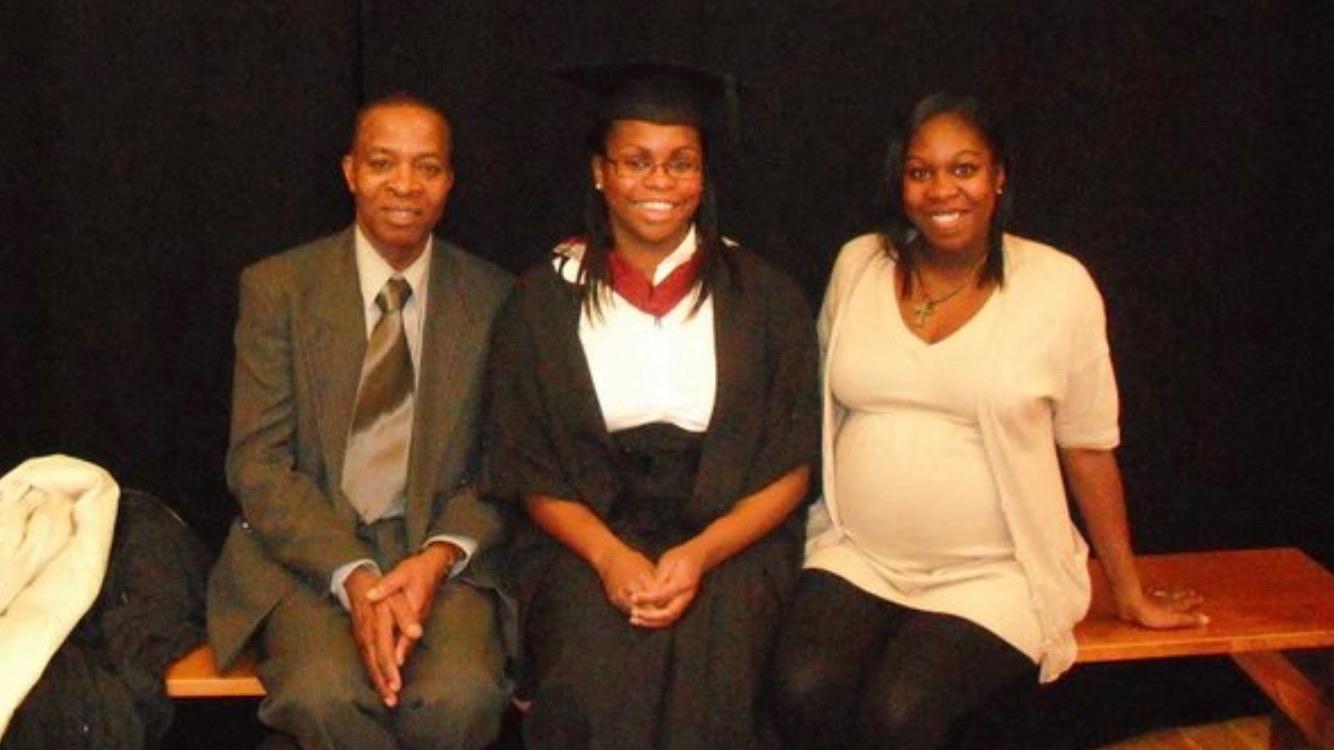 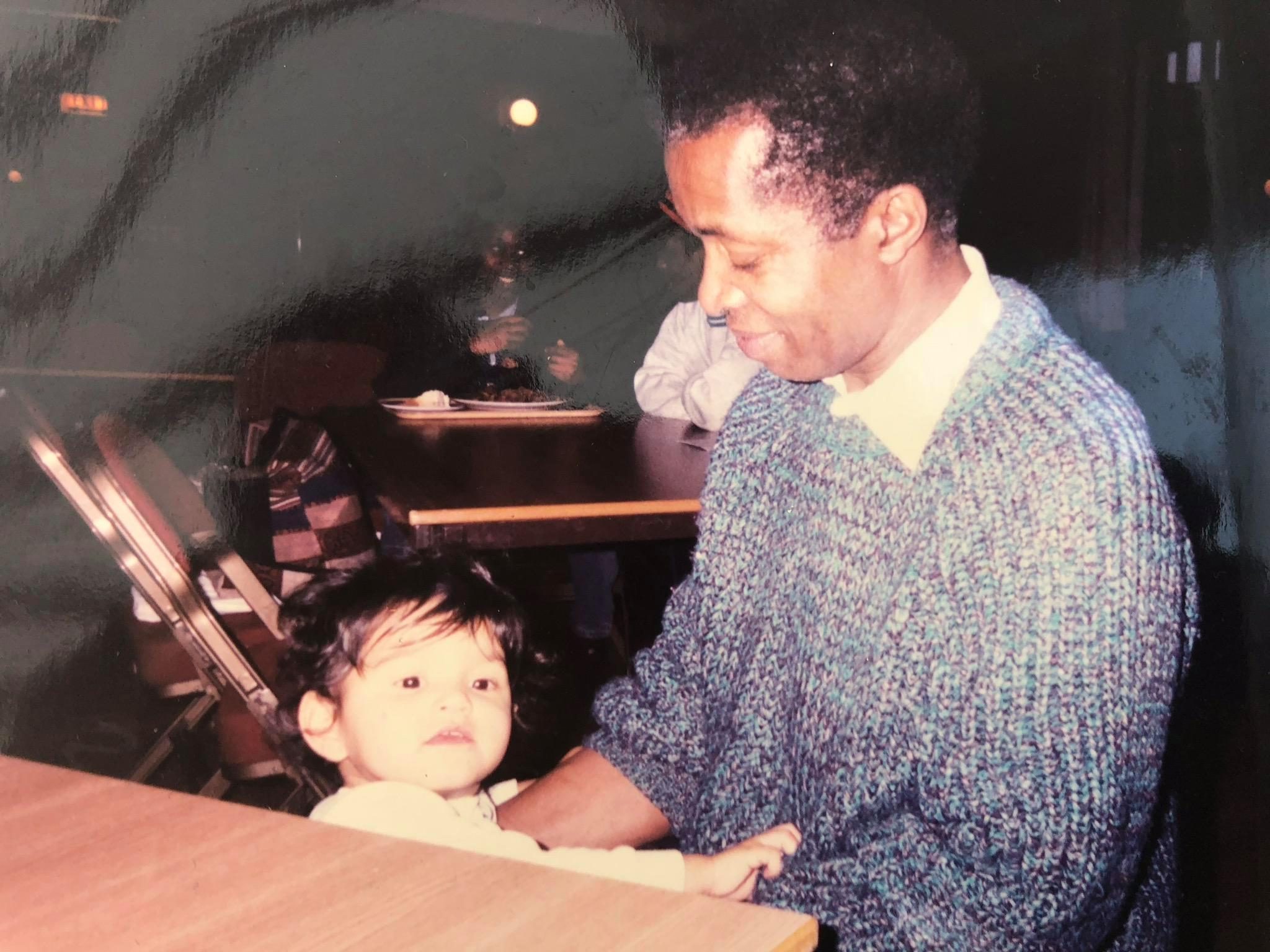 He was very strict but fair when I was a teen. I’d have to be back home at a set time and would often turn up outside the youth club to pick me up if I didn’t. It was so embarrassing!

I did push the boundaries as I got older, and would sometimes come in at 2 or 3am and try to sneak past his bedroom door without making a noise but he was always awake and I’d often hear him sigh with relief.

At 19, I fell into a relationship with someone who treated me badly. My dad tried to warn me off but I was a typical teen and didn’t listen and I ended up falling pregnant. 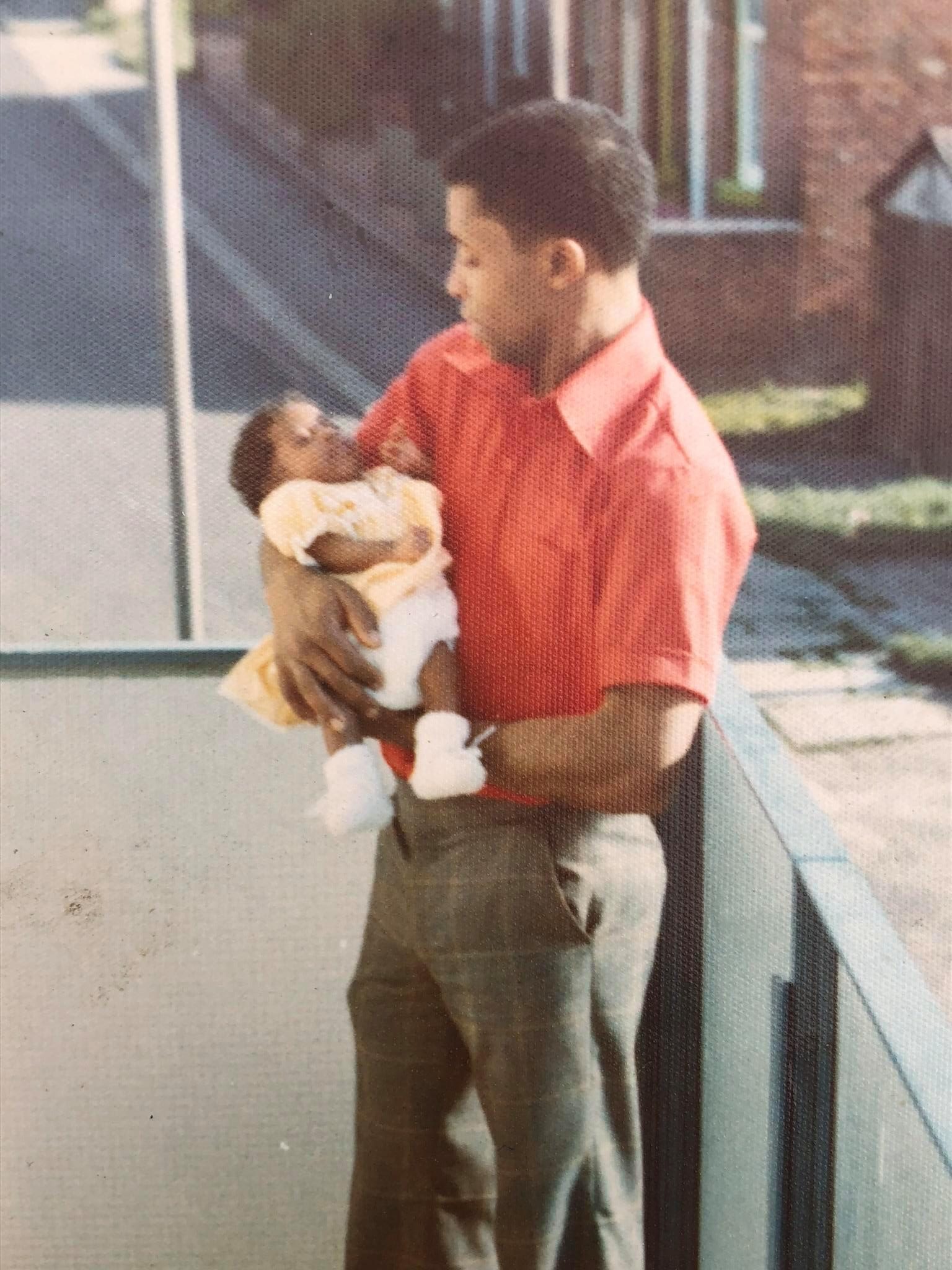 I was in my first year of nurse’s training and when the relationship ended and my daughter Chanell was born, Dad said he’d take a sabbatical from his job at the Afro-Caribbean Association to look after her.

‘This is your career for the rest of your life,’ he said. ‘Nothing is more important.’

For two and a half years he looked after her while I completed my nurse’s training, taking her shopping, feeding her, watching her take her first steps, hearing her first words, babysitting her overnight, telling me I was young and had to, ‘go out and have a social life!’ 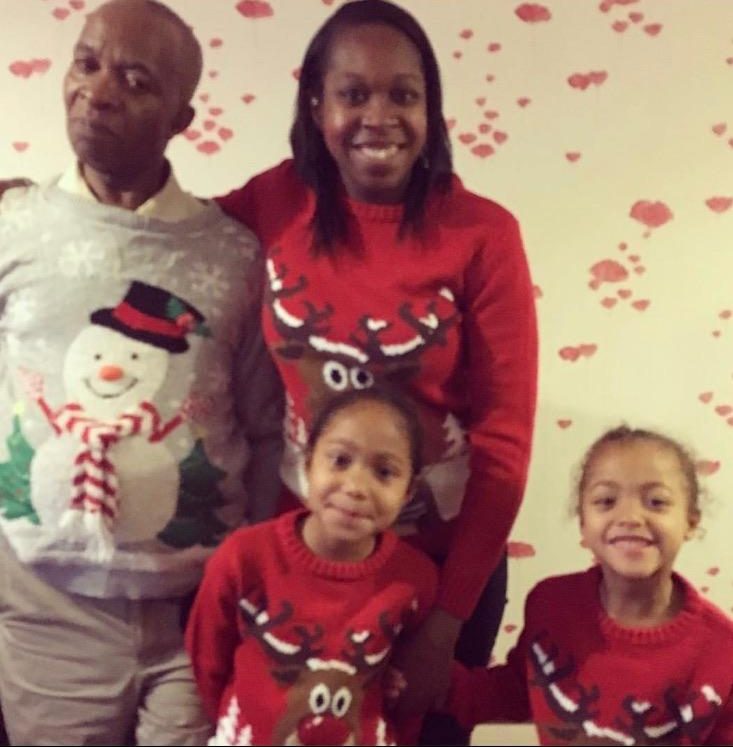 And all the while being both mum and dad to my little sister Tania too.

I’m now married to Aidan and we have 8 year-old twin girls, Lola and Erin, but my dad is still just as hands on, cooking us lunch every Sunday and insisting we bring sandwich boxes to take leftovers in.

He really is the most giving and wonderful dad and I wouldn’t have my career without him."