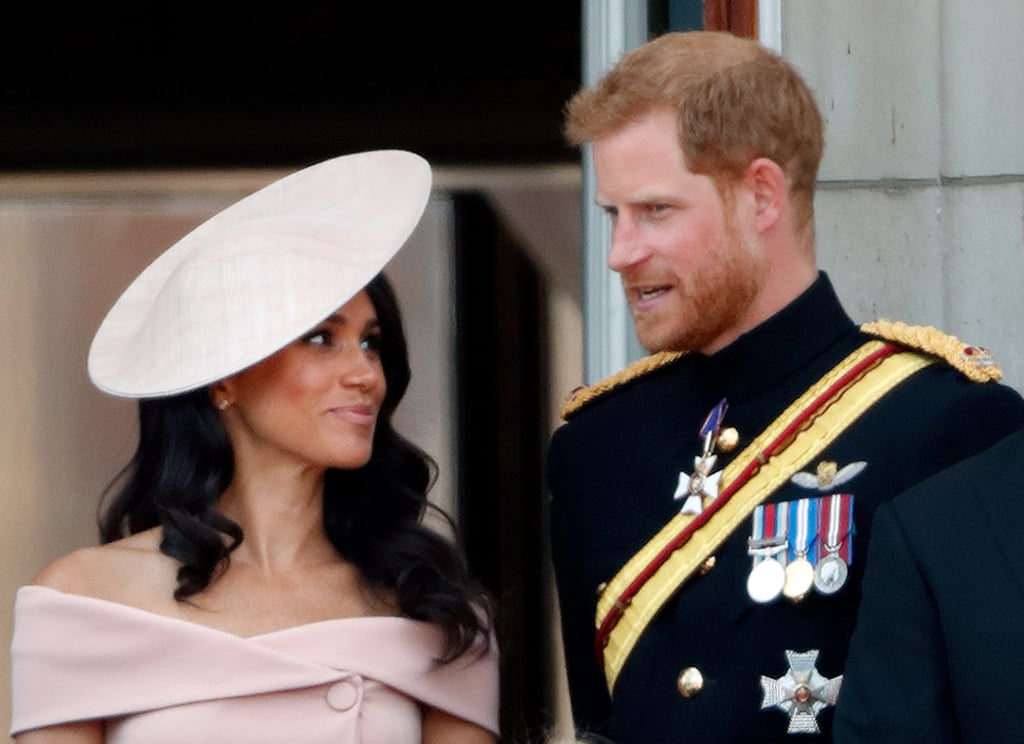 Meghan Markle might have turned to her BFF and stylist Jessica Mulroney for fashion advice in the past, but it looks like the Duchess of Sussex has a new source for wardrobe guidance: her husband, Prince Harry. That’s right, guys — Harry, being the supportive, adorable hubby he is, reportedly gives his new wife some occasional pointers for dressing like royalty. How cute is that?!

“Meghan is always asking Harry’s opinion. She really wants his views,” Elle reports. “The joke is that Harry is Meghan’s surprise stylist.” He apparently offers Meghan his opinions on “what he thinks looks best, rather than helping her follow royal protocol on hemlines or anything like that.” Though some gals may not be into the idea of their significant other imposing their fashion advice, I’m personally swooning at the thought of Harry caring enough to do so. #HusbandGoals, am I right?

The icing on the cake? Harry has also reportedly been attending appointments with the special projects team at Stella McCartney — who is responsible for designing that stunning halterneck gown Meghan wore right after her wedding ceremony — and is currently working on a few more outfits for her. “Harry always comes to design meetings and fittings to give his opinions on the looks,” Elle reports. Talk about dedication!

If the below photos of Meghan looking beyond chic at Trooping the Colour are any indication, Harry’s stylish two cents are certainly paying off so far!