A YOUNG girl is battling a rare blood cancer after doctors told her mum she was faking her symptoms.

Little Elizabeth Osborne had been screaming in agony with hip pain and her devoted mum Emma rushed her to A&E. 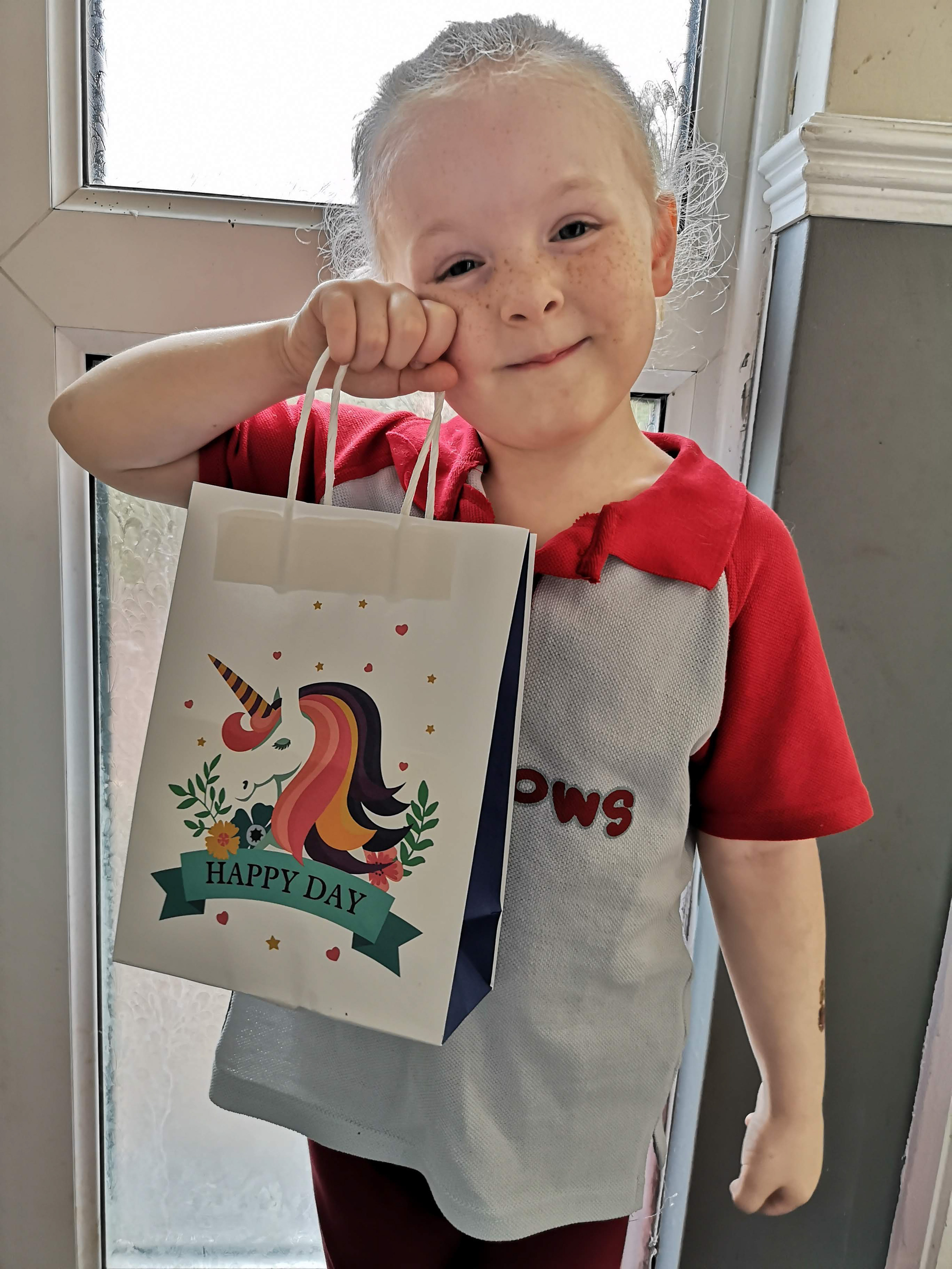 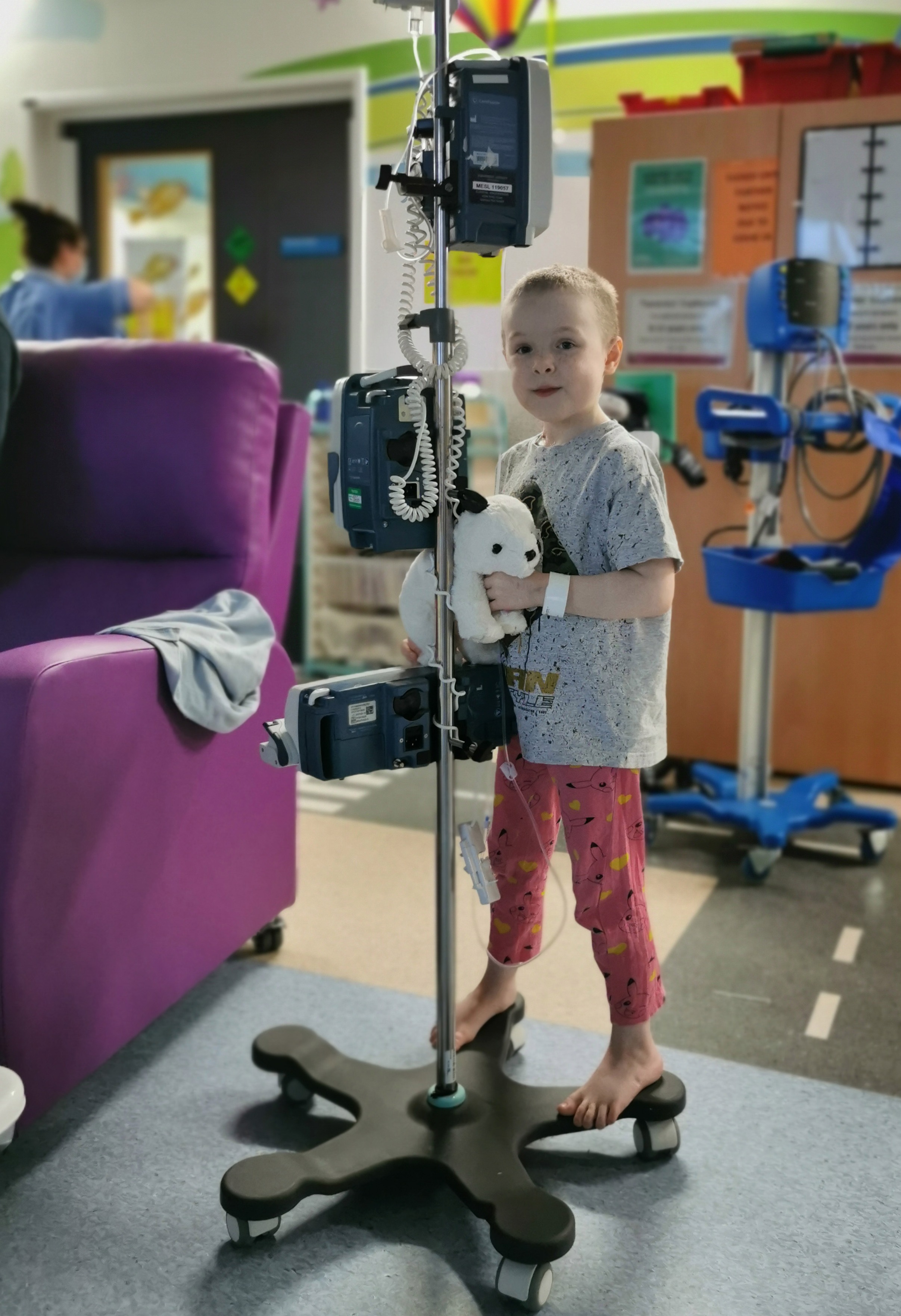 On several occasions the little girl would experience excruciating pain – and her mum knew something wasn't right.

Each time the family visited the hospital the X-rays and blood tests would come back clear and Elizabeth would be sent home and her symptoms dismissed.

In order to make her feel better after the ordeal, Emma, who lives in Beechdale, Nottingham with her family, would give her little girl a treat.

Emma claimed that one doctor told her that Elizabeth was faking her condition because of this.

Emma knew her daughter wouldn’t be faking the symptoms and when a lump appeared in Elizabeth's cheek, she again took her daughter to hospital – where she was diagnosed with a rare type of Hodgkin's Lymphoma blood cancer.

After she first presented with the symptoms in March, seven months later — Elizabeth has now started a course of chemotherapy.

A doctor in A&E told me that it was down to parenting, that she was manipulating us because we would reward her after a visit to the hospital. 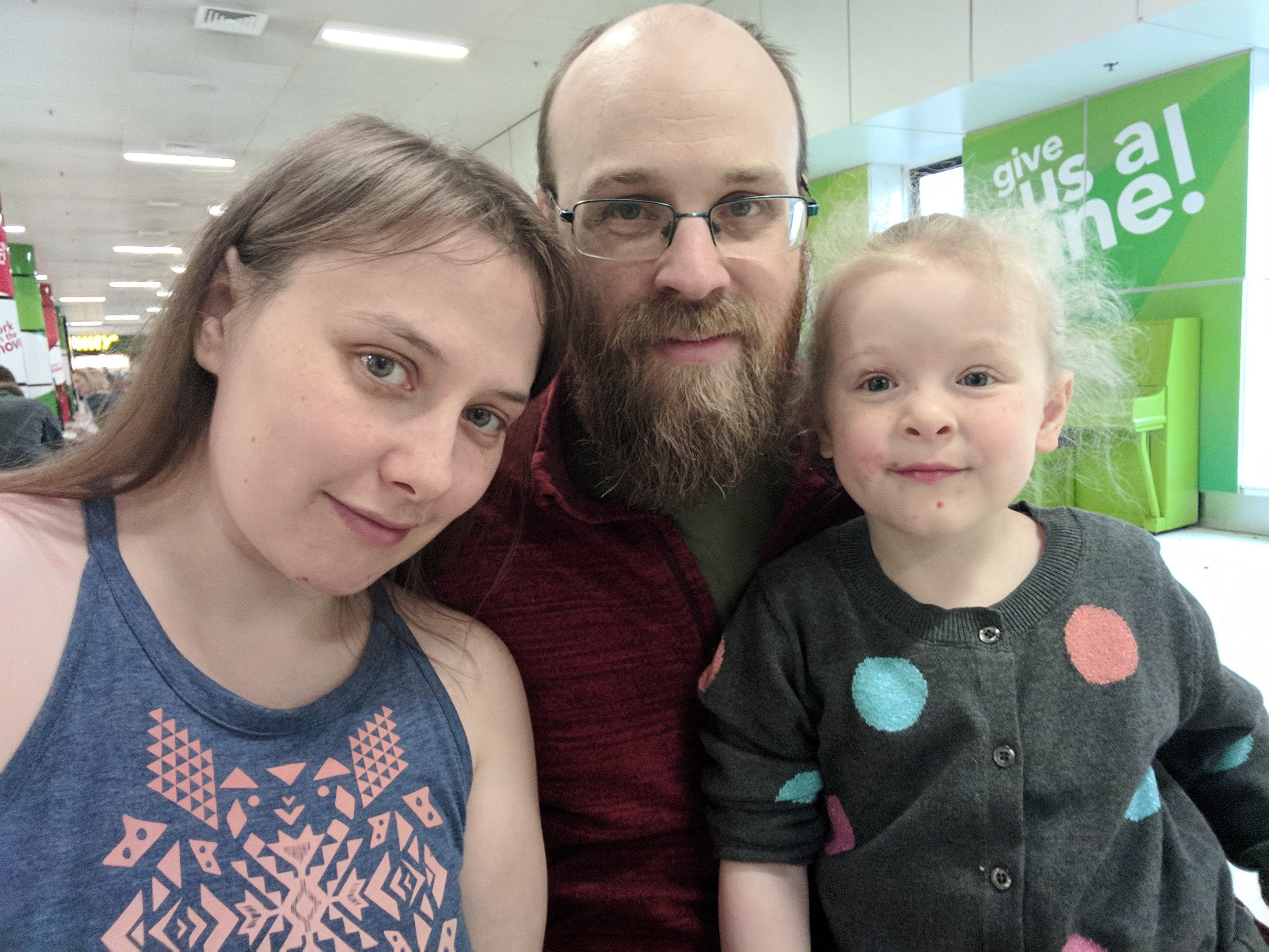 Online content creator Emma is now urging other mums to push for a second opinion if something doesn’t feel right.

The mum-of-one said it's been a terrible journey.

She said: "I hope that no other parent has to go through this.

“To think that your child is sitting with cancer in her body for seven months with no treatment is just horrific.

“I want to spread awareness to trust your instincts as a parent because you know your child the best.”

Emma said that she was angry that she fought hard for seven month with “nobody taking me seriously”.

“You just need to keep fighting”, she added.

What is lymphoblastic lymphoma?

Macmillan Cancer Support states that it develops when the body makes abnormal lymphocytes.

The cancer can develop from both B-cell and T-cell lymphocytes. Lymphocytes are white blood cells that fight infection.

The abnormal lymphocytes (lymphoma cells) usually build up in lymph nodes but can also affect other parts of the body.

It is similar to acute lymphoblastic leukaemia and is treated in the same way.

The condition is most common in kids and teenagers. 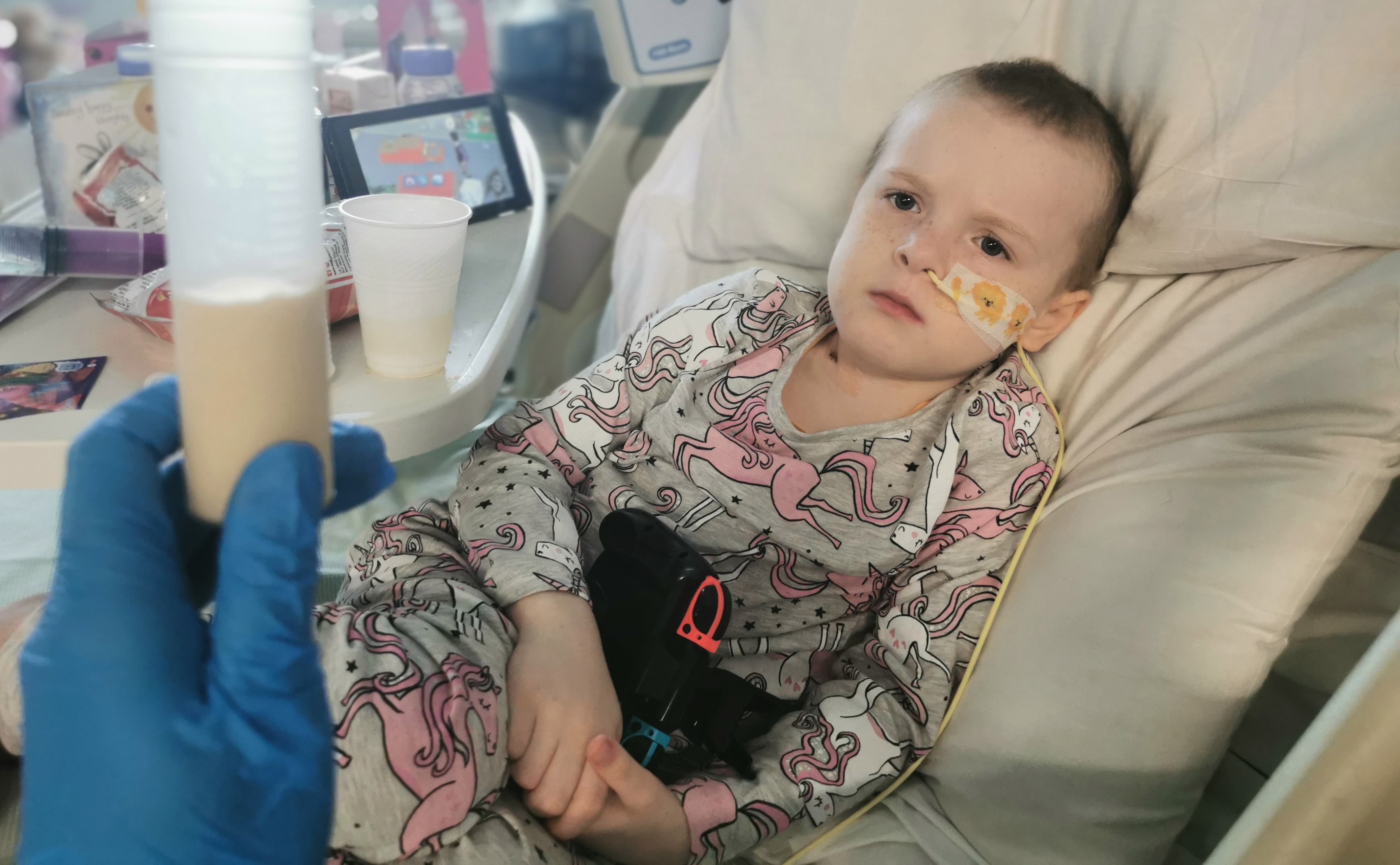 It was in March this year that little Elizabeth woke up screaming in pain.

Emma gave her some childrens’ paracetamol and a massage to ease the pain – but it only got worse.

Worried about her daughter, Emma called 111 and the operator advised her to go to A&E.

Doctors at Queen’s Medical Centre A&E in Nottingham took an X-ray and blood tests and everything came back clear.

They thought Elizabeth could have a transient hip, which is common in children and happens post-illness.

Emma suffers from arthritis and was concerned that Elizabeth was developing the condition.

Six weeks after the first visit to A&E, Elizabeth woke up screaming again – this time with a pain in her left leg.

The family once again rushed to A&E. 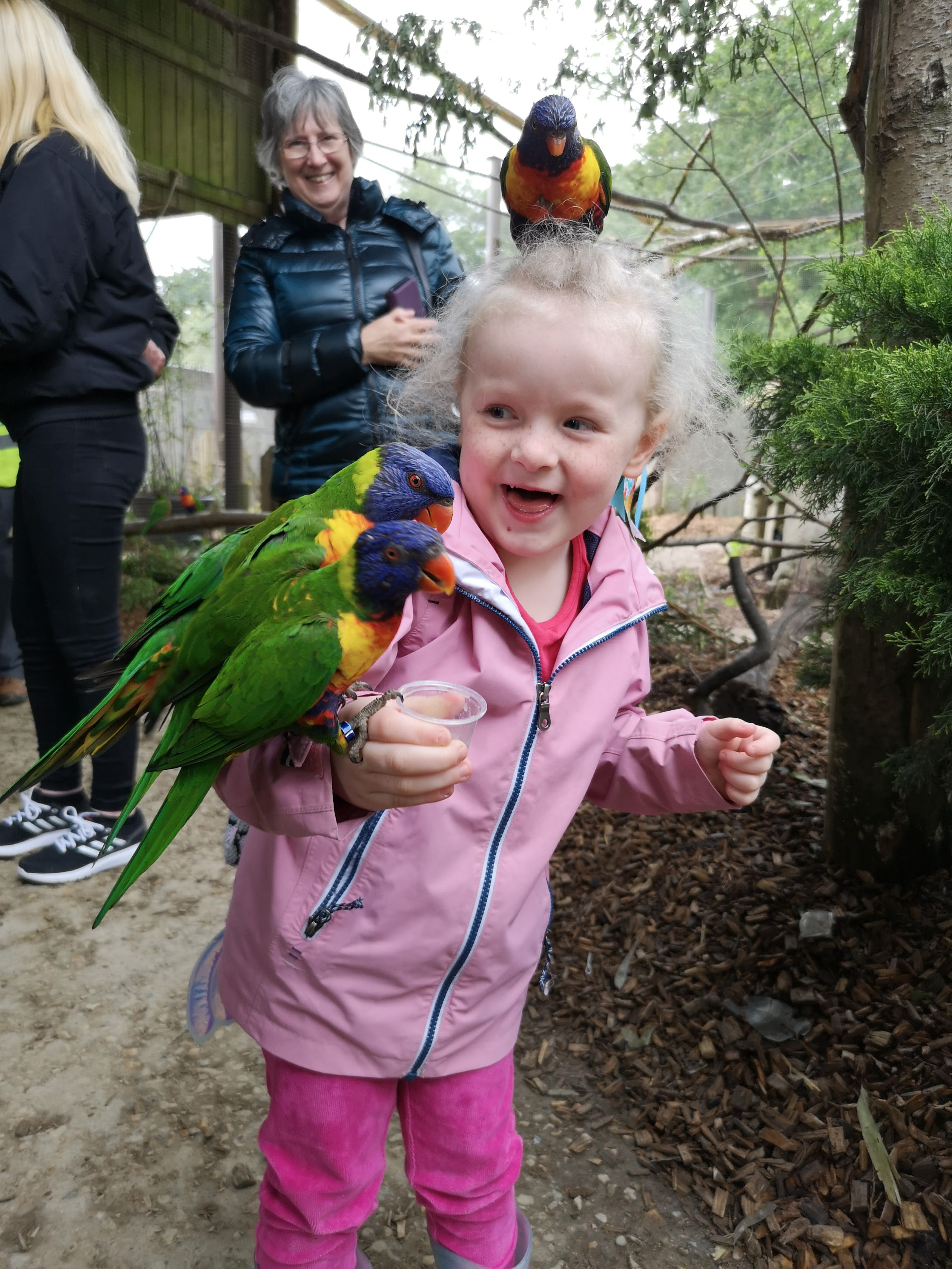 She said: “They looked over at her and said it could be growing pains so they sent us home again.

“This similar pattern went on for weeks because they said if it doesn’t get better then we should come back.

“Eventually a doctor in A&E told me that it was down to parenting, that she was manipulating us because we would reward her after a visit to the hospital.

“I was getting really frustrated because deep down I knew something wasn’t right with my child, that was deeper than what wasn’t showing up on X-rays or bloods.”

After several trips to A&E, a blood test found a vitamin D deficiency, but after an eight week course of medication, Elizabeth’s pain persisted.

In June a lump developed in Elizabeth’s cheek.

Experts thought it was a dental problem so referred the youngster to a Maxillofacial department. 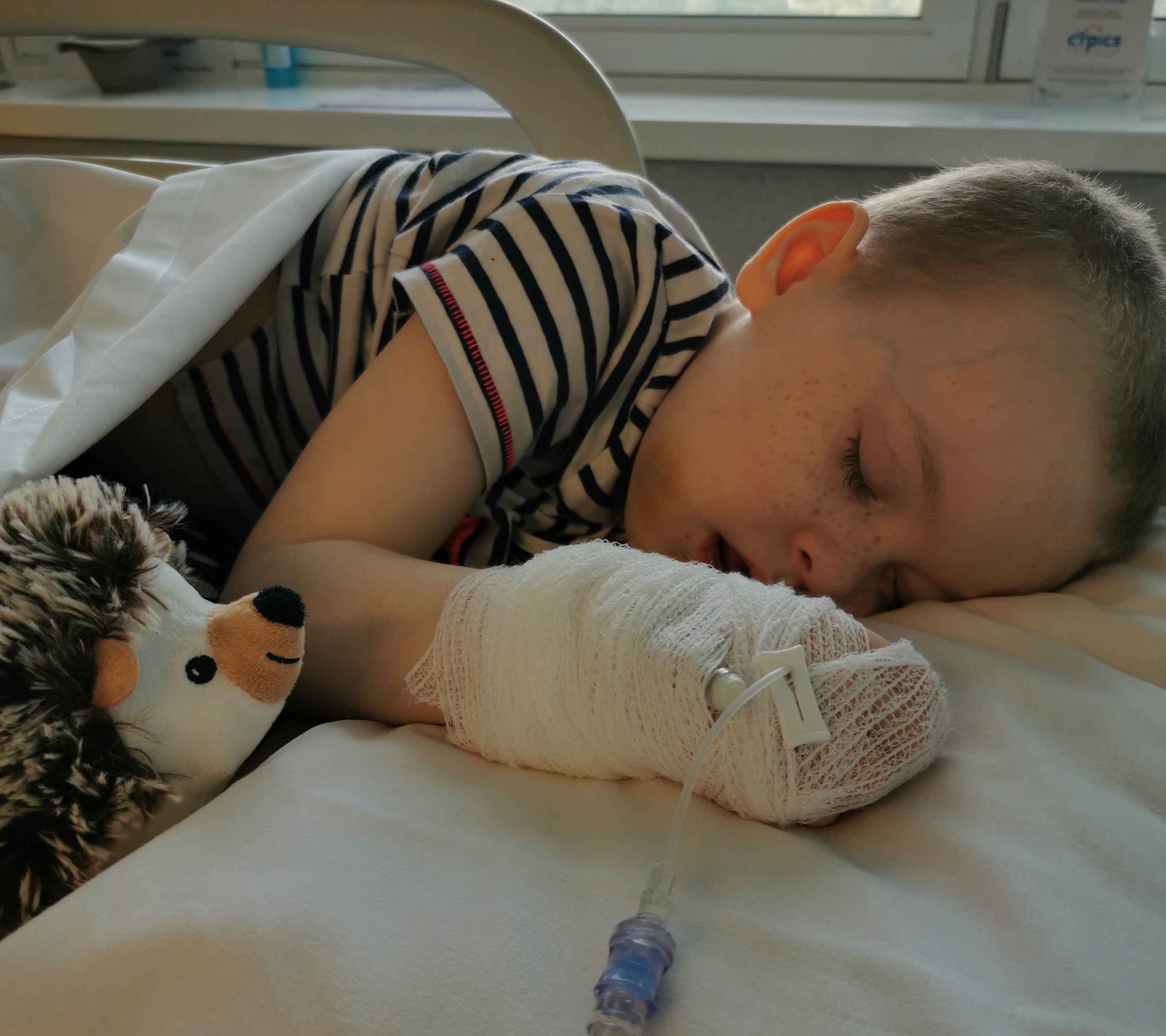 Elizabeth was soon referred for an MRI scan which found a bone abnormality in her leg, 5cm below her knee and it was confirmed she had tumours in her face, throughout her skull and jawline.

Little Elizabeth then had a biopsy of the lump which confirmed that she had a rare B-Cell Non Hodgkin's Lymphoblastic Lymphoma after a near seven month battle for answers.

On October 6, Elizabeth was finally given an accurate diagnosis and has started a two-and-a-half year course of chemotherapy.

Emma said: “She was diagnosed earlier this month and she went straight to the hospital to start chemo.

“It struck my husband pretty hard but I was somewhat relieved now that I had answers to my instinct that I knew something was wrong with my child.

"We're really grateful to the doctors who helped get things rolling immediately as the results came in.

“Now we can work towards getting her better.” 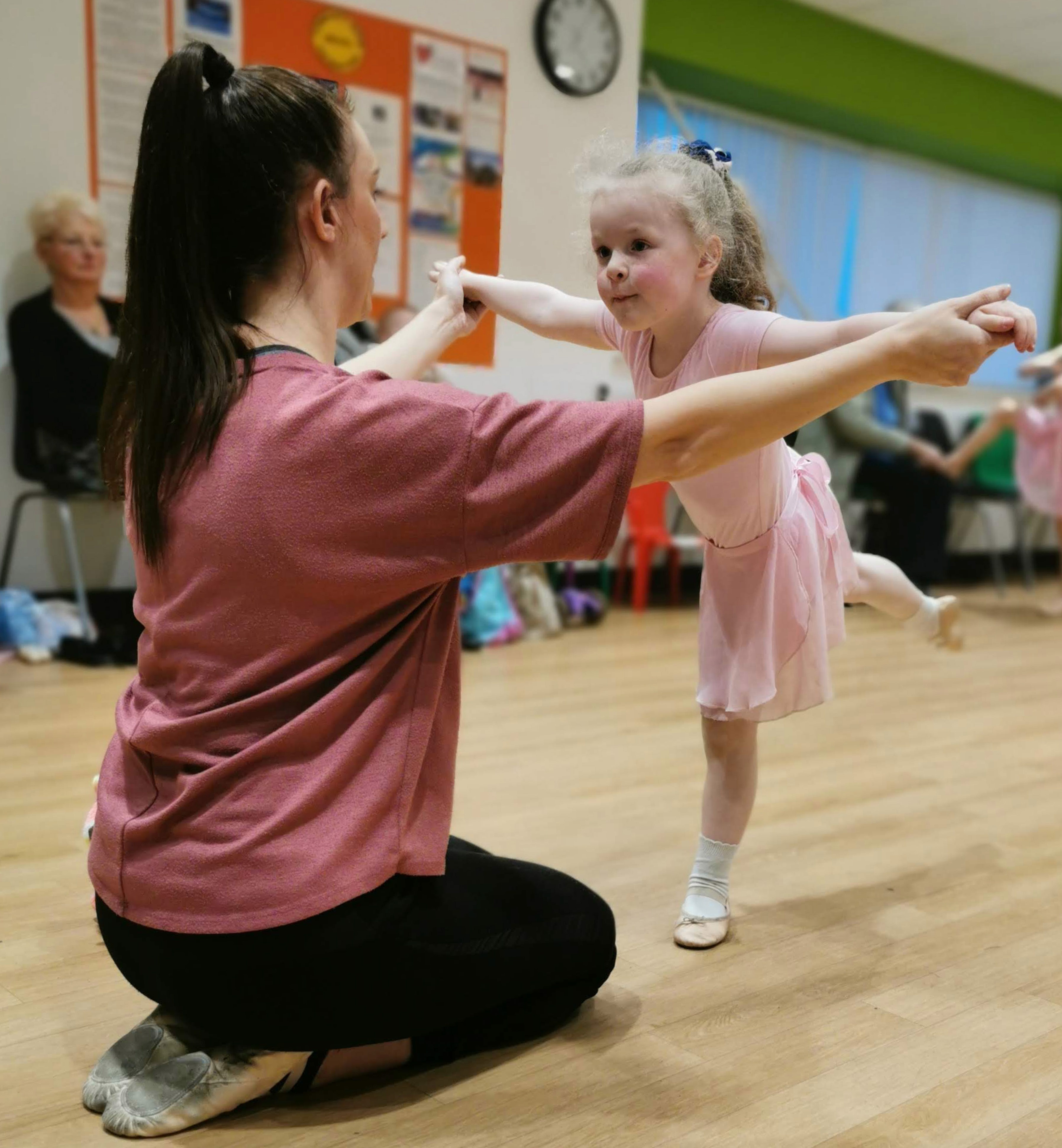 The family are now raising money so that their little girl can continue her hobbies of dancing, video games and Brownies while receiving treatment.

Emma added: “She loves to game and she has a little computer at home which isn’t great but it lets her play games and hang out with her friends.

“While she’s going through her treatment, we thought it might be nice to go through it with the laptop so she can keep up with her friends and dance classes.

“We also want to be able to give her clubs a device to help them transmit the classes for her to her to join in.

“Her journey is a long one so we want to get her to feel as though she’s connected to the world outside the hospital for her mental health.

“We want it to feel like her life hasn’t stopped just because she’s in bed on chemotherapy.”

A spokesperson from Nottingham University Hospitals Trust, said: “We are sorry if Elizabeth or her mum felt her concerns were not listened to.

"Sadly childhood cancer can be very difficult to diagnose, especially with a very rare form such as this, and medical staff often need to carry out numerous tests to rule out other conditions before arriving at a diagnosis.

"We wish Elizabeth a swift recovery and strongly urge people to ensure they contact a doctor if they think there is something wrong with their child, themselves or a loved one."