NUMEROUS women have slammed a mobile hairdressing company for fitting hair extensions that “left them in pain” and made their hair a “straggly mess”.

Irate women have blasted the service they claim they received from Lux Extensions, based in the north west of England – with one saying she was left with metal sticking out of her roots. 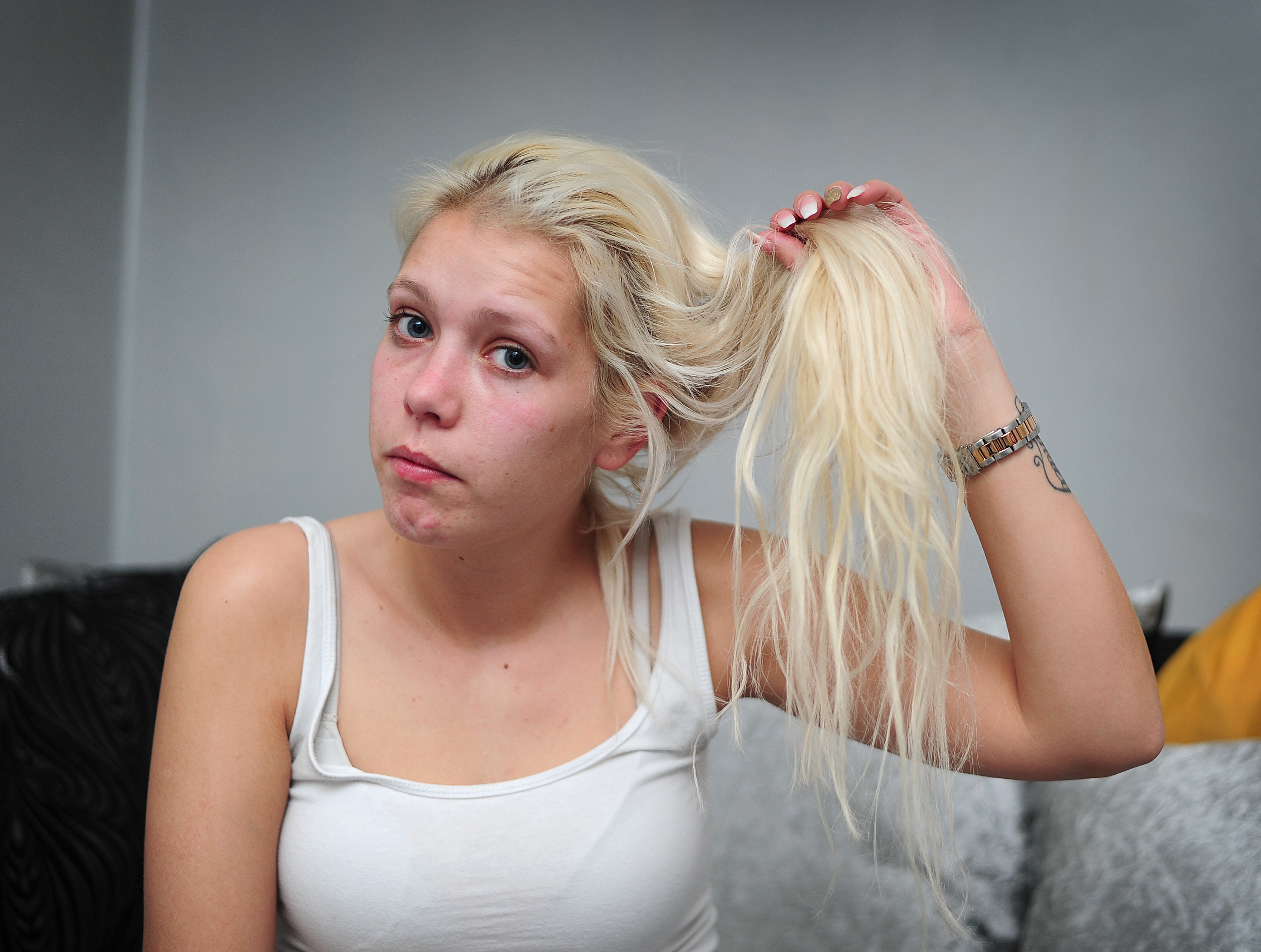 Despite women criticising the quality of hair extensions and claiming their hairdresser failed to fulfil paid-for appointments, Lux Extensions have denied the claims.

The hairdressing business says customers have blackmailed them for refunds and say they are now at the centre of an online slander campaign.

One woman who claims to have had a bad experience with the company is Mairead O'Hare, from south Manchester.

She told the Manchester Evening News that she paid £240 to have extensions fitted on February 19 this year. 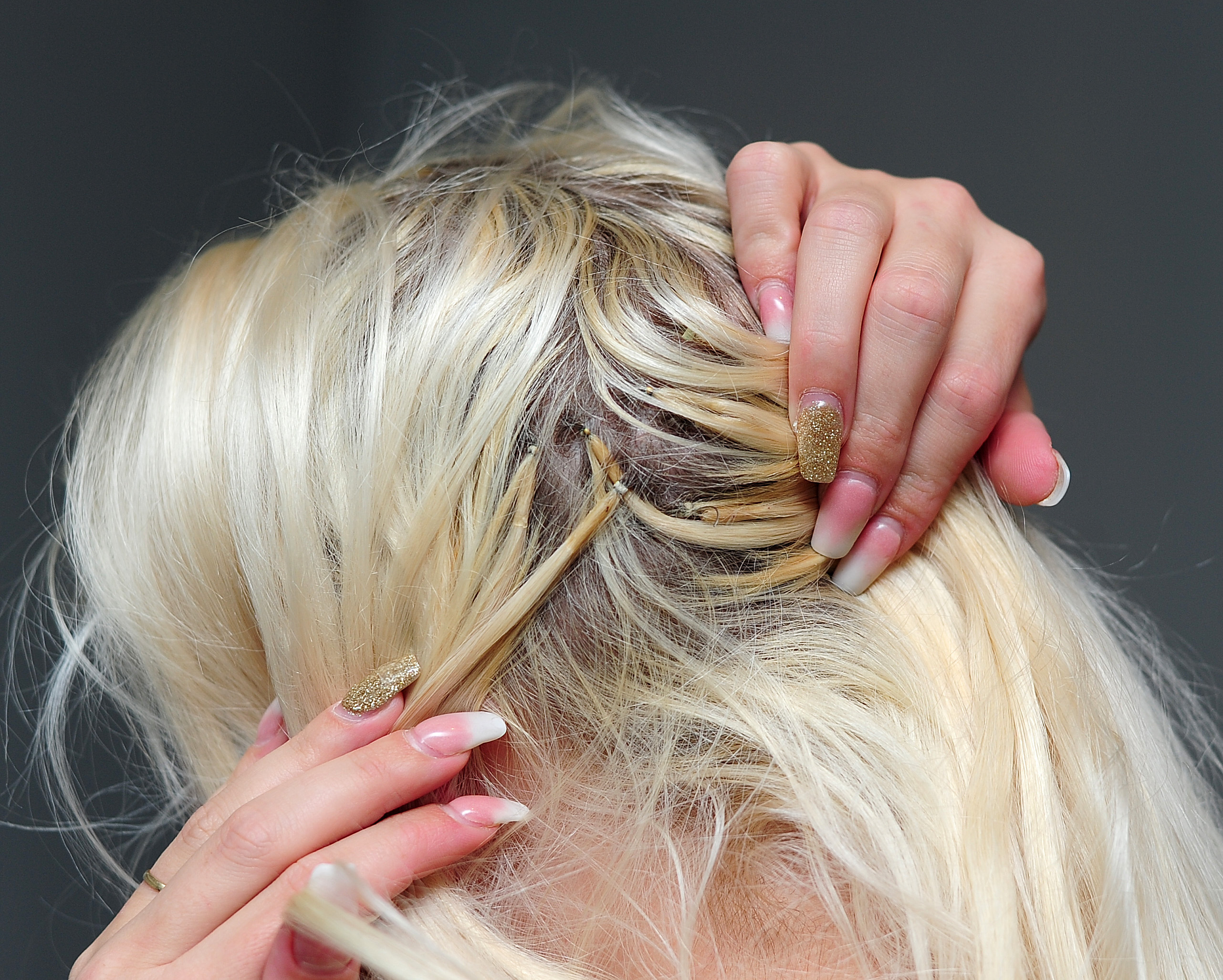 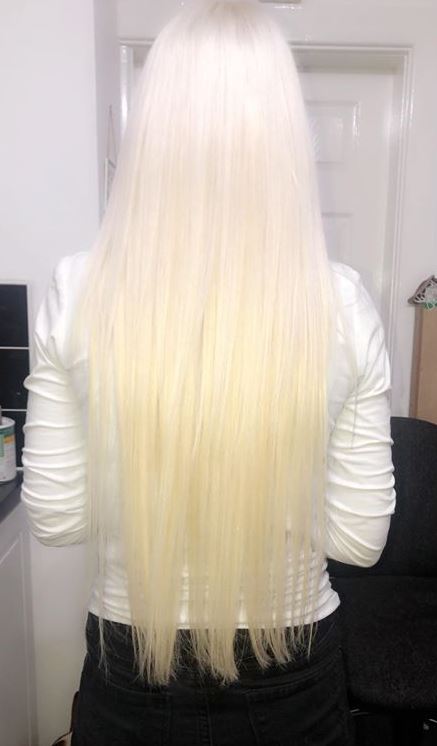 The hairdresser is said to have visited a week before the fitting to colour match the extensions, and then the appointment took place.

Several days later, Mairead claims the hair had become straggly and there were bits of metal sticking out of her roots.

She said: “I was messaging her and said I need to get them out, they are hurting. There are metal bits coming out at the bands where they are put in. She replied saying when are you free.

"I have been messaging her, she is just ignoring me. I said I want my money back. She has not been professional at all. My hair has gone straggly at the ends. I am getting it removed from a hairdresser, someone else has to take it out.

"My hair is a mess all of the metal pieces are sticking out. My head is so sore." 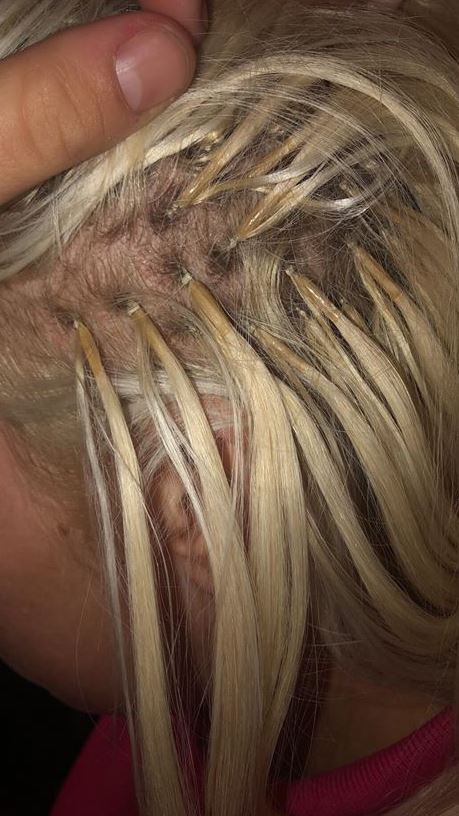 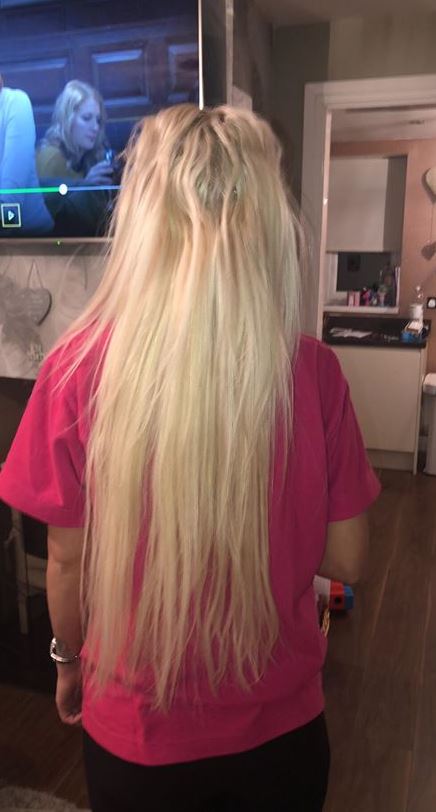 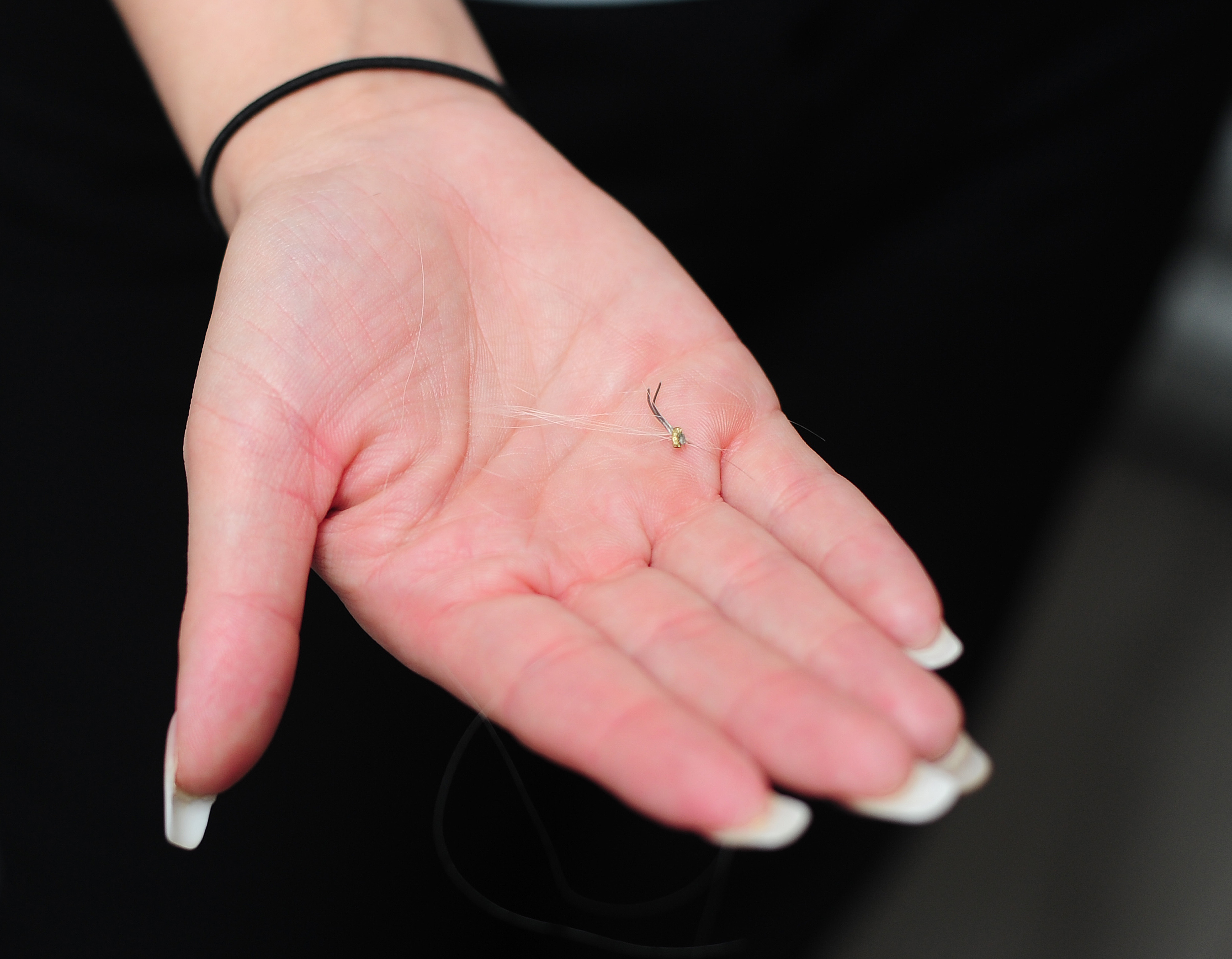 Another customer who allegedly had another negative experience was mum Kirsty Martin, 23, from Bolton, who wanted to get her Lux Extensions refitted for Christmas.

Kirsty said she paid a deposit of £110 ahead of her appointment, which was due to take place two weeks later on December 20.

She said the hairdressers cancelled just before the session and asked to reschedule.

Kirsty was unable to provide another date before Christmas as she was so busy, so she asked for a refund.

Although the hairdresser is said to have agreed, Kirsty, who is on maternity leave, claims she still hasn’t received the money. 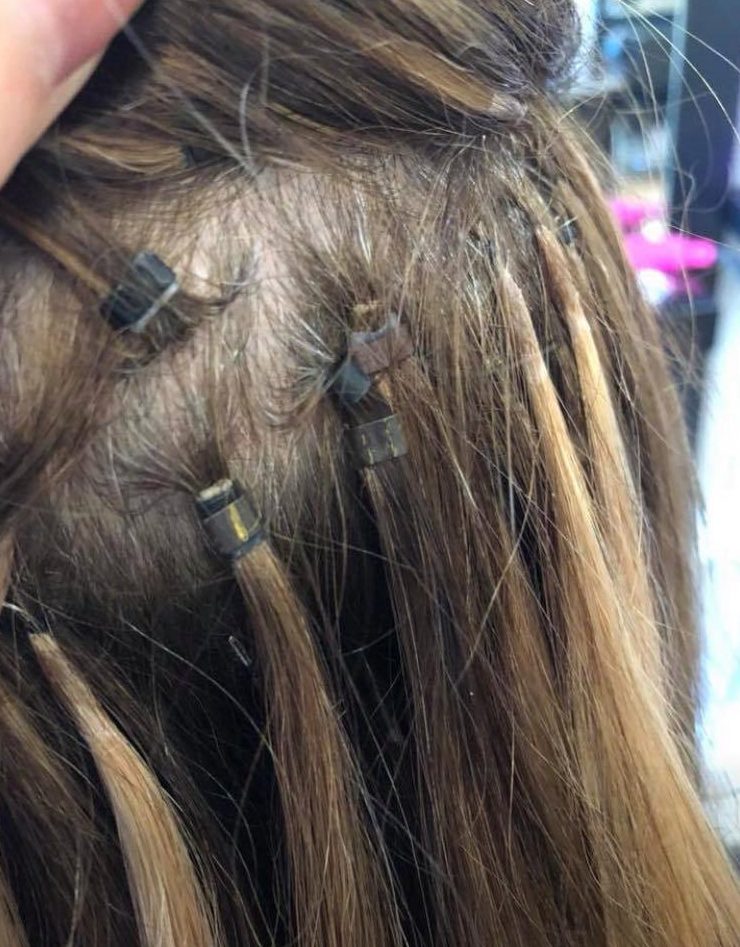 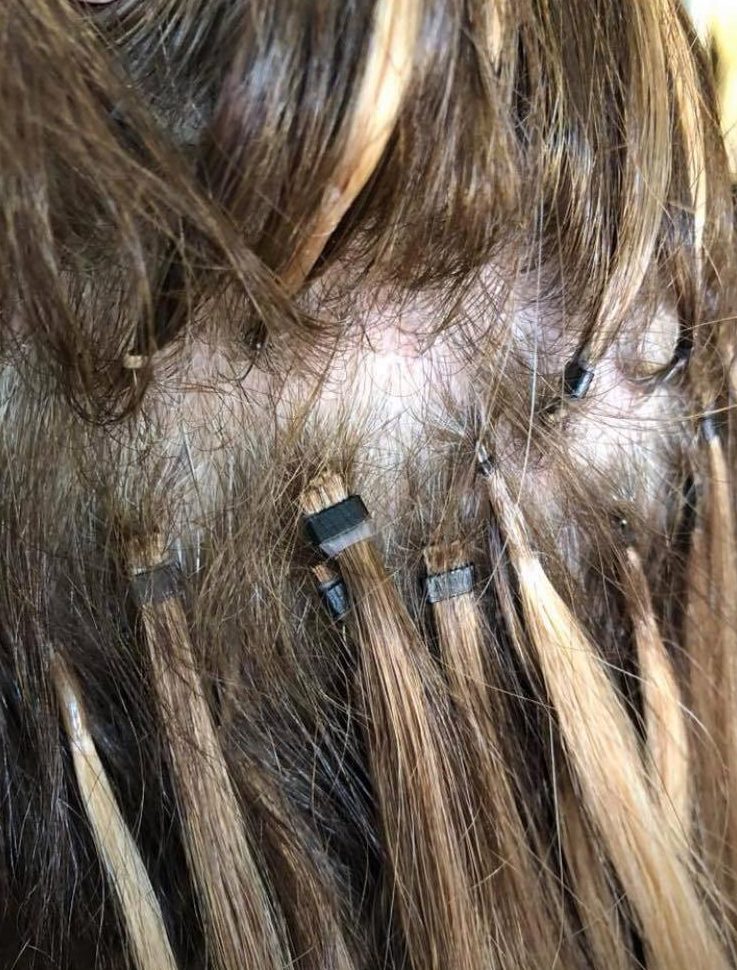 She paid £200 for brown and blonde locks to match her highlighted hair, but when the hairdresser arrived, Louise said the blonde shade was far too bright for her hair.

Louise agreed to just have the brown extensions fitted, and to have the blonde ones added later on.

The angry customer said that Lux Extensions never returned to fit the blonde hair, and her brown extensions were fitted in messy rows with rusty wires sticking into her scalp.

She also says she hasn’t been refunded for the blonde extensions.

She said: “She started to cut the extensions with what seemed to sound like a pair of kitchen scissors and then I felt the hair it was horrible I asked why it felt like this she said it had a coating on it and the hair was Brazilian hair, it would be fine once washed.”

Lux Extensions told the Sun Online that the claims are “false and fabricated in a scheme to try and extort funds from us”.

A spokesperson from the company commented:  “Unfortunately our business has been victim to blackmail and a malicious attack. There is an ongoing investigation into this.

“It has been started by one individual, who has never used the services creating an online group and targeting our customers.

“Sadly, out of hundreds of happy customers this past 12 months alone a small handful of them have been drawn in by the possibility of financial gain.

“It’s been a very difficult and stressful time for us, however we would like to thank our regular and new customers for their continued support.

“As always we are sure Lux Extensions will continue as a successful business offering quality and friendly services and the individuals involved will suffer the consequences of this awful attempt.”

Love Islanders are LOVING cheap hair extension tapes.. but here’s the harsh reality of what they do to your hair.

From bald patches to brittle breaks – stars including Kim Kardashian and Chloe Ferry reveal the painful truth about hair extensions.

Meanwhile, Sophie Kasaei experienced traction alopecia from the extensions causing a sustainted tension on the scalp of her hair.