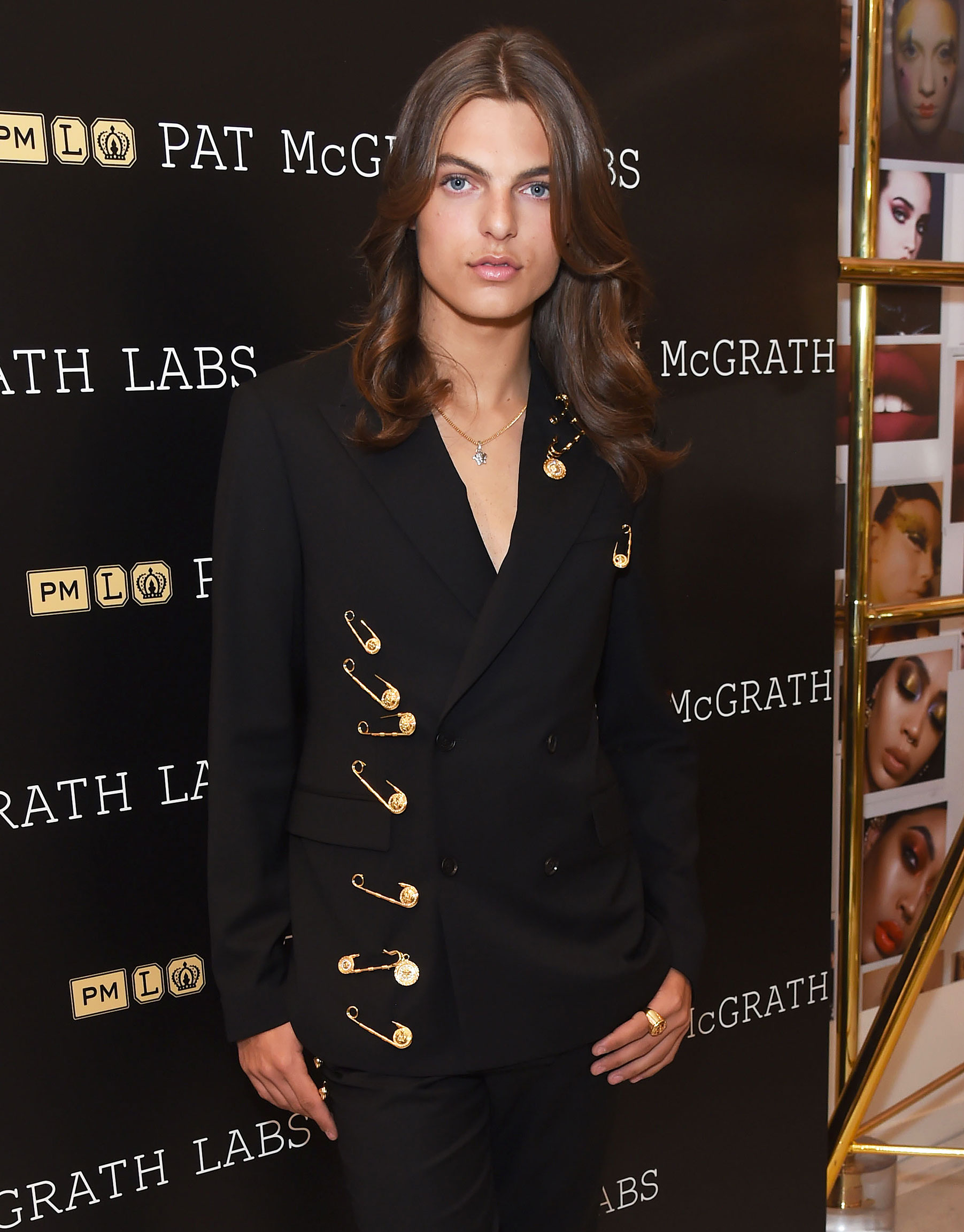 Elizabeth Hurley’s son, Damian Hurley, is the spitting image of his mom circa the early ‘90s, and besides her good looks, he’s inherited her fashion sense, too.

Not only are his long shiny locks as luscious and beautiful as hers, but he even wore an ensemble that was inspired by an iconic look of the supermodel’s.

On Thursday, July 25, the 17-year-old model attended a photocall for Pat McGrath Labs Sublime Perfection: The System, donning a black blazer that looked quite similar to his mom’s golden safety pin Versace dress.

For a little refresh, the OG English supermodel stunned in super sexy number at the premiere of Four Weddings and a Funeral in 1994. The British beauty made this piece famous as she walked the red carpet on the arm of then-beau, Hugh Grant. The look caused a bit of controversy, with many claiming thinking it was too revealing for the event. Hurley clapped back, responding, “Unlike many other designers, Versace designs clothes to celebrate the female form rather than eliminate it.” 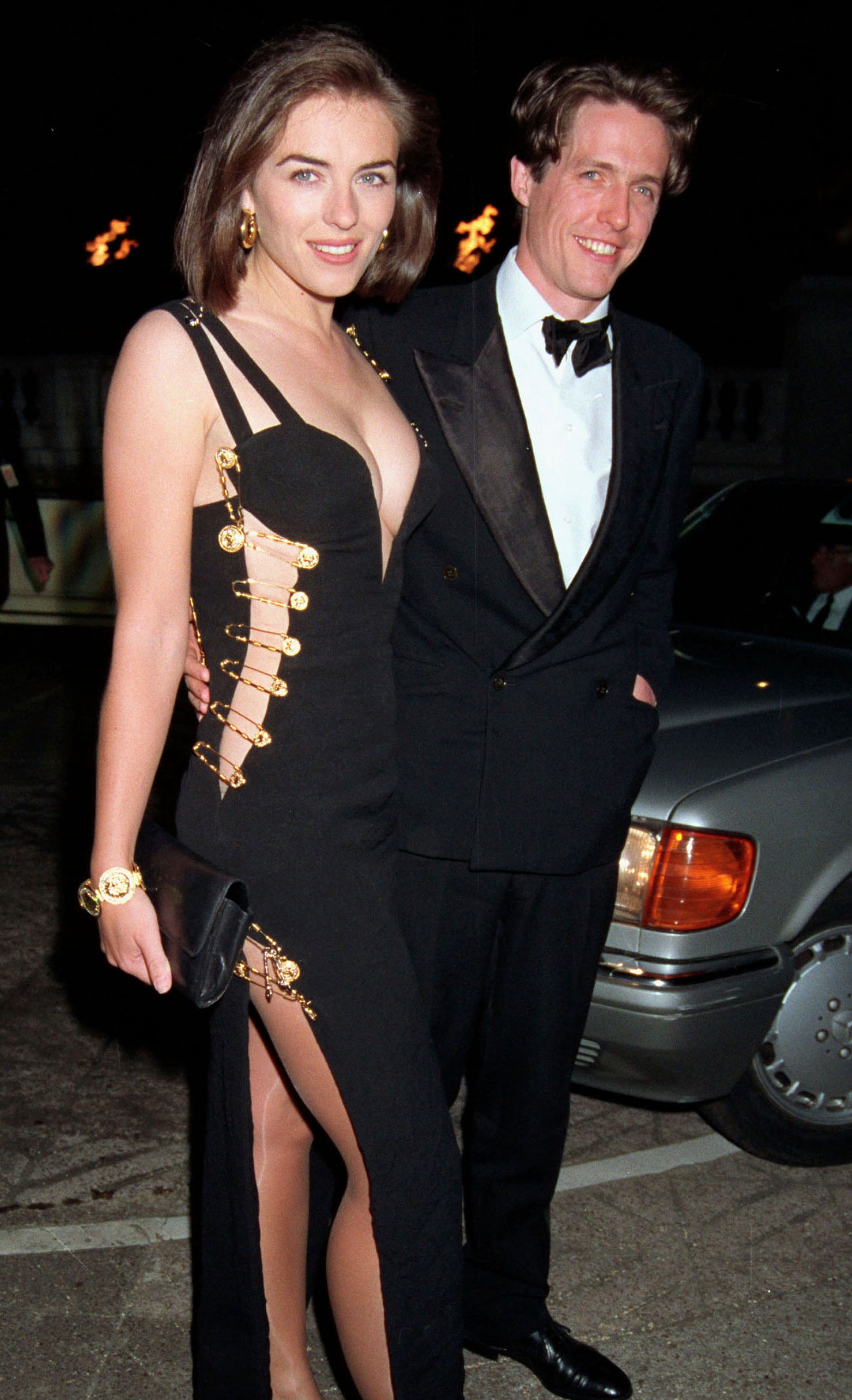 In fact, she was thrilled to wear the dress, explaining that it was given to her as a favor from the designer. “Because I couldn’t afford to buy one,” she said. “Hugh’s people told me they didn’t have any evening wear, but there was one item left in their press office. So I tried it on and that was it.”

Since breaking the “safety pin barrier,” so to speak, many more celebs have worn this legendary gown, most noteable Lady Gaga who was spotted in London wearing it in 2012.

Thursday was the second time Damian has publicly channeled his mom, becoming her mini-me. For the new Pat McGrath campaign, the up-and-comer wore his hair with teased-out volume, and donning a leather jacket and white t-shirt for a look that called back to his mom so strongly, we had to do a double-take.