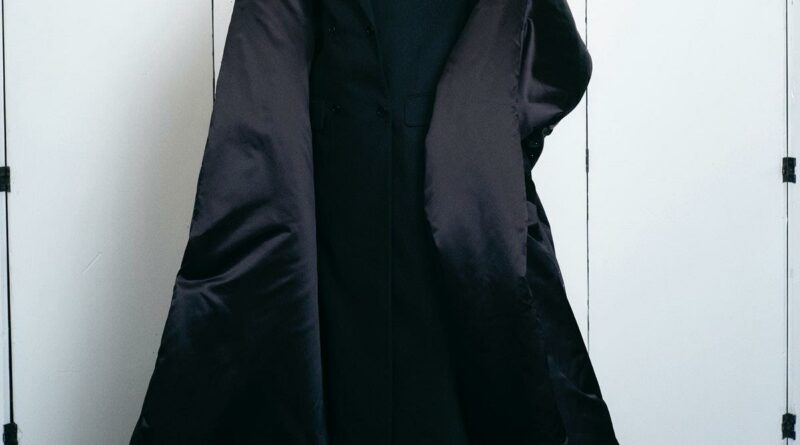 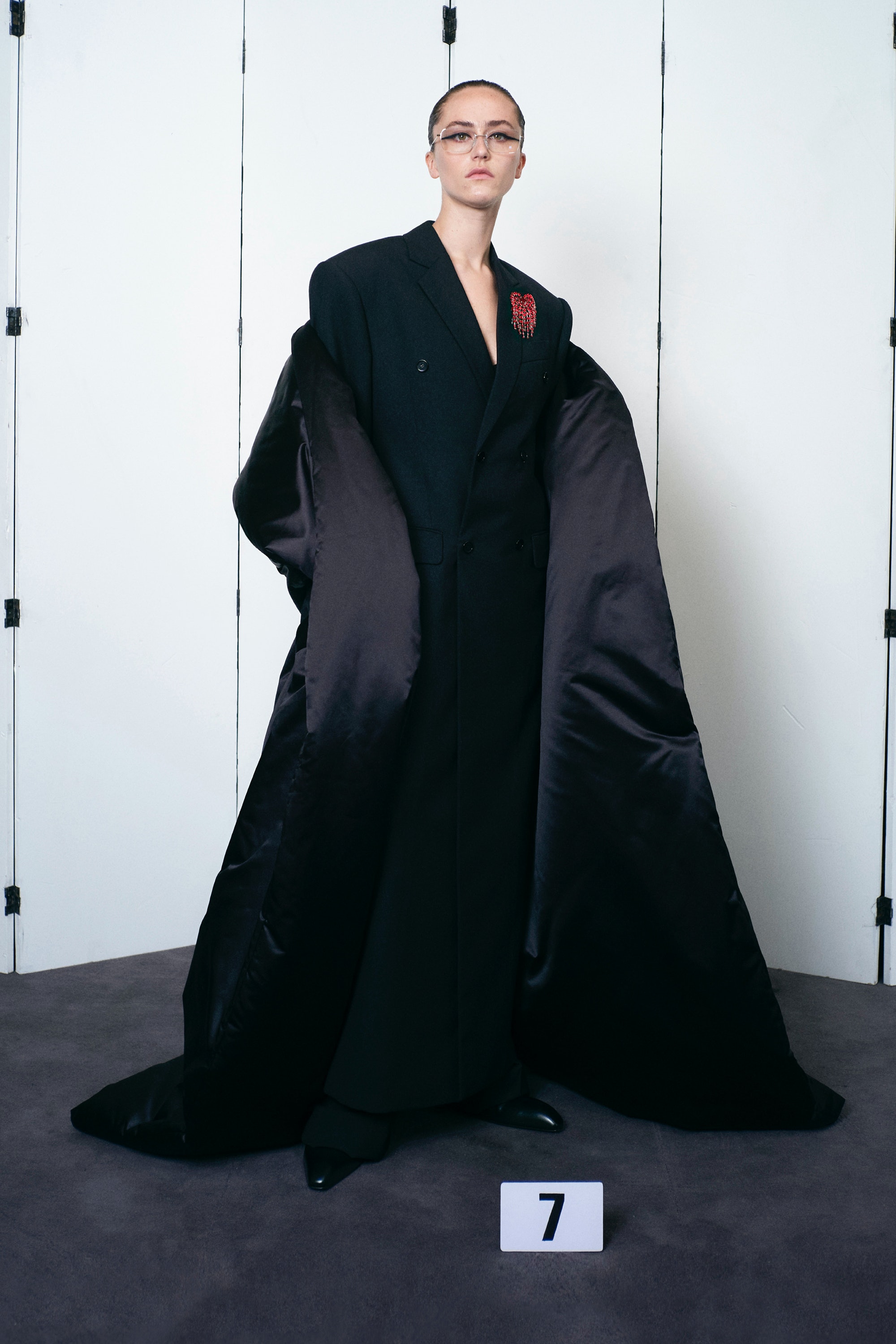 Whether at Vetements or Balenciaga, Demna Gvasalia has never been one to do things subtly. And while he refrained from his usual trolling while making his couture debut on Wednesday, he still made the biggest splash yet at an action-packed Paris Couture Fashion Week, drawing the likes of Kanye West, Ella Emhoff, and Bella Hadid.

As Virginie Viard did with Coco Chanel the day prior, Gvasalia paid a series of homages to his house’s late founder, Cristóbal Balenciaga. In a letter signed “Love, Demna,” Gvasalia explained that he felt it was his “creative duty” to bring couture back to the century-old Maison for the first time since 1967 when Cristóbal left the industry. Traces of his archives were everywhere, whether in the silhouettes or details like hand-embroidered polka-dot chiffon.

There were explicit references, too: The final veiled bridal look directly referenced one Cristóbal presented 54 years earlier. Gvasalia even embroidered “C.B.” on leather gloves, poplin shirts, and other definitive features of his forebear’s personal style.

Of course, Gvasalia took care to freshen things up, too. Whereas most designers use polyester or acrylic to construct faux fur and feathers, he painstakingly crafted a type of silk thread embroidery that moved just like the real thing when models silently glided down the runway, posing with traditional salon-style number cards. As for the faux crocodile, it apparently took thousands of hours to make via a computer program before it was pieced together by hand.

Gvasalia never disappoints with his casting, which is where Emhoff comes in. The stepdaughter of Vice President Kamala Harris’s appearance marked her highest-profile modeling gig to date since signing with IMG. The front row had special guests, too: It’s hard to tell with his fully obfuscating facial coverings these days, but among them appeared to be Kanye West. Whoever it was, anyway, also wore Yeezys, and what definitely resembled another puffer from the upcoming Yeezy Gap collab.