In October last year, animator and director, Gary Andrews, 57, of Horley, Surrey, kissed his wife Joy, 41, goodbye, when she dropped him at the airport, as he left for a business trip to Canada. 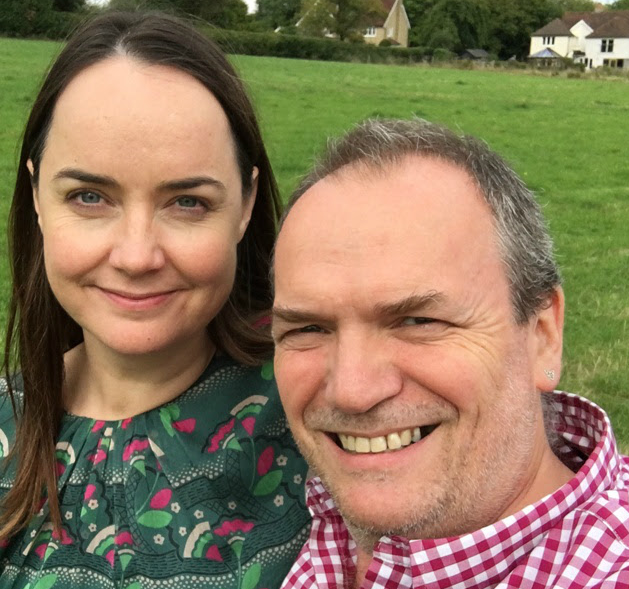 Tragically, while he was away, Joy “felt fluey” but her condition developed into deadly sepsis – where the body responds to infection by attacking itself – and, despite him dashing home on an earlier flight, she died while he was still in the air.

Since losing his “soul mate,” he has turned to his sketchbook for comfort, recording snippets of his new life as a widower, caring for their children, Lily, 10 and Ben, seven.

Gary, who worked for Disney and on the Beatrix Potter films, said: “Doing my doodles is like my form of therapy.

“It helps me come to terms with what has happened and the fact Joy has gone. 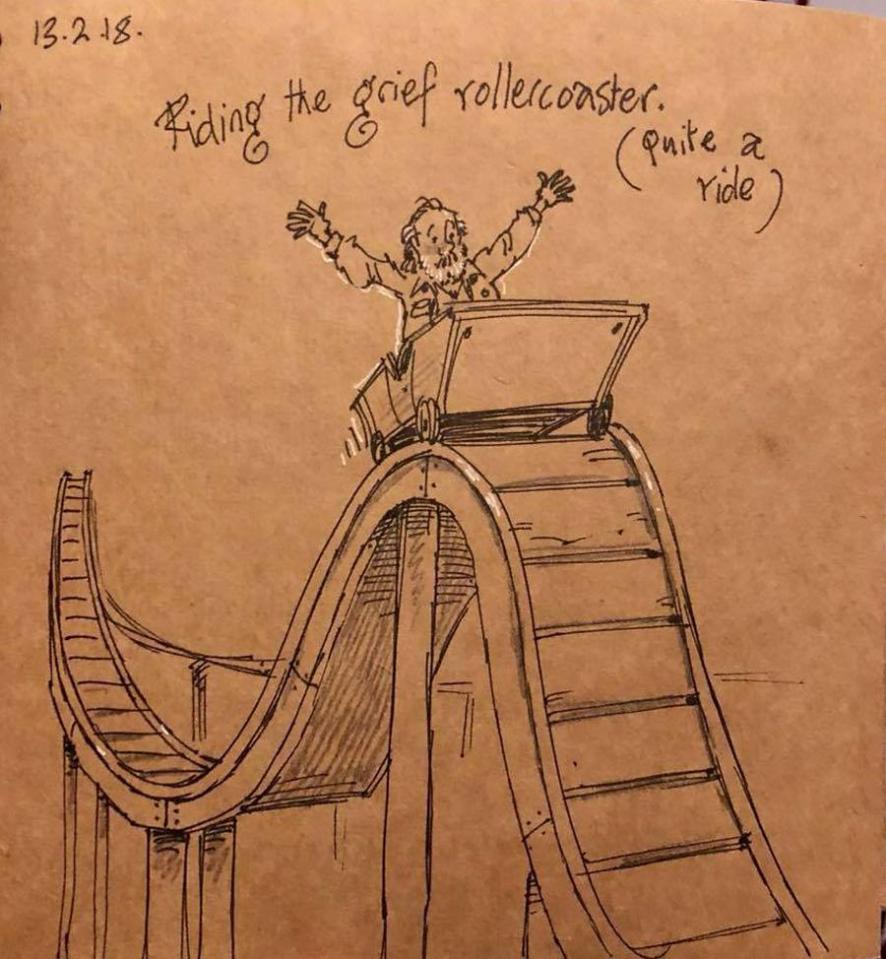 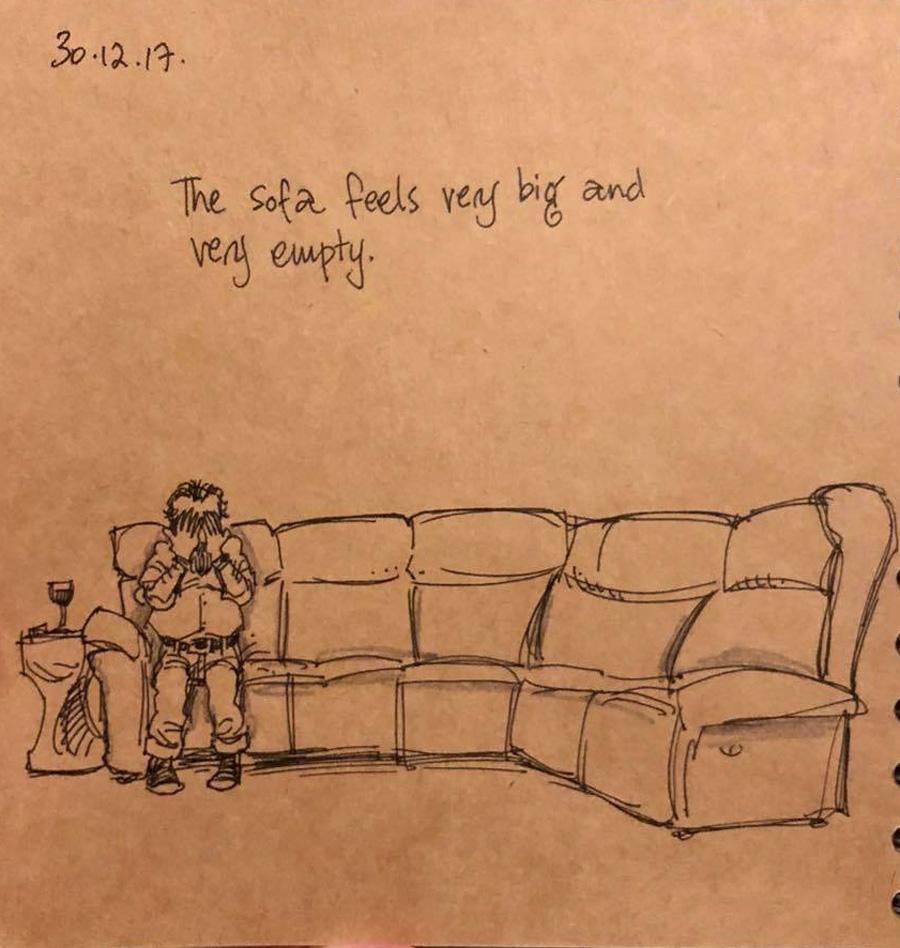 “I draw the realities of what it’s like to suddenly become a single dad and it helps me to talk about what’s happened with my children.”

Losing his wife so unexpectedly was devastating for Gary, who had been with Joy for 19 “glorious” years.

He continued: “I had heard of sepsis before, but I don’t think I knew exactly what it was.

“It’s just remarkable that it can take a fit, healthy, young person and kill them within days.”

He added: “Since Joy’s death, I have become so much more aware of the signs and symptoms and I know that it manifests itself just like flu.”

Sharing a deep and lasting love, Gary and Joy first met when she was just 15 at their local Archway Theatre where, keen thespians, they both volunteered. 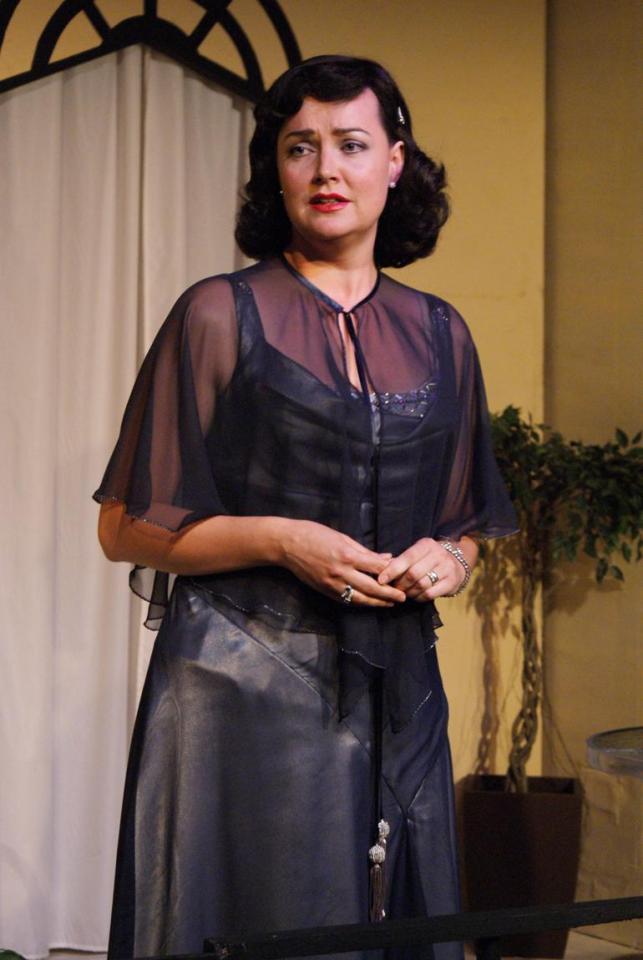 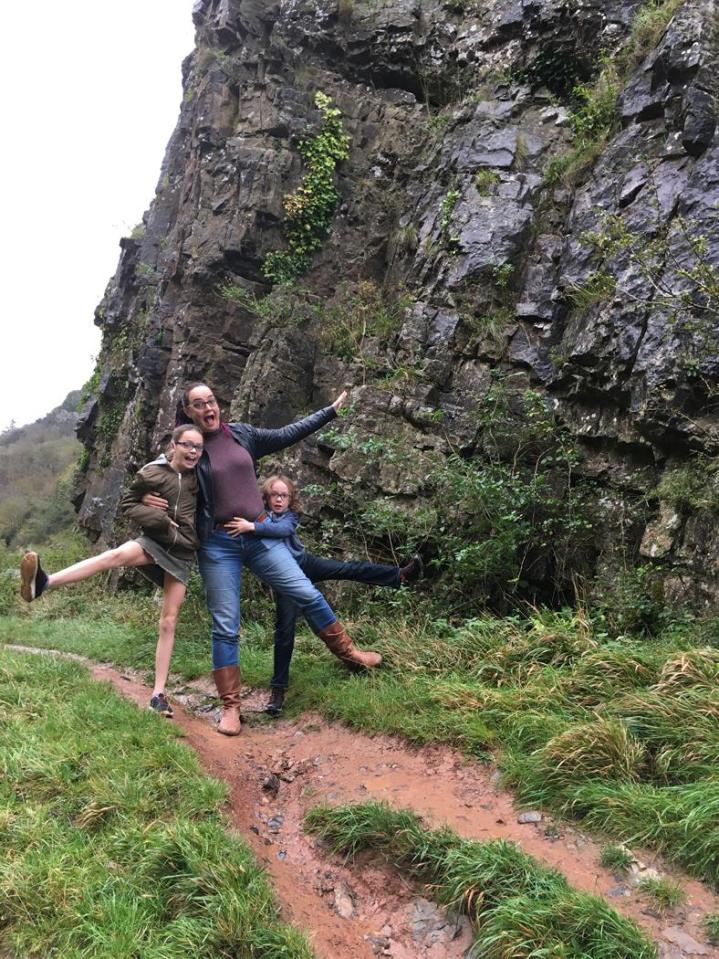 Great buddies, despite their 15 year age gap, she went away to the University of York to study Film, TV and acting, resuming her amateur dramatics when she returned to Surrey, after completing her degree.

Encountering Gary again, by now a woman, their relationship changed and, by 1998, no longer content to be just friends, they admitted they were in love.

They also found success, running a video production company together, while Gary also worked as a TV animator and director. 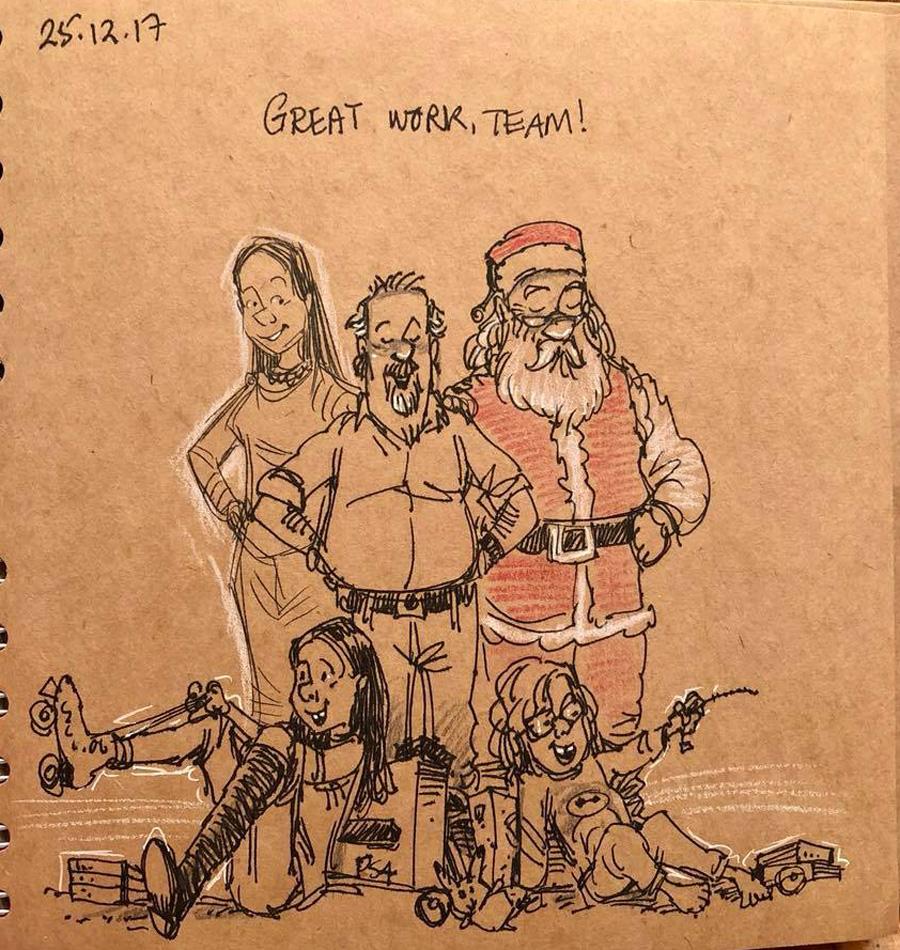 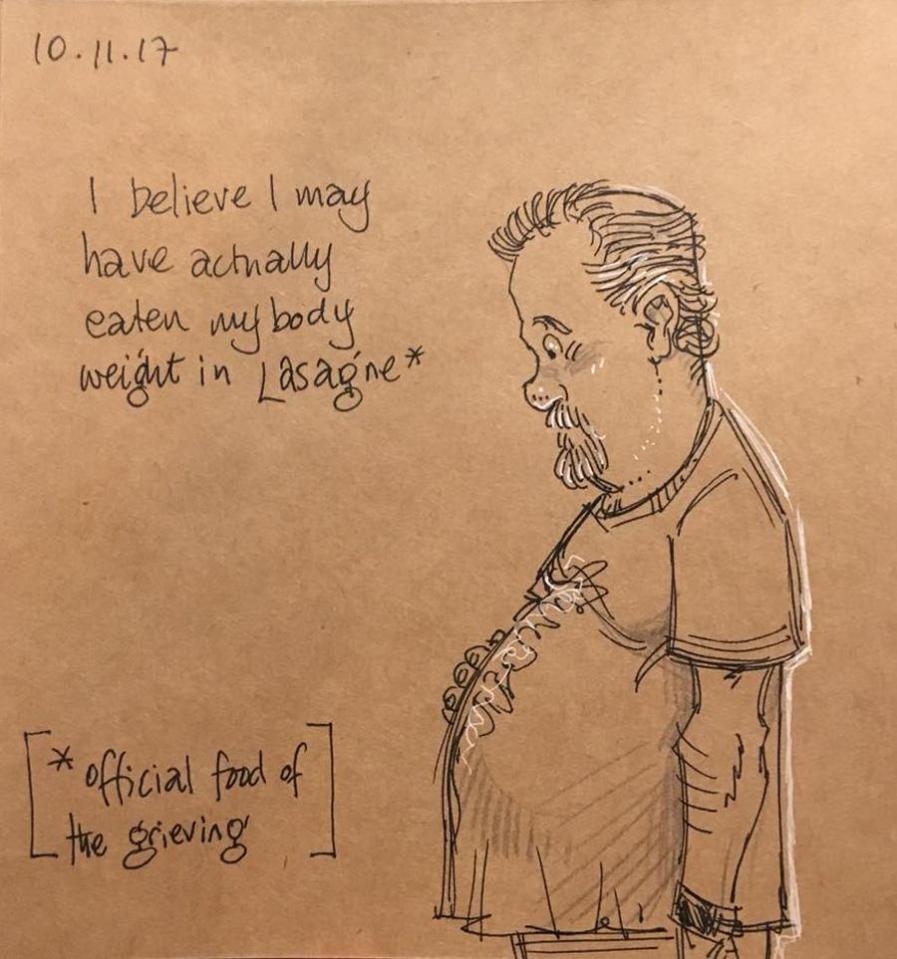 “I worked with Joy every day and we had such a wonderful life together. I was so incredibly lucky to have her as my wife and that we had our two lovely kids together,” he said.

But their perfect life was shattered when, in October last year, Gary flew to Vancouver – kissing Joy goodbye at the airport, expecting to see her a week later.

During a call home a few days later, Joy told him she was feeling under the weather.

Checking in again the following day, Joy said she was feeling no better, but with days of meetings ahead of him in Canada, she reassured Gary not to worry.

When, the next day, Gary received a message from Joy’s sister, saying she was very dehydrated and they were taking her to A&E at East Surrey Hospital, his fears mounted. 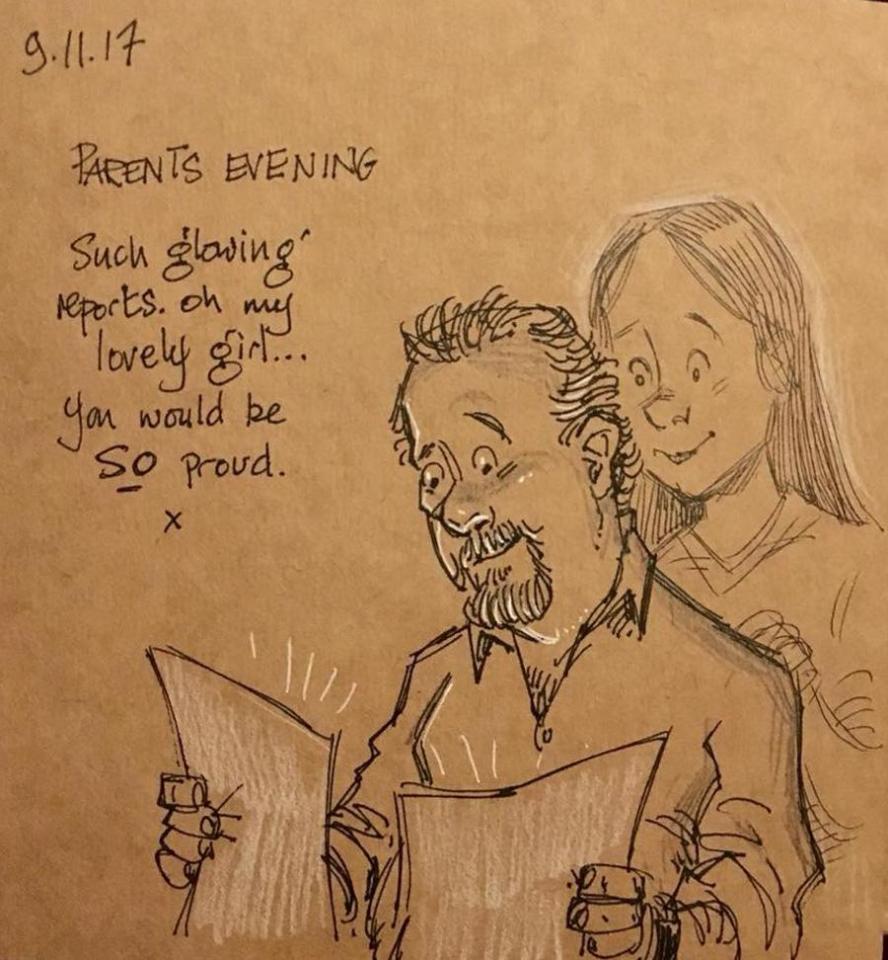 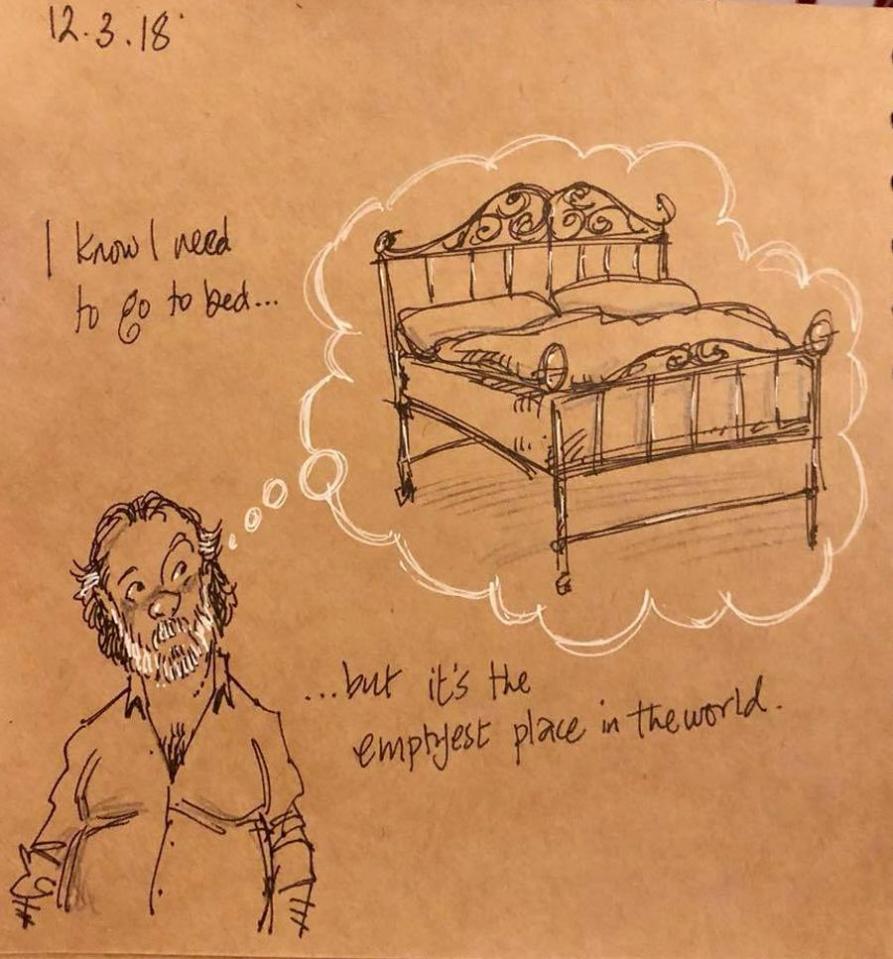 He explained: “She asked if I could get an earlier flight home, as Joy really wasn’t well, so I managed to get a seat on a flight home that night.”

He continued: “Before I took off, I checked in and her sister said she wasn’t great, but was being treated.”

Landing at Heathrow Airport, he was walking in the direction of the bus stop, to travel back to Horley, when he was, unexpectedly, met by his mother-in-law and Joy’s eldest brother in the arrivals area.

He recalled: “I didn’t know why they were there. They took me out to the car, sat me down and had to tell me that Joy had died.

“I knew she was ill, but thought it was just the flu. It didn’t make sense – she was young, relatively fit and a week earlier, when I left, she was perfectly healthy. 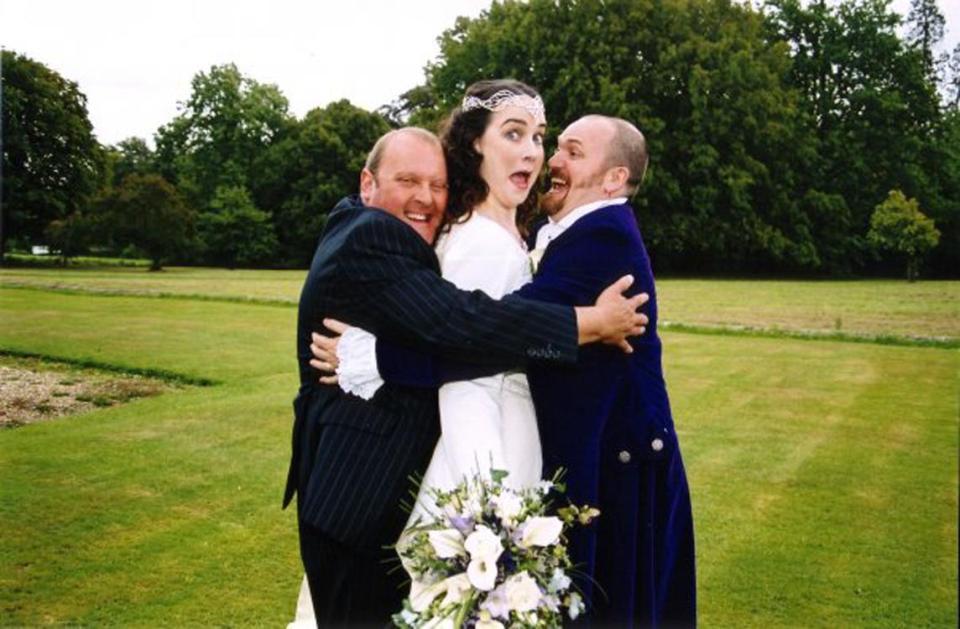 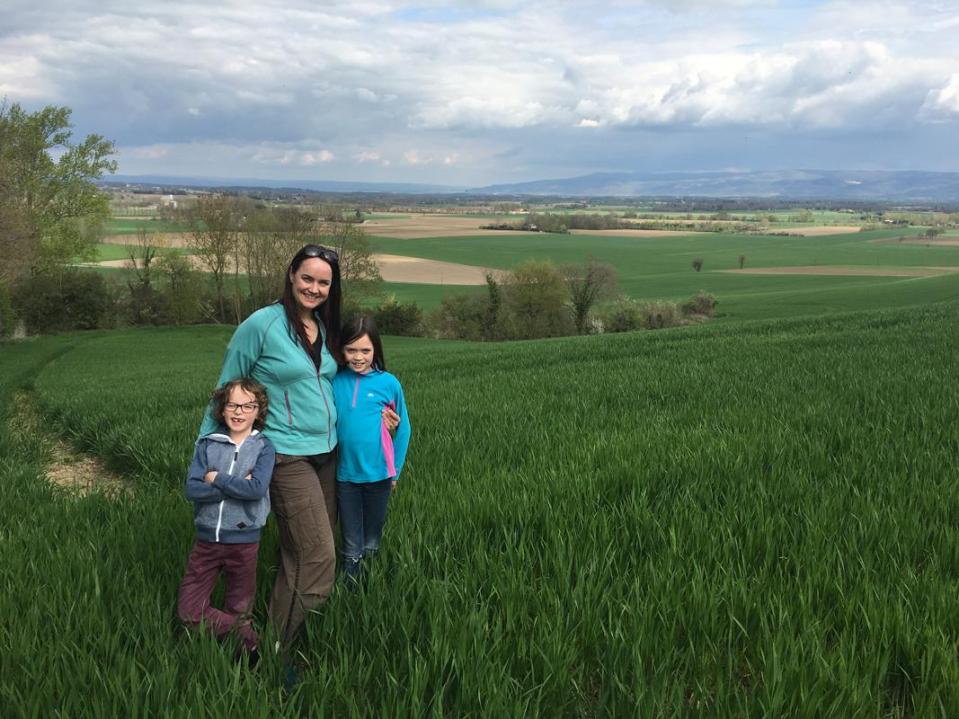 “Joy was so beautiful and kind and I was so lucky to have had her in my life for so long.

“She was the most wonderful mother and so full of talent. She was a fantastic actress and throughout our years together, she continued to perform at the theatre where we met. I was always telling her how special she was. I just couldn’t believe she had gone.”

Reeling in utter disbelief, Gary then made the journey home to tell their two children that their beloved mother had died.

“It was a conversation I had never imagined having, but from the start I knew I wanted to be open and honest with them,” he said.

“I wanted them to ask me questions, even if the answers were difficult to say. I never wanted to lie to them or use euphemisms.”

He added: “They were heartbroken, but it’s amazing how quickly kids bounce back. 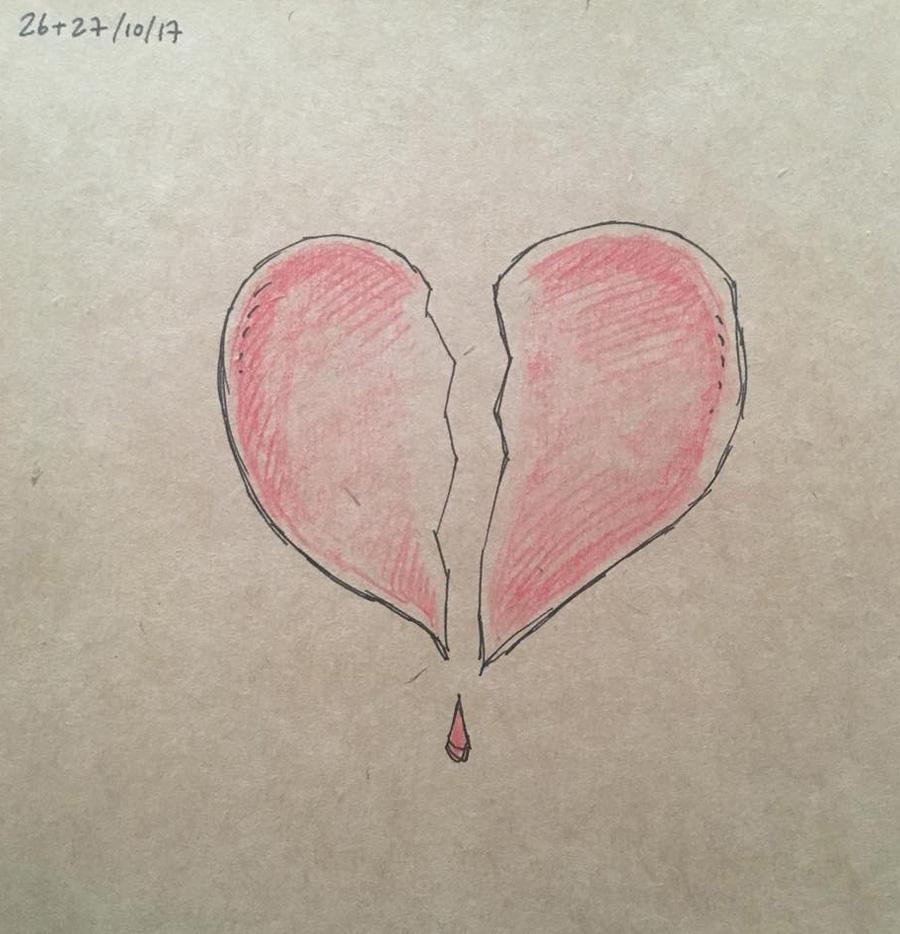 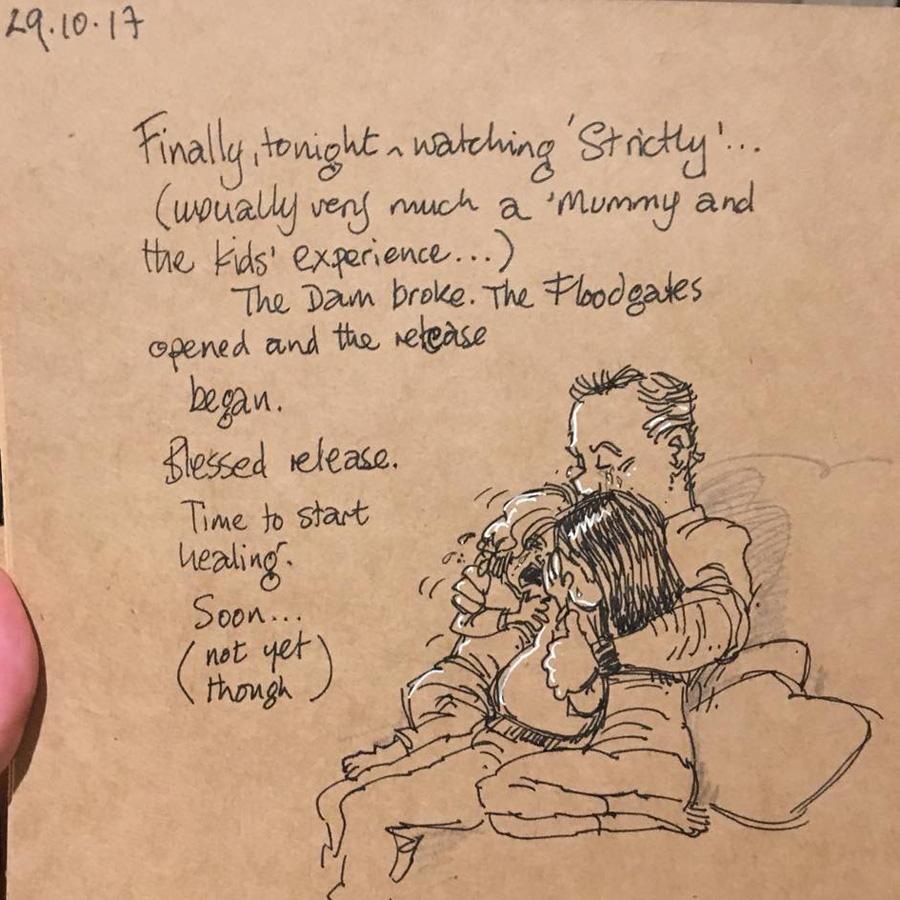 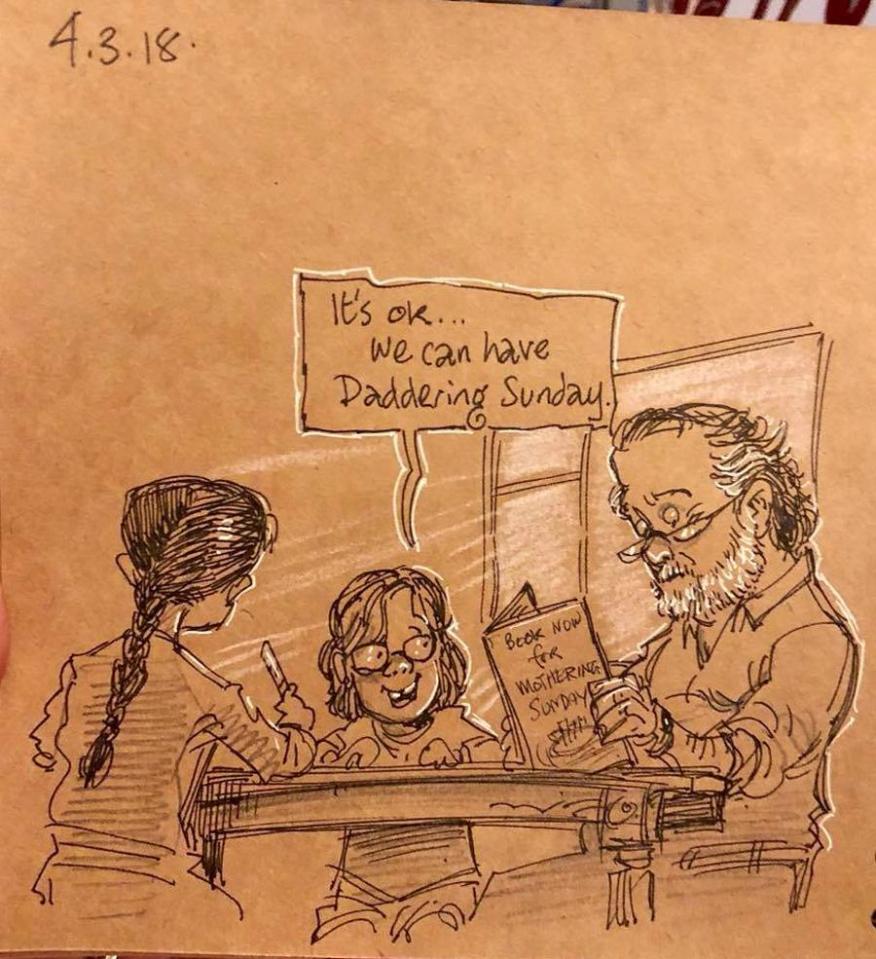 “Sometimes they’ll be crying that Mummy has gone and then laughing about something silly straight afterwards. They’ve got me though the last six months.”

On Gary’s first night without Joy, after the children had gone to sleep,  desperate for some normality, he did what he had done every day since his 54th birthday, two and a half years earlier – picking up his pencils and sketchbook.

He said: “I’d started my doodle a day on my 55th birthday, just showing little snippets of our life together. The only day I missed in that time was the day I was in the air on the flight home – the day Joy died.

“I knew I had to carry on and it was almost like a coping mechanism. I picked up my pen and pencil and drew a simple heart, broken in two, before going to sleep. 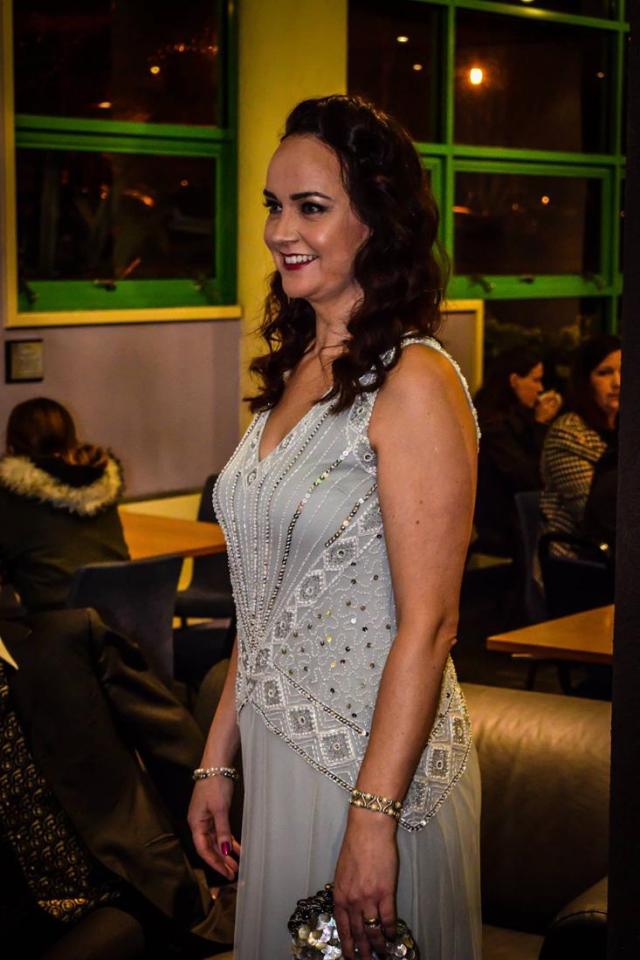 “Since then, I’ve used my doodles to show how we are adjusting to our new life – my life as a single dad, learning to do things like organising their social calendar, or making costumes for World Book Day.”

He continued: “There are days when I’m sad, or the kids or sad, and I’m honest about it. I draw that, because I want people to know how we are doing – it’s not a cry for help or anything like that."

Gary continued: “We miss Joy every day. There are times where I expect that she’ll just come through the door.

“The children have been incredible – I know they are sad but they are also really resilient and they have helped me so much. We’re a real little team, facing this together.

“I know I can’t bring her back, but now I just want to raise awareness of sepsis and the symptoms, to stop this happening to another family.”

For more information about the sepsis trust, visit their website here.

Here are the symptoms of sepsis and the signs in children and adults.

Earlier this year we brought you the tragic story of a dad-of-three who died from sepsis 24 hours after going to bed with "flu".

Plus only a few days ago a mum-of-six, 33, was sent home by hospital staff but tragically died after the doctor failed to spot sepsis.