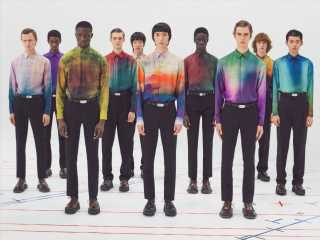 Add Berluti to the list of fashion’s Frank Sinatras — all doing it their own way.

The luxury men’s wear brand will now set its own schedule for upcoming collections and wind up its collaboration with Kris Van Assche, its artistic director since 2018, WWD has learned.

“In order to maintain our commitment to both savoir-faire and innovation, we have decided to let Berluti lead its own rhythm and give freedom to its presentation schedule,” Berluti chief executive officer Antoine Arnault said in a statement.

The house, owned by LVMH Moët Hennessy Louis Vuitton, said it would “take a new approach to the collection calendar, choosing its own path for presenting its exceptional products, including collaborative projects and pieces.”

A men’s wear star who succeeded Hedi Slimane at Dior Homme in 2007 and helmed that brand for 11 years, Van Assche brought meticulous tailoring, zesty color, and runway razzmatazz to Berluti, transposing the patinas of its famous footwear to clothing and putting Gigi Hadid in a mint green suit flecked with feathers.

All of the Fashion at the 2021 BAFTA Awards

In his statement, Arnault thanked Van Assche, “who throughout his journey within the LVMH Group has shown remarkable talent in the world of men’s wear. He has brought his own vision to Berluti, particularly by integrating new codes into its signatures.”

Almost synonymous with black suits, Van Assche was upfront that Berluti’s aesthetic was challenging for him, yet he leaned into its heritage to exalt unique features like patinas and the Scritto, an 18th-century manuscript motif. He challenged the maison’s artisans to push this savoir-faire into new areas, building up from a brown leather suit with patina edges in his debut show to the mesmerizing color-gradient clothes presented on April 8 for winter 2021.

That collection, his last, received warm reviews, with WWD noting the designer had “reached a new level of fluency with color” in a collection inspired by the abstract paintings of Berlin-based Russian artist Lev Khesin. 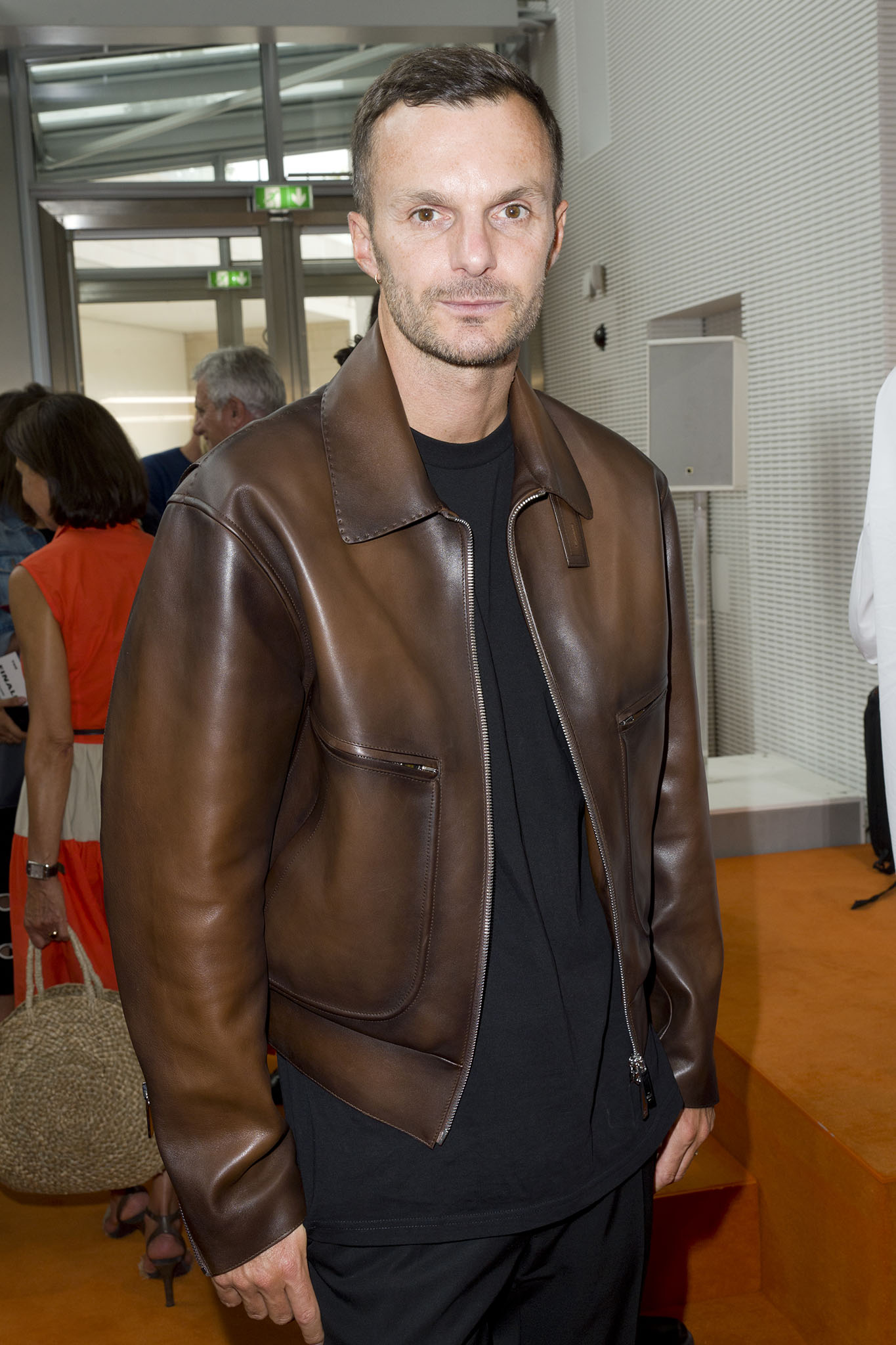 During his tenure, Van Assche brought more esthetic coherence across Berluti’s ready-to-wear, accessories and footwear, while propelling the brand into new areas including customized vintage furniture. He created a new visual identity based on letters carved into a wooden shoe tree dating back to 1895, the year Italian founder Alessandro Berluti established himself as a shoemaker in Paris. Van Assche also introduced a new Signature canvas for travel bags and personal accessories.

“I definitely think I became a better designer thanks to my work at Berluti and I couldn’t thank enough my studio and the artisans there,” Van Assche said in prepared remarks. “I have always loved working with ateliers — be that on tailoring or leather goods — and the level of expectations on quality and research was definitely stimulating.”

Acquired by LVMH in 1993, Berluti expanded into leather goods in 2005 and in 2011 recruited Ermenegildo Zegna veteran Alessandro Sartori, who partnered with Arnault to expand the elite cobbler into a lifestyle label for men with complete clothing collections.

Sartori returned to Zegna in 2016, and was succeeded at Berluti for a few seasons by Haider Ackermann until Van Assche arrived amid a designer shakeup at LVMH that saw Kim Jones move from Louis Vuitton to become artistic director of men’s ready-to-wear and accessory collections at Dior, and Virgil Abloh arrive as men’s artistic director at Vuitton.

A graduate of Antwerp’s Royal Academy of Fine Arts, Van Assche moved to Paris in 1998 and was part of Slimane’s team at Yves Saint Laurent Rive Gauche Homme before joining him at Dior Homme. He started a signature label in 2005 — two years before he took the top design post at Dior — and put it on hiatus in 2015. Known for youthful tailoring and loads of athletic and workwear influences, the Kris Van Assche collection also dabbled in women’s wear.

Berluti now boasts more than 60 stores worldwide, and offers head-to-toe bespoke services at its workshops on Rue Marbeuf and Rue de Sèvres in Paris. It remains famous for its court shoe fashioned from a single piece of leather without any seams, and its polishing parties — with Champagne as the final buffing element.

LVMH does not break down sales by brand in its core fashion and leather goods business group, which includes Dior, Vuitton, Fendi, Celine, Givenchy and other famous brands. Industry sources estimate the brand generates revenues in the region of 200 million euros.

In the most recent quarter ended March 30, the division saw organic sales in the linchpin division rise 52 percent year-over-year.

Amid the coronavirus crisis and a shift to more seasonless fashions, a host of brands including Gucci, Saint Laurent, Ralph Lauren, Off-White and Bottega Veneta have set their own timetables for presenting collections.

EXCLUSIVE: Kris Van Assche Rebuilding Berluti From the Shoes Up