WE'VE often toyed with the idea of batching cooking – but to be honest, we wouldn't even know where to start.

But if anything is going to convince us to begin bulk making dinners weeks in advance, it's the prospect of saving a small fortune on your monthly food shop. 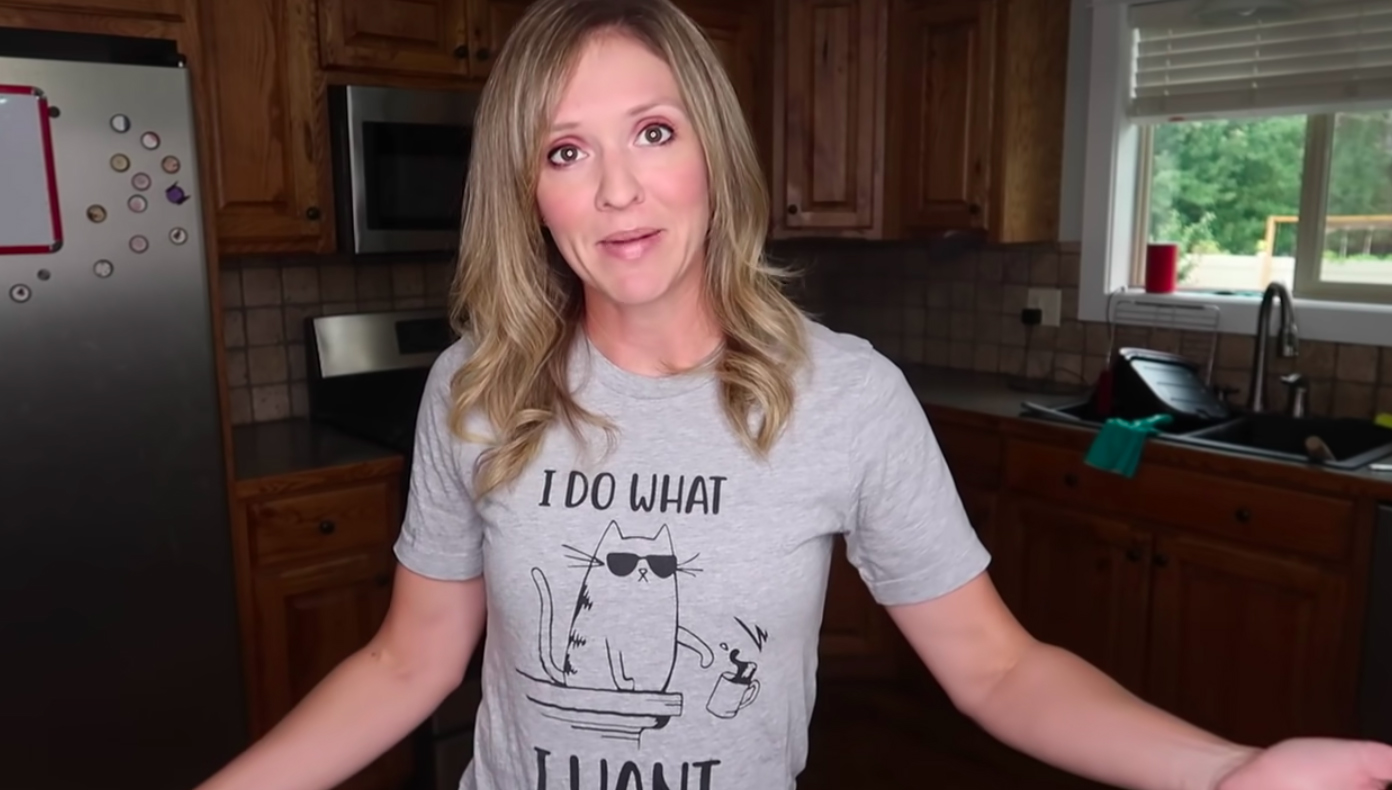 Not to mention how this unconventional method frees up your evenings when you've already got dozens of meals waiting for you in the freezer.

Well if you're still in need of some inspiration, then you might want to take notes from these extreme batch cookers.

Sharing their incredible creations on YouTube, one savvy mum revealed how she made a whopping 130 meals for just £30 while another used 132 eggs in one epic batch cooking session. 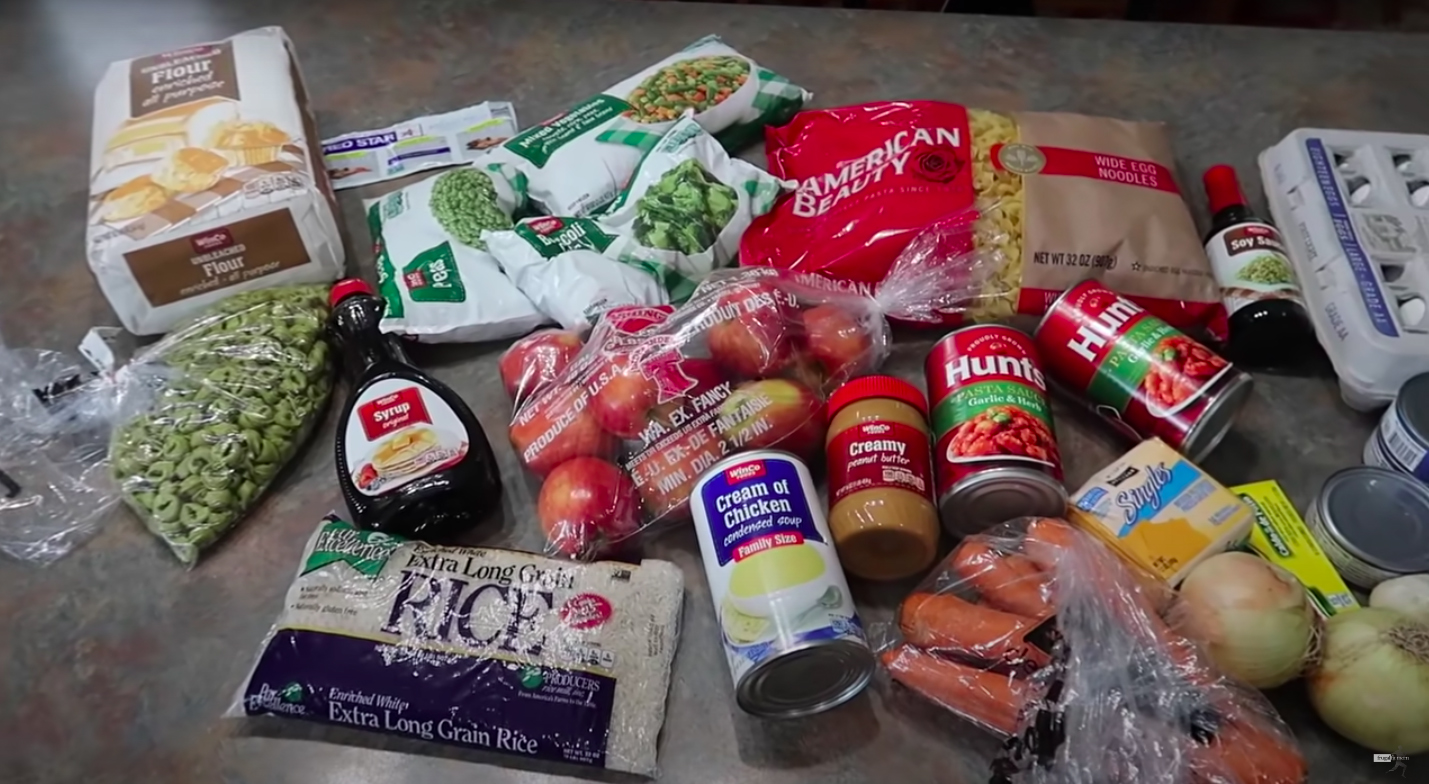 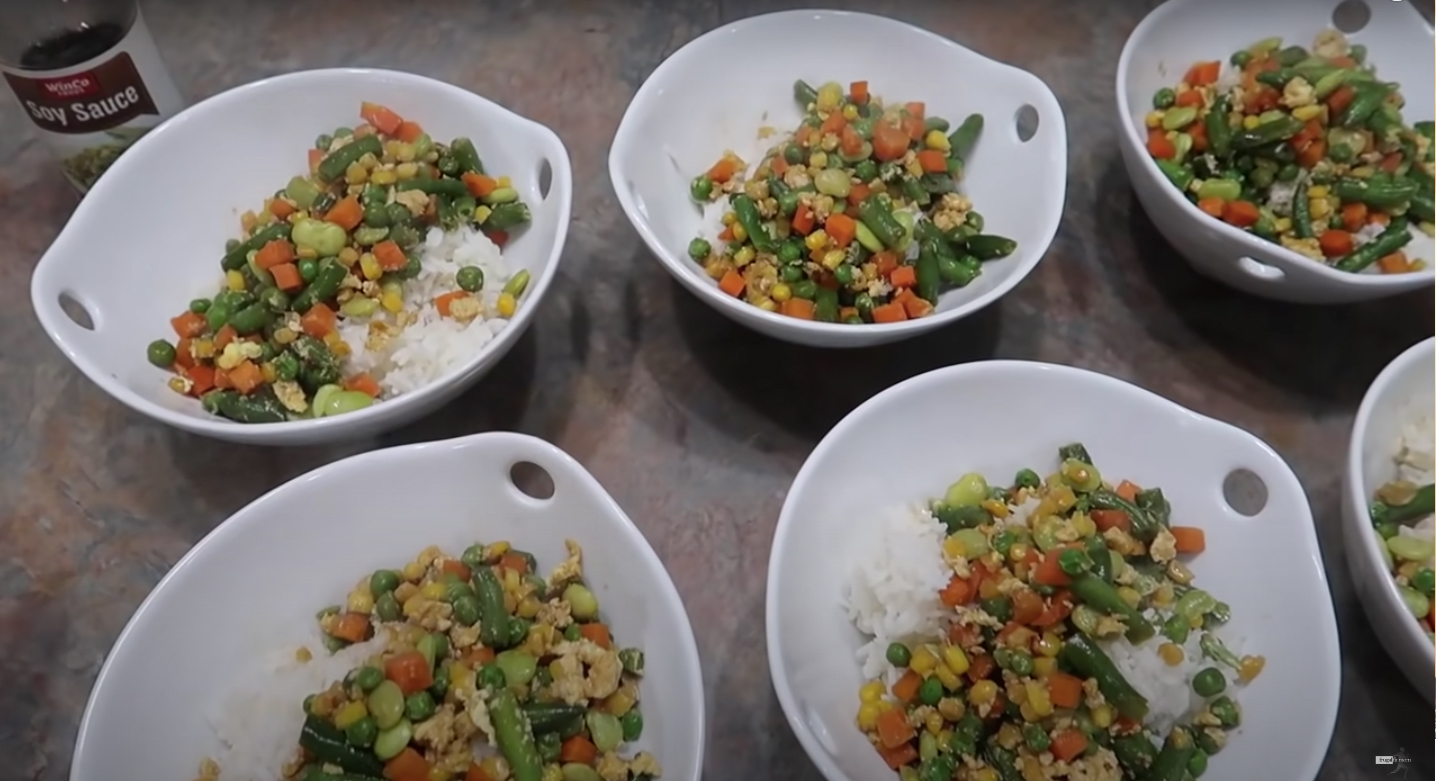 At the beginning of the video, Christine said: "I knew I wanted to feed my family-of-six for £30.

After stocking up on 3lbs of apples for £1.50 and 1lb of strawberries for £1.20, Christine said: "Don't ever underestimate the power of onions and garlic when you are on a budget.

"They add such great flavour to so many dishes. I'm of the opinion that if a recipe calls for half an onion, a whole onion is better and two is even better than that."

Admitting that it was "hard" to buy two packs of rice for £2.10 when it could have cost less elsewhere, Christine said: "One store will not have the cheapest price on everything ever. 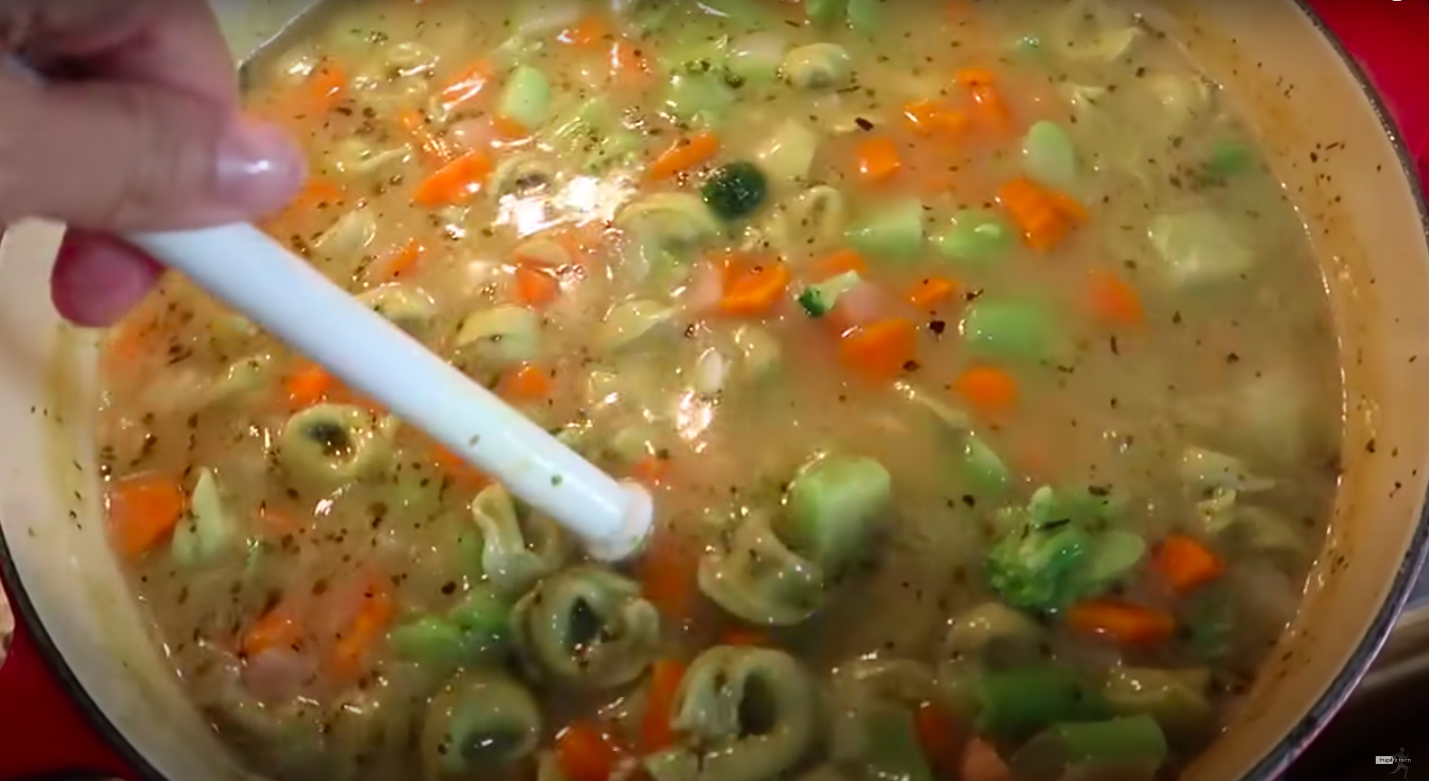 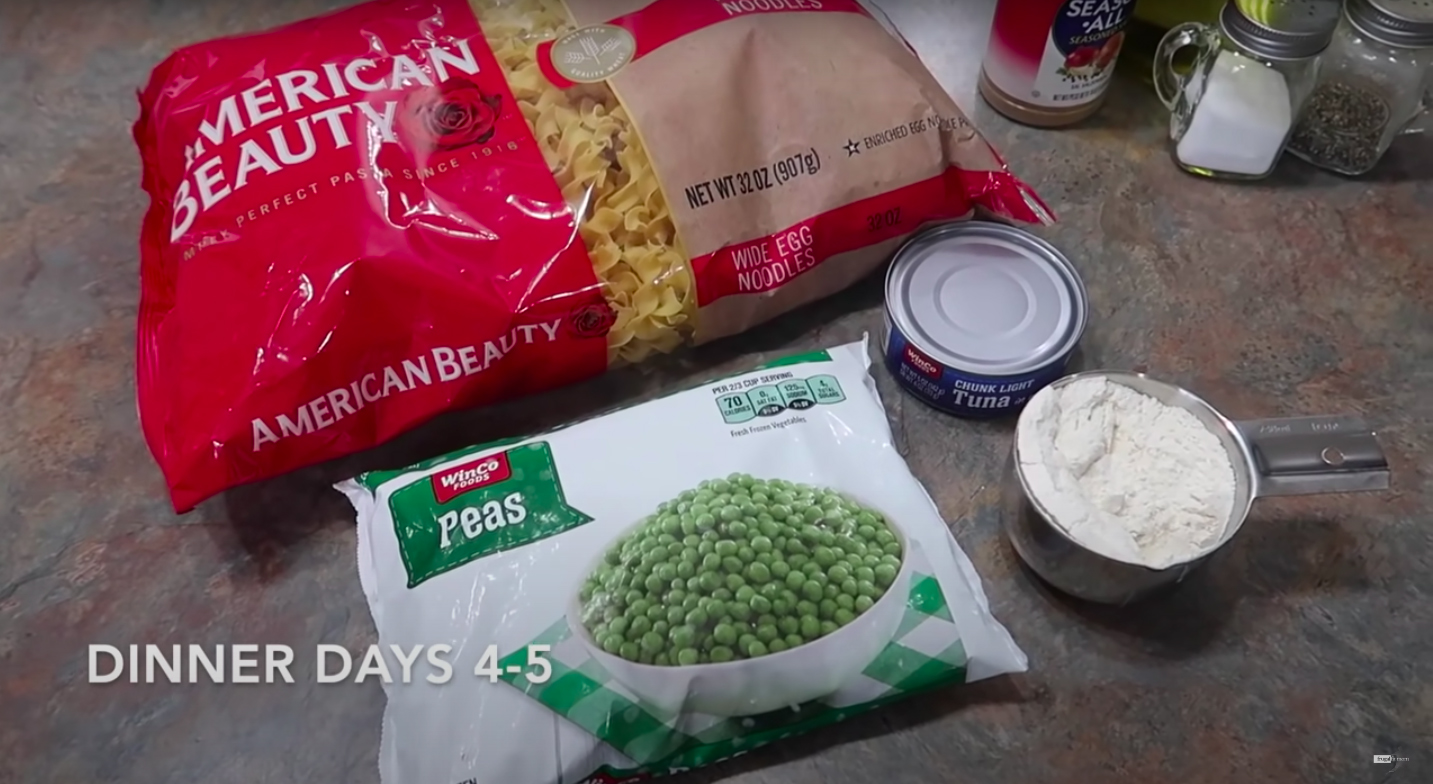 "Typically I price everything up before I go to the store because some meals have so many different ingredients that it ends up being more expensive than I think – even though it does make a lot."

At the supermarket, Christine picked up everything she needed to bulk cook a weeks worth of meals – and while she originally planned to make 126 exactly, she ended up with enough for 130.

For their breakfasts, the mum made pancakes and casseroles and peanut butter sandwiches with thin slices of apple, vegetable curry and grilled cheese for lunches. 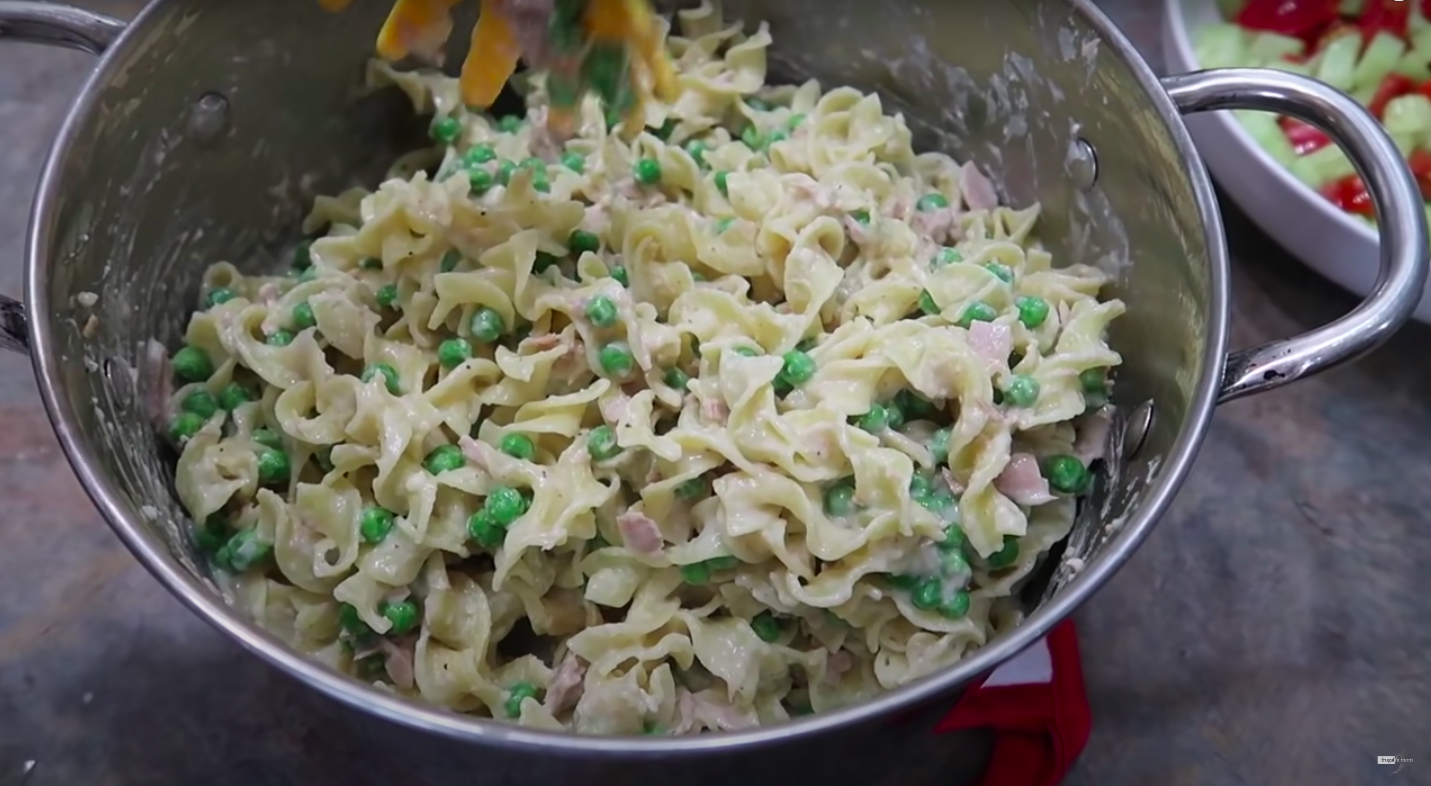 As for the family's dinners for the week, Christine made a huge batch of vegetable soup which she bulked out with tortellini pasta to last them three days.

For the fourth and fifth dinners, the mum made tuna pasta bake – but had had enough leftover to make an extra serving for each family member.

"I'm going to make mine fresh everyday," she said. "But you could make it in bulk and make it at one time." 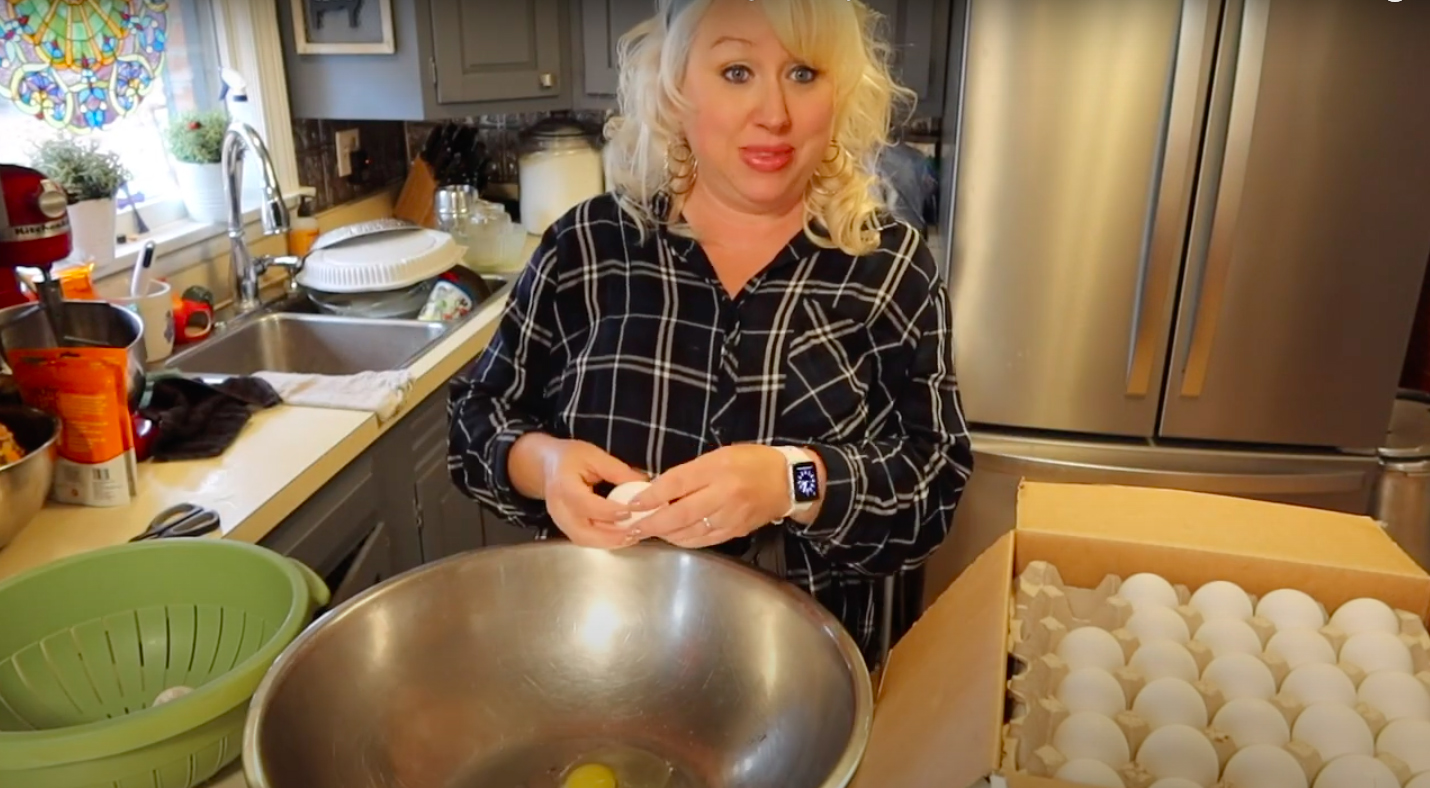 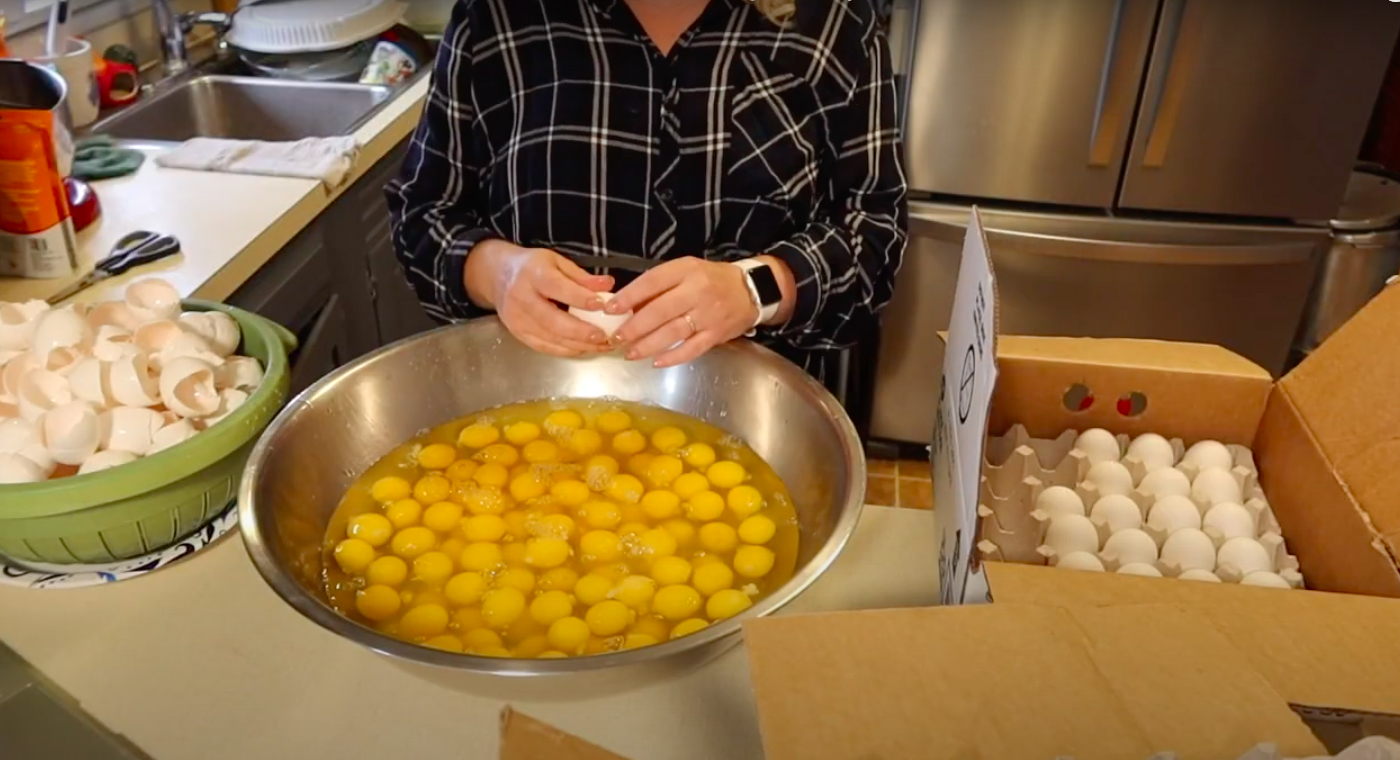 Meanwhile, mum-of-eight Jamerrill Stewart – who is pregnant with her ninth baby – revealed how she prepared 40 huge freezer meals for her family before her baby is born next year.

In an 80 minute YouTube video, Jamerill starts by cracking a whopping 132 eggs into an enormous metal bowl and whisking them together.

After completing this time-consuming step, the mum then pours in a whole carton of cream and seasons it with salt and pepper.

Once it's all mixed together, Jamerill then fills two frying pans with the mixture and repeats this step until all the eggs are cooked. 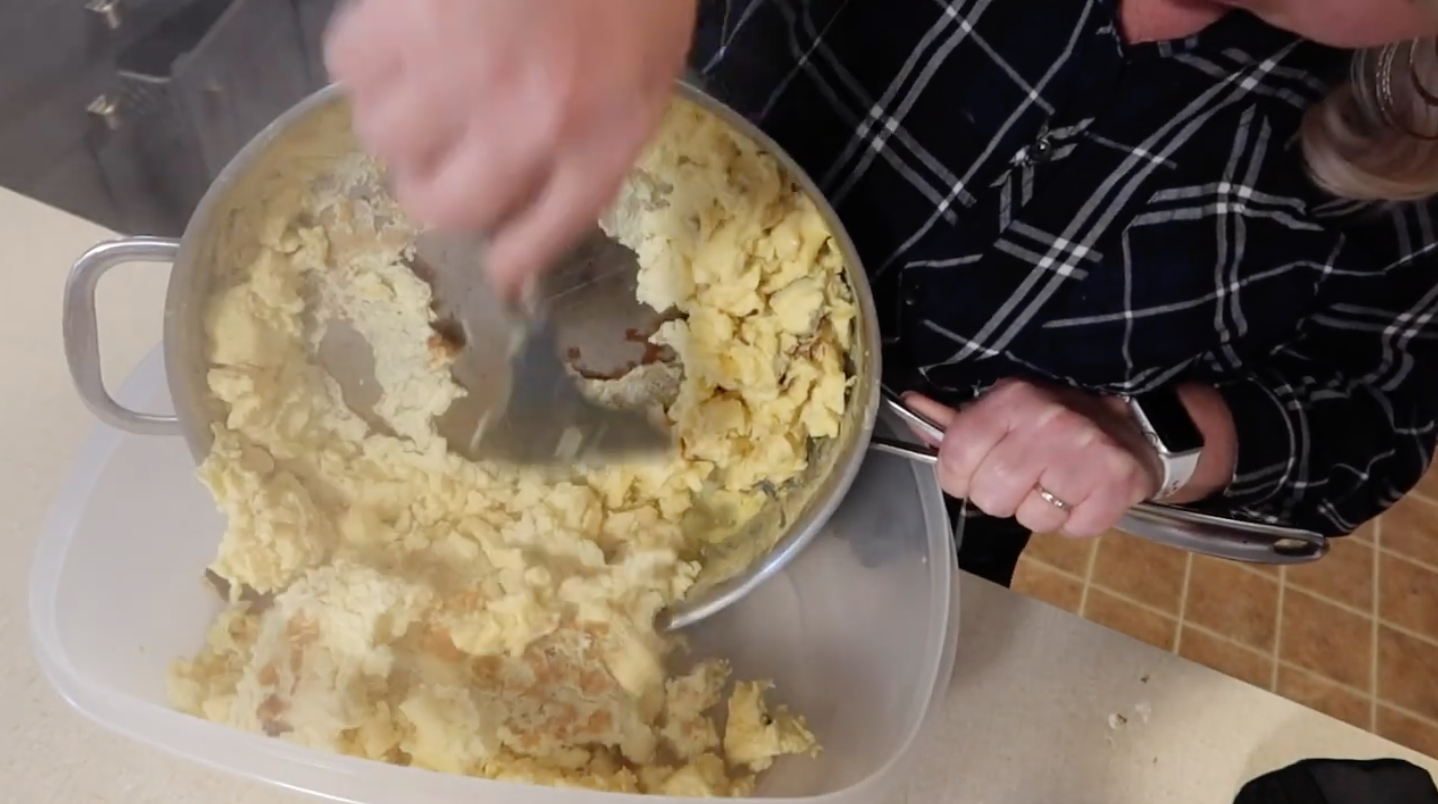 However, 132 eggs is too much for the family-of-10 to eat in one go so Jamerill decants them into storage containers and freezes them for a later date.

"You can take a whole week to make these meals," she said. "Or you can crank them out in a day." 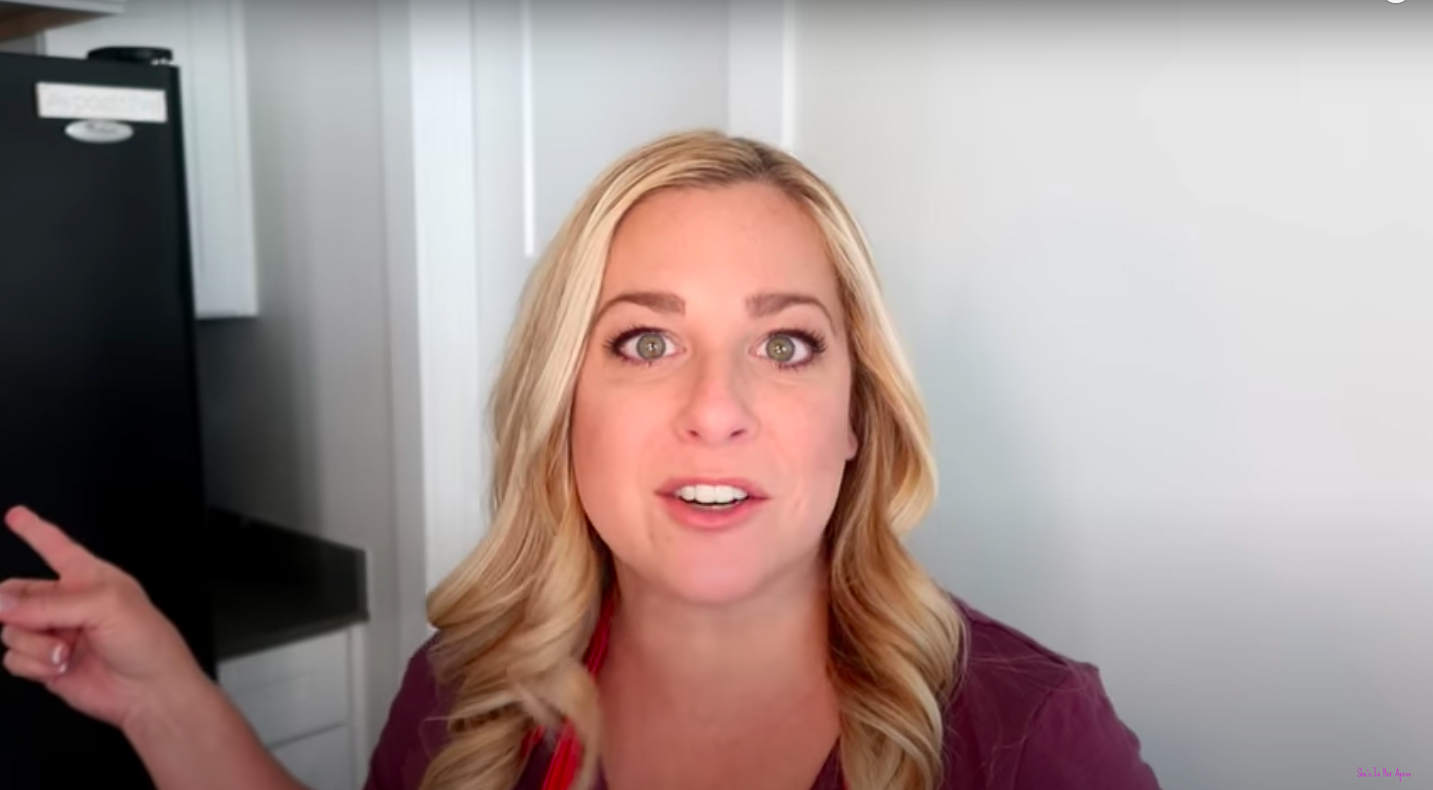 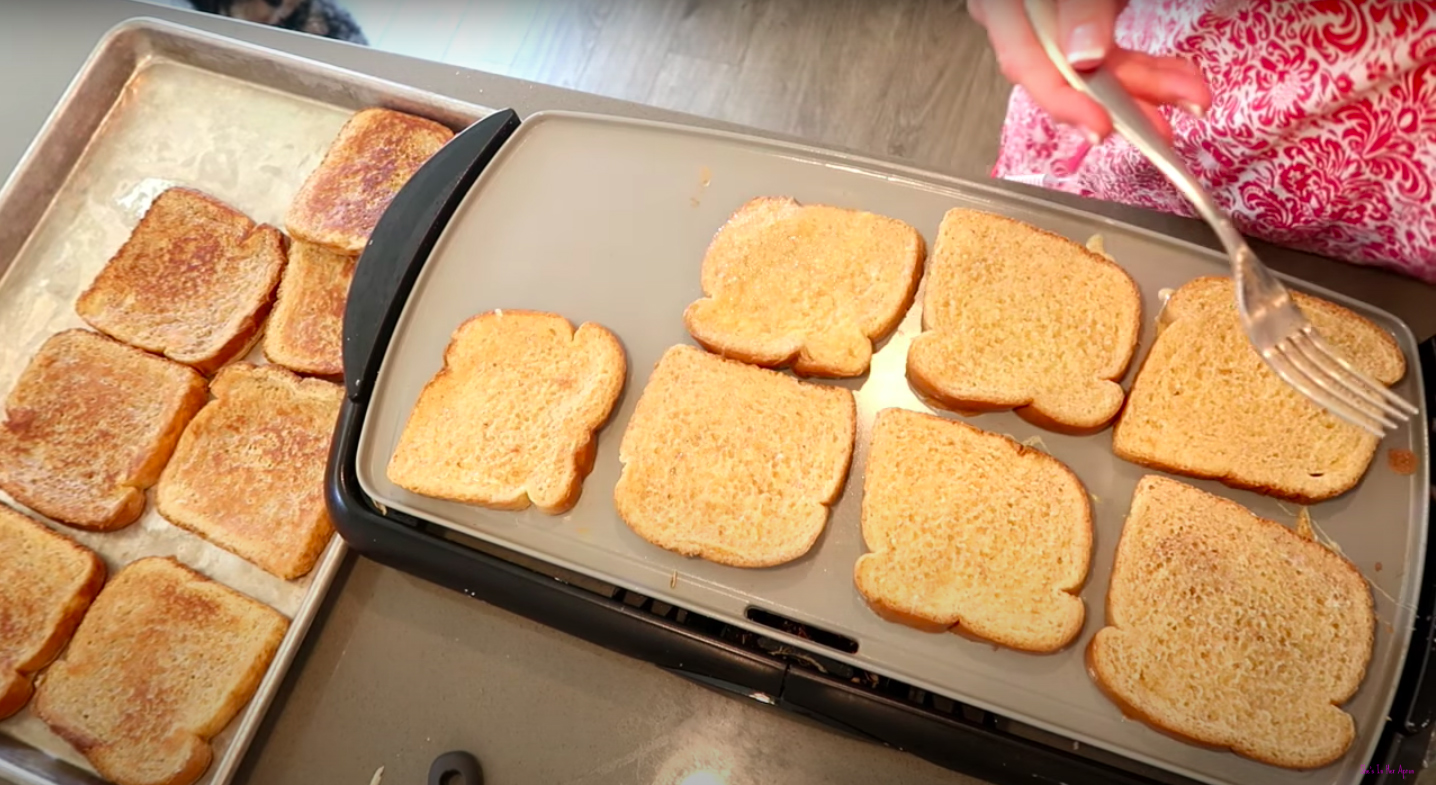 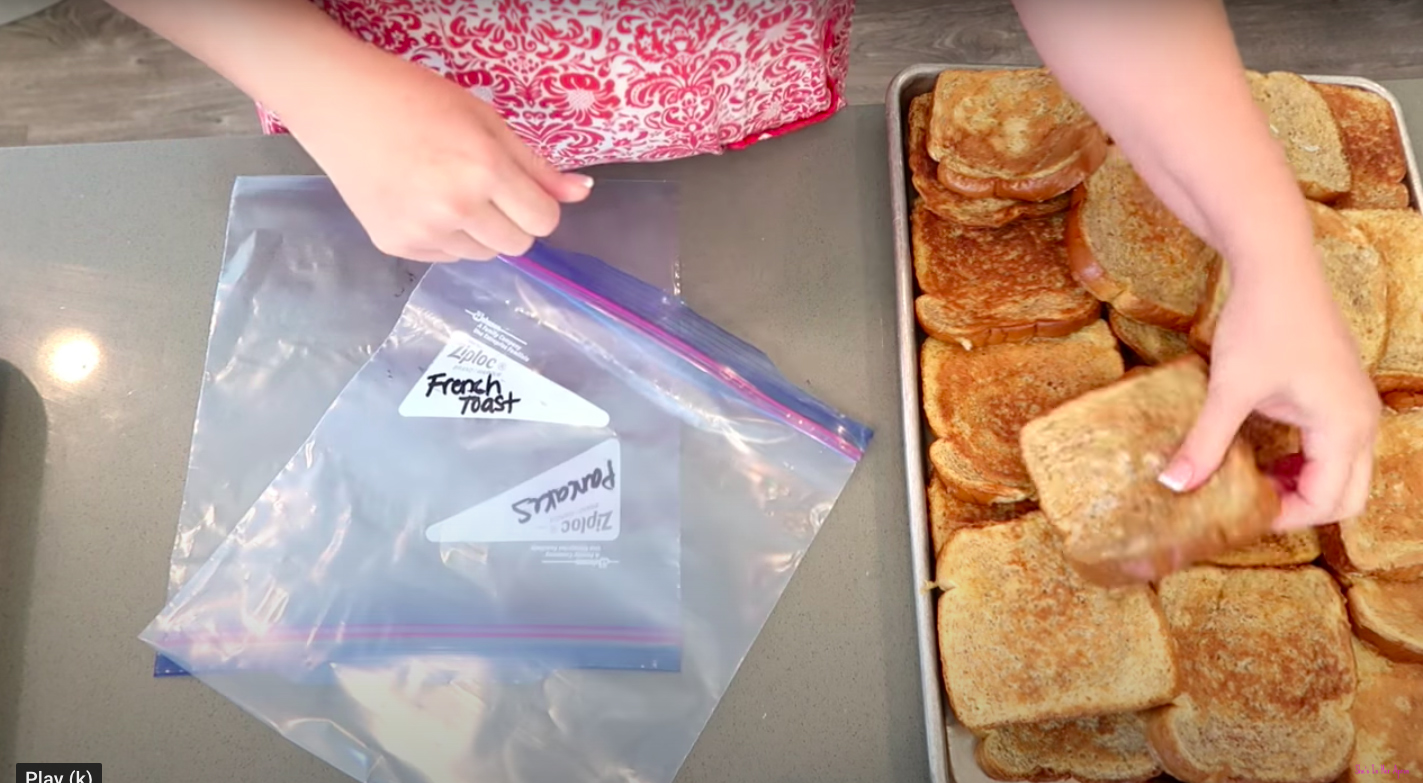 For the french toast, the mum cracked 13 eggs into a bowl, poured in some milk and added cinnamon, vanilla extract and nutmeg.

After whisking this together, Kimmy dipped two loves of bread in the mixture and gently fried it.

Before freezing it all, Kimmy said: "What you could do is cut your bread into thirds and dip them and cook them and then you have french toast dippers."

And if you're running late one morning, the mum suggested giving the kids the defrosted french toast with a paper cup of maple syrup for them to eat on the way to school.

For more cooking tips, savvy mums think Morrison’s is the go-to for cheap food and one nabbed a £70 shop for £3… including fillet steak for 37p.

And the batch-cooking queen showed how to prep your Christmas dinner NOW to take the stress out of the big day.

Plus this mum who feeds her family of four for just £17 per week from Tesco shares her exact shopping list.