Home » Fashion » What fashion people say versus what they really mean

There are times at fashion week when one can reasonably be left wondering, "What were they thinking?"

Luckily for the guests at shows, there is usually a piece of paper on the chairs known as the show notes, which outlines the designer's vision. 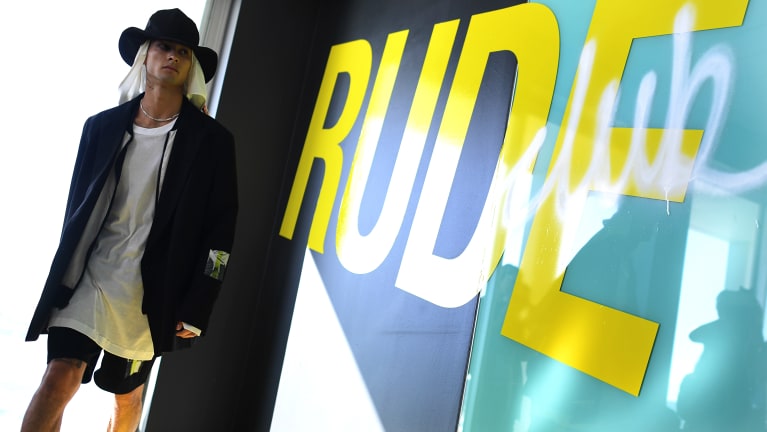 A model at the Ten Pieces show at Bondi on Thursday morning.

Sometimes, they read like an Emily Bronte novel, and other times, more like the musings of an ex at 3am after a bender.

In an attempt to sort the poetic from the prosaic, here is our guide to speaking fashion, from the pens of the designers themselves.

What they said: "Ephemeral and in constant evolution, our definition of beauty aligns itself with the essence of these powerful women who had the courage and confidence to embody all that it means to be forward-thinking." 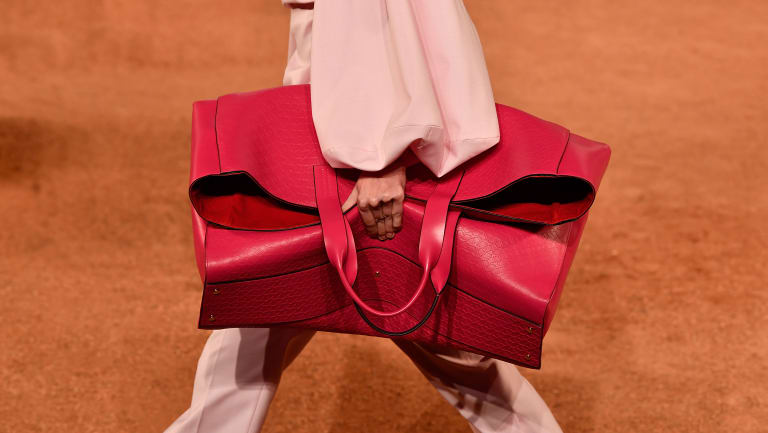 Giant bags at Camilla and Marc.

What we saw: Life is short, so best live it out in one of our jackets with exaggerated shoulders. And because we may go to Mars one day, we made giant tote bags to carry snacks.

What they said: "RUDE showed with edge and attitude debuting dedicated men’s, women’s and unisex styles and introducing tailoring for the first time."

What we saw: We put a model in a nun's habit, and we no longer only make T-shirts and poo-catcher pants. 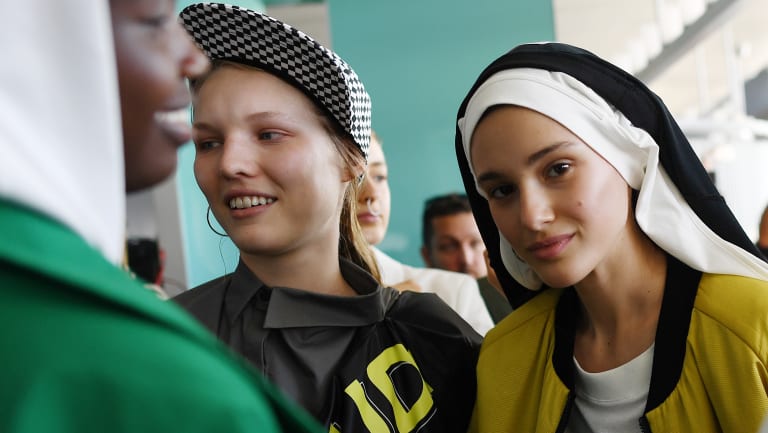 Models at the Ten Pieces show at Bondi on Thursday.

What they said: "Balance and drape fall from the shoulders and hips; the waist is no longer the emphasis. A [something something] of form and detail – only interrupted by a slash of colour or a glimpse of skin."

What we saw: Rejoice! You can eat more than two edamame and look good in our dresses, because we understand Real Women, like Nicole Kidman. We know sex sells but we're more clever than that, except for when someone decided to print parts of our show notes in blue text on a dark green background. 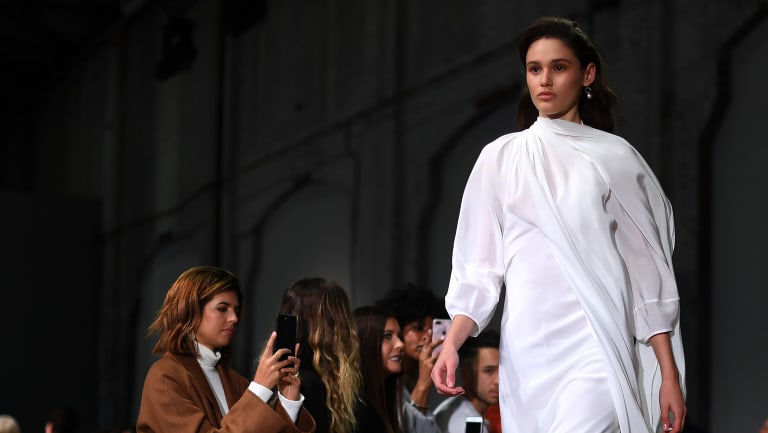 A model wears a creation by Bianca Spender during the Mercedes-Benz Fashion Week Australia.

What they said: "Silhouettes revolve around fluidity and represent the curves of nature; sheer summery dresses sweep the ground with river-like tiers and blooming sleeves shoot like flowers from shift dresses." 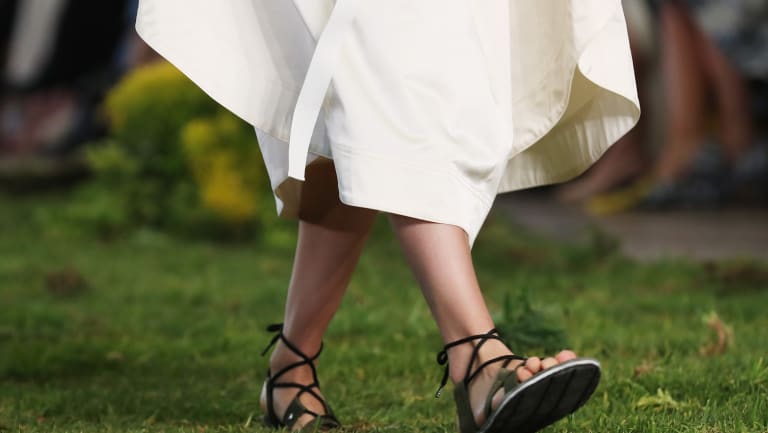 A model walks the runway during the Lee Mathews show.

What we saw: We are sustainable but we don't like to make a big song and dance about it. But we brought in grass for the catwalk that we are donating to a local school to cultivate. #humblebrag. And if you thought gingham was done, you were wrong.

What they said: "Ancient Greek and Roman sculptures are the starting point … [Esber's] classic forms are dissected, distorted and softened to reinstate the fluidity of feminine." 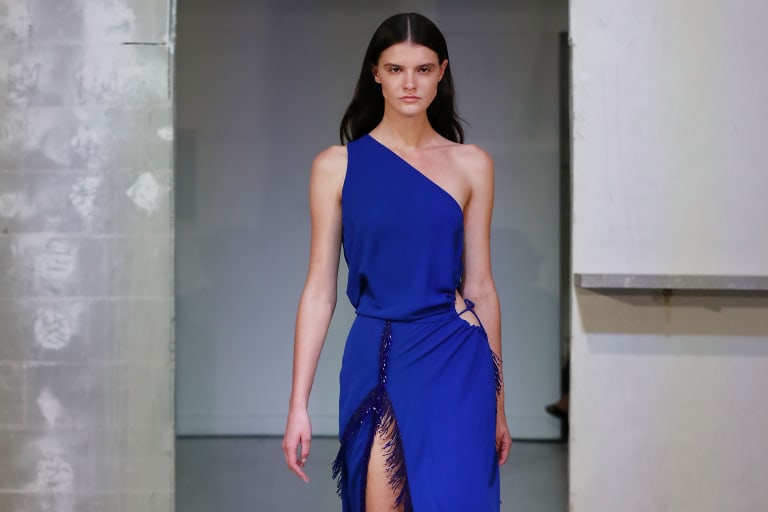 What we saw: Rome wasn't built in a day, and neither was the collection. Never mind the 57-minute wait, this will be a snapshot of 3000 years of civilisation, all wrapped up in a six-minute package of frocks.

What they said: "Eight million tonnes of plastic are dumped into our oceans, how can you look at this breathtaking beach and not want to protect it?" 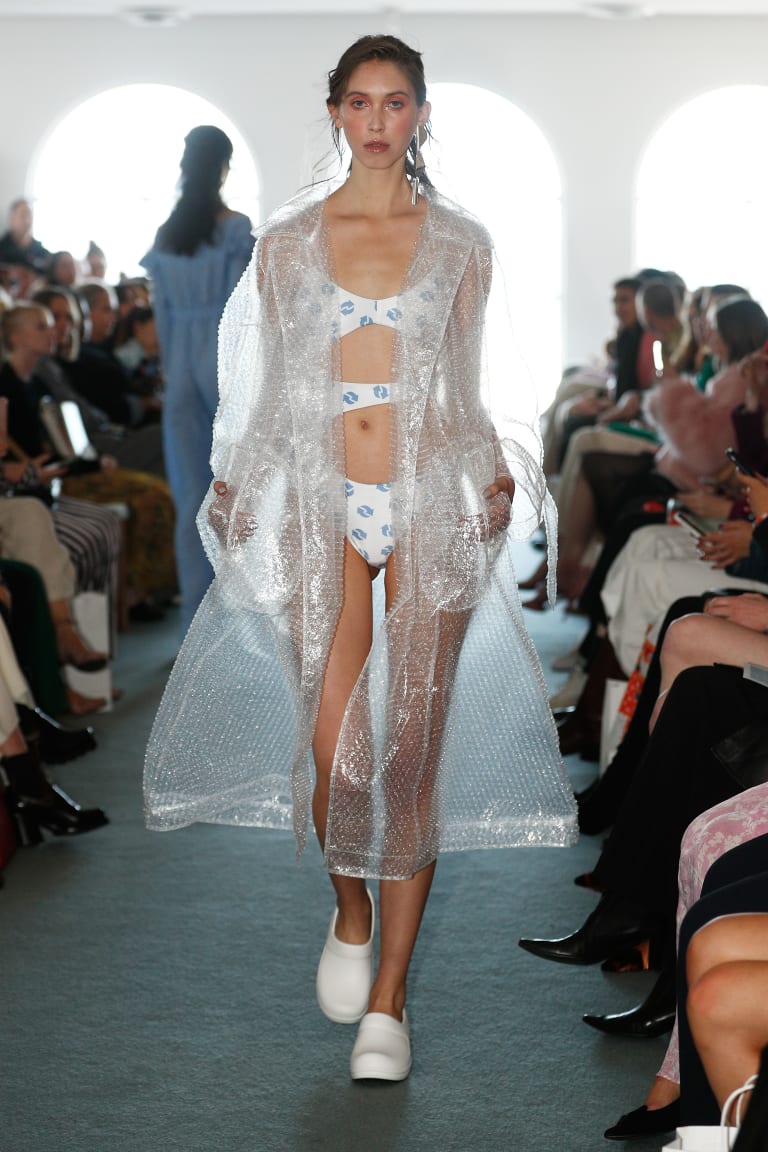 A model shows off part of the Karla Spetic collection.

What we saw: I made a bubble wrap trenchcoat.

The reporter travelled to Sydney as a guest of IMG