“Please do,” we said – as if we could have stopped him! 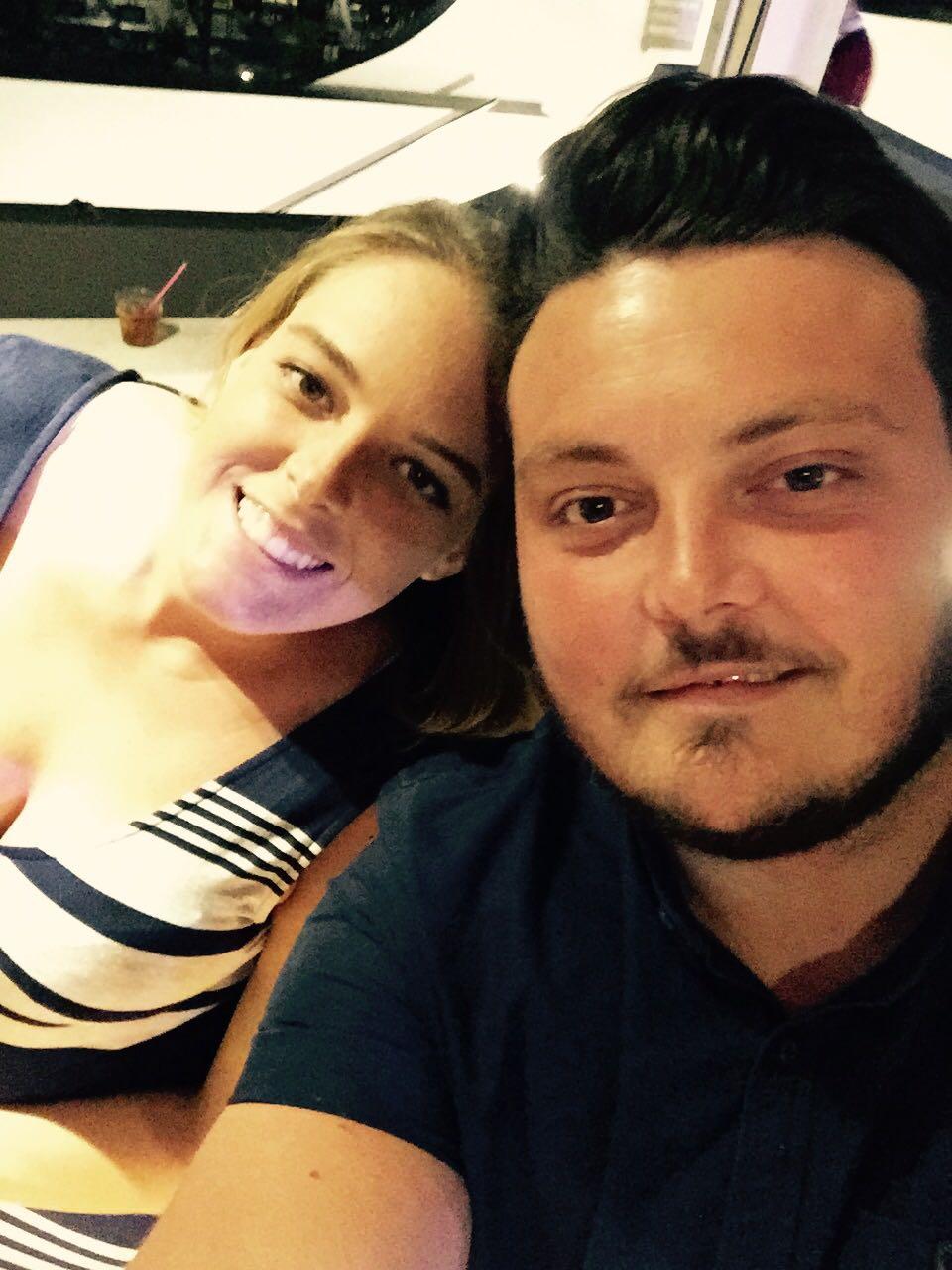 Ashley Grant-Smith was the same age as me – a lively, confident extrovert.

He was so much fun; we met up with him and his mates every day for the rest of our trip, just as good friends.

After our holiday in October 2015, Ashley and I stayed in touch.

He ended up moving from his home town of Leicester to live and work in London as a football sponsorship accounts manager, so with him based not too far from me, we began meeting up.

Soon I’d come to regard him as my best mate.

Two months in, he wanted us to take our relationship further, and become a couple. But I was wary.

I didn’t want to lose our amazing connection if our romantic relationship didn’t work out. 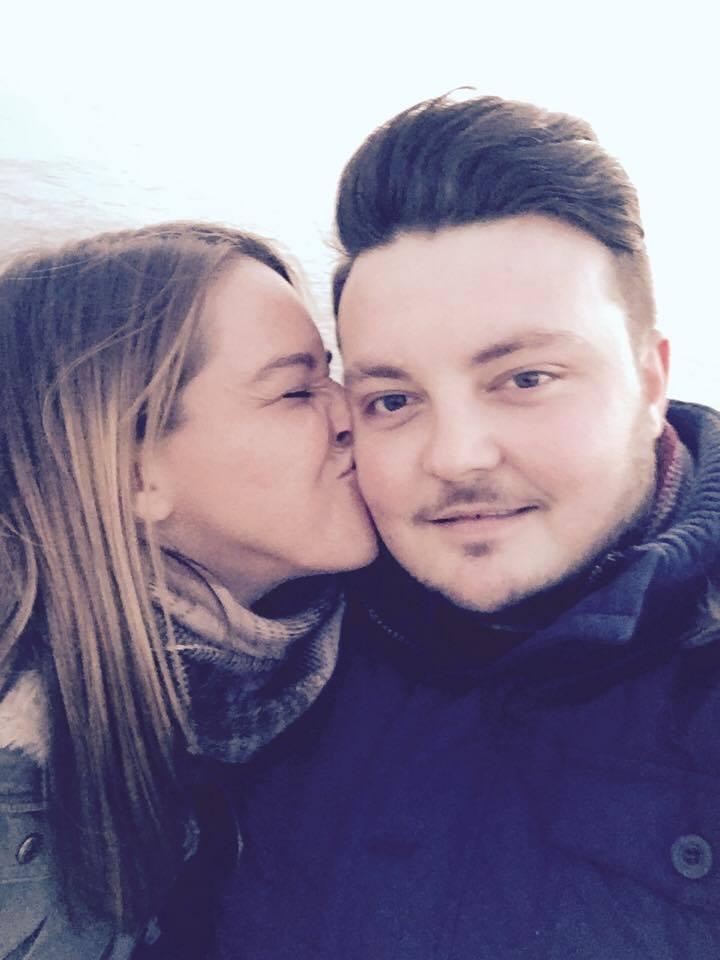 But Ashley wouldn’t take no for an answer.

In December 2015, the two of us went to Leicester for the weekend.

When I found out he’d been telling his parents Donna and Richard that I was his new girlfriend – before I’d actually agreed to start going out with him – I had to laugh.

That was typical of Ashley. When he set his heart on something, he went after it, and made it happen.

“All right, we’d better make it official,” I agreed.

In January 2016, I told Ashley I thought he ought to see his GP.

Since we met on holiday, he’d had a red lump at the back of his neck, which his family doctor dismissed as a harmless cyst.

But several courses of antibiotics had failed to clear it up.

Now it was getting bigger and more angry, and he winced when he touched it.

Ashley saw a skin specialist and had blood tests which gave some unusual results, so he was summoned back to his GP surgery.

Anxious about what he was going to hear, he asked me to go with him. 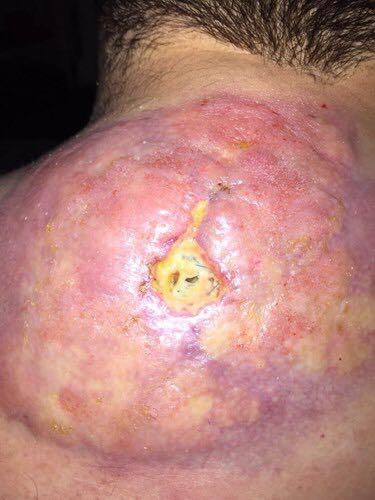 But nothing had prepared us for what we were about to hear.

The doctor said: “I’m afraid you have cancer. But we’re not sure yet what kind.”

It was a dreadful blow. Ashley had no symptoms other than the lump, and we’d never considered it could be something so serious.

He was so brave. Always a positive person, he was determined he could beat it.

After more tests, he was diagnosed with Peripheral T-cell Lymphoma, a rare blood cancer.

It was so unusual there was no standard treatment available. Within weeks, Ashley was having his first chemotherapy.

By then we’d only been together for a year, and had yet to live together. As a relatively new couple, we hadn’t even met all of each other’s mates.

Ashley told me: “Danielle, you didn’t sign up for this. If you want to walk away, I’ll understand.”

But from the moment he was diagnosed, I knew we’d be fighting this together. By then we were deeply in love and in it for the long-term. 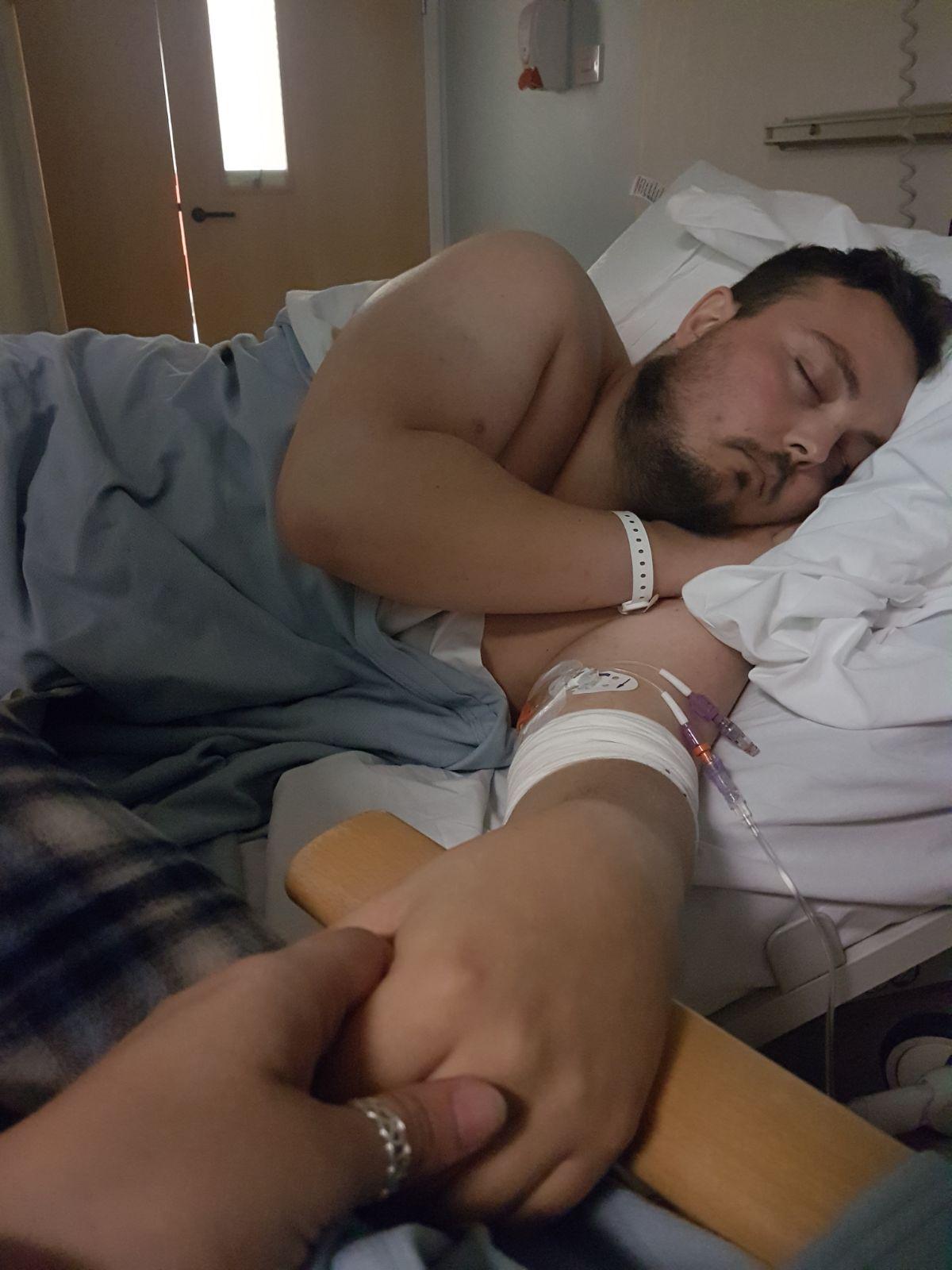 We moved in together, at my flat.

Over the next months, Ashley endured 18 chemo cycles at University College Hospital, London – a centre of excellence for lymphomas.

He also had extensive radiotherapy and took part in two medical trials.

The treatment made him extremely ill. He lost his hair and suffered a series of nasty infections and setbacks.

Spending weeks at a time at his bedside in hospital, I was happy to take on some of his nursing care, cleaning his wound and changing the dressings.

But as the months went by, the tumour on his shoulder continued to grow.

We nicknamed it Colin.

I joked: “There are three of us in this relationship and it’s too crowded – Colin must go.”

But Colin wouldn’t budge, whatever the doctors tried.

After the radiotherapy, there was a brief period of respite when Colin did shrink a little.

But he soon returned, bigger than ever, and started affecting my boyfriend’s lungs and liver.

Ashley faced it all so bravely, always with his trademark big smile on his face.

His family and friends were amazing, giving him so much love and support.

But on sleepless nights beside his hospital bed, it was hard for me to remain as positive as he seemed to be. 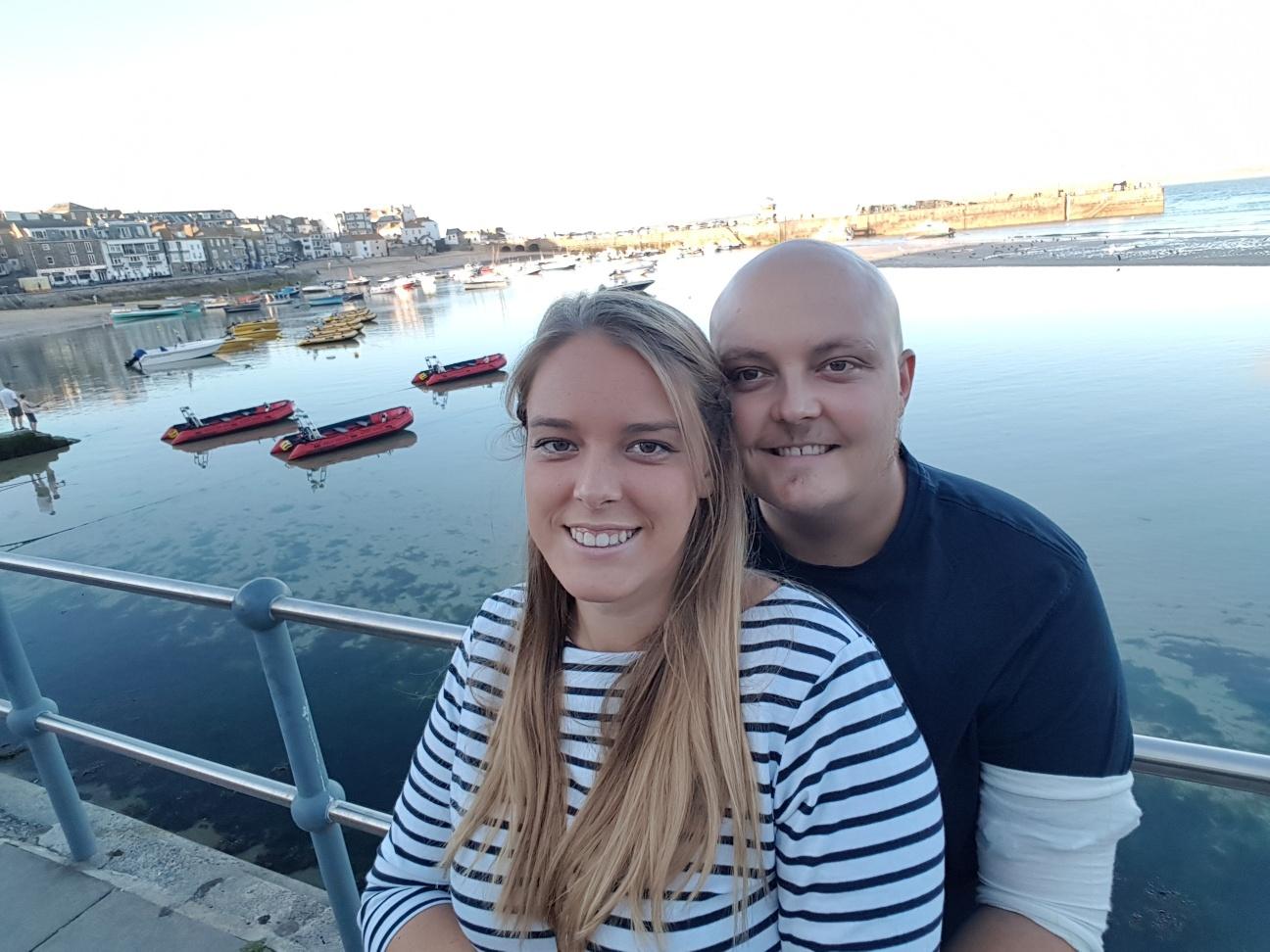 I asked myself over and over: “Why did this have to happen to my Ashley? What have the two of us done to deserve this?”

Ashley was not only my boyfriend, he was also my best friend, and the bond we shared went to the very core of me.

The possibility of losing him was unbearable.

Still determined to focus on our future, we decided to sell my flat and buy a new place, together.

Ashley fell in love with a three-bedroom semi-detached house, and our offer was accepted.

In August 2017, thanks to the Anthony Nolan Foundation, a donor was found to enable Ashley to have a stem cell transplant.

By then all other available treatments had been exhausted, and it was made clear that this was the very last option to cure his disease.

But he began deteriorating fast – and was too poorly to have the stem cell transplant.

Scans revealed that Colin was spreading even further. 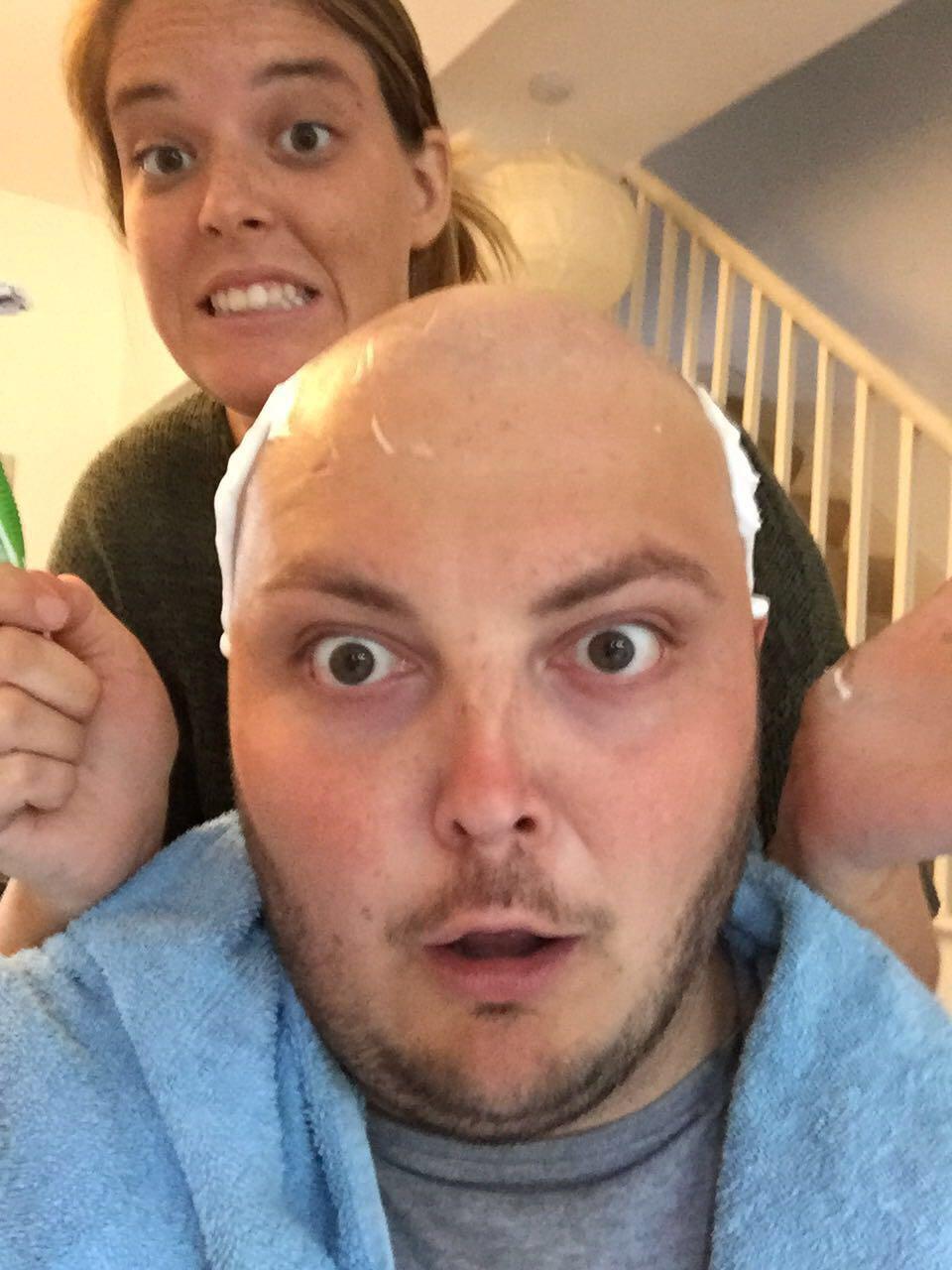 With no more options available to Ashley on the NHS, we found a doctor at University College Hospital willing to take him as a private patient for immunotherapy to put him into remission and allow him to have the stem cell transplant.

We began fundraising. In a matter of weeks we raised £25,000. We hoped Ashley would begin his immunotherapy in the autumn. But it wasn’t to be.

In September 2017, tests revealed that Ashley’s cancer was now terminal.

He had only weeks to live, and he knew just where he wanted to spend them.

So we went to his beloved Leicester, where he could spend time with his parents, his sister Hayley, grandparents Freda and Dennis, and his best mates Mitch, Luke and Ashley.

As we cuddled on the sofa in the house where he had grown up, I asked him: “Ashley, have you got any regrets?”

He said: “I’ve had a great life. The one thing that makes me sad, is that we haven’t been able to get married.”

But maybe we still could… 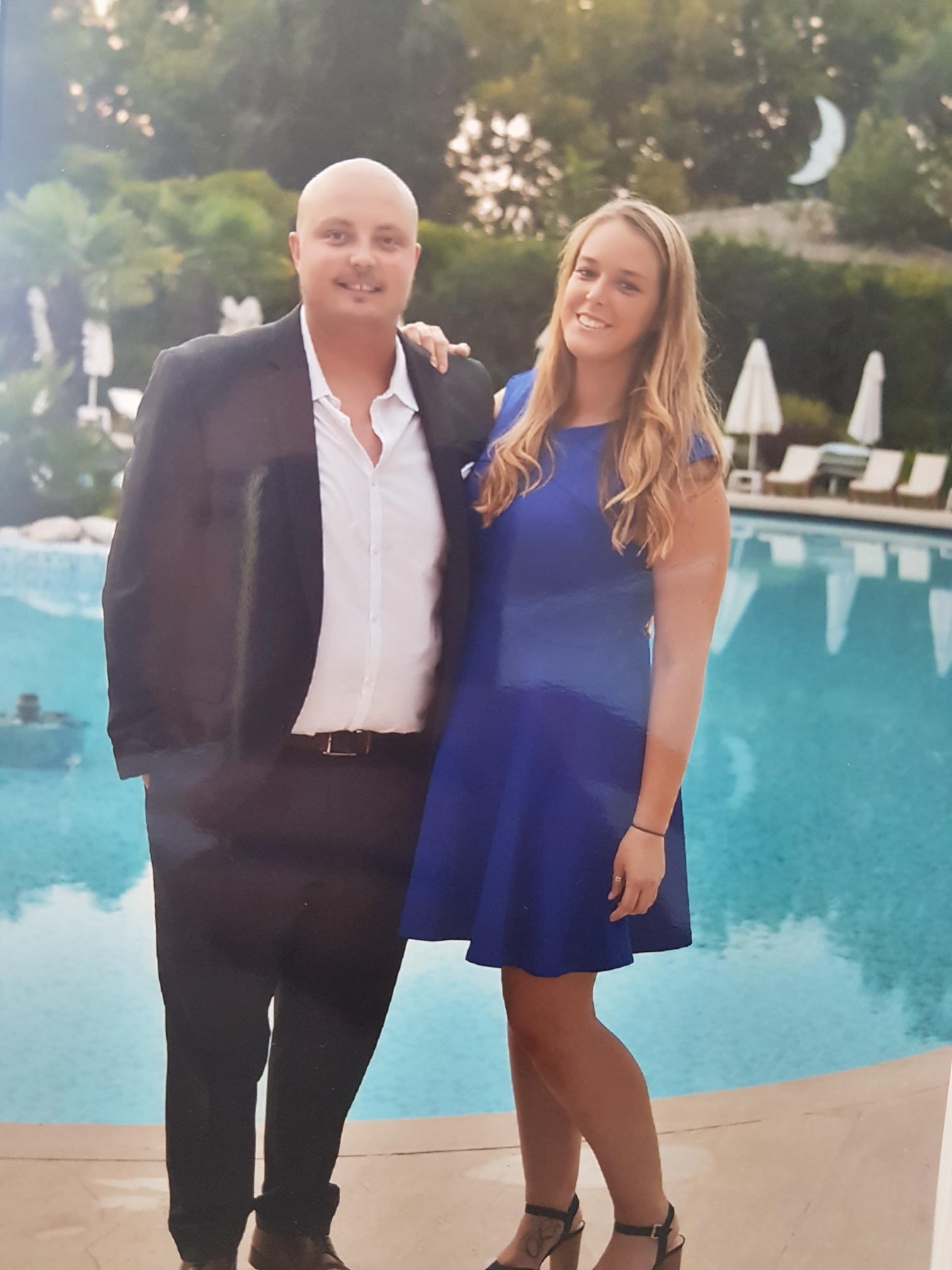 I contacted Leicester Register Office, who agreed to a short-notice ceremony, to take place at Ashley’s family home.

First I’d need to attend the register office, with some paperwork.

But that morning, Ashley was extremely poorly – I wasn’t sure whether to go, or stay home with him instead.

His mum told me to go to the register office, as that’s what Ashley would have said – it meant so much to him for us to get married.

But as I walked in my phone rang – it was Ashley’s parents, telling me to return to the house as fast as I could.

By the time I got there, Ashley had passed away.

He was always so caring and thoughtful.

I truly believe that he waited for me to leave the house and then slipped away quietly – wanting to make his passing as easy for me as it could be. 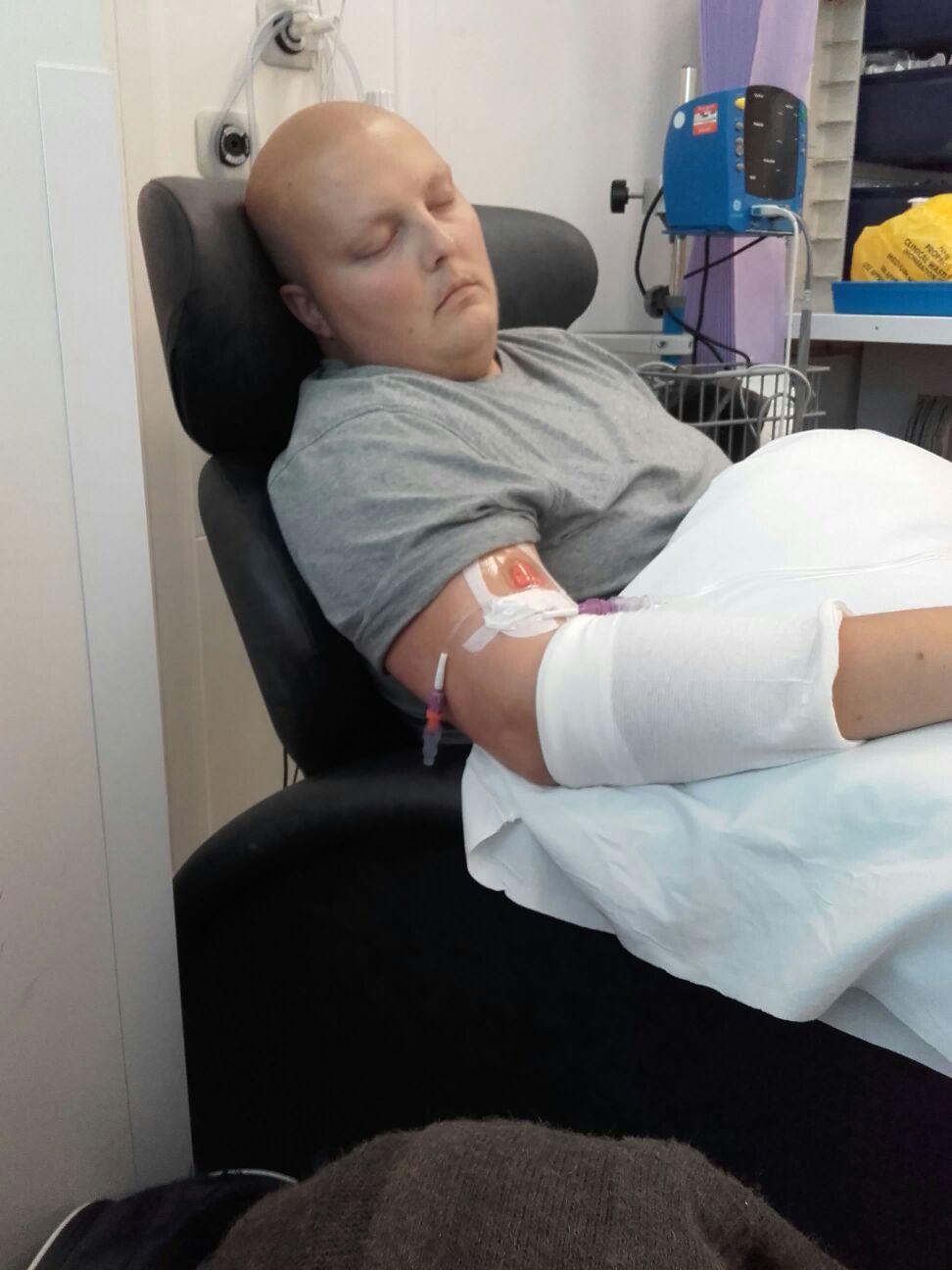 It was devastating, but so many other people had loved Ashley, too. On the day of his funeral, 300 people crammed into the service.

Since then, time has gone by in a blur of grief and misery. His family and friends are incredibly kind and supportive, but it’s been so hard.

I try to remember how positive Ashley always was, how he refused to even consider that he might be beaten, up until the very end.

Needing a focus to take me forward, I’m soon to move into the little house we picked out together.

And I’ve made a vow to raised £10,000 for blood cancer charity Bloodwise. I trained for two half marathons, the London Marathon and a triathlon!

Ashley was a very special person. We didn’t long have enough together, and we didn’t get to say our wedding vows, like we wanted to.

But his memory will live on in my heart, always. 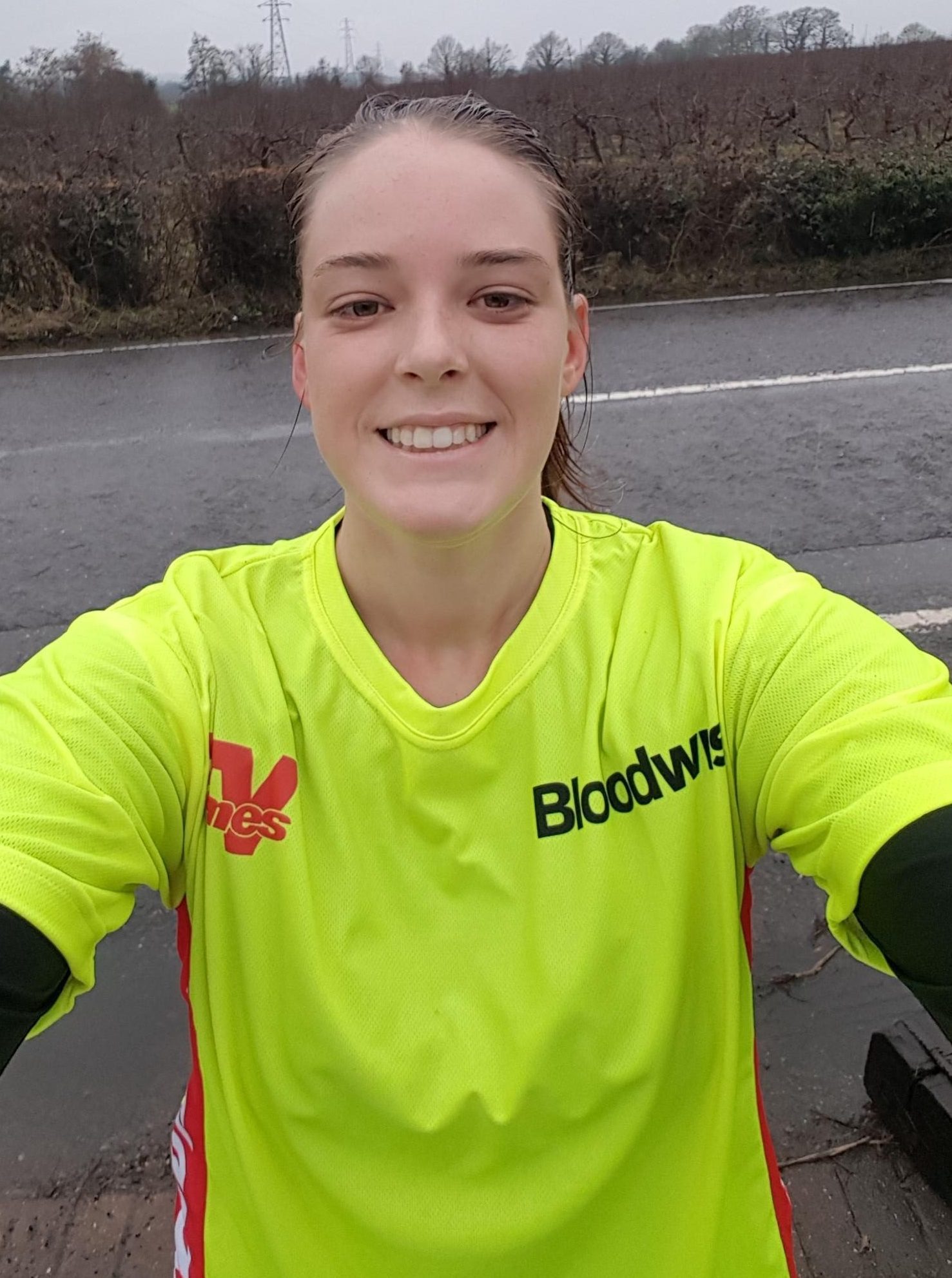 Yesterday we reported that Brazilian model Nara Almeida, 24, has died of cancer after promising her 4.5million Instagram fans that her illness was "just a phase".

Meanwhile experts have issued a 10-point plan to slash cancer deaths by up to 40 per cent.